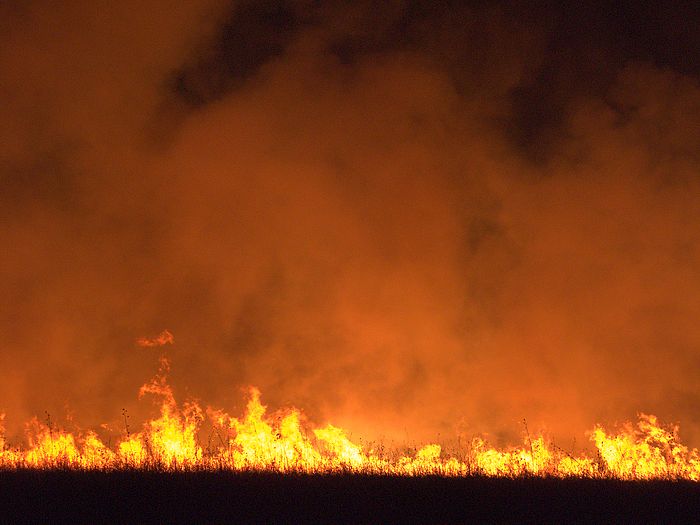 Before the Native Americans inhabited the prairie, fires regularly occurred as a result of lightning. Later, Native Americans started fires on the prairie to encourage new green growth in the spring, which in turn would bring the buffalo herds to their area. 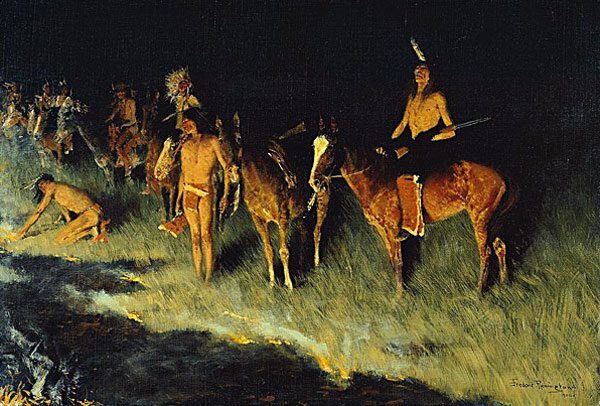 In the mid 1800s, ranchers burned the prairie resulting in nutritious new growth that would benefit the cattle they brought up from Texas.  Today, for a landowner wishing to maintain a prairie ecosystem, prescribed burning is the most effective and least expensive solution.

Prairies contain plants, insects, birds, mammals, and reptiles, many of which are found only on the prairie. Controlled burning helps release nutrients from the dead vegetation so it can be used by the new plant growth. Solar energy is more readily absorbed due to the blackened soil, which stimulates the seeds to germinate and grow quicker. Burning also helps to control shrubs and trees that invade the prairie. Without burning, many of the prairies would eventually turn in forests.

Last night, Harland was asked to help with a controlled burn of about 50 acres of prairie. Besides farming, Harland is also a volunteer fireman. He asked if I wanted to tag along, and so I did, never having “attended” a prairie fire before.  In the past I’ve seen prairie fires from a distance, but never participated in one. First, an area around the land was cut and raked to contain the fire to the prescribed area. As there was a breeze out of the southwest, the fire was started in the northeast corner of the land. 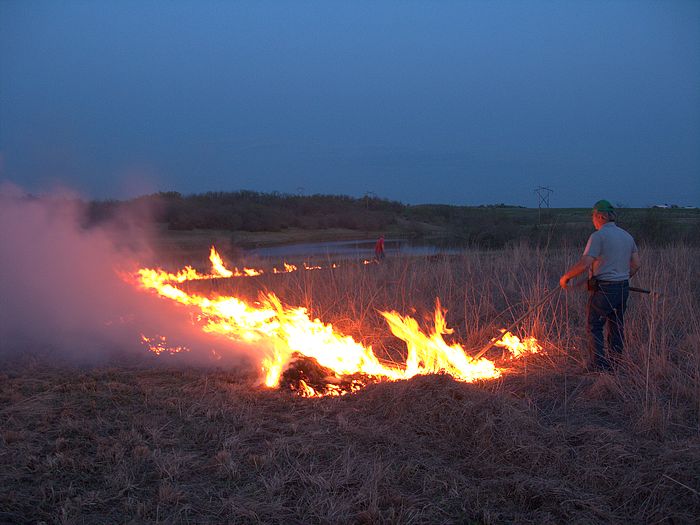 This forces the fire to burn into the wind, thereby controlling the speed that the fire travels across the land. 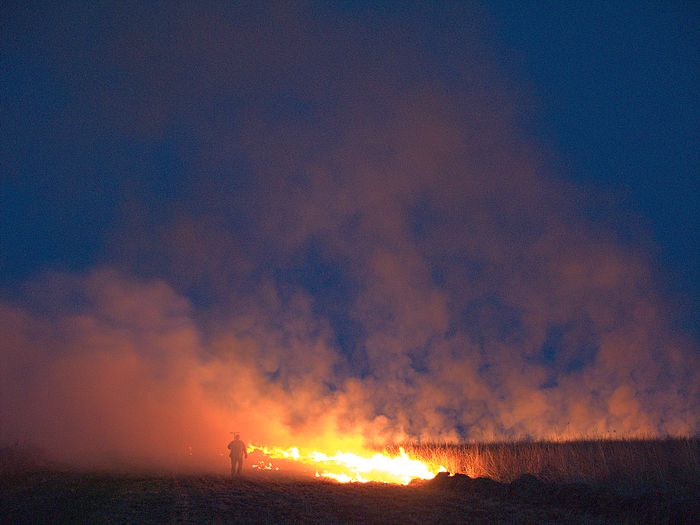 The heat was tremendous, and the crackling and popping of the dry vegetation as the fire swept over the land was much louder than I would have imagined. 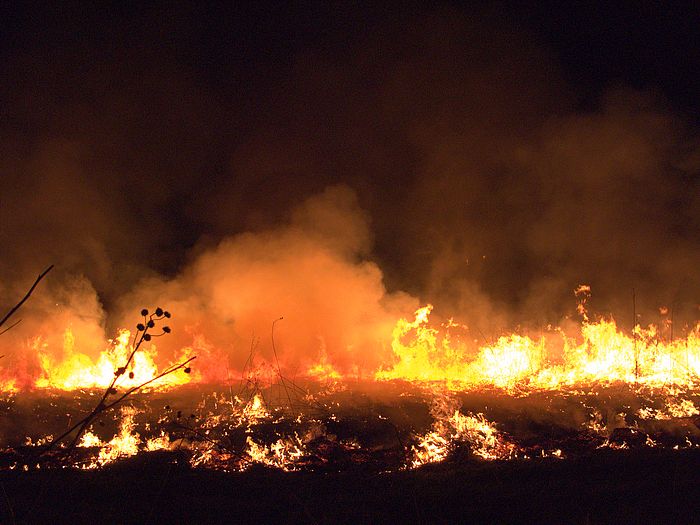 At one point I looked away from the fire, and saw that its light cast an eerie glow on the land around. 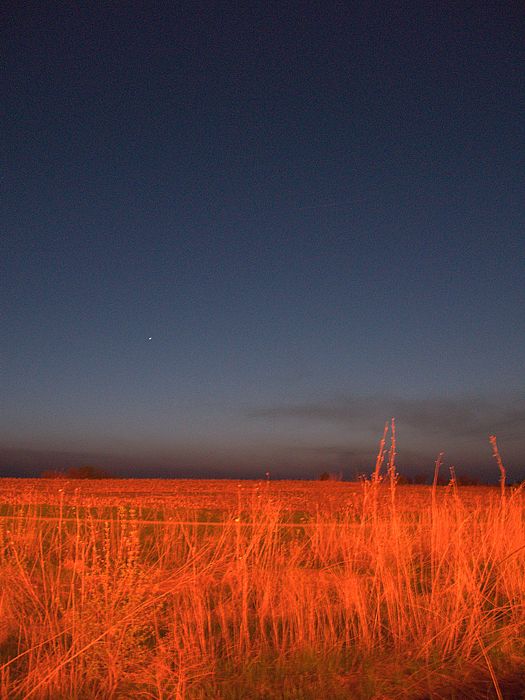 The guys kept a careful eye on the fire to ensure that it did not spread into an unwanted area. 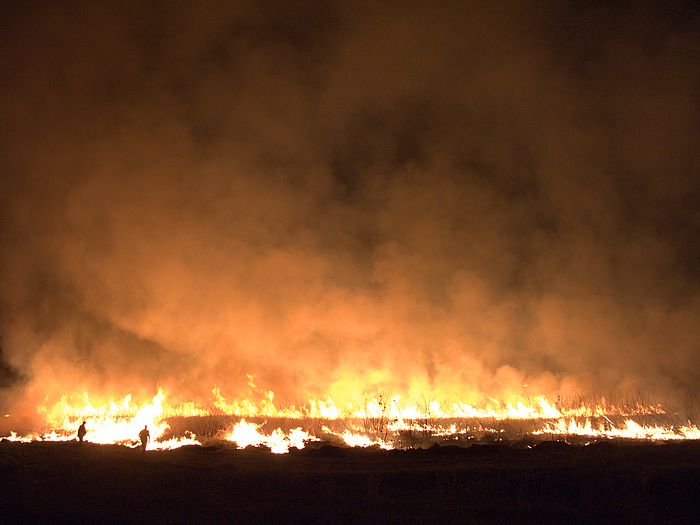 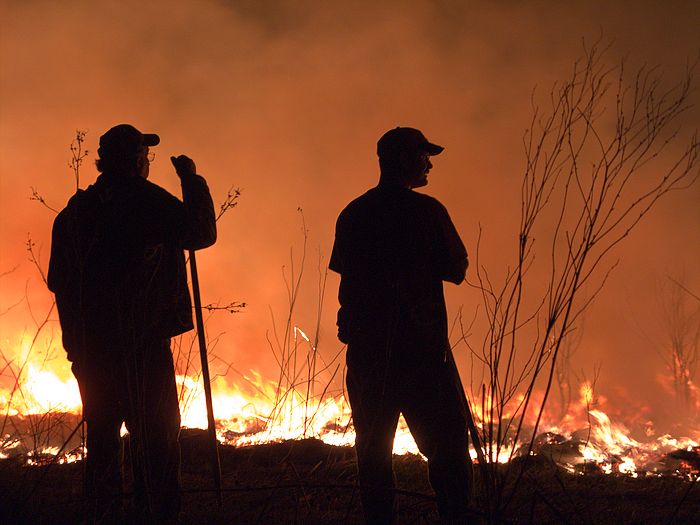 The burn was started about 8pm, and was concluded by 9:30pm.  Soon, new green growth will pop up out of the blackness as the prairie renews itself.