You ever have one of those days that turns out to be one of the best days of your life, and you never saw it coming?  I had one of those on Saturday.

All summer long Harland has been working on a photo assignment for the Kansas Sampler Foundation for a book about the 8 Wonders Of Kansas. He’s been all over the state shooting a wide variety of subjects and people. Some of them he’s shot from the air for a better view. Saturday morning he photographed a town square in Blue Rapids, and he hired a helicopter this time for the job. So early that morning, we met the helicopter in a field near the high school. 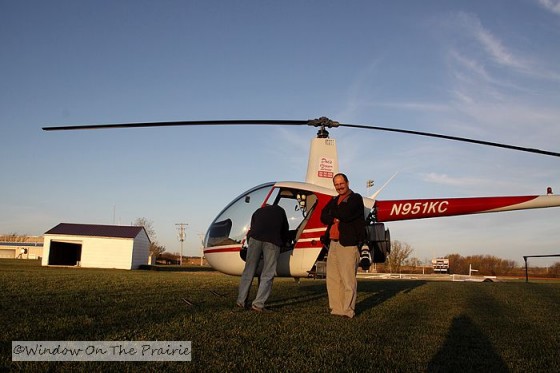 The pilot is a dentist and flies in his spare time. 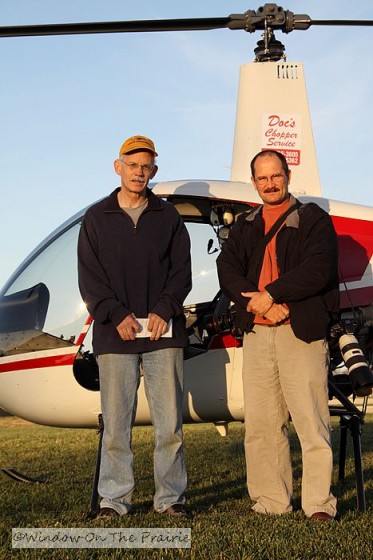 He took the door off the helicopter on Harland’s side so he could take pics without worrying about glare. I kissed Harland goodbye forever, asked if we had a will, and then he took off. 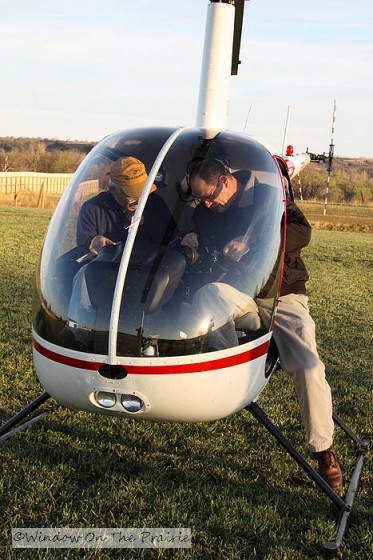 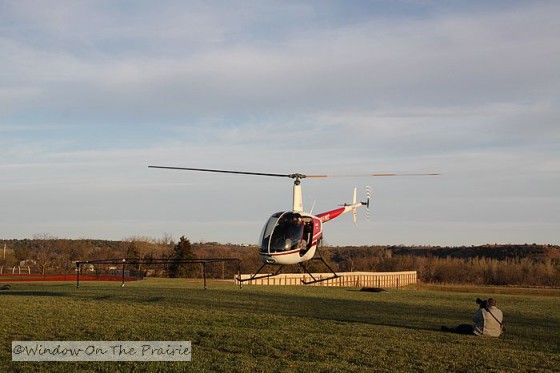 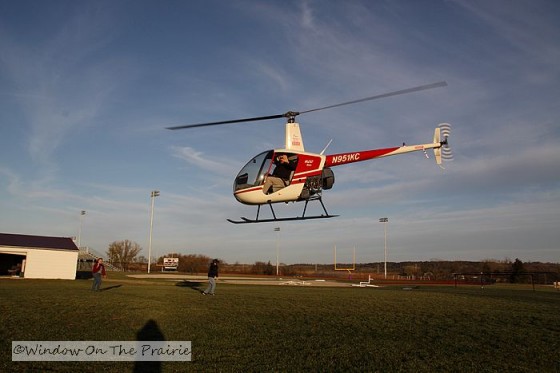 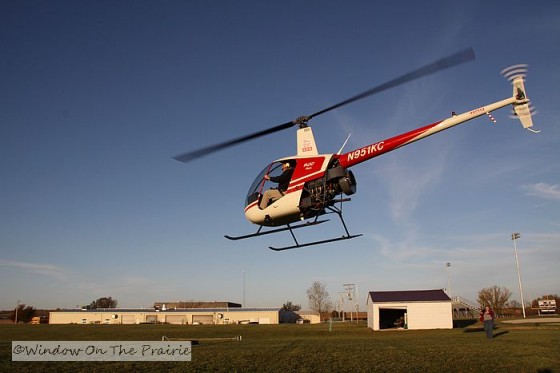 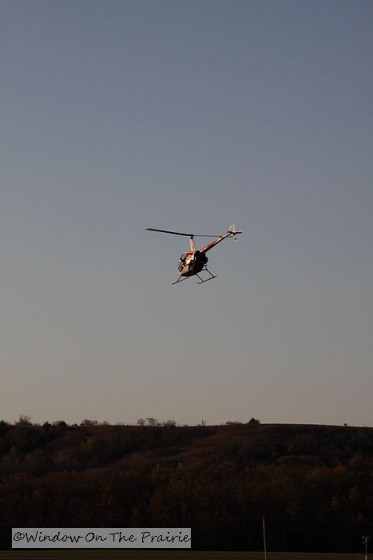 He was gone for about 10 minutes taking pics of the town square, and when he returned he got out of the helicopter and motioned for me to come over. 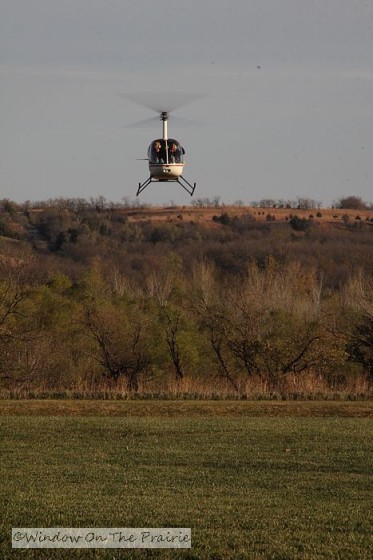 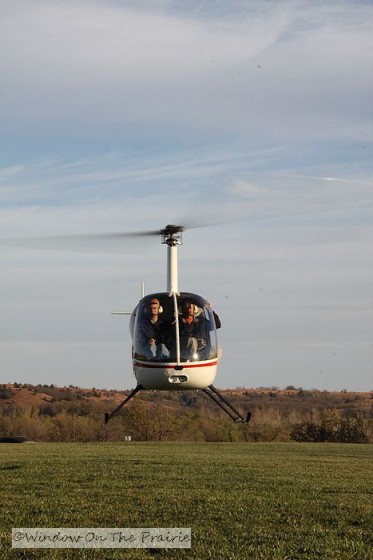 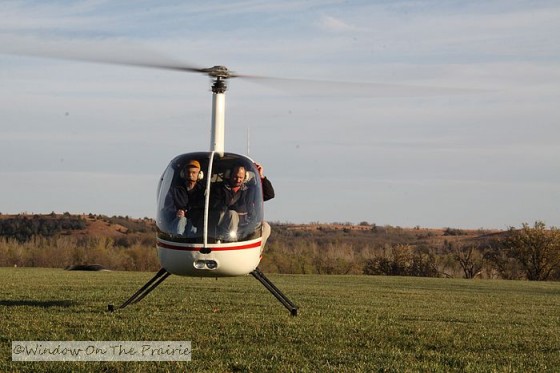 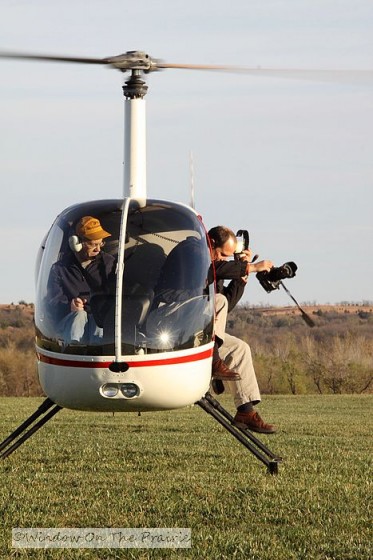 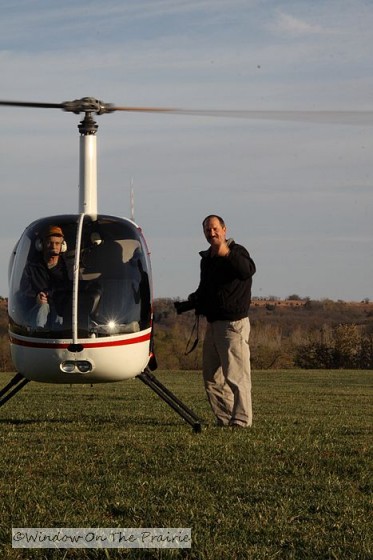 I thought he needed help with his camera equipment, but as I approached, he pointed at the seat and said I could go for a ride too and pushed me towards the seat. There was no time to think, and I just got in, put on the headphones, buckled my seatbelt, and we took off. 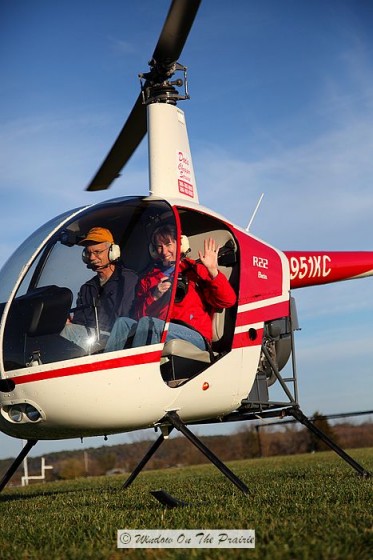 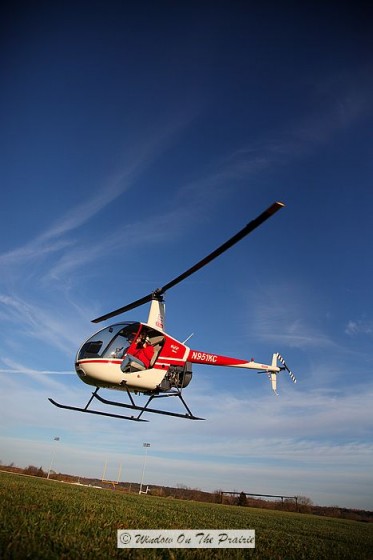 I took pics of Harland taking pics of me as we flew away. 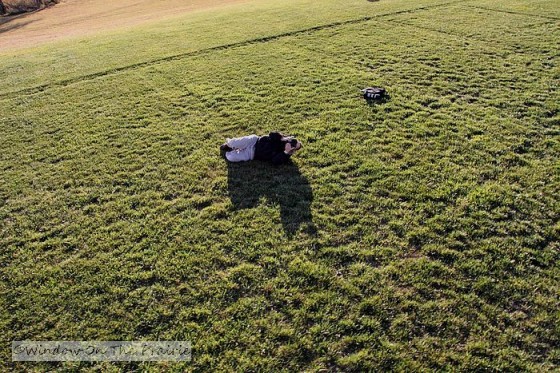 As we climbed higher and higher, and I realized there was nothing between me and the ground far below but my seatbelt, 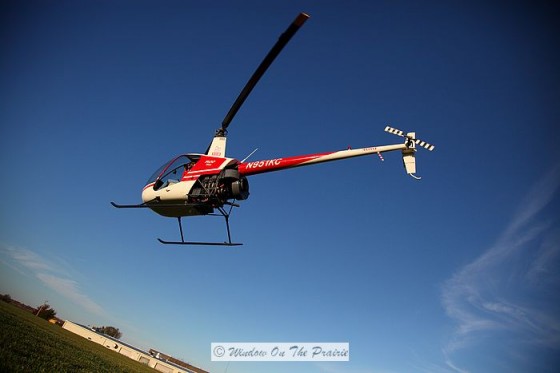 I began to panic and profanity began to pop out of my mouth. Oh sh**, OH SH**!  I leaned away from my open doorway and was squishing the pilot against his window. He asked if we needed to go back, but I said no. This was a great opportunity, and I wanted to get some pics from air. So I started clicking away, calmed down, and began to enjoy myself. He asked if I wanted to go over the town square like Harland had, and I said I’d rather go out over the countryside, so we flew around over the hills, farmland, and down along the Blue River. It was all so beautiful in the early morning light. We were up for only about 10 minutes, but it felt like a lot longer, and I took about 120 pics. We finally headed back to the landing spot, 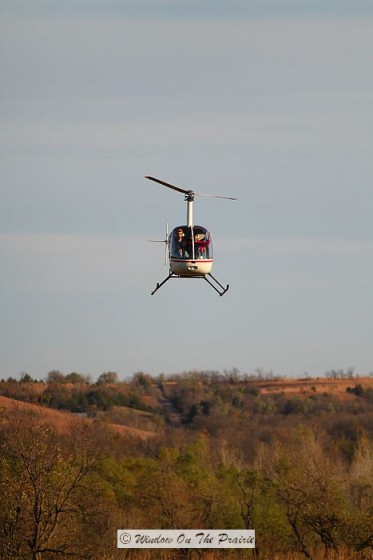 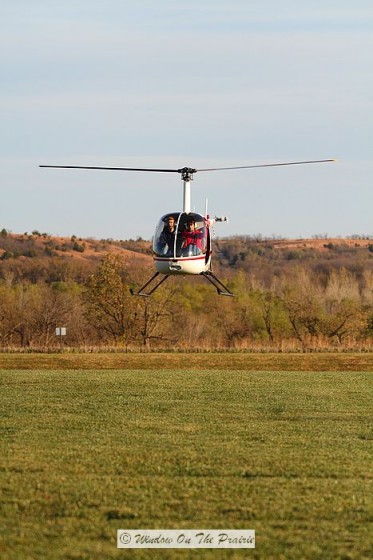 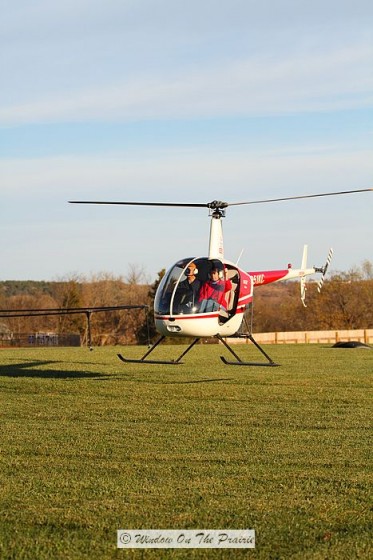 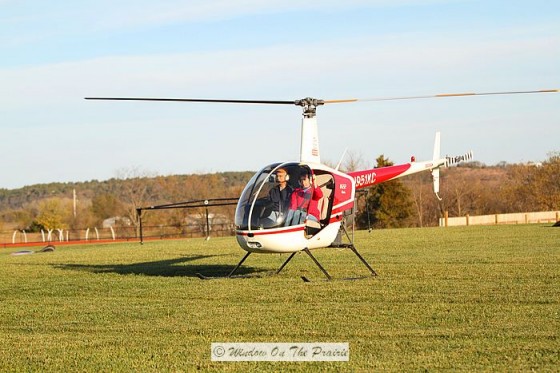 and I got out of the helicopter and gave Harland a big hug. It was so much fun, so beautiful to be up in the air and see what the birds see every day. And I was so pleased with myself for not chickening out despite my fear of heights. And so when Harland took my picture next to the pilot afterwards, I looked really goofy, but I was literally just high on life. 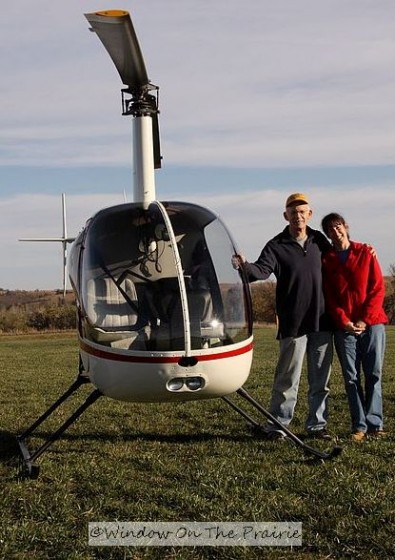 I had a smile on my face for the rest of the day.

——–>Up Next Tomorrow: Pictures taken on my helicopter ride! 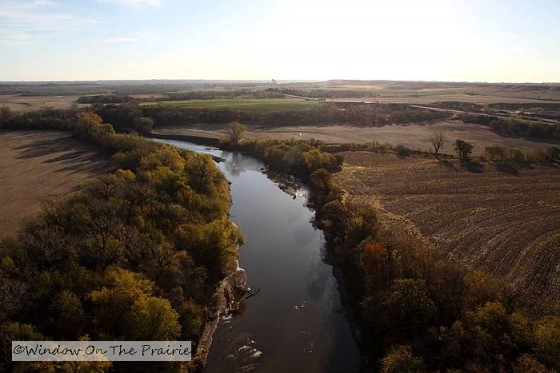