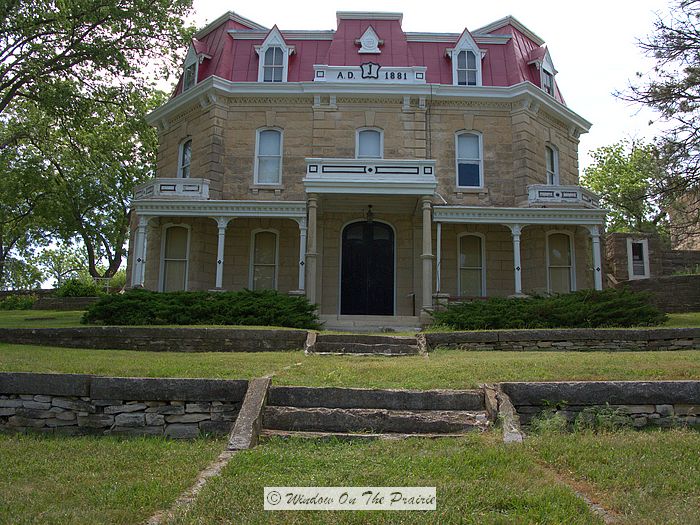 Saturday, as part of our visit to the Tallgrass Prairie National Preserve, we paid a visit to the Spring Hill Ranch which lies on the property owned by the Preserve. The history of the ranch and its buildings is a facinating trip back in time.

In 1878, Stephen & Louise Jones, successful cattle ranchers, moved from Colorado to Strong City, KS to start a cattle ranch on the Kansas prairie. Over the next 2 years, they bought 7000 acres of land north of town, and enclosed the land with 30 miles of 5 foot high stone fence.  In 1881, they built a 3 story 11 room mansion of native limestone at a cost of $25,000. 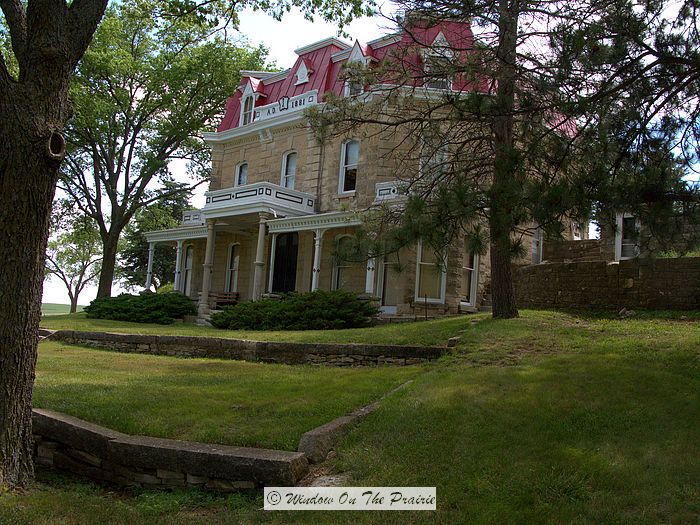 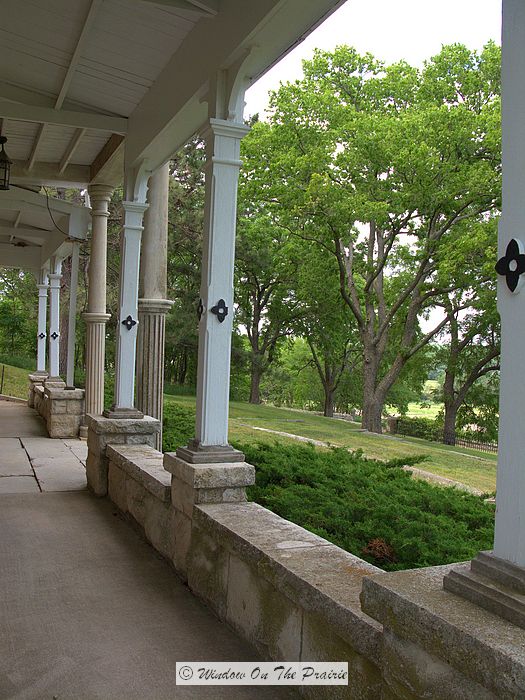 and looked out over land across the road planted with an orchard. Sadly, the orchard no longer exists, but the view is still spectacular. 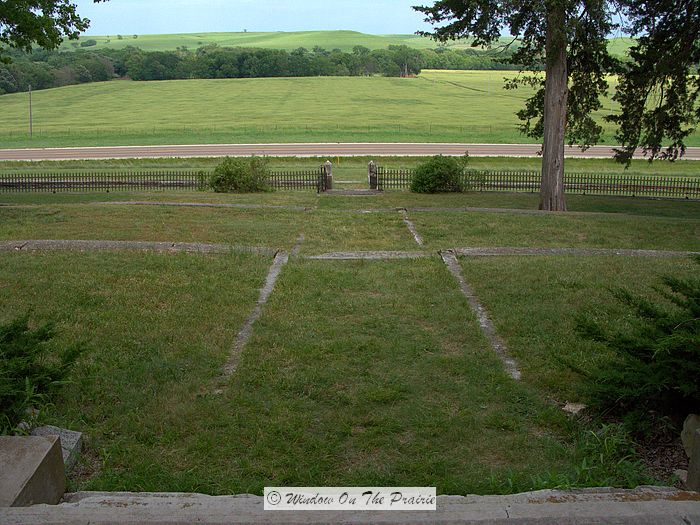 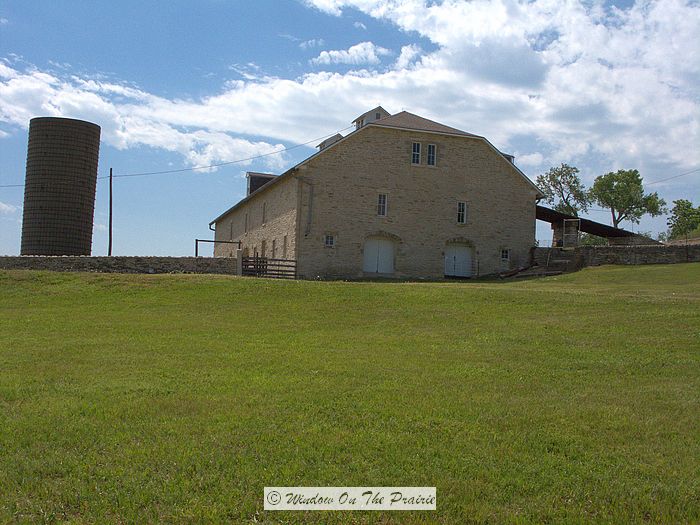 The bottom floor of the barn stabled horses and milk cows, and the upper floors stored hay and grain. Wagons rolled up the ramps on the north side of the barn to the 2nd floor to unload their cargo. 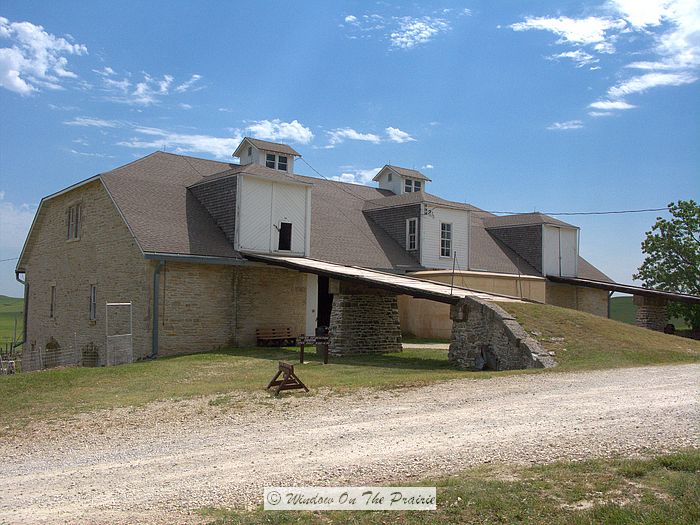 A large double windmill was built onto the barn, the blades of which measured 20 feet in length. It was to be used to power chopping hay and grinding grain, but due to the immense size of the windmill, when it was run, it nearly shook itself and the barn apart, so it was not run, and eventually dismantled.

In total, the Jones’ spent a modern equivalent of $1.9 million on the buildings and fencing. But after living on the ranch for only five years, they sold the property for $95,000. Through the years, the property was sold numerous times. Part of the ranch land was sold off, and the house, at times, was not occupied. Then in April 1971, the ranch buildings were entered on the National Register of Historic places. In 1994, the ranch buildings, and nearly 11,000 acres of surrounding prairie were purchased by the National Park Trust. In 2005, the majority of the land was sold to the Nature Conservancy. Together with the National Park service, they preserve the prairie and the ranch, as well as the history of the Native Americans, for use and enjoyment by future generations.

The house and barn are available for tour, but unfortunately, we arrived there in the early evening, and they were closing for the day. Ladies in period dress were closing up the barn. 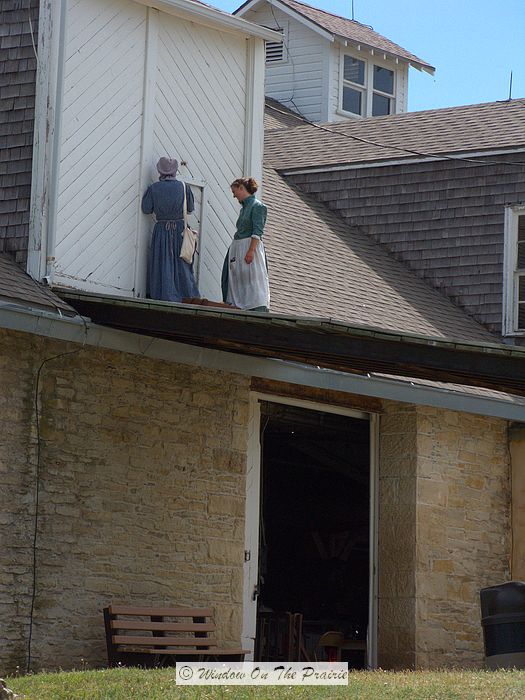 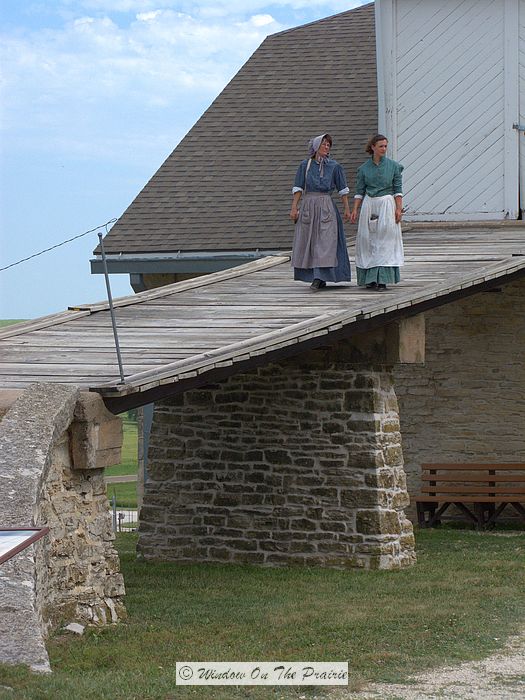 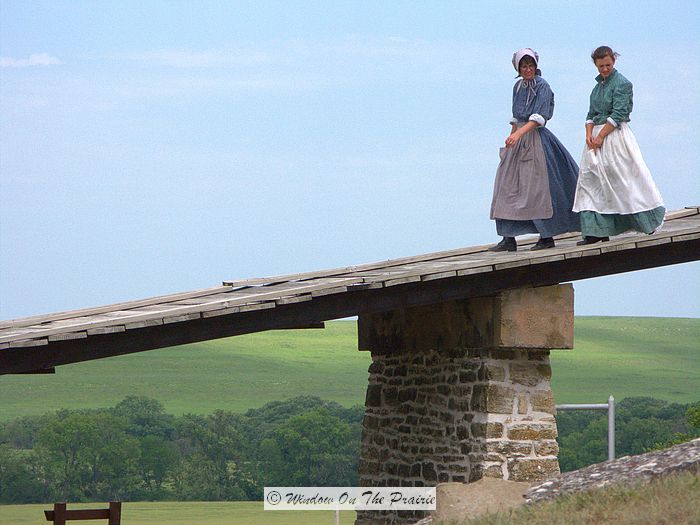 Even though we were not able to tour the buildings, you can take a virtual tour  here.