Last week, I bought some granny smith apples eager to make them into a dessert. Last night I finally had some time to do a little baking so I started searching for a new recipe online. Nothing peaked my interest though. Then I pulled out my 1951 Better Homes and Gardens cookbook and looked up apples in the index. This recipe caught my eye – an apple pie with a crumb topping. 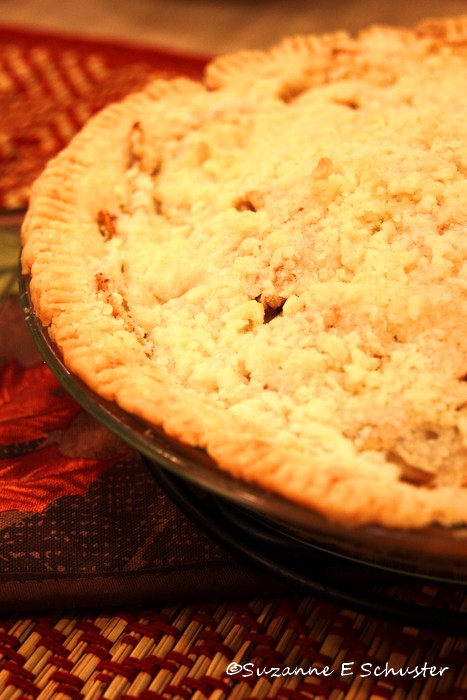 Kind of a cross between apple pie and apple betty – YOU CAN HAVE IT ALL!

Preheat oven to 450.  Prepare pie crust and ease into pan. Press down edge with a fork. 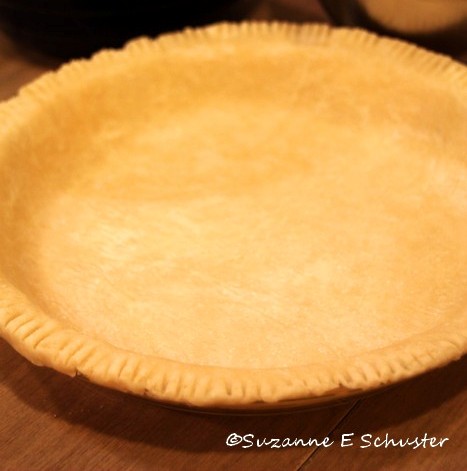 In a small mixing bowl stir together 1/2 cup sugar, cinnamon, and nutmeg. Set aside.

In another small bowl combine 1/2 cup sugar and 3/4 cup flour and mix well. Using a fork or pastry blender cut the butter into the flour/sugar mixture until the the size of small peas. Set aside.

Peel, core and slice the apples and put in a large mixing bowl. 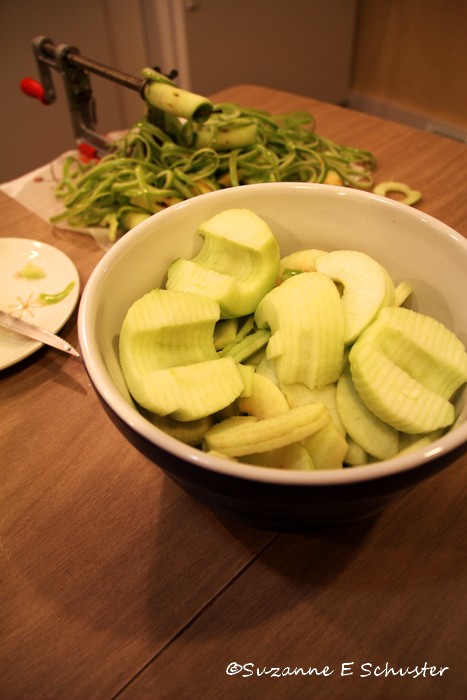 Add the sugar/cinnamon/nutmeg mixture to the apples and stir well.

But first, take note of Kitty sitting next to the heat vent: 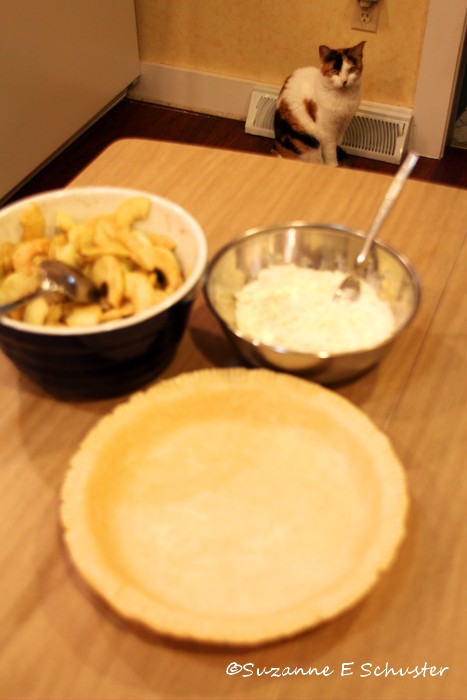 This is Kitty’s not so subtle way of letting me know she’s cold and I need to turn up the heat. “Turn up the heat woman! I’m freezing to death!“

Pour apples into prepared pie shell and mound in the center. 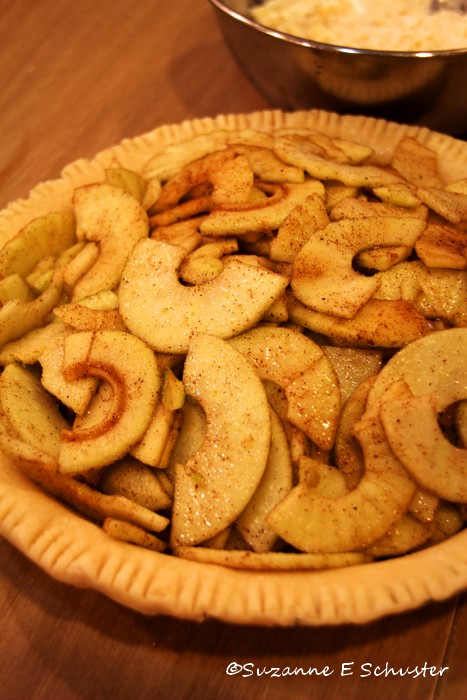 Sprinkle butter/flour/sugar mixture evenly over the top of the apples. 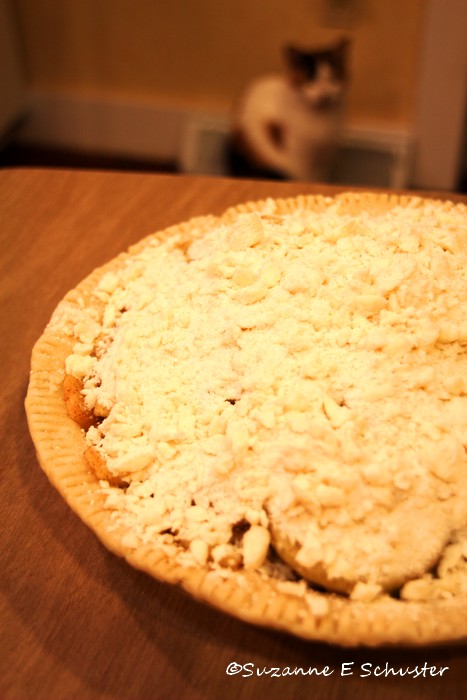 Bake at 450 for 10 minutes, then reduce temperature to 350 and continue to bake about another 40 minutes. Place a pie crust shield or aluminum foil over the edge if the crust is becoming too brown.

While the pie was baking, Kitty got a case of the sillies and ran laps around the house pretending all the while that I was chasing her even though I never left the kitchen. At any rate, she warmed herself up and didn’t need me to turn up the heat after all.  Problem solved.

When the pie is done, remove from oven and allow to cool before serving. 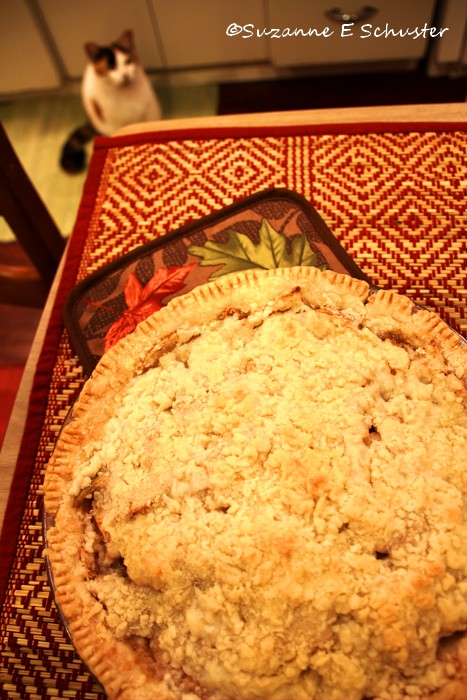 I had to remove mine from the oven about 10 minutes too soon as Harland called and needed to be picked up from the cornfield. This was about 8pm and he hadn’t had his supper so I removed the pie from the oven and left it too cool while I set out to pick up Harland. It was done, just not as brown on top as I would have liked. 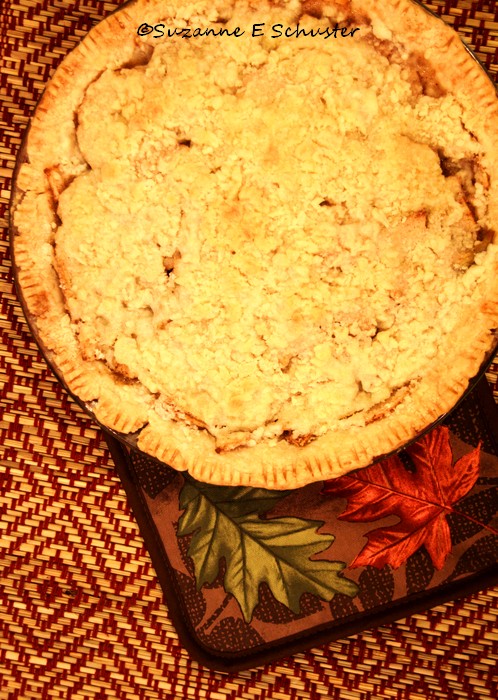 After we got back home, Harland had his supper. 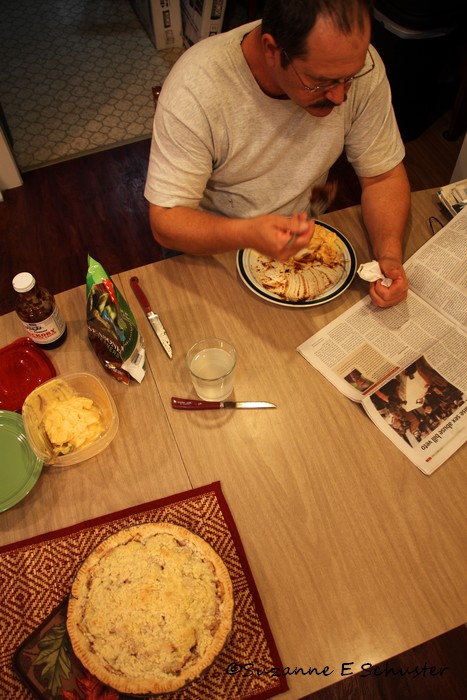 Then we had pie. I’ll definitely be making this recipe again: warm spiced apples nestled in a flaky pie crust generously covered by a crumbly buttery topping. 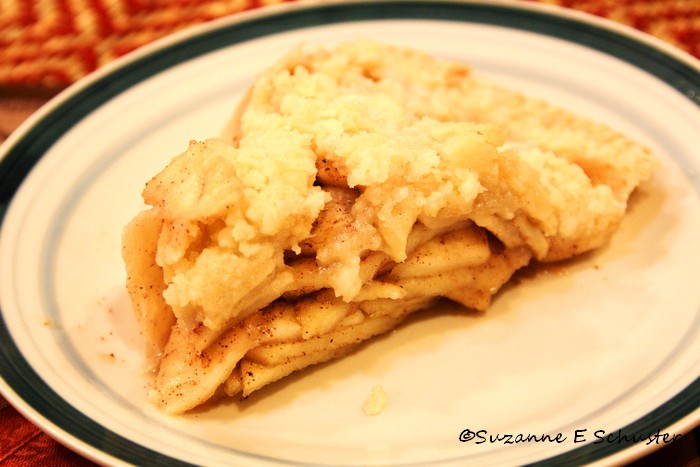