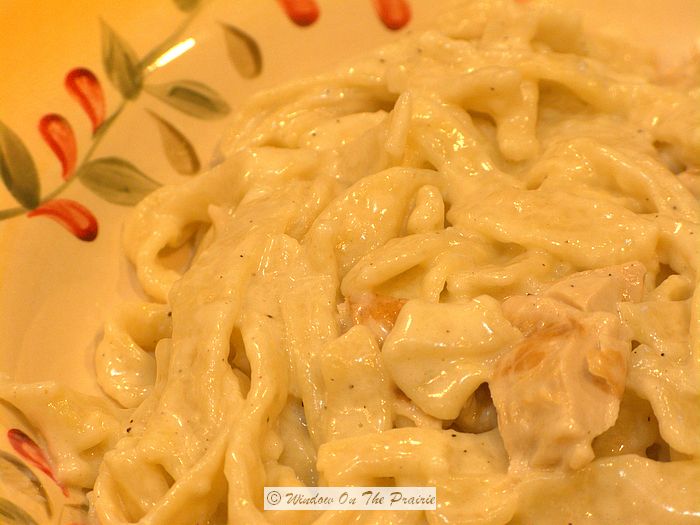 Last night, I made homemade egg noodles, one of my favorites. They are very easy to make, and don’t require any special equipment. First, I made the noodles, then cooked them, and then made homemade chicken alfredo with them. My housecat, Kitty, helped….well, sort of.  Anyway, let’s learn a little about the humble noodle, and then we’ll move on to makin’ em.

In a medium bowl mix together the flour, 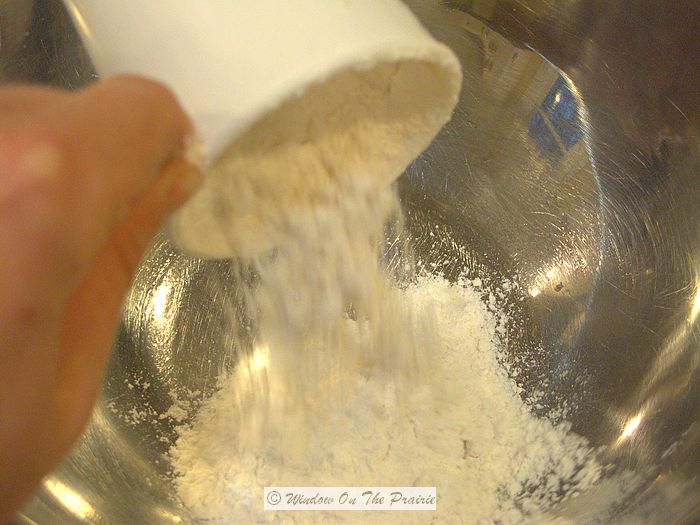 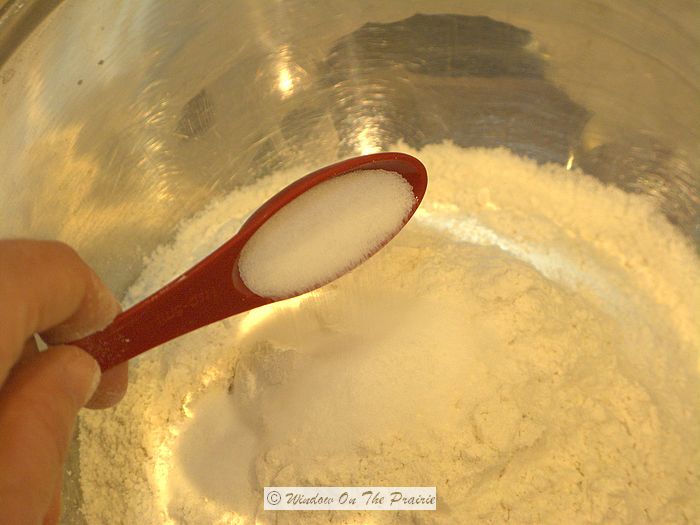 Add the egg yolks and egg. 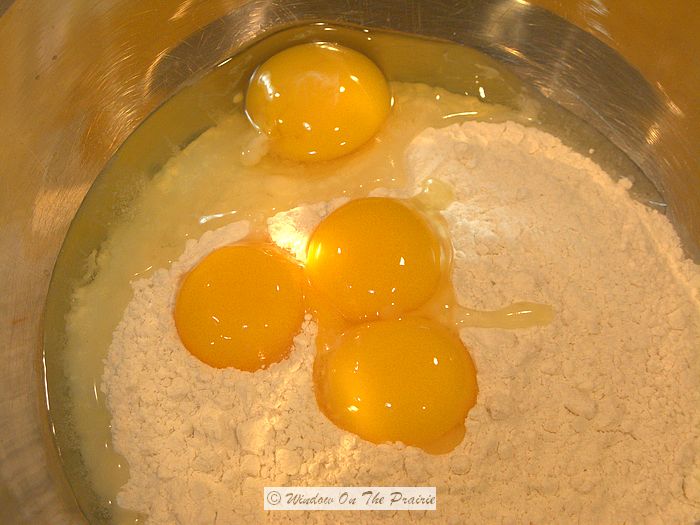 Stir together well. Mixture will be crumbly. 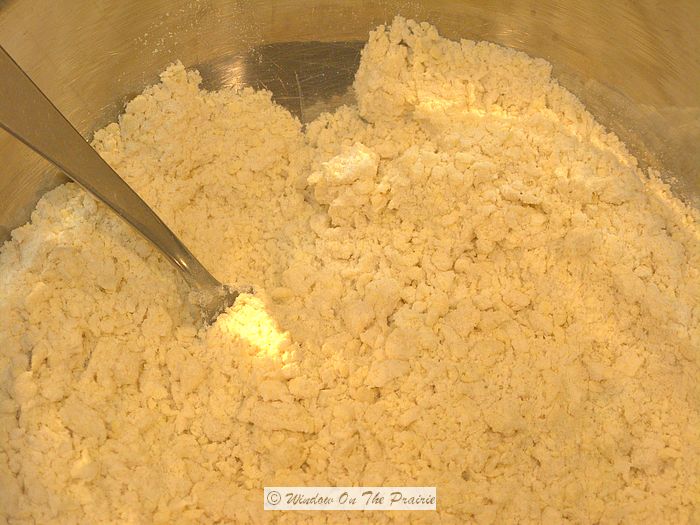 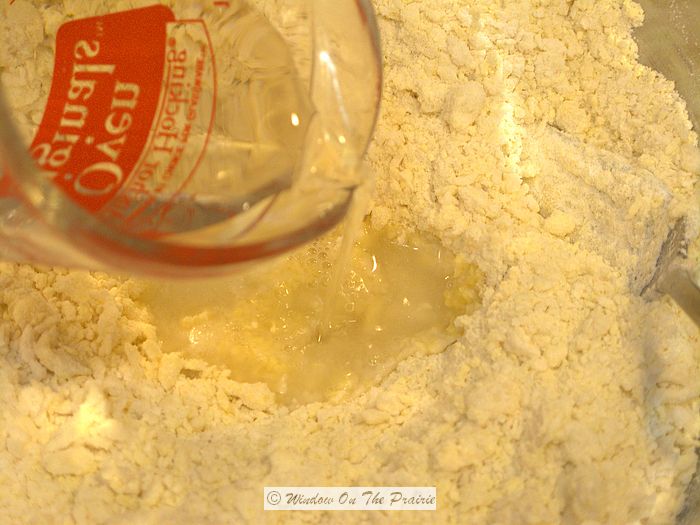 Stir the water and dry ingredients thoroughly. If dough is too dry, add enough water to make it easy to handle. If you add too much water, it’s ok, just add flour until it is easy to handle(not sticky). 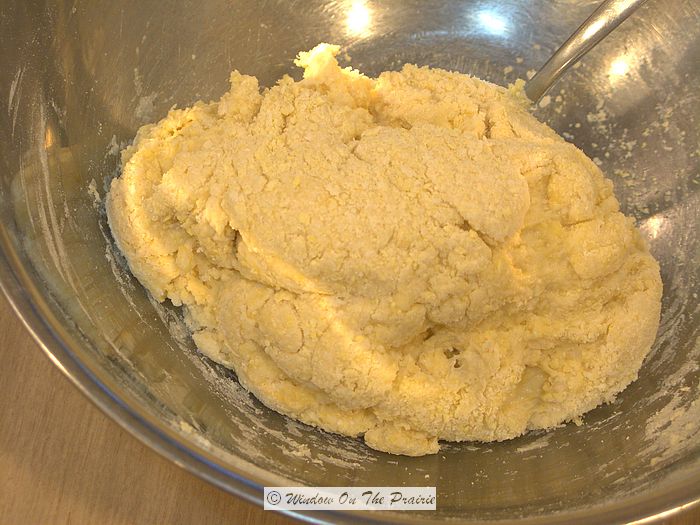 Sprinkle flour over your work surface, and turn dough out of the bowl. 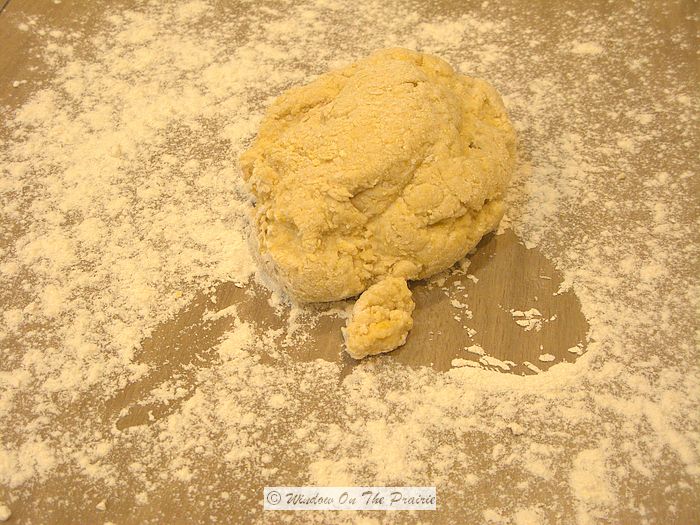 Use your hands to flatten it out some. 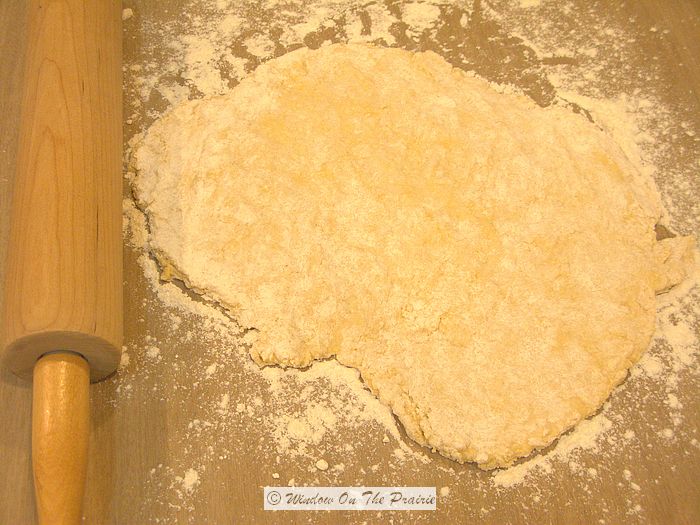 And then, using a rolling pin, roll the dough out until its 1/8 inch or less.  If it sticks to your work surface, gently peel it back and throw some flour where it’s sticking. 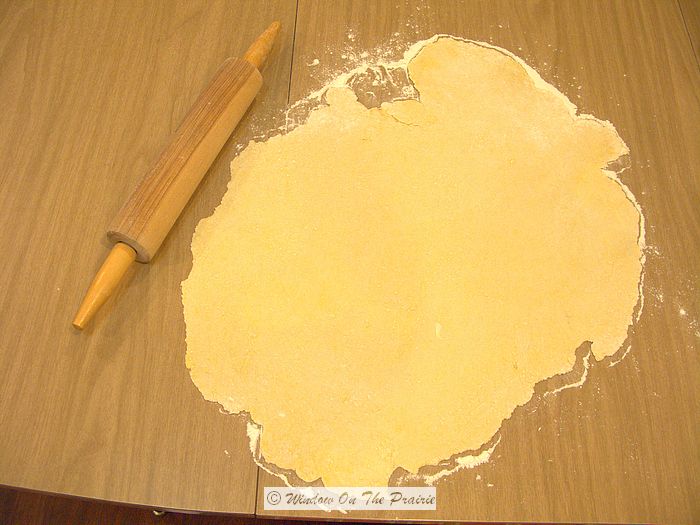 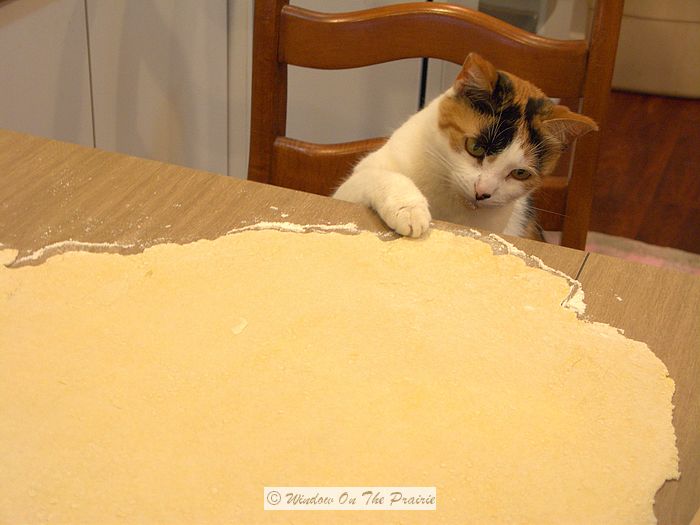 Later she got distracted, and wasn’t much help. 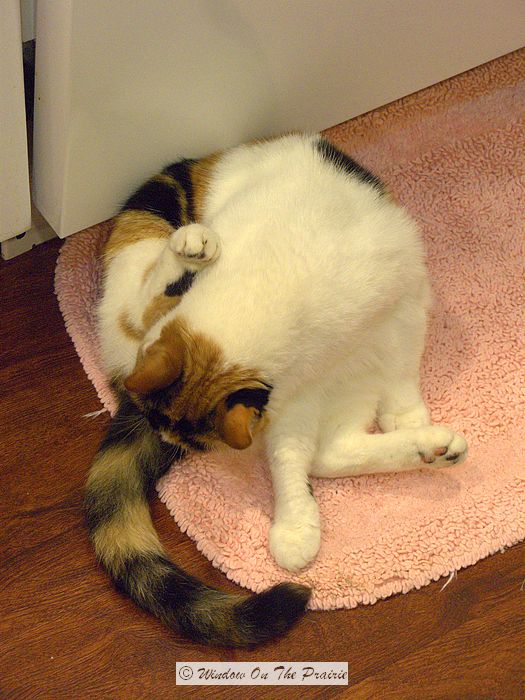 Anyhow, back to the noodles. When done rolling the dough out, you’re ready for the fun part: cutting the dough into noodles. You can use a knife, but I’ve found that a pizza cutter works best. 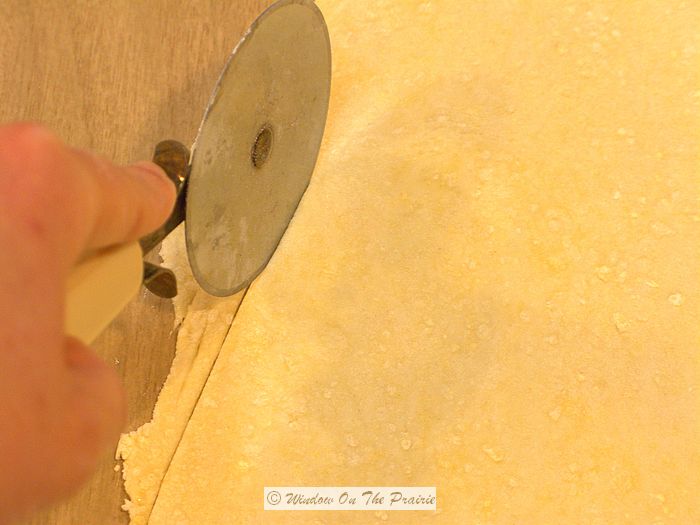 Cut them in strips from 1/8 up to ½ inch wide, depending on how big or small you want your noodles.  Then cut across the noodles the other direction for  the length. Again, it’s up to you. For short noodles I cut them about 2 inches. For spaghetti type, cut about  8 inches. 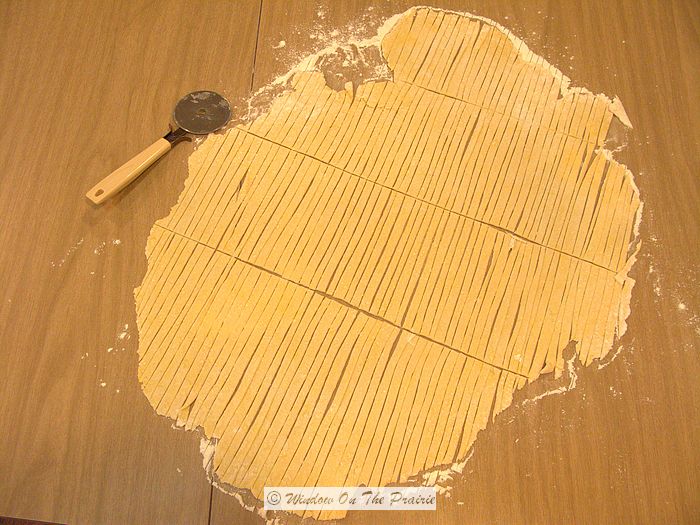 If you want to store your noodles and cook them later, hang the noodles on a drying rack, or leave them on your work surface until completely dry(they can be easily removed with a spatula), and then store in the fridge for a few days, or in the freezer for several weeks. It you are cooking them right away, bring 4 quarts of water to boil in a large saucepan. Gently remove the noodles from your work surface with a spatula, and place on a plate. 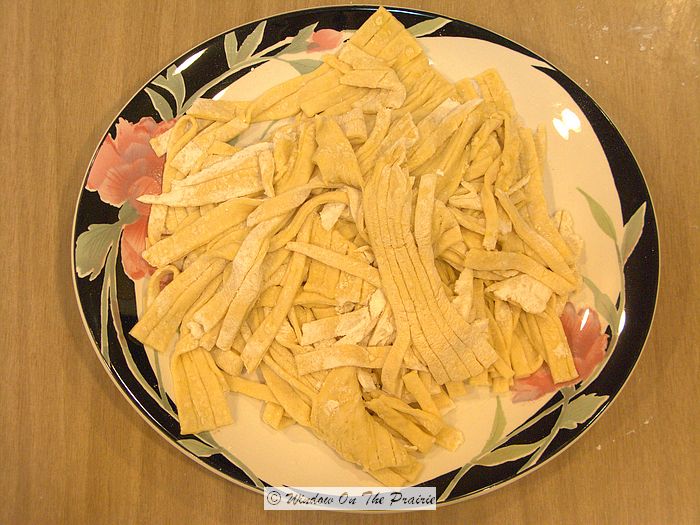 Add noodles to boiling water, and reduce to a simmer, stirring occasionally, for about 5-7 minutes. 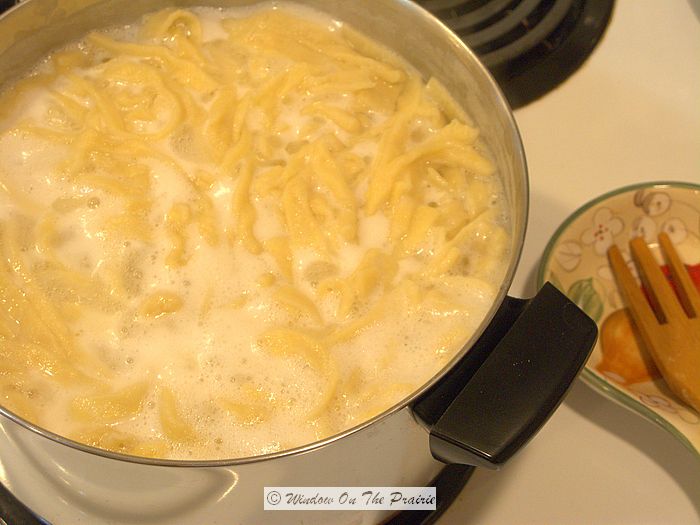 Noodles will be firm, but tender. Drain the noodles, 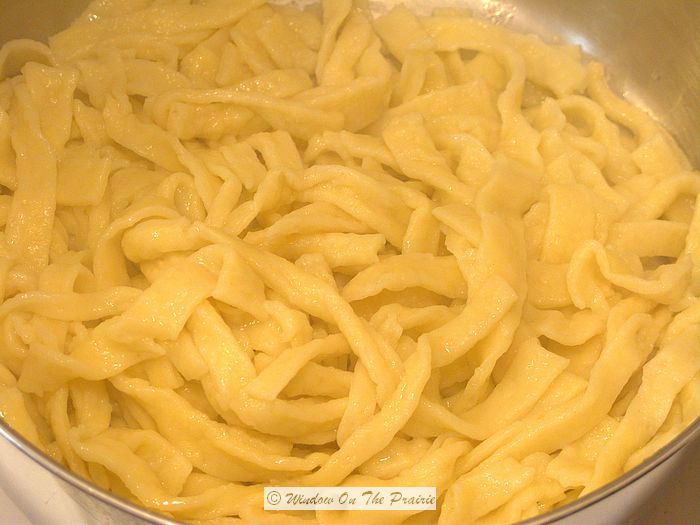 and add spaghetti sauce,  or just butter and seasoning as a side dish.

I’ve used these noodles to make spaghetti, or chicken noodle soup, or side dish with butter added.  I’ve also added fresh cut up basil (about a tablespoon) in with the dry ingredients at the start of the recipe, or you could use dry(a teaspoon or less) herbs or seasoning. The world is your oyster – add whatever your tastebuds wish for.

Last night, I used the noodles for homemade chicken alfredo.  After the noodles were drained, I returned them to the pot, and added a half stick of melted butter, 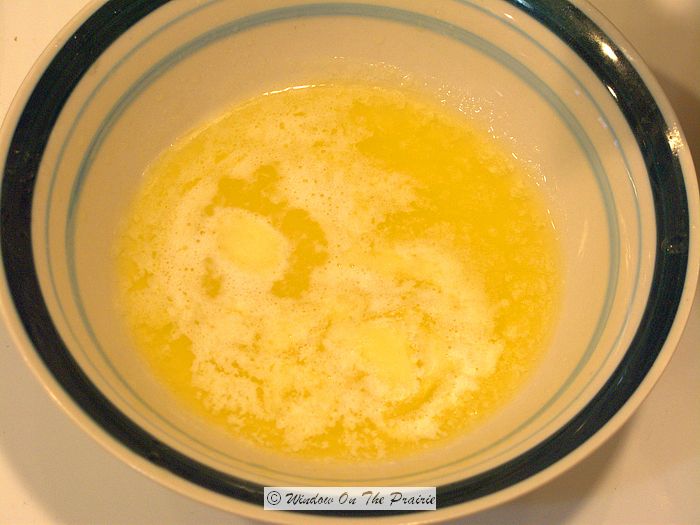 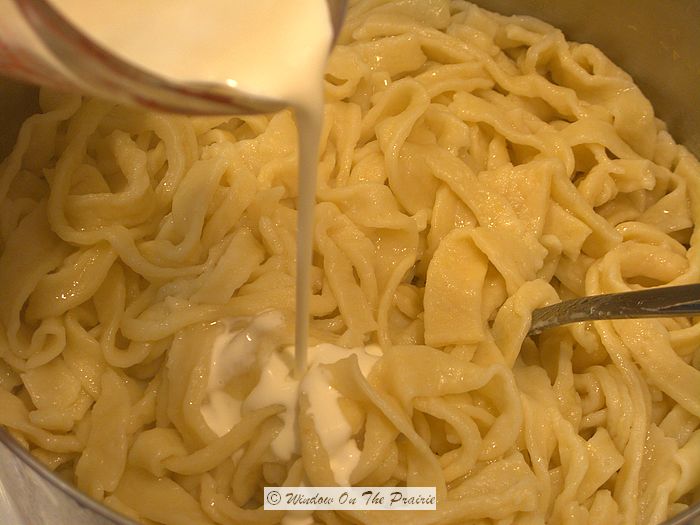 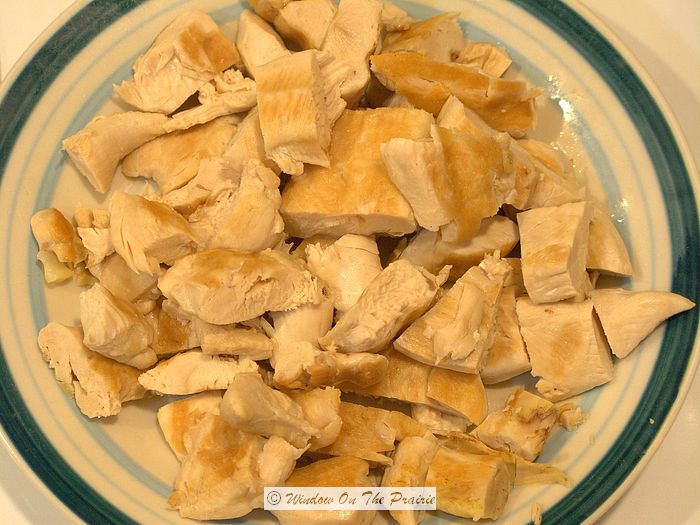 and pepper to taste. 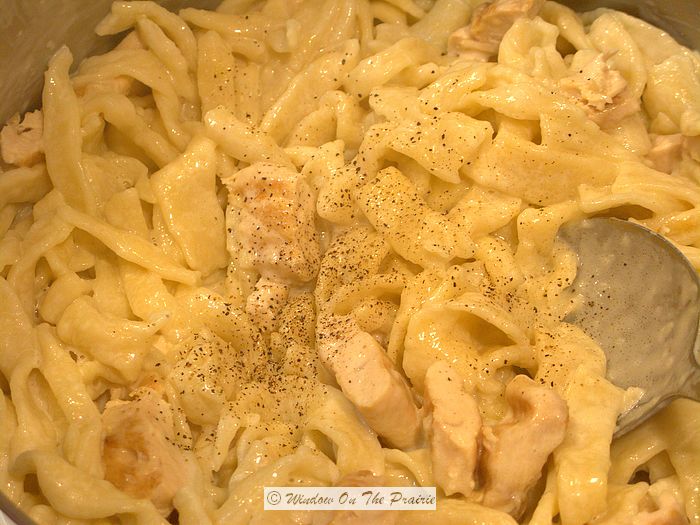 Serve it up and enjoy! 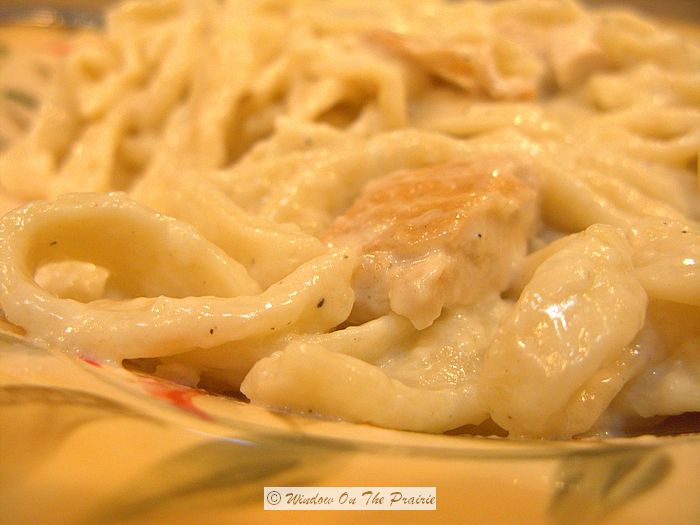