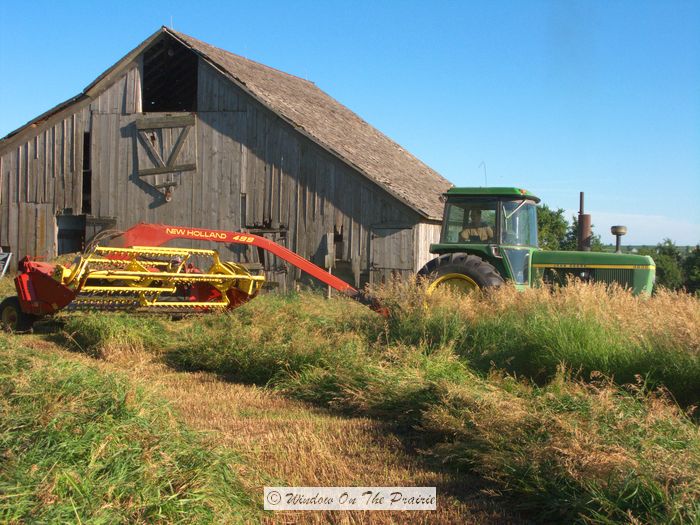 Now that the wheat has been harvested, we can turn our full attention to mowing and baling the hay. Hay is mowed each summer after the seed heads have formed. It is cut and allowed to lay for a couple days drying in the sun. Then it is baled, and will be fed to the cattle all next winter. Harland uses a swather, which cuts it and lays it in a nice neat row.

Here you can see rows of cut hay. Harland makes laps around the field going around and around, and leaving a long continuous row behind him. 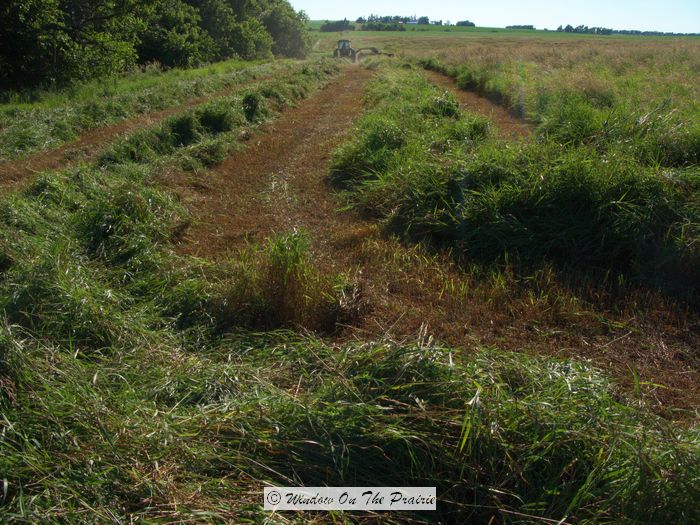 Here, he is coming up a hill towards me. 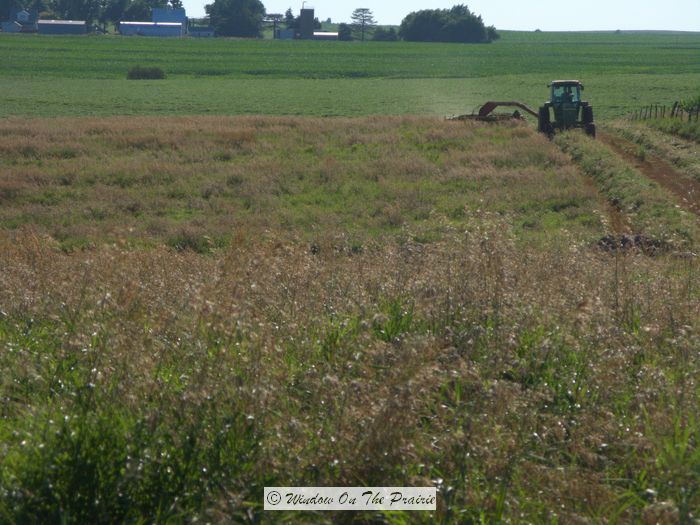 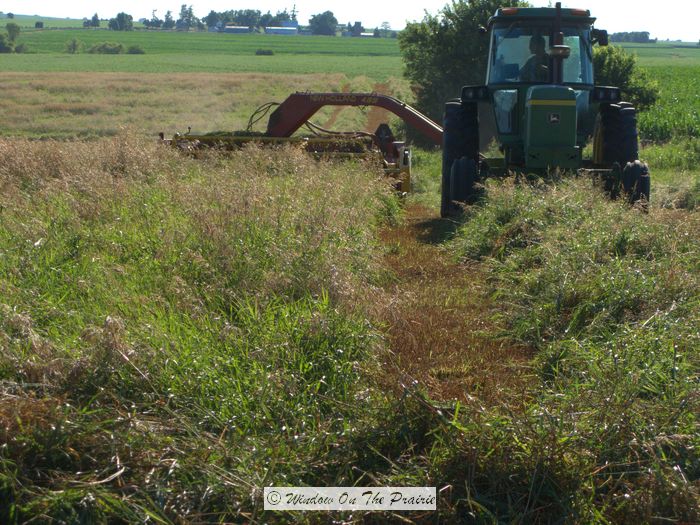 When he gets to the top of the hill, he starts to turn around the corner of the field. 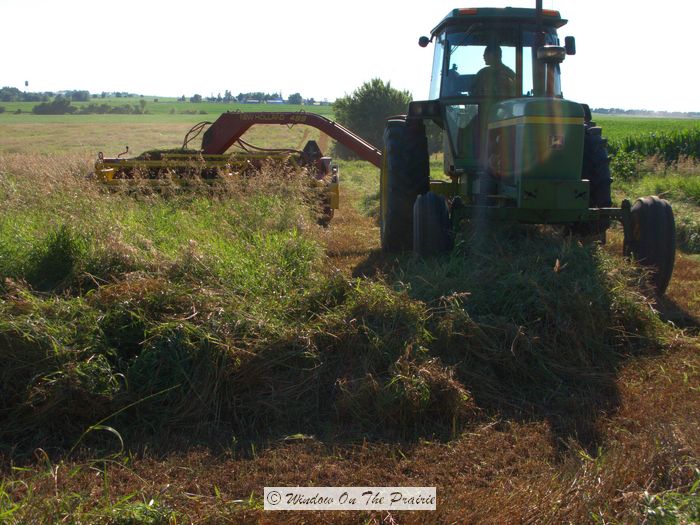 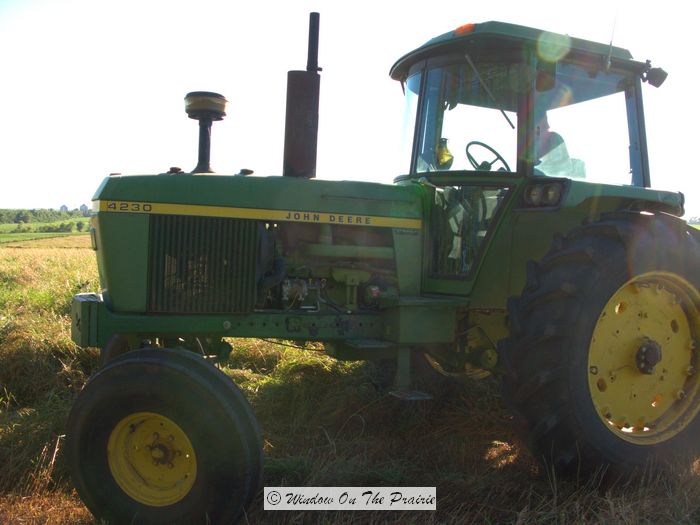 And here comes the swather around the corner. 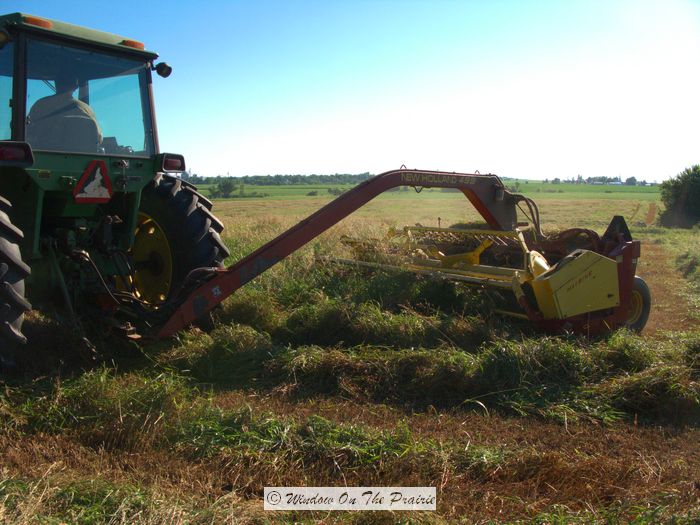 Here’s the view from behind. You can see the row of hay left by the swather, and the tractor straddles the row from the previous turn around the field. 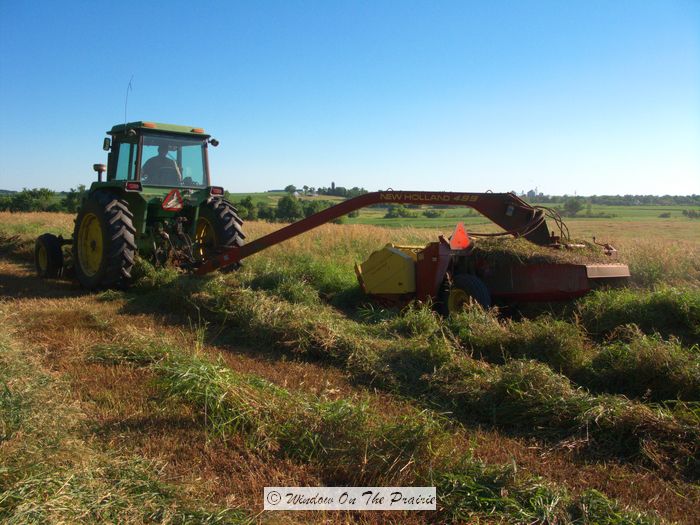 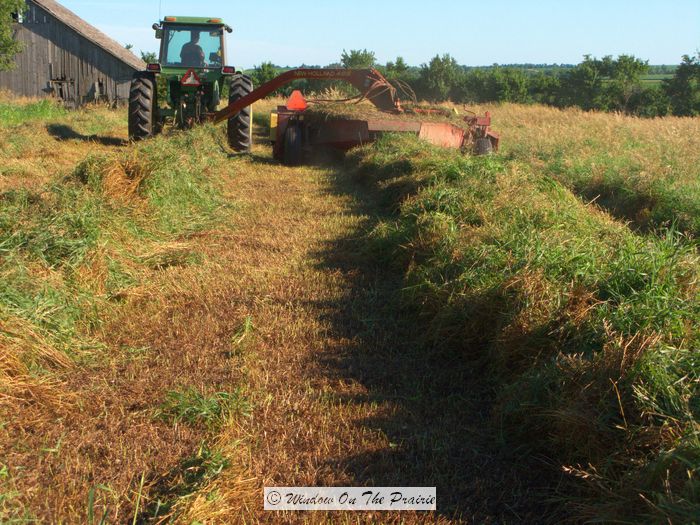 Here’s a view of the swather from inside the tractor. 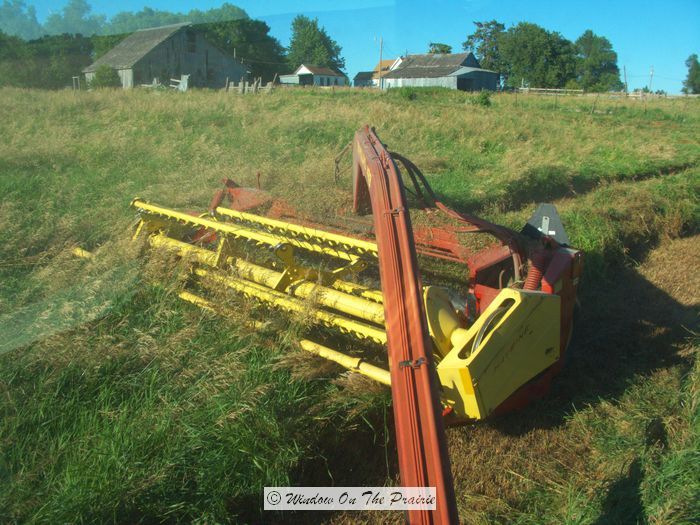 Harland spends more time looking behind him when cutting hay, than looking forward.

Sometimes hay will bunch up in the swather, and if it does he has to get out and pull it all out of there and it’s a big mess. So he tries to watch for it and catch it before it happens. If he sees it clogging up, he stops, backs up a few feet, and then goes forward again, which keeps it from happening. 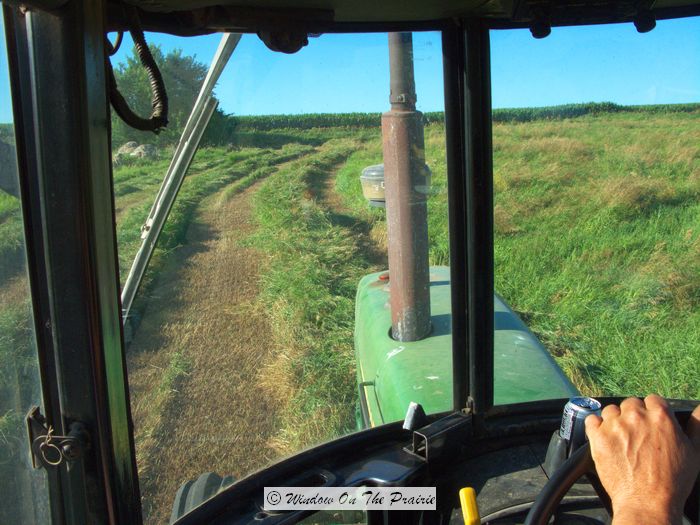 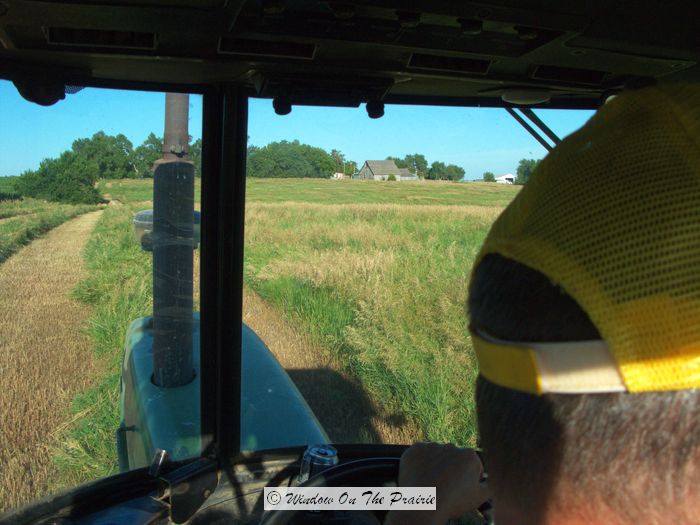 If it rains on the hay once it is cut, we have to wait for it to dry out, and the nutrient value goes down. Also, it could start to grow mold, and then we wouldn’t be able to feed it to the cattle. Since the hay has to lay in the field for 2 days after cutting before it is baled, we have to watch the weather forecast carefully for upcoming rains, and pick a time when there is no rain forecasted for a 3 day time period.

This is where the expression, “make hay while the sun shines” comes from. 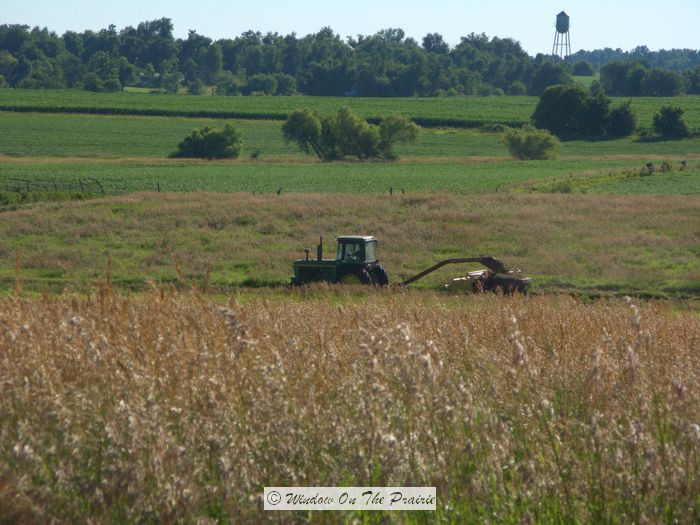 I’ll have another post soon when Harland bales the hay.