The other day I was driving around the backroads taking pictures of some new fallen snow. I zigged and zagged down the roads letting memory or intuition take me to some interesting places. And while I didn’t notice at first, I begain to realize after a couple hours that I had crossed and recrossed and recrossed the same creek at least five times-  Pony Creek. 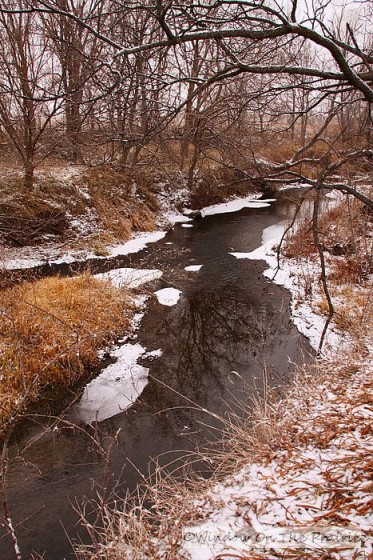 I’ve been aware of this meandering creek since moving here to northeast Kansas several years ago, but it really hit home to me the other day as I kept crossing it over and over and over again. It wanders through 2 counties in Kansas and then winds its way up into Nebraska and empties into the Nemaha river. 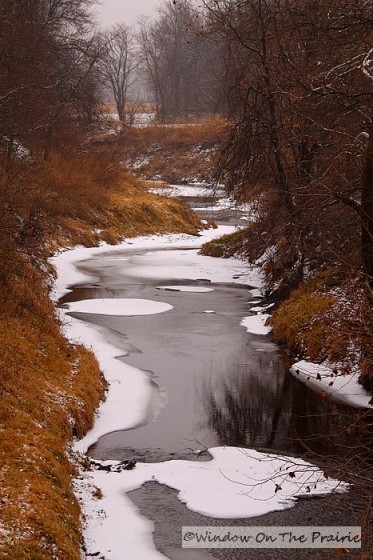 But it flows in anything but a straight line. 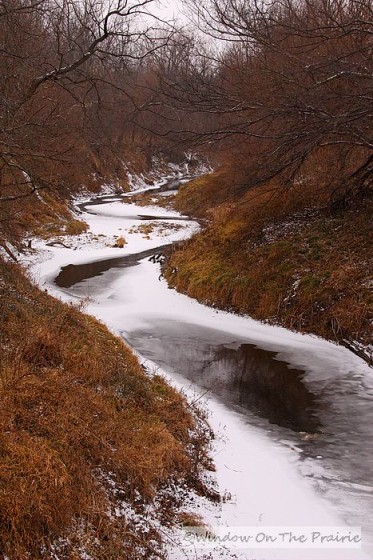 It spends most of its time carving a switchback channel through rich farmland and woodlands, and flowing underneath a lot of country roads with all manner and size of bridges. The prettiest one is this beauty up in Nebraska. 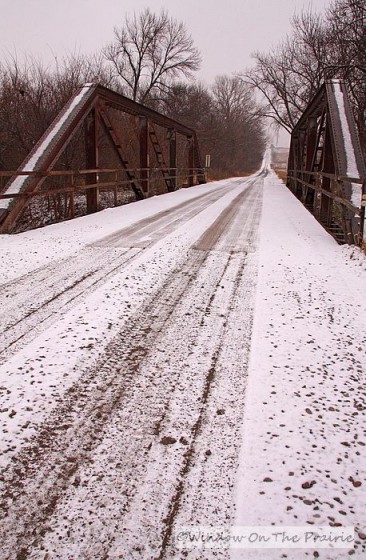 Its a truss bridge built in the early 1900s. 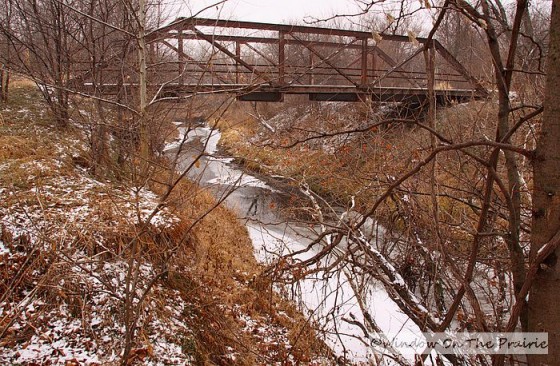 There used to be a lot of truss bridges around when I was a kid, but over the years most of them have been replaced. I’m glad this one is still being used, and hope it will continue for years to come as it allows crossing over the one long continuous S-curved Pony Creek. 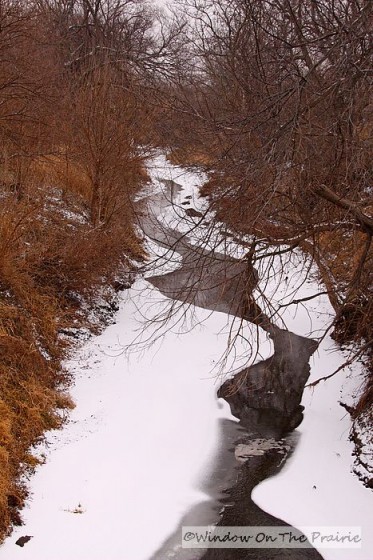