Feeding Hay To The Cattle 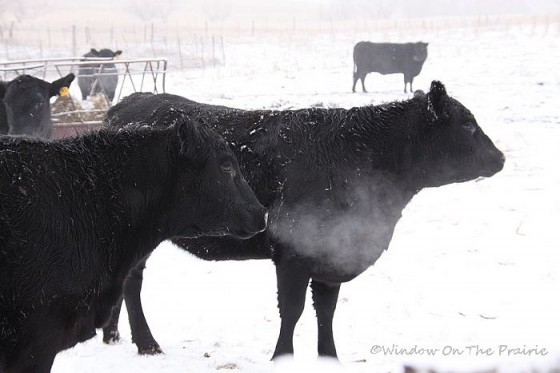 The other day Harland headed out to feed hay to the cattle, and I tagged along. I stood at the edge of the lot, and the younger cows came over to look at me and take a drink of water. 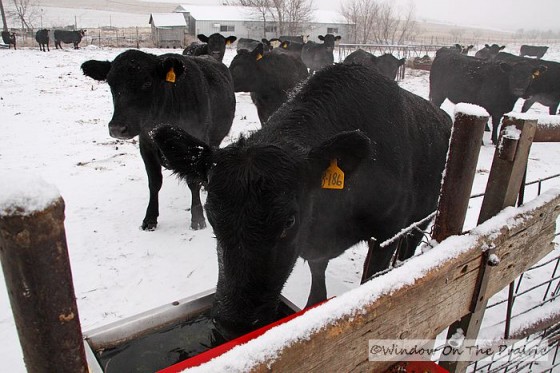 Of course if one cow gets a drink, everyone else just has to get a drink too. 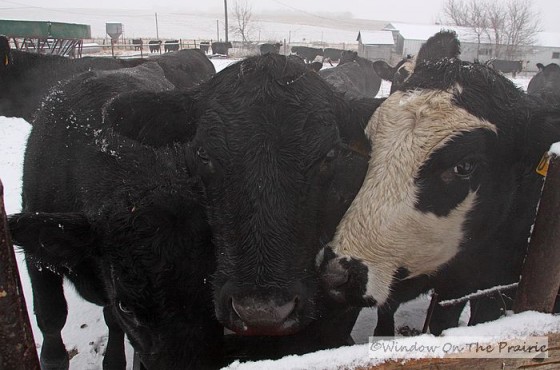 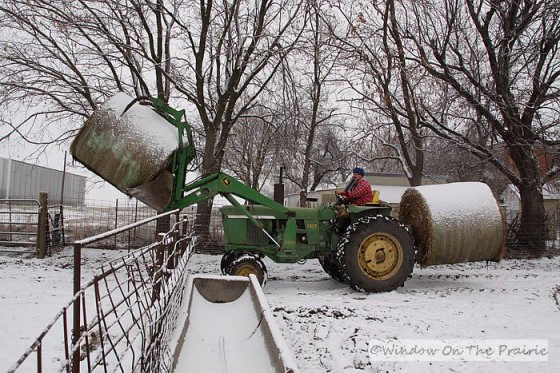 His appearance was greeted by lots of drooling. 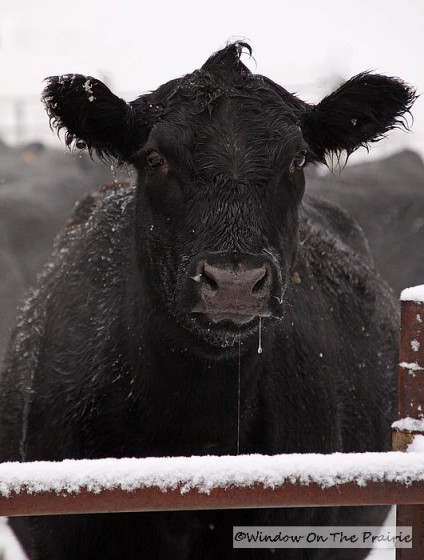 Cows seem to have an excess of drool. Anyway, he drove into the lot, 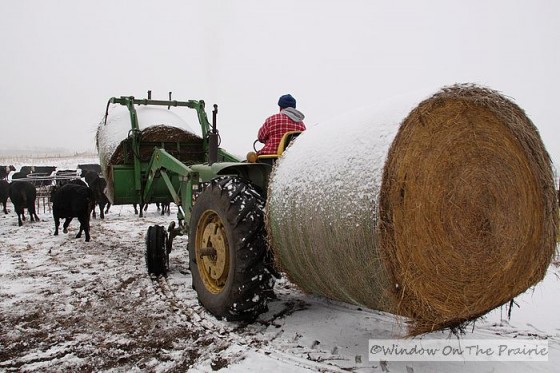 stopped near a hay hoop, removed the webbing from the bales, 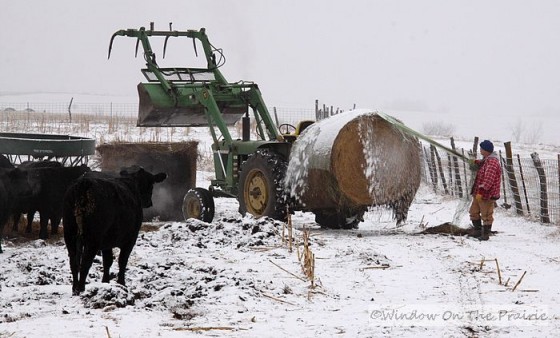 and then dumped each bale into a hay hoop. 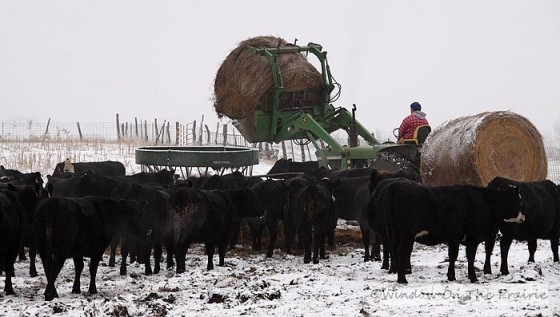 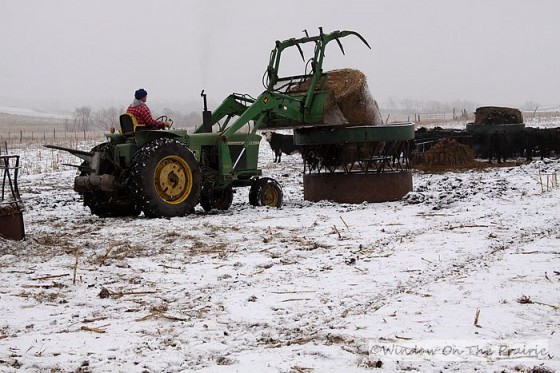 The hoops keep the cows from trampling and laying in the hay. Once the hay gets dirty, the cattle won’t eat it.  (Harland put up the hay last June, and you can see that post here.)

Then Harland drove the tractor back to the barn, thinking deep thoughts along the way. 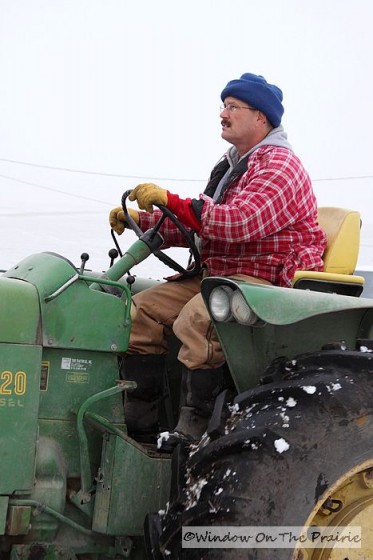 ” I wonder if we should repaint the bathroom.” 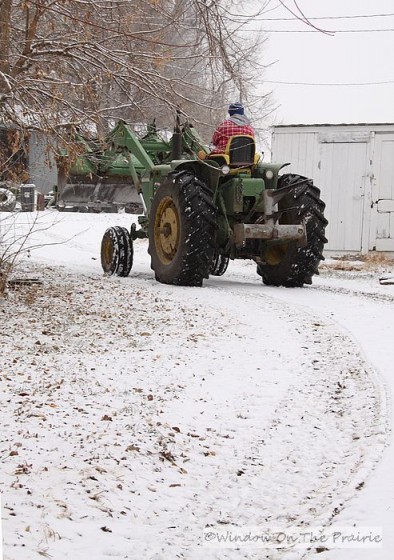 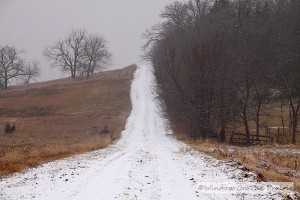 ———> LATER THIS WEEK: Frost Flowers: A once a year wonder of nature. 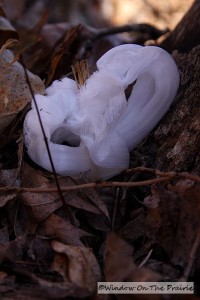