Sunday evening when we came home from chores we checked the heifers before we headed into the house. You might remember that heifers are two year old females pregnant with their first calves. We keep the heifers near our house so we can check on them often. Heifers are more likely to have problems calving than our older cows.

As we drove up the drive to the barn and lot where the heifers are, we immediately noticed one of them was standing off by herself holding her tail aloft. She also had an amniotic sac protruding from her backside. 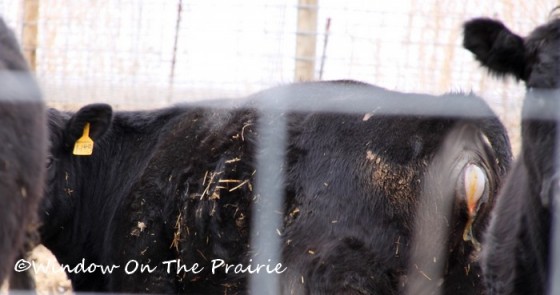 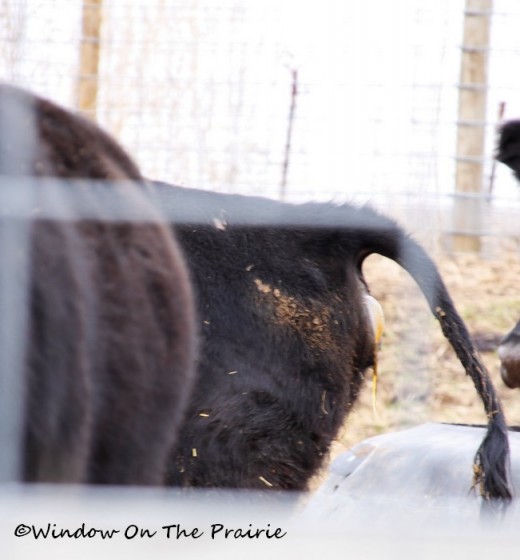 She was in labor.

Then we left her alone to take care of business. Heifers are nervous critters and won’t have a calf if they know they’re being watched.

An hour later, I went up to the barn to check on her. She hadn’t progressed at all. Another 45 minutes went by and then Harland drove up into the barn and sat in the truck watching her. I followed along a few minutes later and stood outside the barn peeking around the barn door. It’s really silly that we have to spy on our own cattle, but hey, whatever works for them is best.   She was laying down pushing and making some noises like she was in pain. Usually they are as quiet so they don’t attract predator attention. Then she let out with a LOUD bellow and all went quiet.

Harland jumped out of the truck ran over to the calf.

Come back tomorrow to see what happened next…… 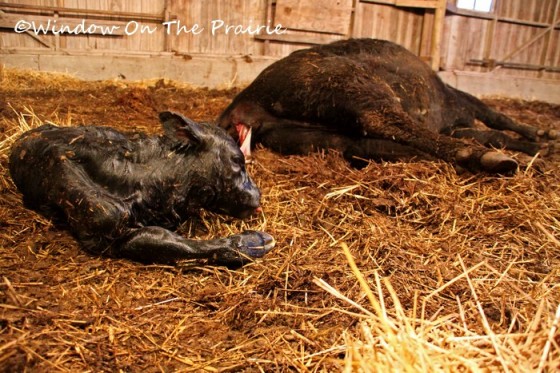