Sunday morning, Cleo of the Maternity Ward, decided to have her calf. You might recall that Cleo was the heifer who,

“tells anyone who will listen that bovines are built for having calves, that this is her purpose in life, and she’s happy to get on with the job. She hopes the birth will be painful and difficult so she can enjoy the full experience, write a book about it later, and do the talk show circuit.”

On Saturday, she went off by herself and looked pensive. This and the fact that her udder had filled up told us she was close to calving. When Harland checked on her early Sunday morning, she was in labor, so Harland put her into the barn out of the rain, and left her alone as cows get nervous when we watch them while calving. An hour later he checked on her again, and she had pushed a little hoof out.  After another hour, she had pushed the rest of the calf out.

But it wasn’t until the afternoon that I had a chance to go up to the barn and take a look at the new little squirt.

Later, I shooed the unruly mob out of the barn and was able to get a few pics of Cleo and her baby. 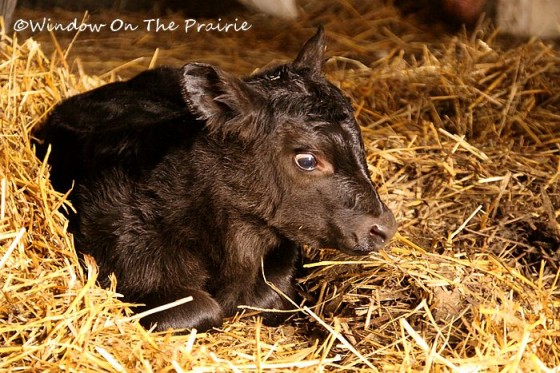 And yesterday, Harland let her out into the pasture to enjoy the sunshine and green grass. 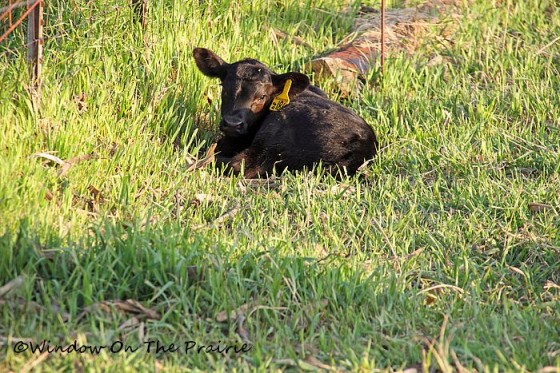 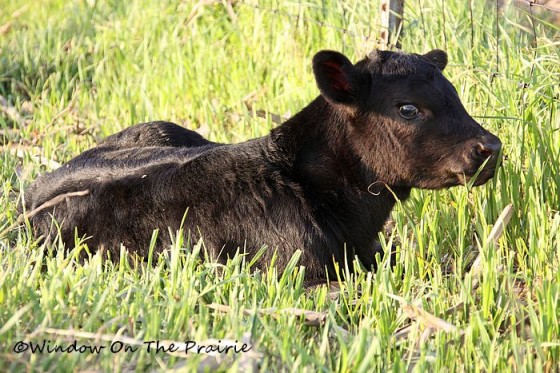 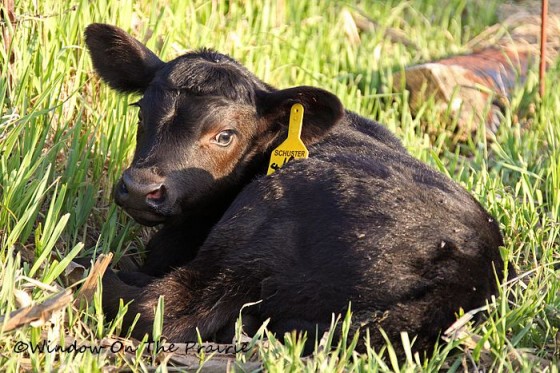 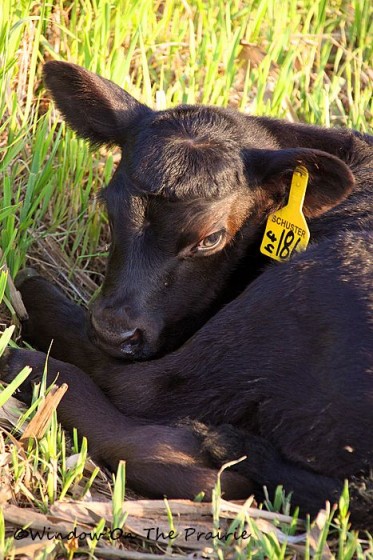 After taking pictures of her baby, I asked Cleo if birth was as “painful and difficult” as she was hoping it would be. 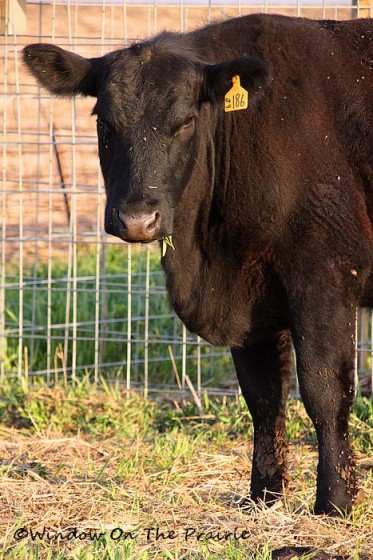 Me:  “An exhilarating experience?” 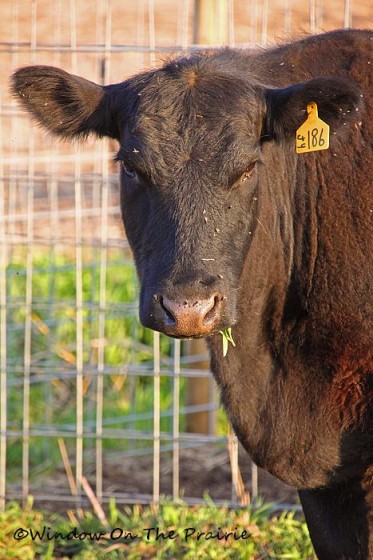 Me:  “So how about the book and talk show circuit you wanted to do?”

So that leaves 4 heifers left to go in the Maternity Ward. 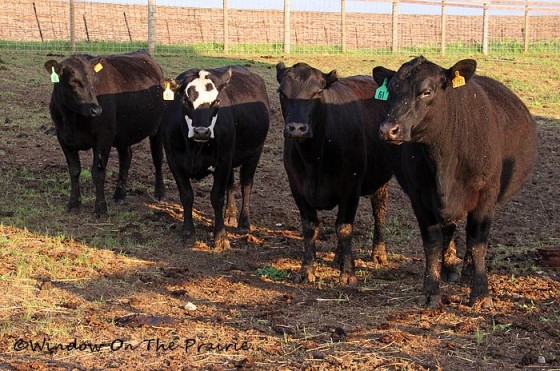 -From left to right:  Babs, Margaret, Snub-Ears, and Nellie.

Babs, according to Harland,  is “no more pregant than I am”. When they were preg-checked back in November, the vet said she had a calf in her, but something must have happened since then because she shows no signs of being being pregnant now.