Day before yesterday, Harland and I came home to a surprise – a newborn calf – our very first of the year!

It was a surprise because our calves aren’t due until March 9.  And it was also a surprise because heifers don’t usually calve early, if anything, they like to calf late. A heifer is a first time mom, but despite her complete lack of knowledge of mothering, this one had given birth by herself, cleaned off the calf, and got him started nursing.

As we rolled up the drive, there she was standing patiently allowing her little guy his first meal. Harland escorted the calf into the barn out of the cold wind, and his momma followed along behind concerned about her precious 60 pound bundle of joy. They stayed in the barn overnight and then yesterday morning, Harland let them out into the little pasture near our house.

Yesterday afternoon, I took a few pics.  Here he is, only 24 hours old: 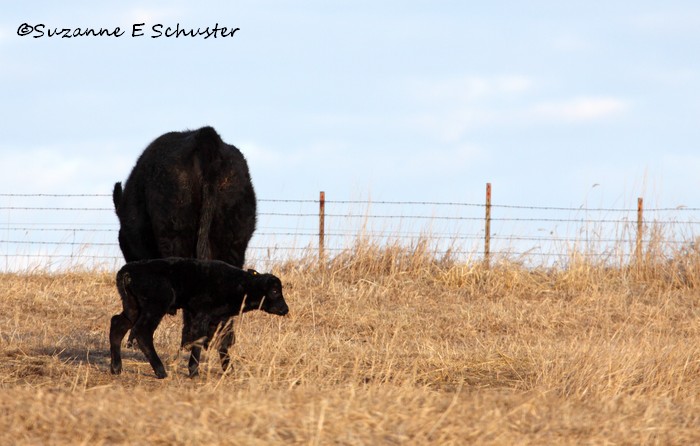 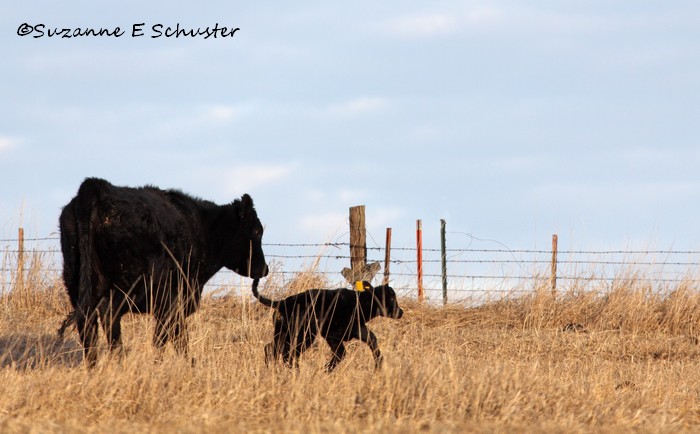 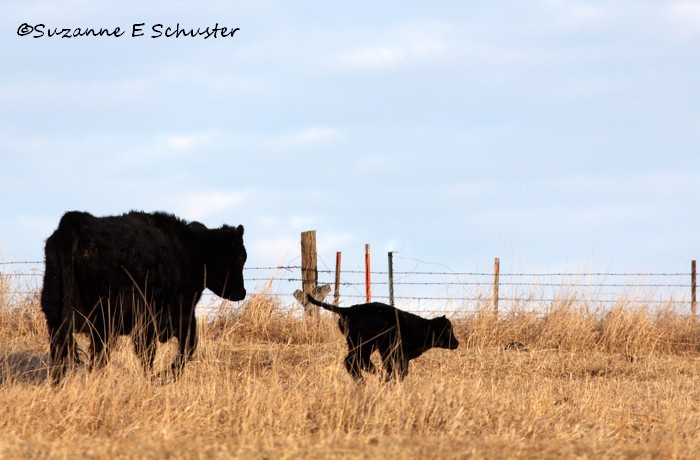 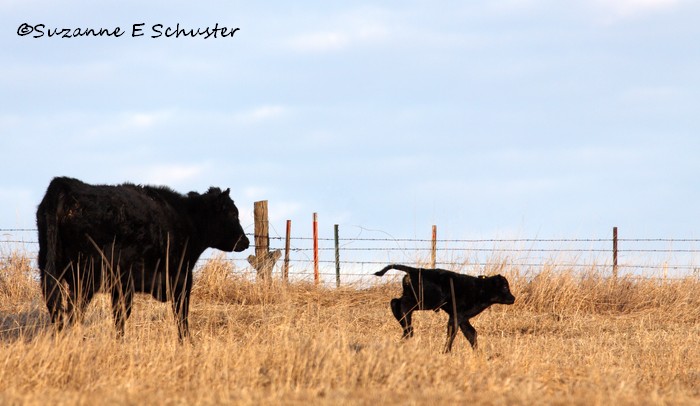 Later, while Mom did some cleaning, and flocks of geese were honking overhead, the little guy lay down for a nap.

Soon he’ll have plenty of playmates.