After Harland gave the newborn calf some TLC and disease prevention, it was time to turn the calf back in with his mom. She appeared to have calmed down some so we were hopeful she wouldn’t be as rough with him as before:

The next morning, Harland checked to see that the calf had nursed from his mom, and that she was settled down, then he let them out of the barn and into the little pasture with the rest of the heifers and newborn calves. I saw them that night after work, and they both looked fine. 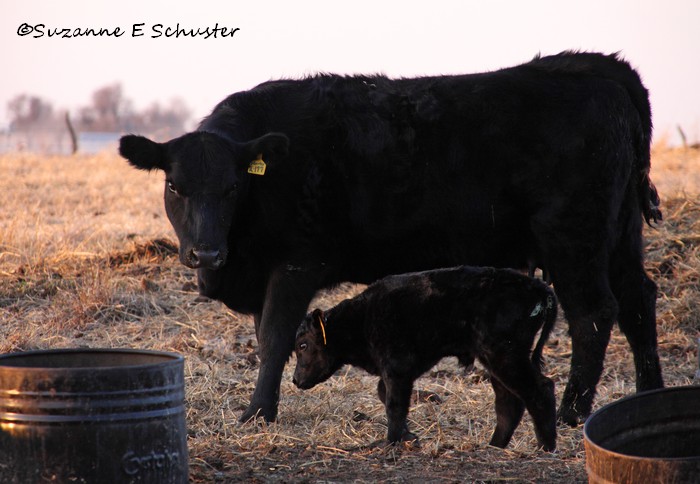 We’re so glad this one turned out well. We’ve been very lucky with the heifers so far this year. We haven’t had to pull any calves and all the heifers have bonded with their calves. Only 3 more heifers to go.

***UPDATE on my Thyoid issue:

I FINALLY heard back from KU Med this morning (been waiting over a week), and have consultation appointment scheduled for Monday. So relieved to be making progress towards getting treated and feeling better. Thanks again for your prayers and good wishes!!