Cow Playing With Her Calf

One evening earlier this week, the sky was full of puffy clouds and the air clear and it looked like we would have a nice sunset. So I dressed up in my coveralls and boots – that’s right folks, I’m still wearing my winter get-up, and Old Man Winter, you’re on notice, I’m not taking your crap anymore. Let this serve as your official eviction notice.

Sorry, I had to get that off my chest.

So I headed out into the pasture and sat down in a clean spot and took pics of the calves and cows and the puffy clouds. The wind was blowing out of the north and when I could no longer bend my cold fingers I started to head in.

Until this caught my eye. 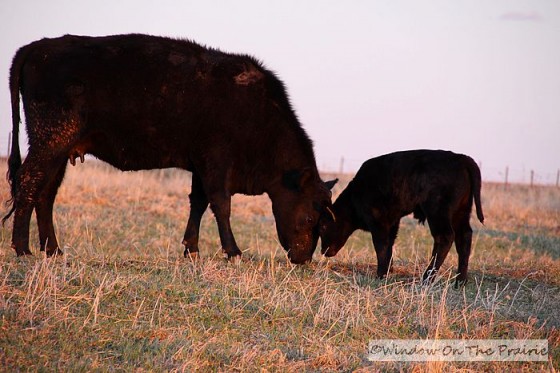 “Oh no, that cow is pushing that calf around”, I thought.  Cows do this if the calf is not their own. The calves would like to nurse from anything with an udder, but the cows aren’t having it. The milk bar is open only to their own kid.

But the pushing continued, 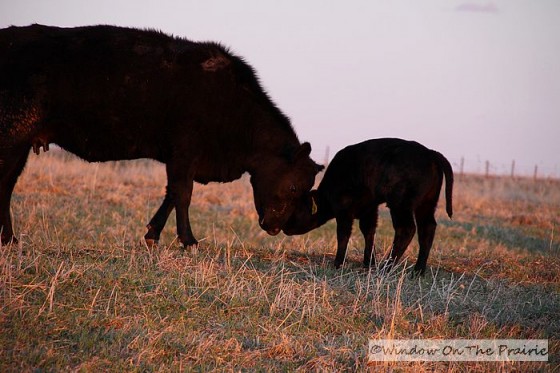 and I was a little worried. 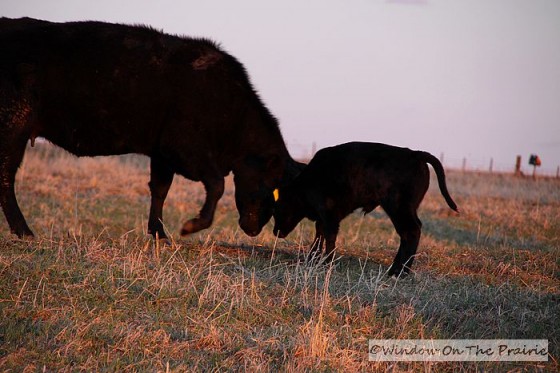 Until it went on for a while, and I finally realized that the calf was her own and she was playing with him. They were playing the shoving game. Calves do these with each other a lot, but I’d never seen a cow in a shoving match with her calf. She was being careful not to overpower her little squirt too.

And if that wasn’t cute enough, then she did this. 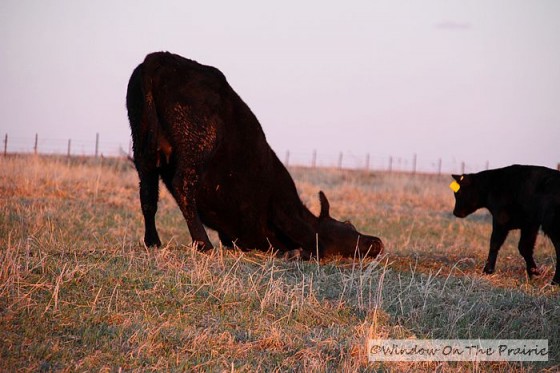 Like a large dog playing with a puppy, she lowered her head down on the ground. 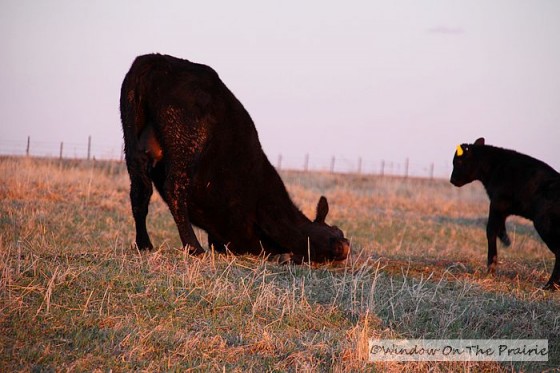 Her calf thought this was the funniest thing ever and he frisked about her with pure joy. 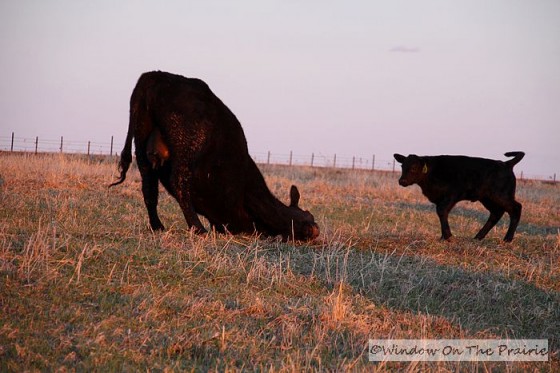 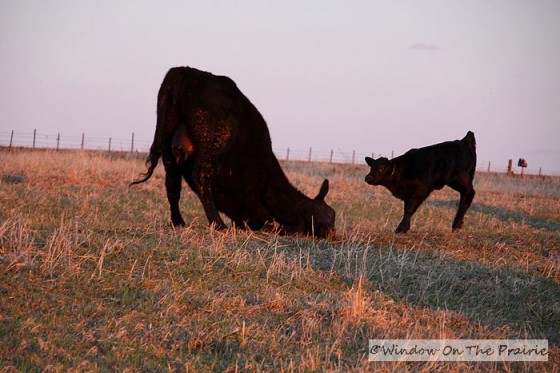 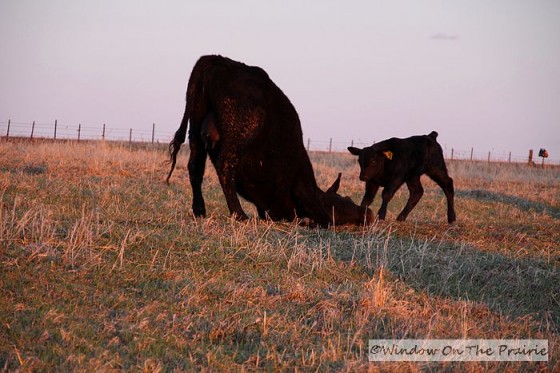 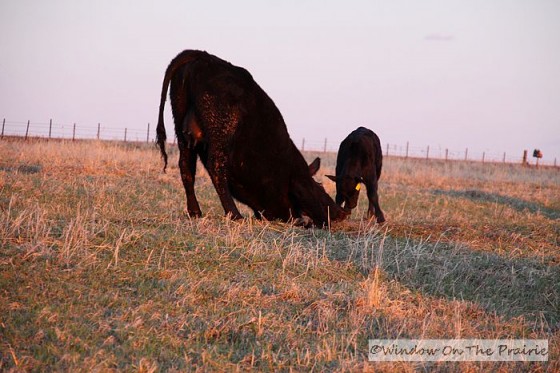 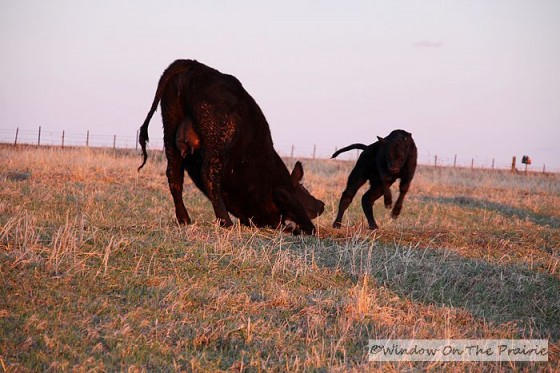 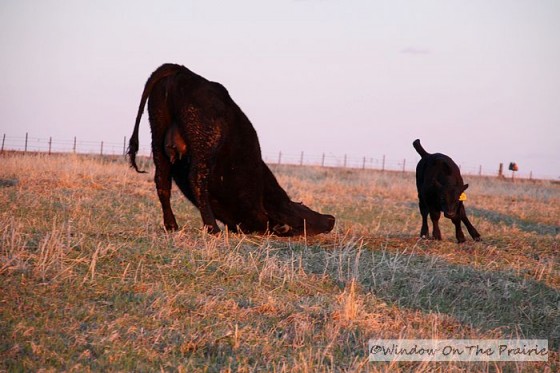 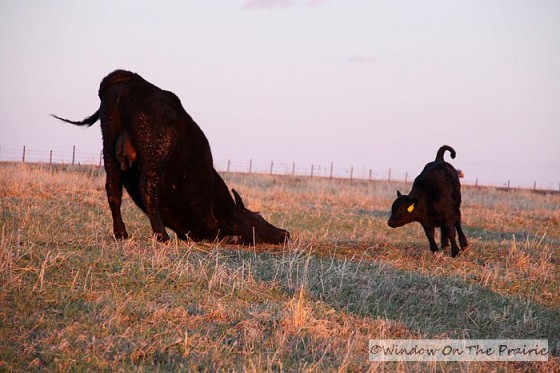 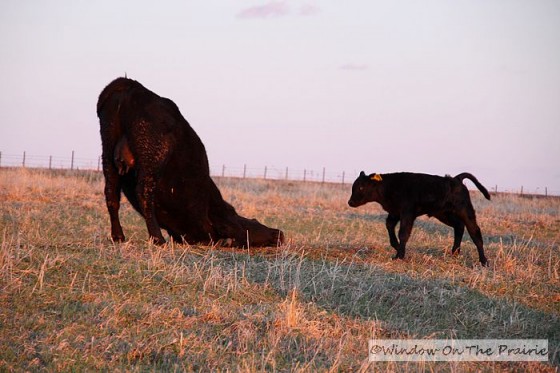 Finally, she got back to her feet.

“Ok kid, the blood is rushing to my head.” 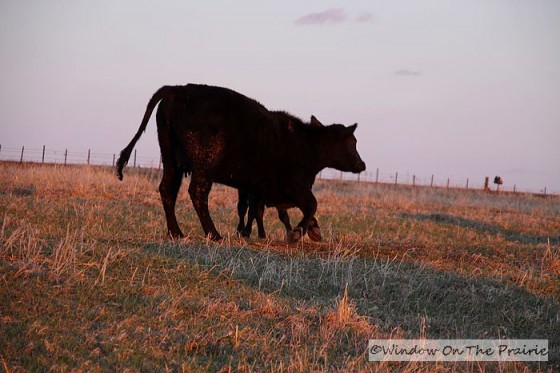 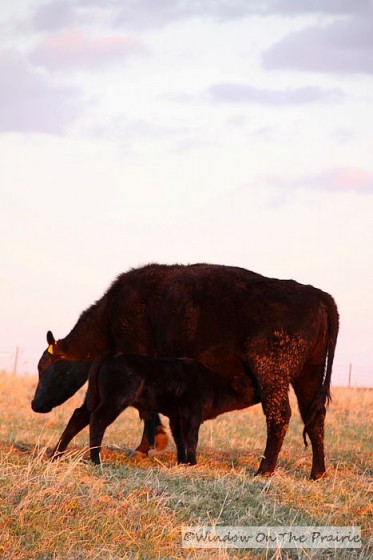 Tags: Cow Playing With Her Calf