Sunday afternoon, I was caught up on my housework, and wanted to get out of the house, as it was too nice a day to stay inside.  But I couldn’t think of any place to go. I mentioned my dilemma to the man-of-the-house. He thought for a moment, and then announced that he had to go around the fields to open all the gates, and I was welcome to come along.  For those of you not familiar with farmer jargon, the fields have fence around them, and soon he will begin planting. Opening all the gates now saves time and effort later jumping on and off the tractor to get into each field. It was a sunny, non-windy afternoon, so we hopped into the little farm truck, and took off.  Was nice to get out and look over the fields.

The wheat is looking good. 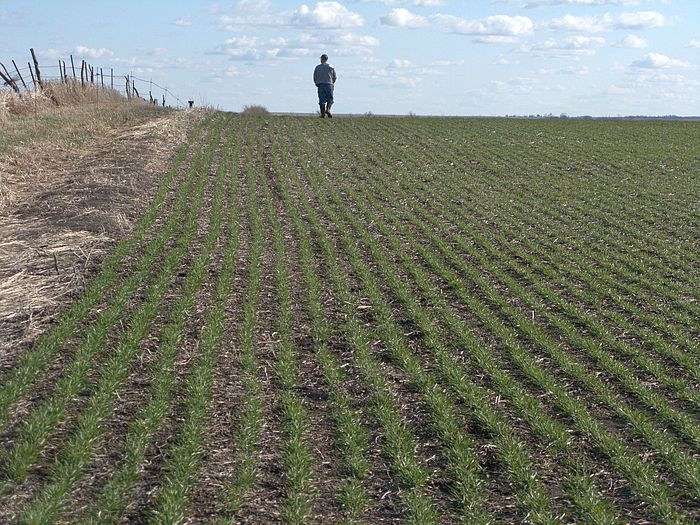 Covered by snow most of the winter, it was protected from the cold temperatures. Snow melt and several rains have made it sprout up and become the lovely green it is now. 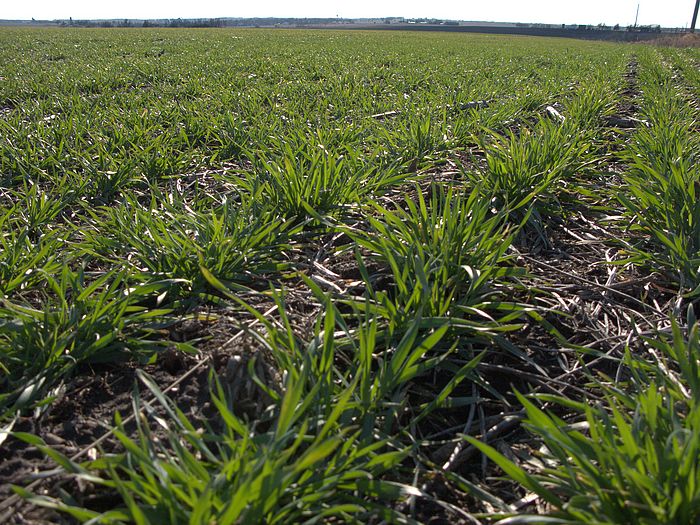 Most of the wheat grown in Kansas is winter wheat, so-called because it is planted in the fall, grows a few inches high, and then goes dormant with the first hard frost for the winter. In the spring, the wheat comes out of its dormancy, and grows quickly. 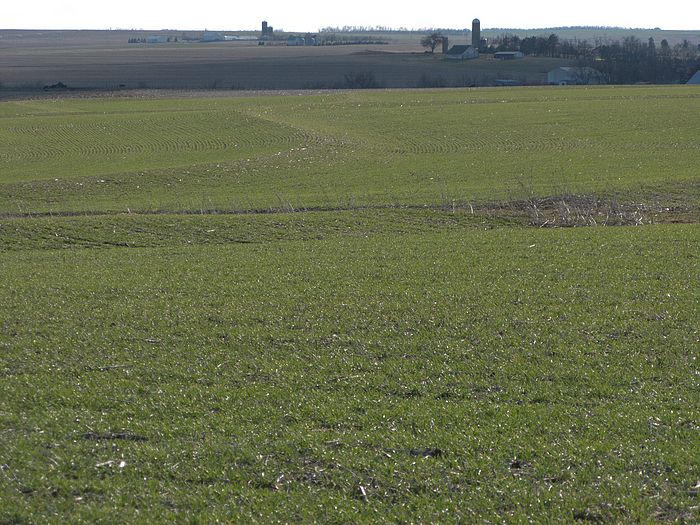 A few quick facts, folks.  Pay attention, there will be a test later. (OK, so maybe not)

According to the Kansas Wheat Commission,

Wow!  And the little green sprouts appear so innocent and unassuming right now. Looking at it today, you wouldn’t think that in just 3 months, it will look like this, golden yellow and ready for harvest. 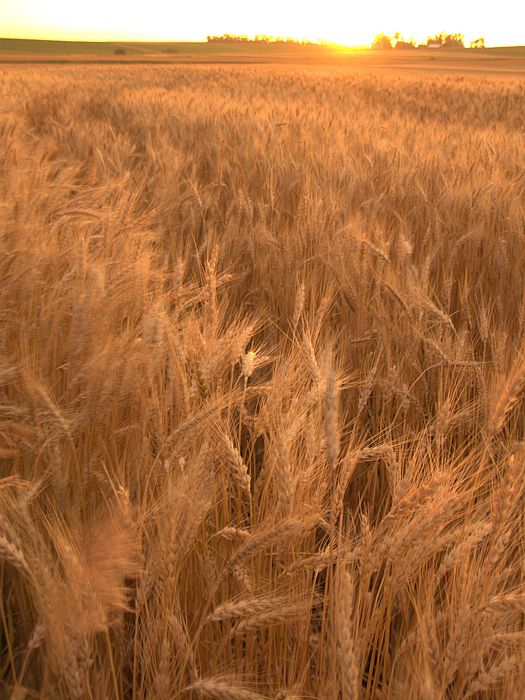