Today I’d like to share with you a few odds and ends that we saw on our most recent trip to the Flint Hills.

A few wildflowers in bloom:  This white one is called Prairie Larkspur. 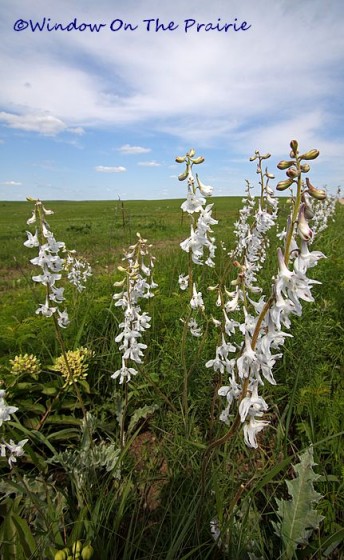 This strange looking pale green one is called Spider Antelopehorn: 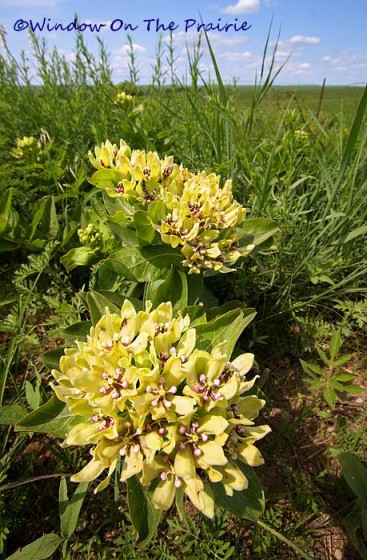 This purple one is one of my favorites. It’s called Blue Wild Indigo. 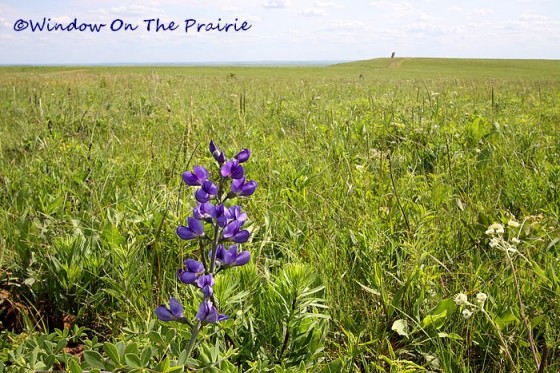 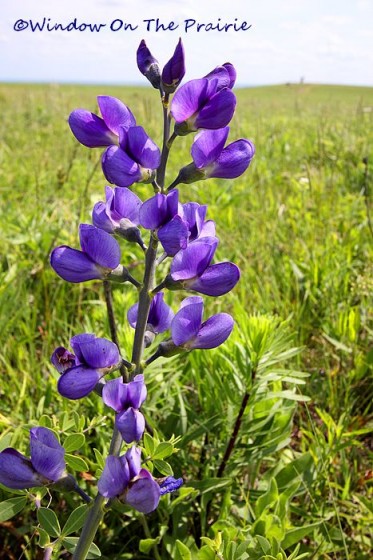 The eastern part of the Flint Hills experienced an oil boom from the 1930s to the 1950s. Little towns sprouted up overnight and when it was over they disappeared leaving little evidence of their existence.

Here is where the town of Kenbro once was. 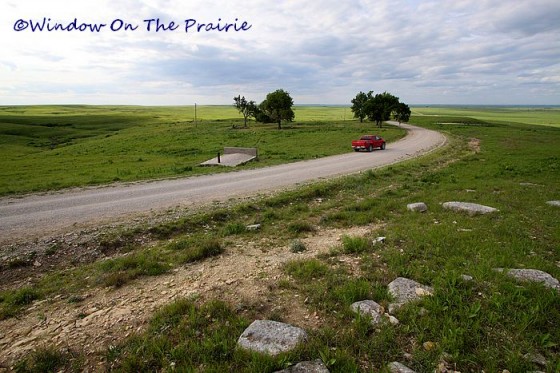 All that’s left today is a few shade trees, 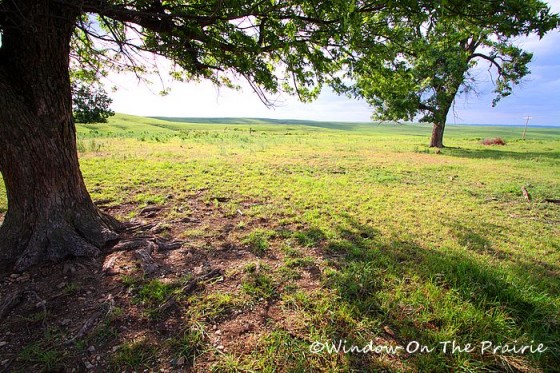 an old rosebush blooming by itself, 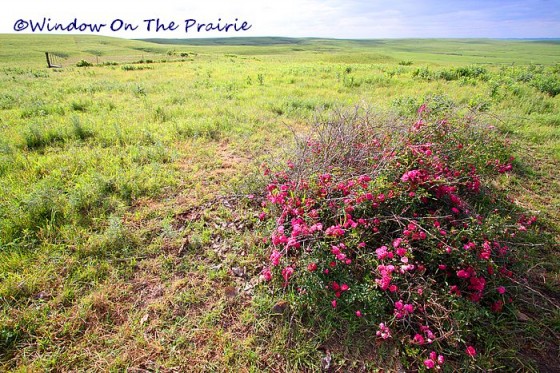 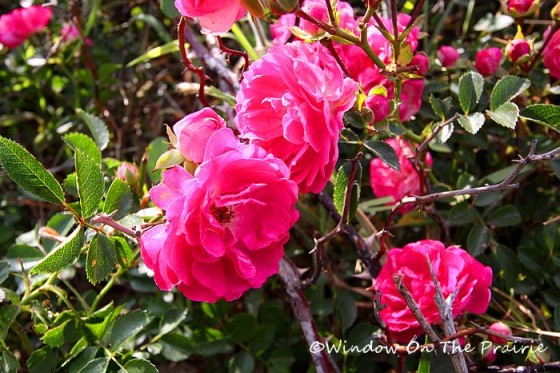 and a storm cellar. 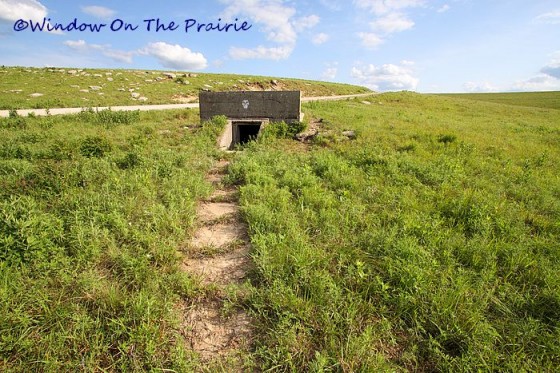 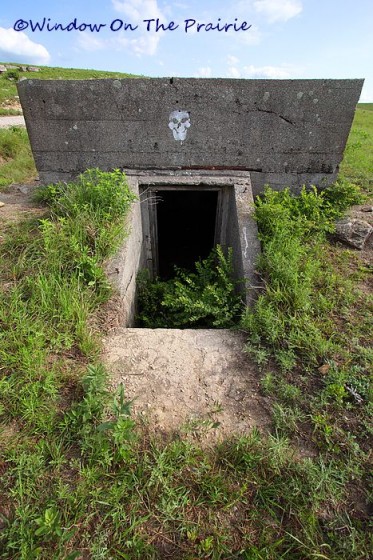 Not having any basements in their homes, it looks like they built a community storm cellar to escape from tornadoes.

This light pink flower is another of my favorite wildflowers. It’s called Cobaea Penstemon. 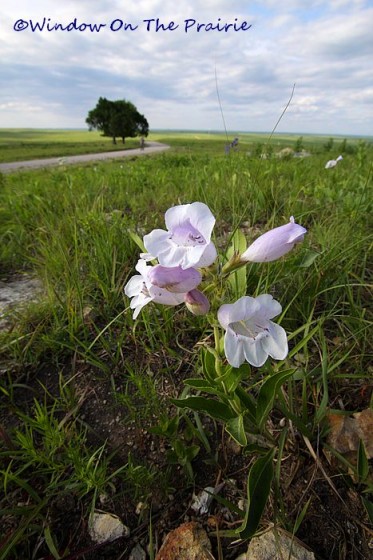 Further on down the road into a river valley, we found an old limestone schoolhouse tucked away into the trees bordering a creek. 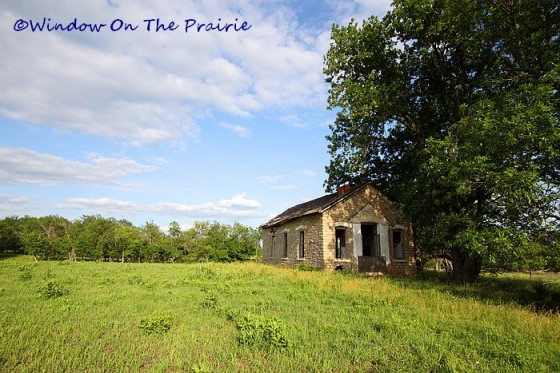 This was as close as I dare go to it. There were bumblebees swarming all around inside. 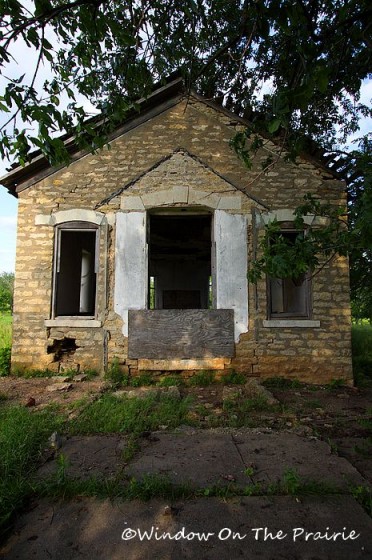 Imagine the activity this sidewalk once saw…. 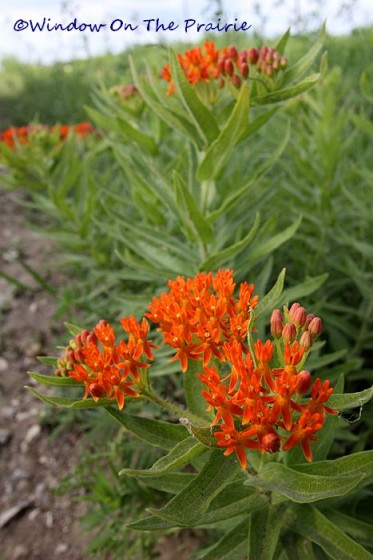 And finally, here’s another rosebush, evidence that a house once stood here. In the background you can see oil tanks left behind from when this was an oilfield. 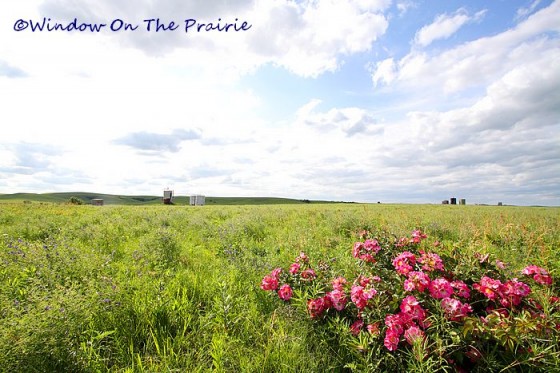 There’s a lot to see in the Flint Hills. We never tire of getting off the paved roads and taking the less traveled gravel or even dirt roads.