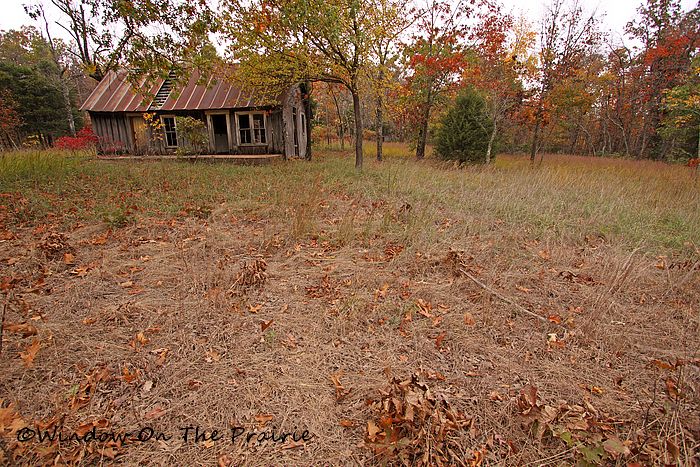 Well folks, all kidding aside, and after I put my shoes back on, we took a peek into House Number One where we found a few surprises.

The house had 3 rooms: two in the front and one out the back. The two front rooms had typical board siding that once was covered in tarpaper (hence the term- tarpaper shack), probably turn of the century or later.

At one point they had put up wallpaper, but someone had ripped it down. You could still see fragments though. Here’s what was in one room: 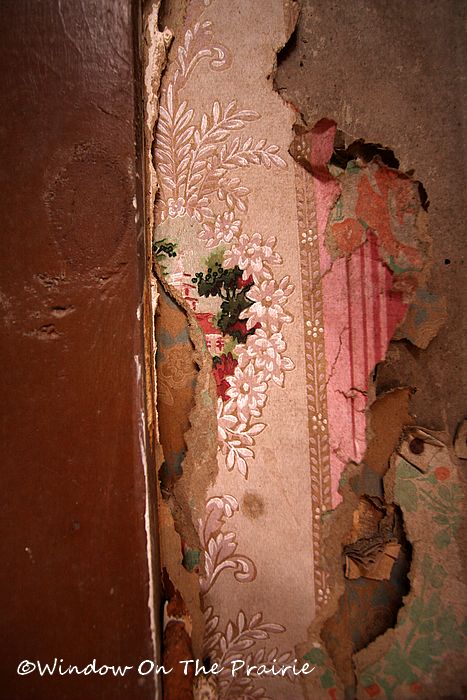 And here’s the wallpaper from the other room: 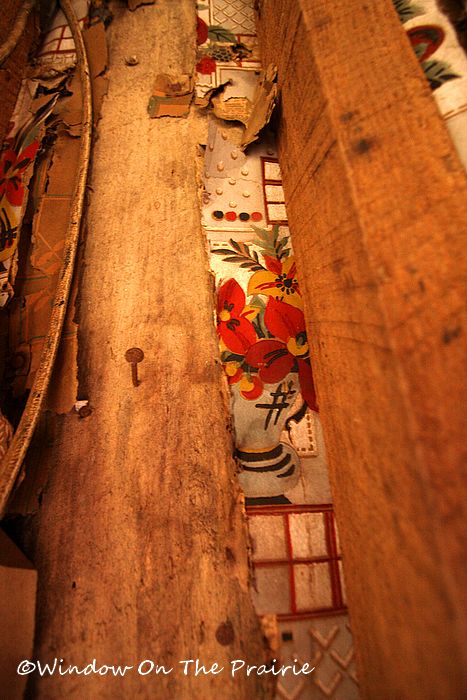 I’m partial to the first one – the pink lacy one. Which do you like?

On with the tour:

The third room out the back was the room that really caught our eye. It was much older – constructed of hand-hewn logs with clay chinking. 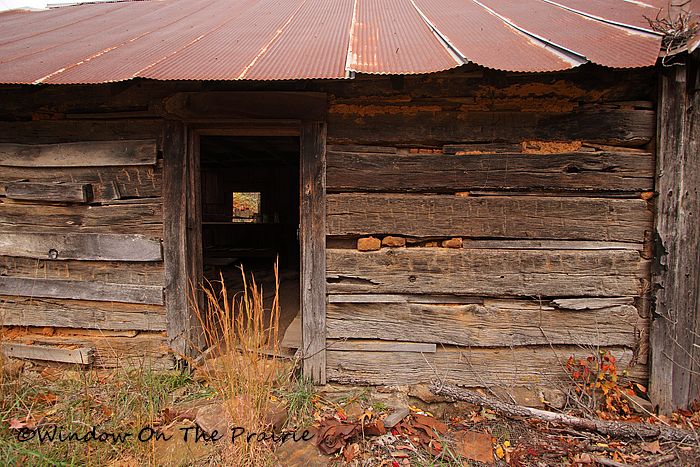 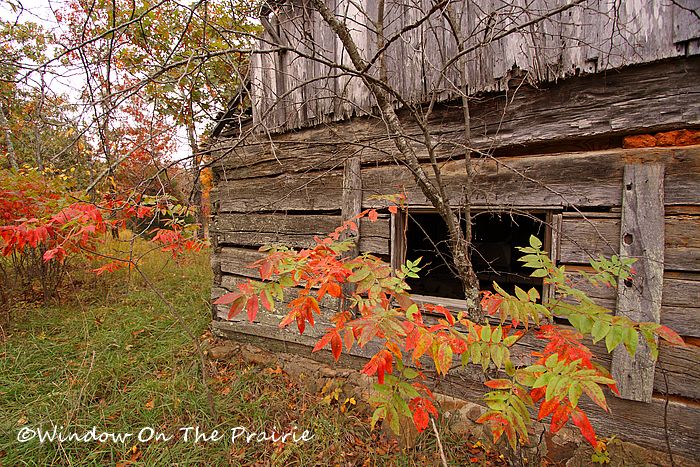 Here’s the interior wall (which at one point had been an exterior wall) as seen from the next room:

Inside the log cabin room was another surprise – a dirt floor.

Or it had been a dirt floor until one day the lady of the house said:

And so Bob got some nice rocks and laid a lovely floor for his wife. 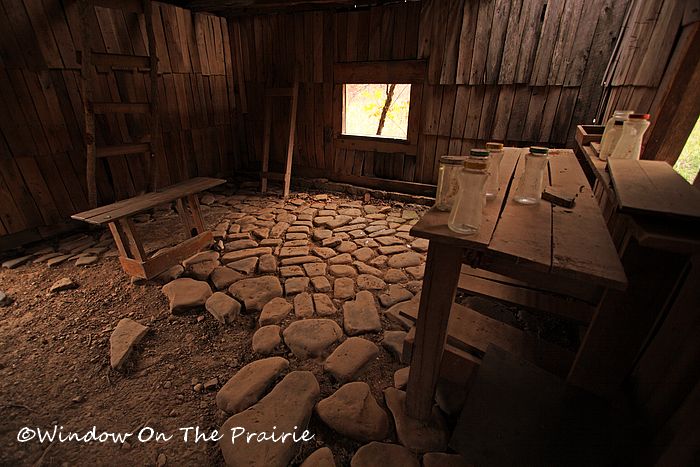 What an improvement this must have been. No more loose dirt underfoot. Yay!

As the saying goes,

“Don’t you wish these walls could talk?” Or in this case, 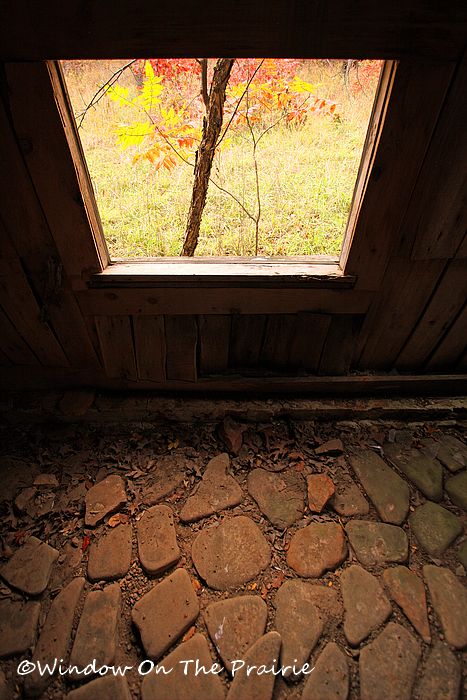 “Don’t you wish this floor could talk?”