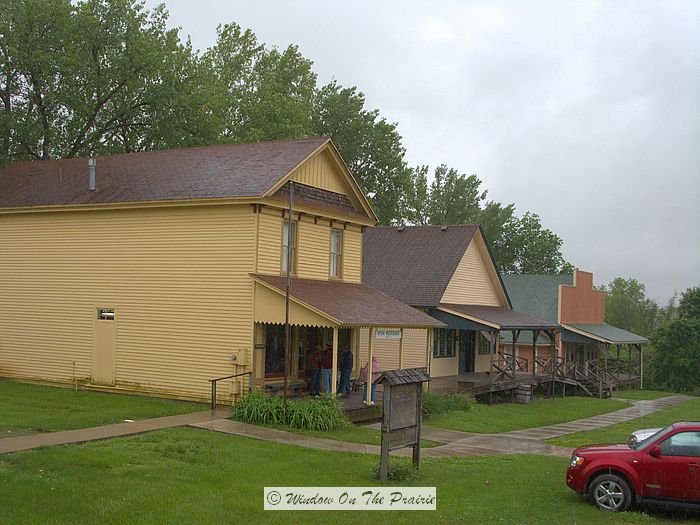 Founded in 1967 in Oskaloosa, Old Jefferson Town consists of buildings moved there by the local historical society, and  include a church, blacksmith shop, one-room schoolhouse, a jail, general store, Victorian home, the John Curry boyhood home, and a museum.  The museum focuses on the businesses of the county from around the turn of the century, and includes displays of doctor and dental equipment, post office windows, bank fixtures, printing equipment, barbershop chairs, blacksmith tools and millinery.

Also located at Old Jefferson Town are a genealogical research building, a bandstand, and a native grass prairie.

We arrived in Oskaloosa about noon, so we looked for a place to eat lunch, and found a diner on the courthouse square. It had a lunch counter where the locals had gathered to catch up on town gossip. 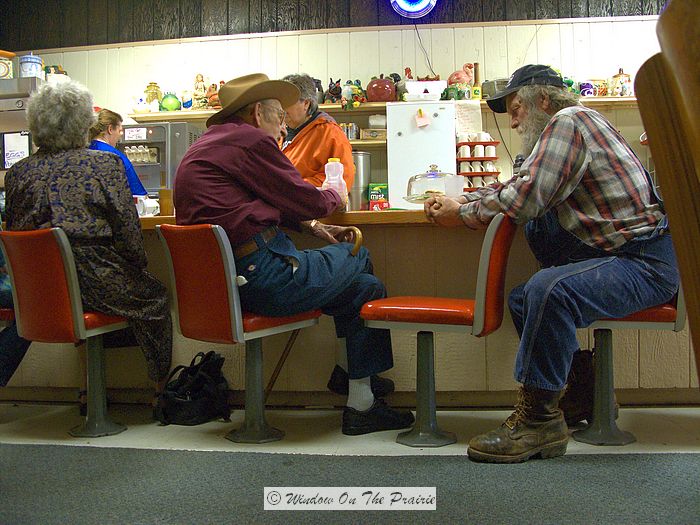 After lunch, we toured the buildings at Old Jefferson Town. There was a lot to see, including an old jail cell: 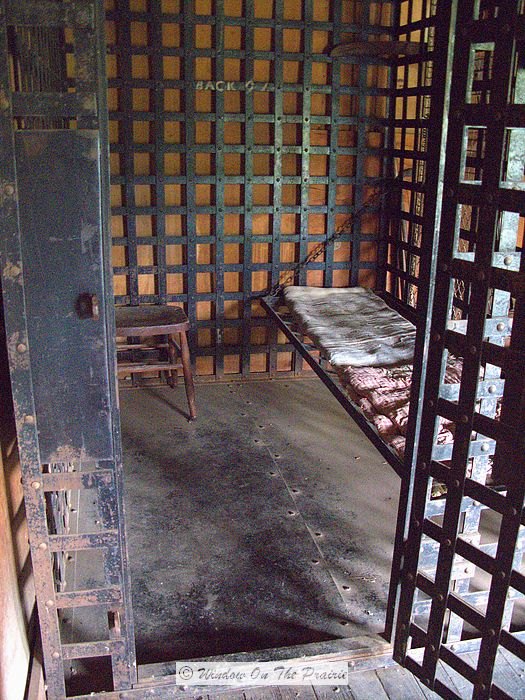 complete with ball and chain: 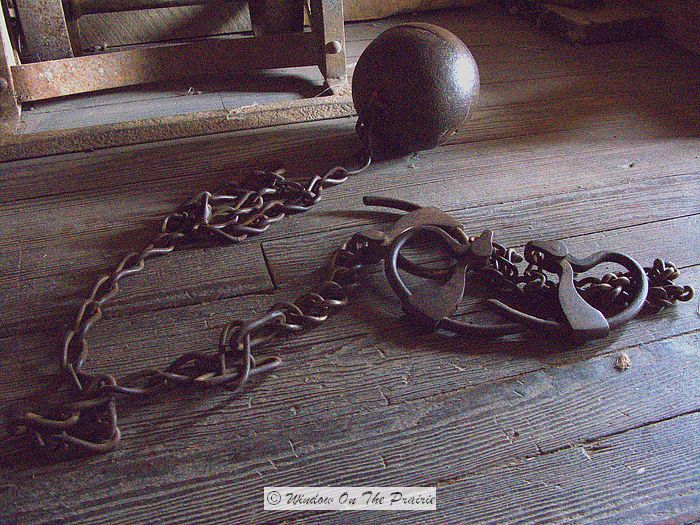 On the wall of the jail was tacked an old patent medicine show poster: 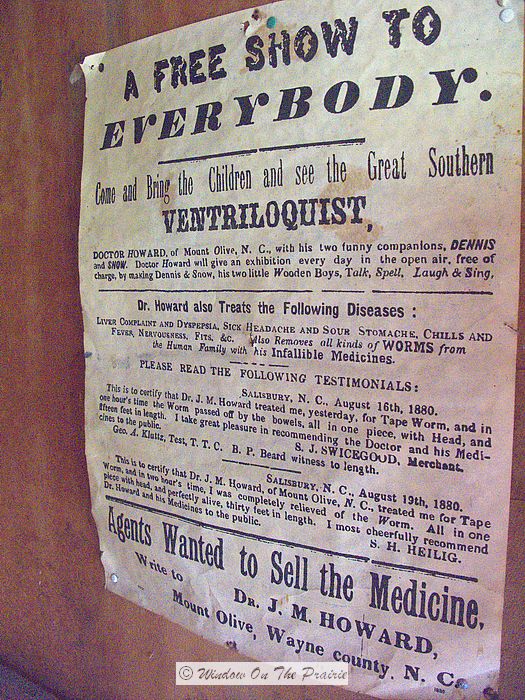 I just had to read the fine print: 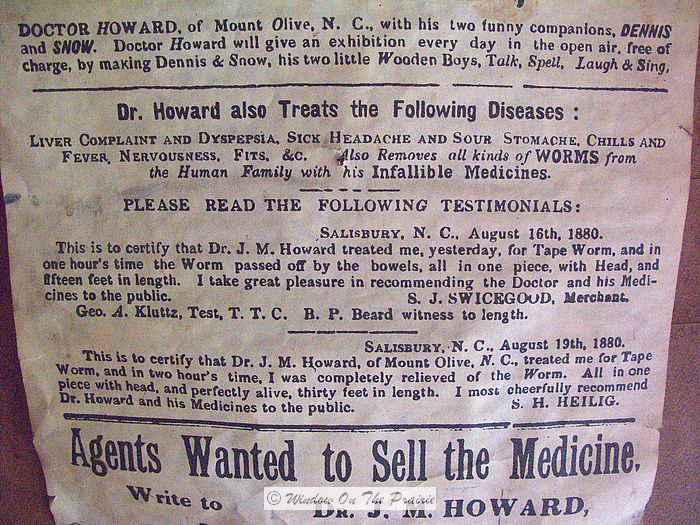 You know, if I had a 30 foot tapeworm, I think I’d keep that to myself. No need to let the world know and start people talking about me.

Here’s a remedy for “kidney and bladder complaints”. 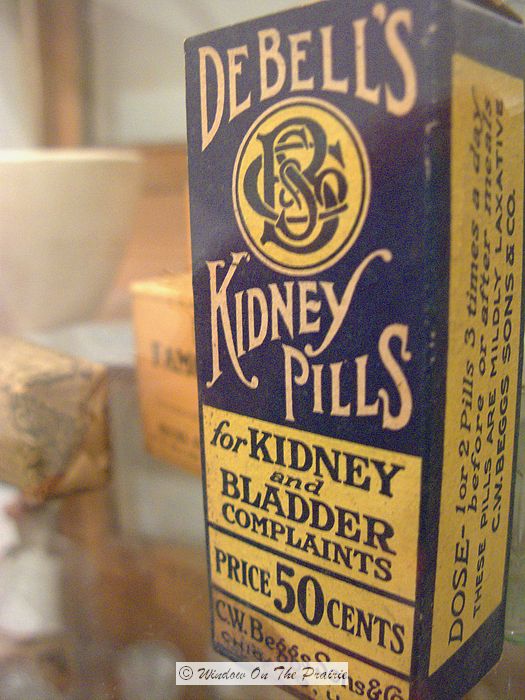 On the side of the box it states, “These pills are mildly laxative.”   Yeah, I’ll bet. “Mildly” is probably an understatement.

I found a collection of old medical slides, containing the great diseases of the era: 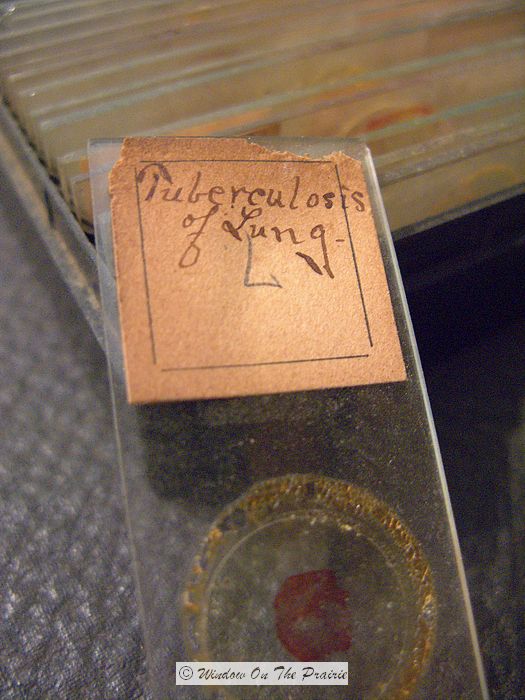 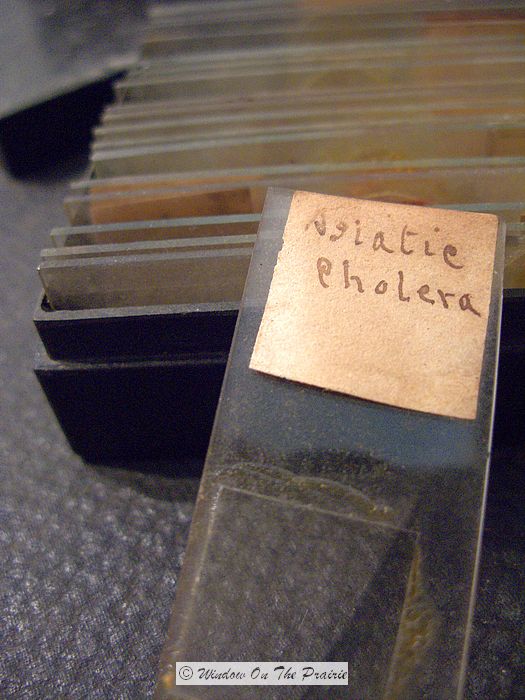 Tuberculosis and cholera were great killers of the time. Doctors tried to ease the symtoms, but there was no cure. Cholera attacks the digestive system, and from the onset of the symptoms until death can be less than a day. From 1881  to 1896, one cholera pandemic took the lives of almost a billion people worldwide.  Cholera still exists today, but if treated soon enough, it can be cured.  Tuberculosis, also known as TB, or in the past, Consumption, usually affects the lungs, but can affect other parts of the body as well. In the 20th century, tuberculosis killed an estimated 100 million people. An immunization was discovered in 1921, and there was hope that the disease could be eliminated. That hope was dashed in the early 1980s when new drug resistant strains of TB surfaced.

On a more positve note, we saw 3 small books kept by a local doctor, who from 1894 through 1931 delivered 755 babies, including 13 sets of twins, and 1 set of tripletts. He kept a record of every birth: 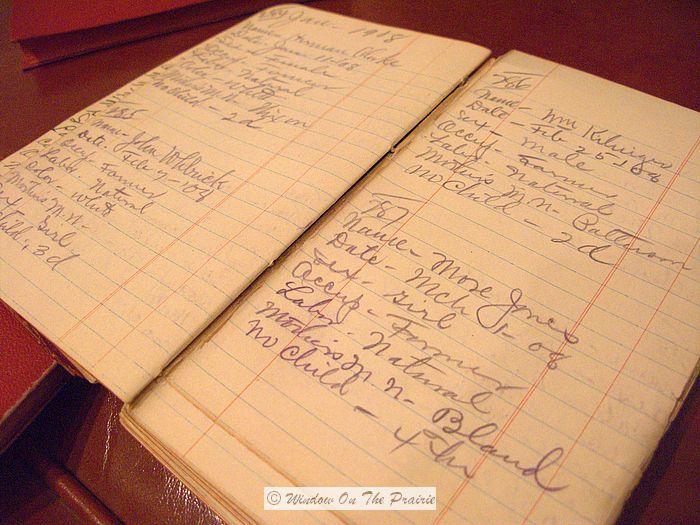 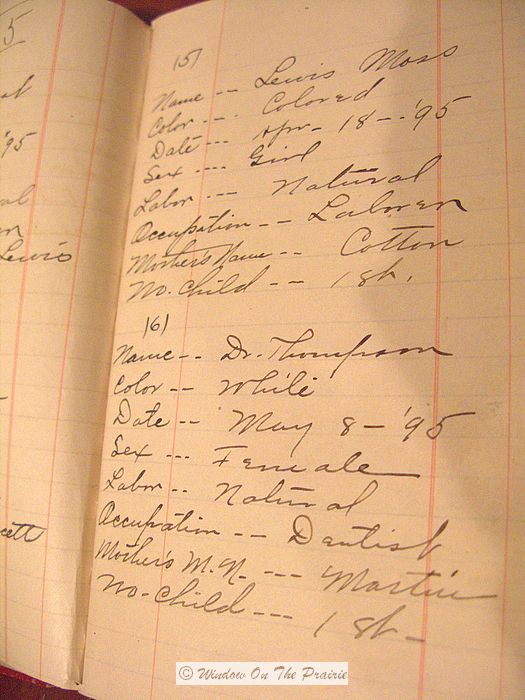 Interestingly, the father’s full name and occupation is listed, but only the mother’s maiden name was recorded. Also noted were the date of delivery, race and sex of baby, type of delivery, and the number of children the woman had delivered. 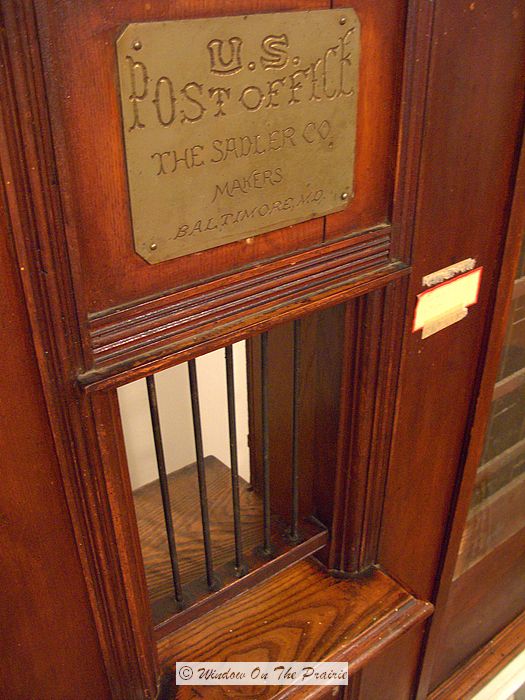 I wonder why there are bars on the window?  Were people going “postal” even back then?

And here’s a bank teller window: 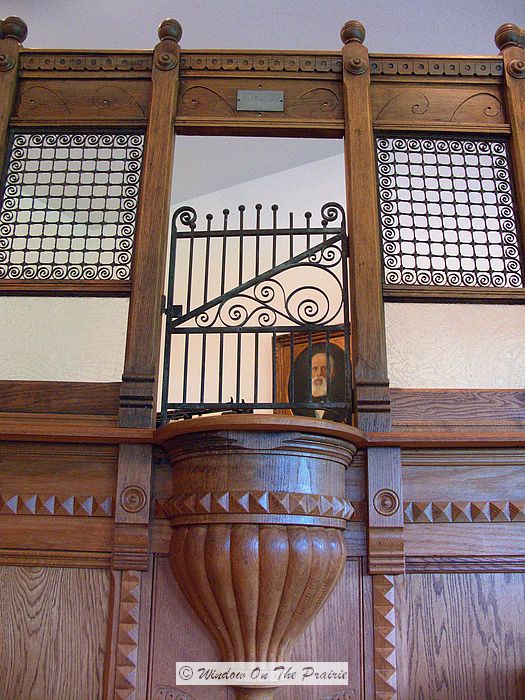 If our local bank’s teller window was this ornate, I may just have to make up exuses to go to the bank. Why were things so much prettier back then?

Check out these 2 old barber chairs. 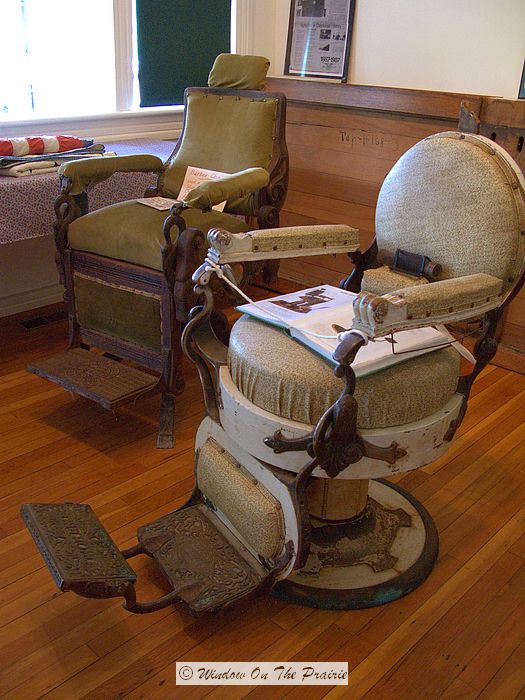 They don’t look quite comfortable, but they do look stylish.  I wonder how many feet of hair were cut in these chairs over the years?

We didn’t get a chance to see the church or one room schoolhouse as it was pouring rain. But we did visit the Victorian house. Moved to Old Jefferson Town in 1980, and full of the family’s furnishings, it was a facinating place, and we took a lot of pictures there.

But that’s another post for tomorrow.  See you then!