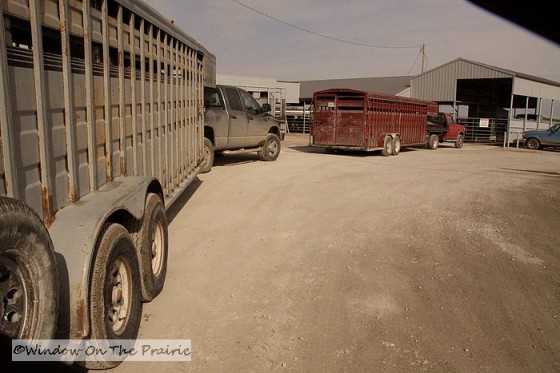 Once each year in February, we take the calves born the previous spring to the cattle sale. At one year old, they are no longer known as calves, but either steers or heifers. The steers, or castrated males, will go out on grass or a feedlot for another year, and then become big macs. The heifers, or young females, may go the same route, or they may go on to be bred to have a calf and become part of a cow/calf operation like our own. Harland and his brother hauled most of them down to the sale barn on Monday of last week, and then the next morning, the day of the auction, Harland and I hauled down the last load. Once at the sale barn, we waited in line, and then when it was our turn, we unloaded. 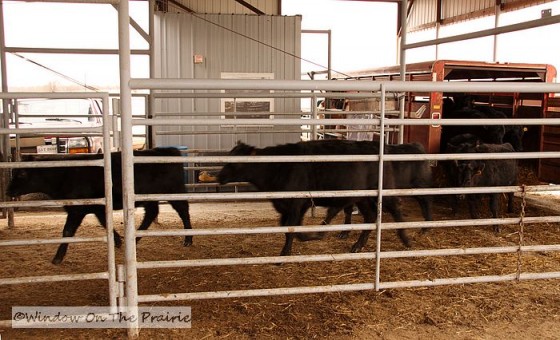 As they were unloaded, one of the guys there hollered to another telling him into which pen they were to go. 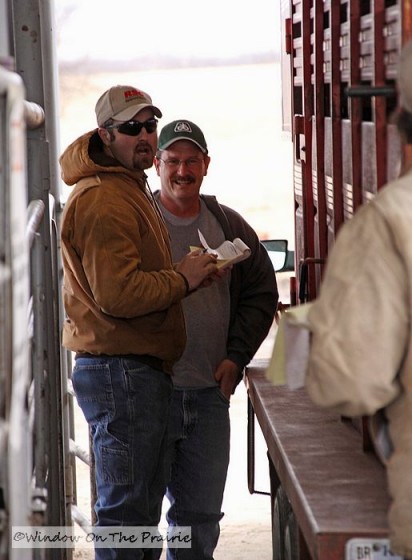 Ours weren’t due to be auctioned until mid afternoon, so we had time to do some shopping, eat lunch, and then return to the auction. We found a good seat alongside the auction ring. 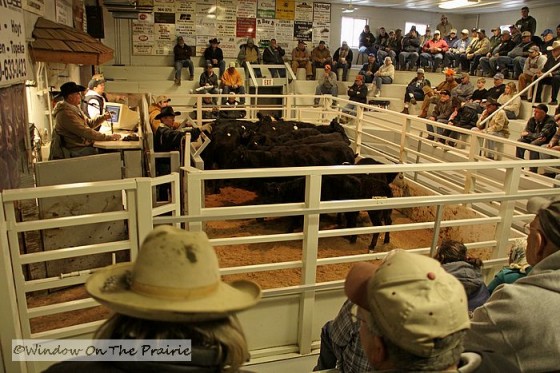 Sellers tend to sit at the sides and near the ring, while buyers sit up in the nosebleed seats up top. The auctioneer sits at a desk above the ring. 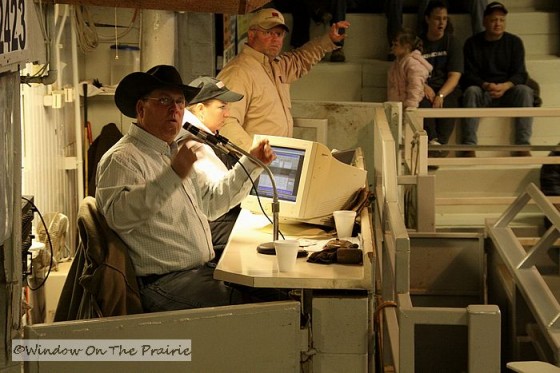 It’s fun to watch him when bidding gets hot. 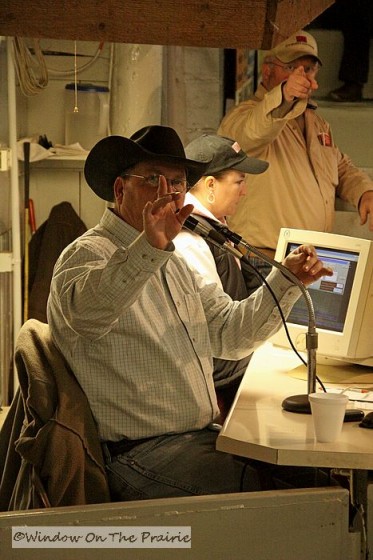 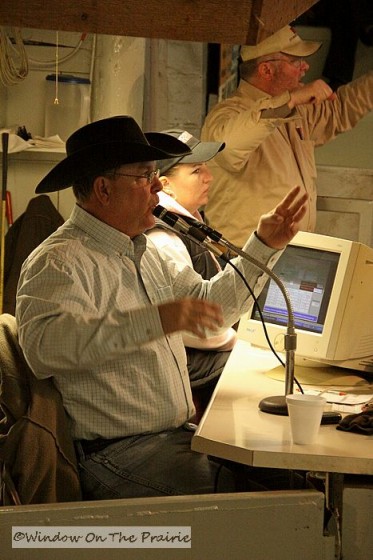 Directly in front of the auctioneer are the two ring-men, whose job it is to usher each lot of cattle in and out of the ring and also point out bidders to the auctioneer. 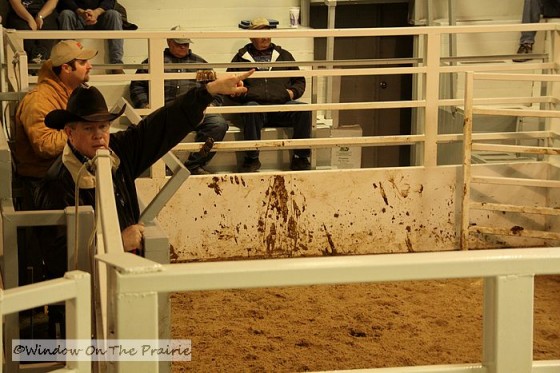 Buyers indicate their bid by as little movement on their part as possible. In fact, I have a heck of a time figuring out who is bidding. 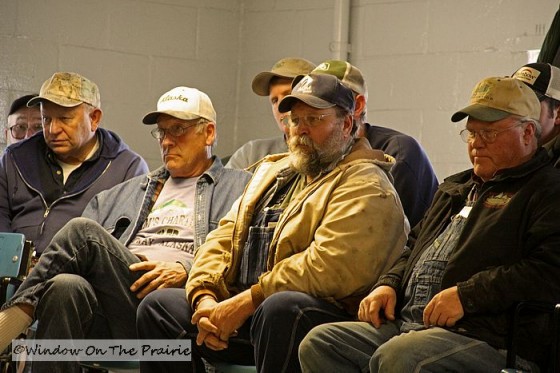 Each owner’s cattle are sorted into weight and sex groups and sold in lots. For instance, ours were broken into lots of light steers, heavy steers, light heifers and heavy heifers. 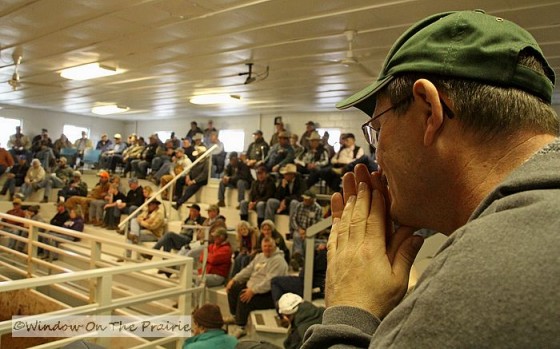 And he had an animated conversation with his neighbor, who just happens to own pastureland near us. 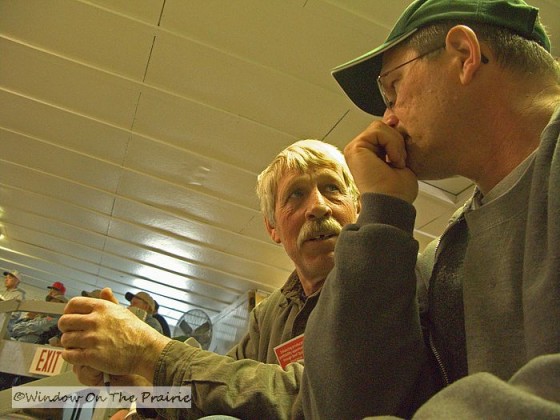 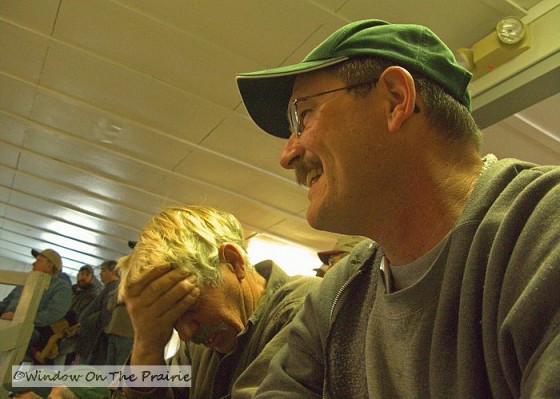 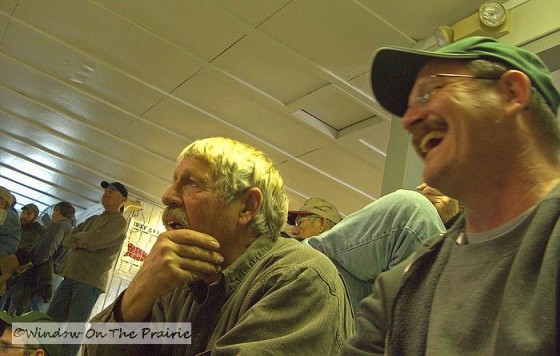 (The last group to enter the ring was not ours, so that’s why the video cuts off like it does.) While it appears that the ring-men are hurting the cattle, they really aren’t. The buyers want to see both sides of each animal, and to see that they aren’t limping or have any injuries. For those reasons, the ring-men try to keep the cattle moving.

And just like that, it’s all over. One years worth of work sold in less than 5 minutes.

Afterward, we picked up our check at the office, and headed to the bank. 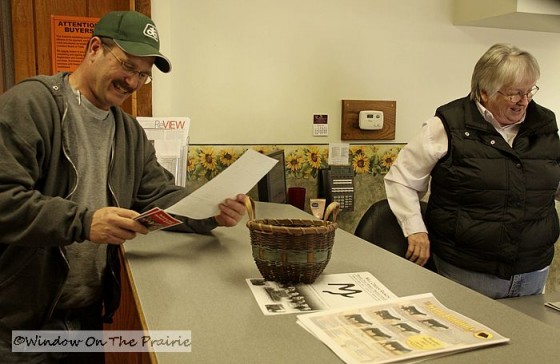 In a few weeks, our cows will start having this year’s calves. And so it starts all over again.

——–> UP NEXT: More from the cattle auction. There’s a lot more going on than just the sale of cattle. 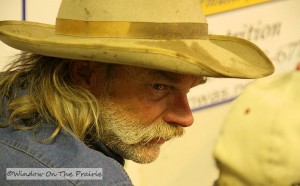