More From The Cattle Auction 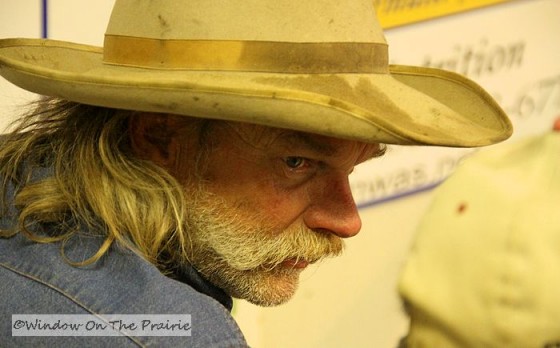 Yesterday I shared the serious side of a cattle auction, but today, I want to share the lighter side. There’s a lot more going on than just the sale of cattle. For one thing, it’s a great place to people watch.

This cowboy seemed to have dropped in from another century. 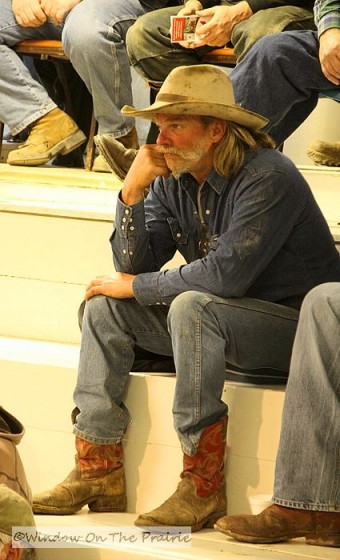 He looked all tough and serious…until he laughed. 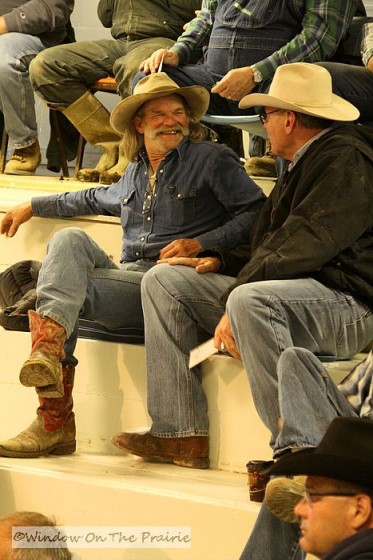 These 2 ladies seemed to have gotten lost on their way to the grocery store. 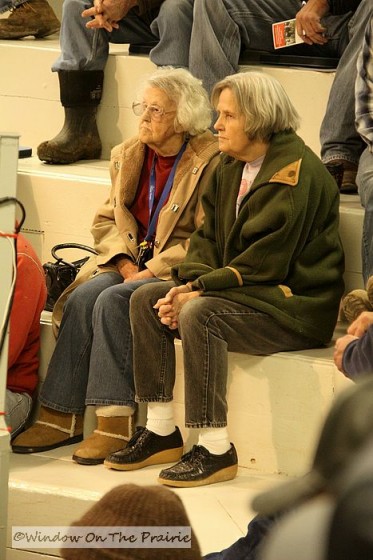 “I wonder where the produce department is Eunice.”

“I don’t know, but the beef certainly looks fresh.”

This lady was eating what appeared to be a homemade slice of lemon meringue pie. There’s a grill just down the hall from the arena. Later, she had another slice. Must have been really good. 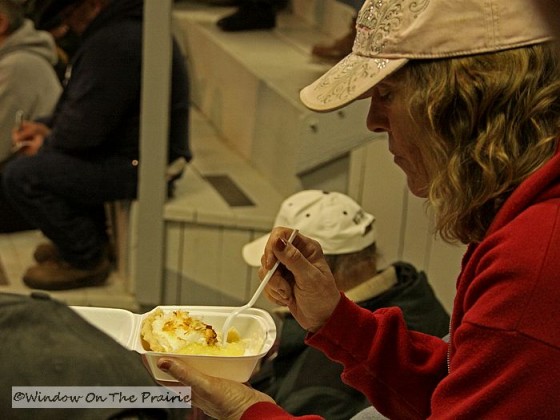 This family group looked about as bored as I’ve ever seen. 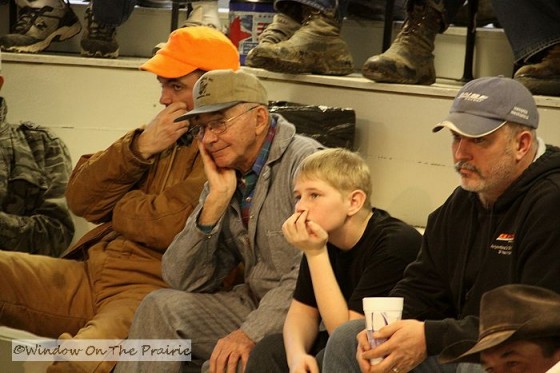 Their boredom must have been contagious cause everyone around them caught it. 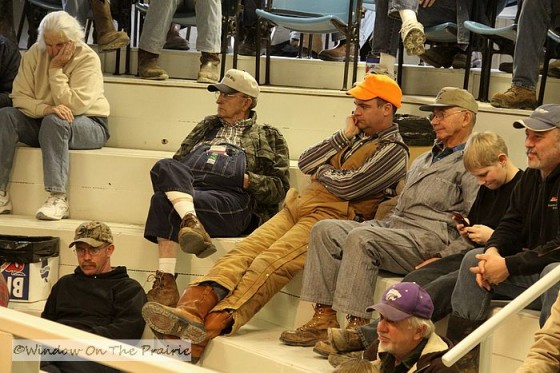 I notice people’s hands. You can tell a farmer/rancher just by looking at their hands. They tell the story. 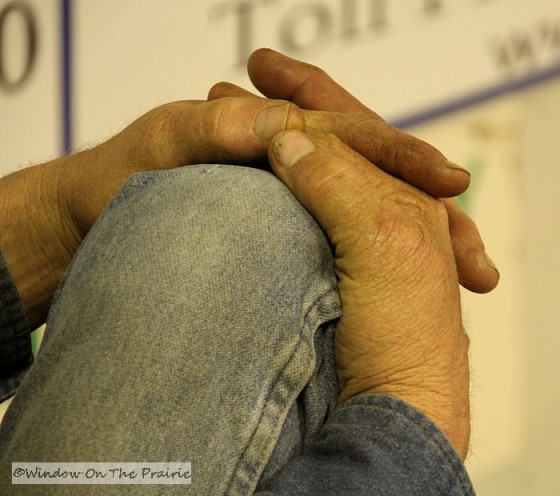 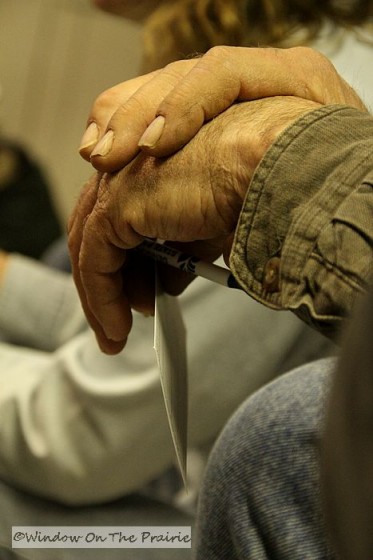 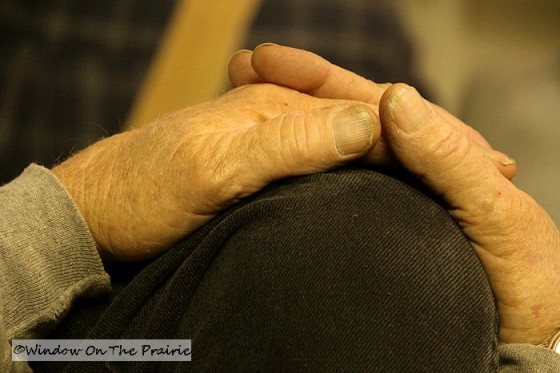 At one point we noticed a cat had entered the arena. It didn’t seem to belong to anyone, but looked like it felt right at home. 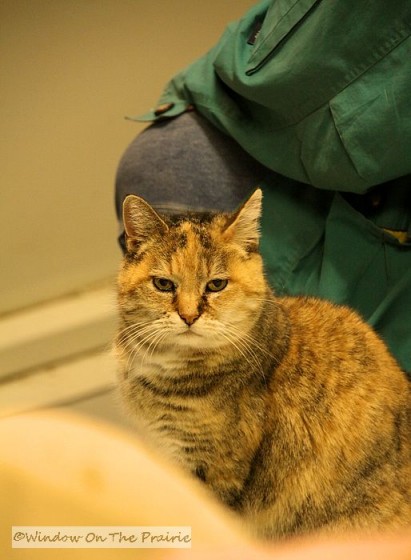 We pointed it out to our neighbor. He said, “oh him, he’s been here for as long as I’ve been coming here.” I watched as it wandered around the arena making friends. 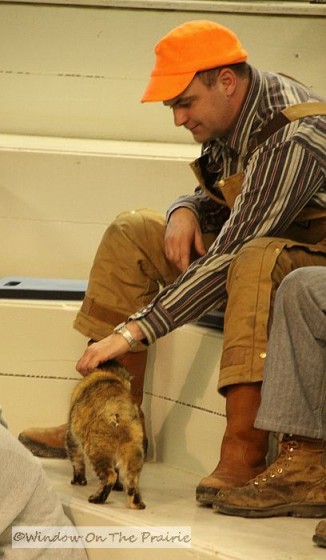 It was looking for a little attention. 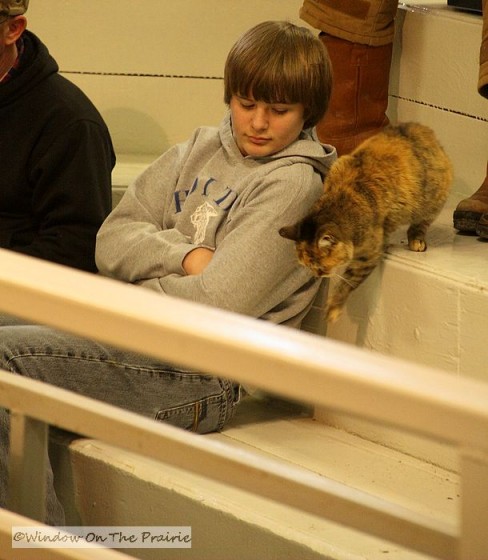 But it was also working the crowd for food. I noticed at least 2 people giving it a tidbit or two from their plates.

Cattle auctions are a fun place to spend an afternoon. Have you ever been to a livestock auction? 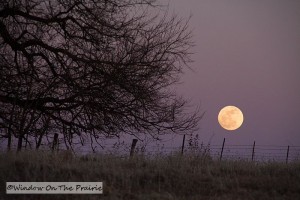 Tags: More From The Cattle Auction