Hazel’s Calf Goes To The Vet

When I got home from work yesterday, I noticed the stock trailer was gone. This time of year, this means somebody’s taken a trip to the veterinarian. I hoped it wasn’t serious whatever it was. Not long after, Harland pulled into the driveway in the pickup pulling the trailer.

“Ever heard of a calf getting an abscess?” he asked.

I didn’t see anybody in the trailer until he opened the side door and there was Hazel’s calf all by herself. As she stared out at us, a little calf in a large trailer, I noticed a bump on the side of her face that appeared to have an incision on it. Harland explained that he noticed the large bump yesterday, and took her to the vet to have it taken care of.

To get her loaded up for the trip, he lured the cows into the barn with grain, and while everyone was distracted, he cornered little Hazelett and loaded her into the trailer. Once there, she began to bawl for Hazel, “MmmmmmmAAAAAAAAAAA!!!” who along with all the rest of the girls answered back, “MMMMMOOOOOOOOOOOOO!!”.  Harland said they gathered round the trailer and he was afraid he wouldn’t be able to drive out of the pasture gate without all of them following, but he managed it finally.

Harland drove to the vet, and once there, Dr. John drained the abscess, gave Hazelett antibiotics, and sprayed her head with fly spray. Dr. John thought she had probably been mouthing some dry grass or a stick and had accidently poked herself in the mouth which then became infected inside her cheek.

Back at home, I walked up the hill to open the pasture gate for Harland, and he backed the trailer into the pasture. The girls and their calves came over to look, but stayed a respectful distance of about a hundred feet away. Harland opened the trailer door and Hazelett quickly figured out where she was. She ran from the trailer toward the cows bawling all the way, “Maaaa, maaa, maaa, maaaa, maaa!!!!”

The girls “Mooooo, mooooo, moooooo’ed!!” in reply, and then gathered round to welcome her back and sniff her all over. I teared up. Oh dear.

No doubt she was a myriad of strange unknown smells. Finally, everyone settled down, and the little herd headed to the furthest corner of the pasture to graze and rest. Harland and I ate supper, and then he went up to the farm to do some work while I headed to the veggie garden to plant onions. Later, I headed out into the pasture to take pics of the growing calves. As I trained my lens on the group, something disturbing caught my eye. 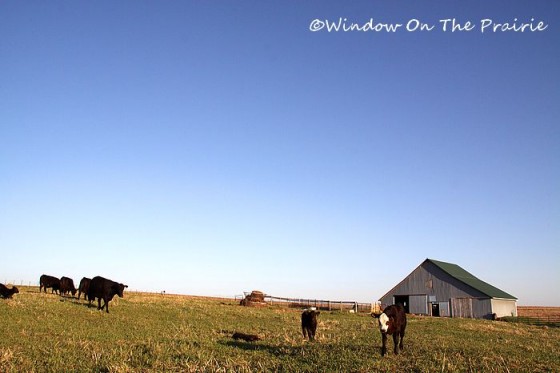 It was a calf laying flat out on the grass. 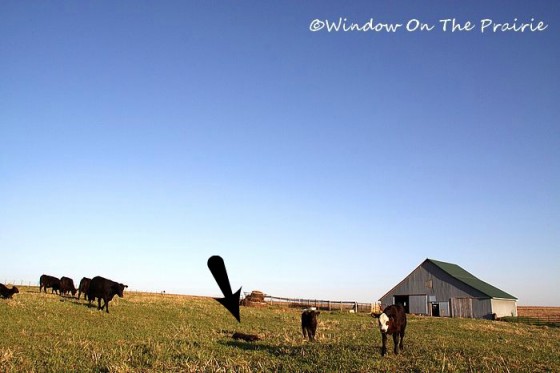 As I watched, the cows went over to the calf and gathered round it sniffing and licking it. 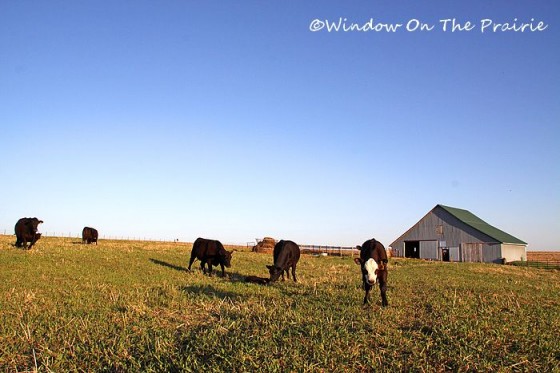 The calf didn’t move, and my heart sank. 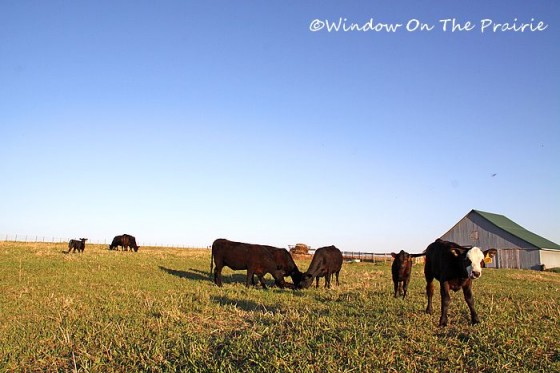 Was it little Hazelett? Had the day been too much for her? Was she dying?

The girls continued to lick and sniff the calf all over, an unusual sight as cows don’t take care of any calf but their own. 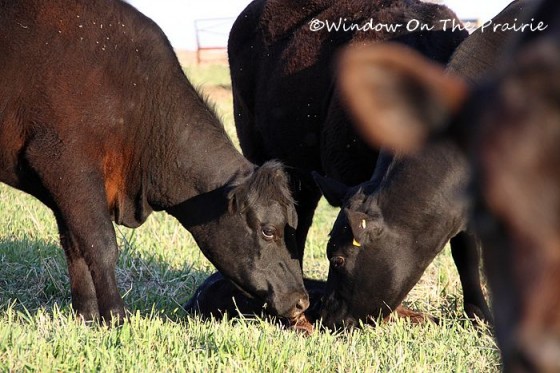 Finally, finally, the calf lifted her head and got to her feet. It was Hazelett, and she appeared to be ok after all. Whew….. 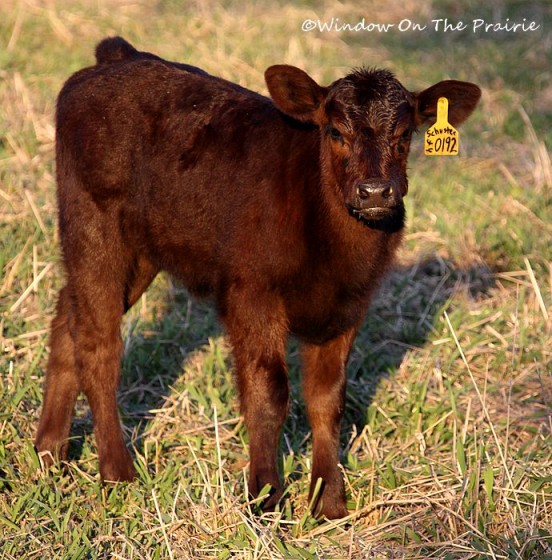 (see the bump on the right side of her face?)

She found her mom, and began to nurse. 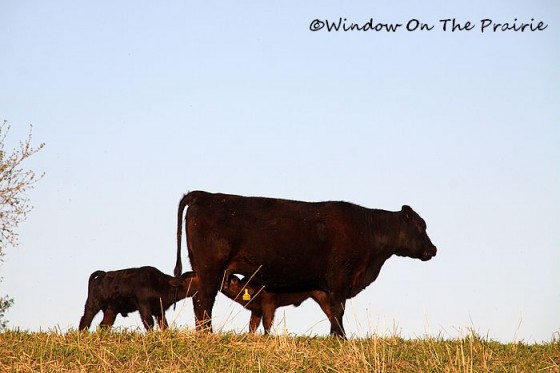 Of course, she had company, Eunice’s calf, the thief. That’s Hazelett on the right and the thief on the left.

But later Hazelett had her mom all to herself and a meal on the run as Hazel wandered about. 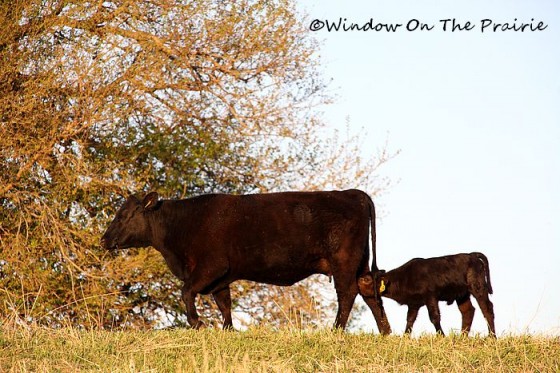 After she had her fill, she lay down to rest. 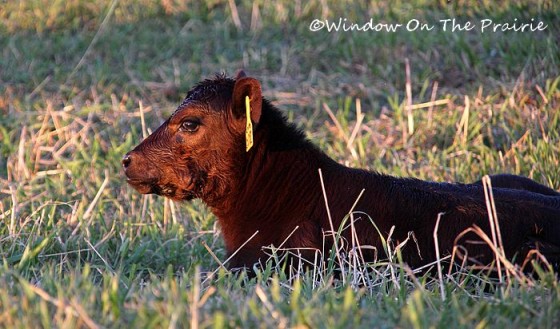 (you can see the bump on the lower part of her face, above)

She was wary of me and wouldn’t let me get too close to her. Hopefully, she’s on the mend now and will soon be feeling better.  Dr. John said we have to keep an eye on her for the next 10 days, so that means she and Hazel won’t be able to go to the summer pasture with the rest of the herd on Saturday.

I’ll keep you posted on her recovery.