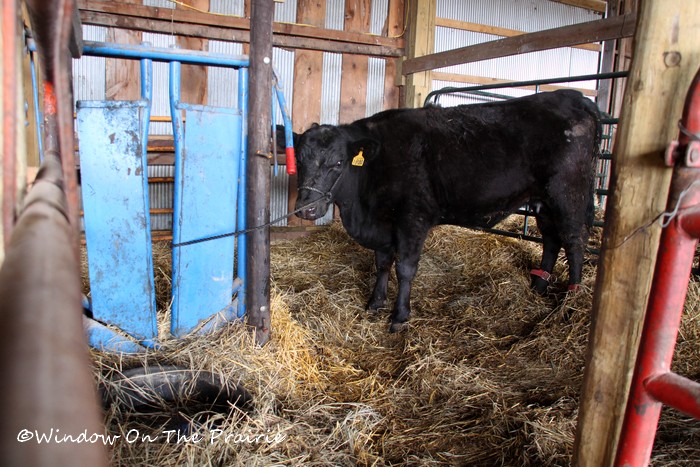 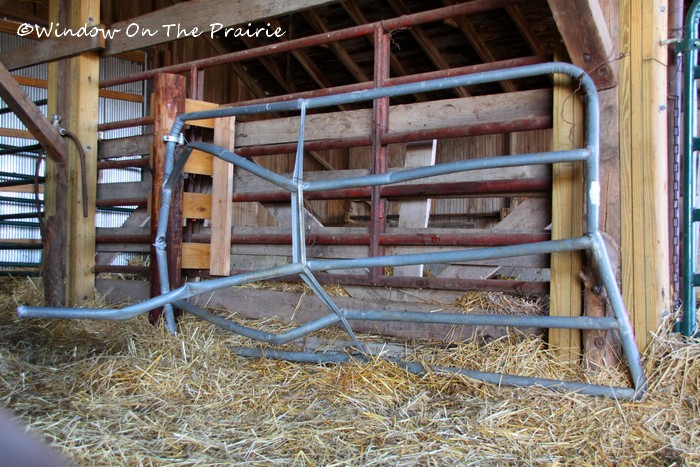 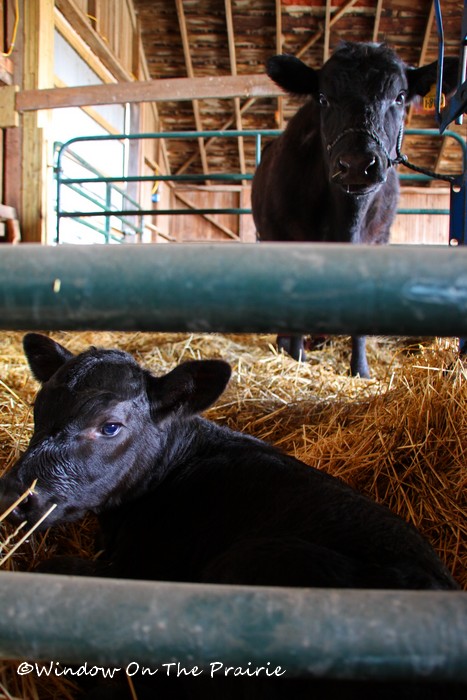 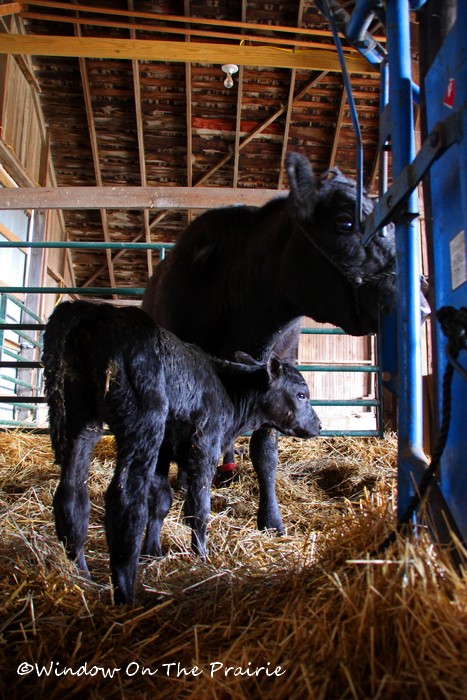 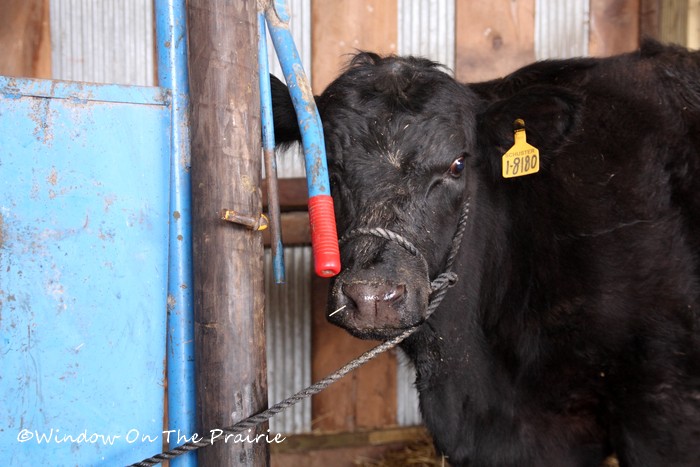 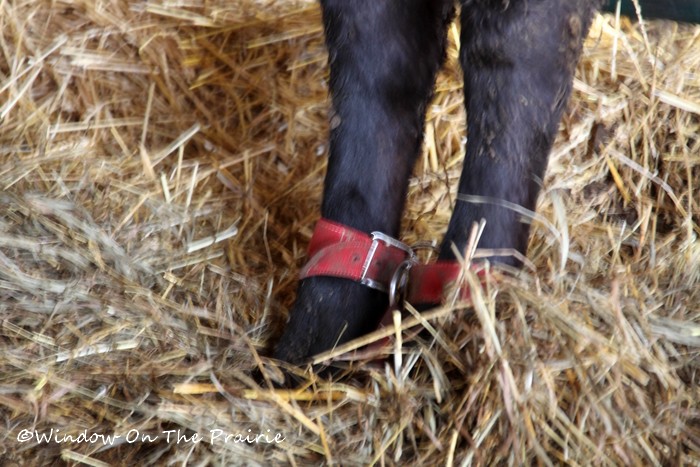 Note:  Prisoner’s lead rope is of sufficient length as to allow Prisoner to either stand or to lie down. Prisoner is fed plenty of hay and water daily. Prisoner can walk with hobbles on, but cannot lift feet high enough to kick her calf.

Sentence Duration:  Indefinite Number of Days: No Less Than Three and No More Than 7, Or Until Judge Harland Loses His Patience 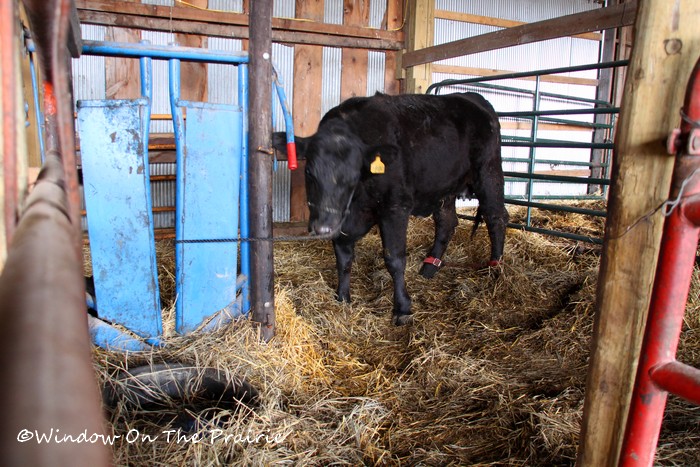 Status:  As Of 3rd Day Of Therapy:  While the Prisoner should be commended for their present state of calmness, which is much preferred over their previous state of hysterical thrashing about when initially sentenced and confined, the Prisoner is still unwilling to take care of her calf. The Prisoner has yet to make the “new mother soft mooing sound” to the calf, or to clean the calf or to nuzzle it. But worst of all, when the calf attempts to nurse, the Prisoner moves away,  or attempts to head-butt it. Fortunately, the Prisoner’s calf is persistent and willing to chase the Prisoner around the pen to nurse.

Of additional concern is the influence of the Prisoner over the victim:

“My Mommy did this.” 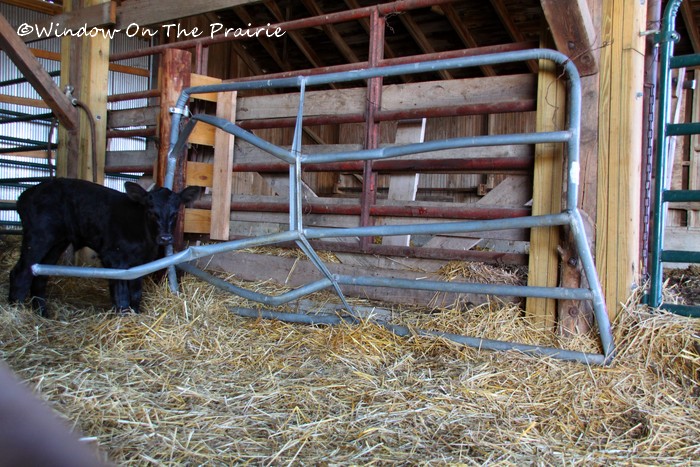 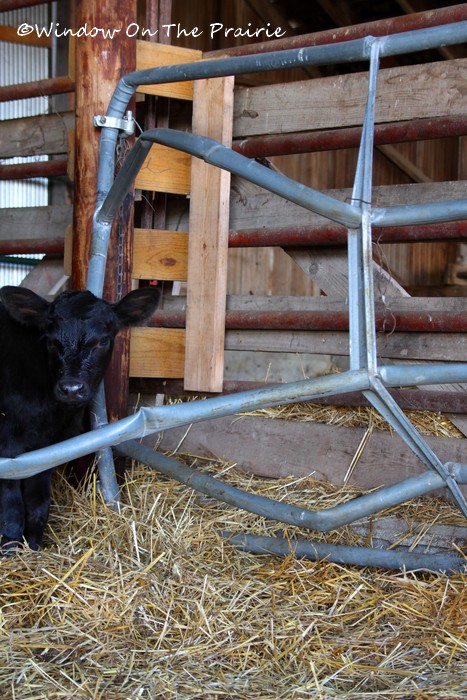 Parole Status:  More therapy is needed for the Prisoner until she decides to be a good mother, or until Judge Harland deems the therapy to be ineffective. At which point Prisoner will be sold, and the victim will go to a good home as a bottle calf.

Case Status:  On Hold. Awaiting positive outcome, but prepared for negative outcome. Judge Harland has seen many positive reversals of “Bad Mom Syndrome” with this type of therapy and remains hopeful.  Case will be revisited at a later date.

4-4-13:   Update:   Harland took the halter and hobbles off the prisoner this afternoon and reported that while she is not being motherly toward her calf (cleaning, talking, nuzzling), she’s also NOT kicking or head-butting it while it nurses.  She’s not going to win any “mother of the year” awards, but at least she’s letting the calf nurse and that’s a big thing. So, the plan is to leave her in the barn pen for another day just to make sure, and then they can both go out to pasture with the other young moms and babies. And that will be a week to the day since the prisoner was confined to the barn. Why are some cows so stubborn?  Geez!