Late Monday afternoon, Harland noticed a cow who had an amniotic sac protruding from her behind. She was in labor. So he brought her up out of the pregnant cow pasture and put her in a little lot with access to a shed near the driveway so we could keep an eye on her. This was about 5pm and he figured she should have a calf on the ground within an hour.

But, at 6:30 when he checked her again, there was no change. He left for a fire dept meeting at 7:00 and so I starting checking her about once an hour and giving him text updates. By 9pm, there had been no change whatsoever.

To add to our worries, the cow was tired of being incarcerated and was looking for a way to escape.  She repeatedly shoved at the gates and fences like a inmate rattling her prison bars. If she managed to escape, we’d have a heck of a time getting her back in the dark.

About 9pm Harland returned from his meeting. He looked at her, thought for a minute, and then decided the calf needed to be pulled, otherwise it might die.

First he called Charlie, our neighbor, and asked him to come help. Before Charlie arrived, we needed to move the cow into the shed where we pull calves. The cow needed to be tied up and the “pulling shed” has substantial posts capable of holding a half-wild 800 pound animal. But due to the snowy cold weather, the shed was full. The shed has 2 large pens and each one had a cow with a newborn calf. So Harland had the girls with their calves double up into one pen leaving the other empty for us to use for the pulling. Then Harland turned the cow in labor into the empty pen we got all our pulling equipment together: puller, obstetrical chains, warm soapy water, and towels.

Charlie arrived, Harland roped the cow, and a little rodeo ensued with the cow bucking and winging around the pen while the guys jumped out of her way to avoid being crushed or stomped to death. After last year’s experience with a wild confined cow, I’m a chicken so I stayed outside the pen.  Finally Harland tied her close to a sturdy post, put a halter on her and tied that to the post as well. With the “patient” secure, it was time to pull the calf.

We were so happy to see the cow accept and take care of her calf. Very often when we pull a calf, the cow will reject it.

It was midnight before we got to bed, and we were asleep almost before our heads hit the pillows.

The following evening I went back to take some pics of the newborn. Both she and her mama are doing well. 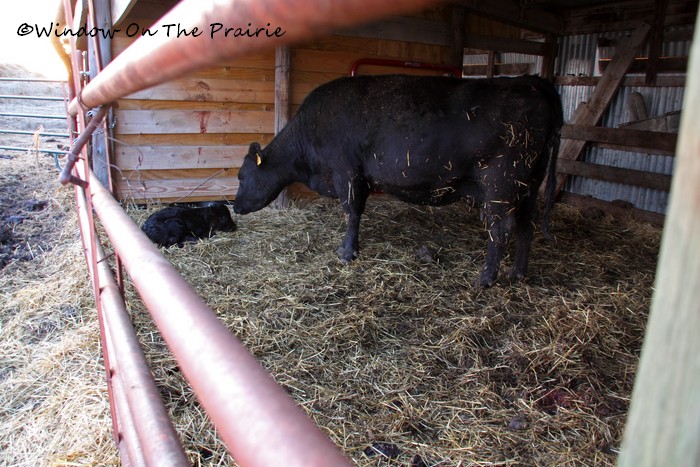 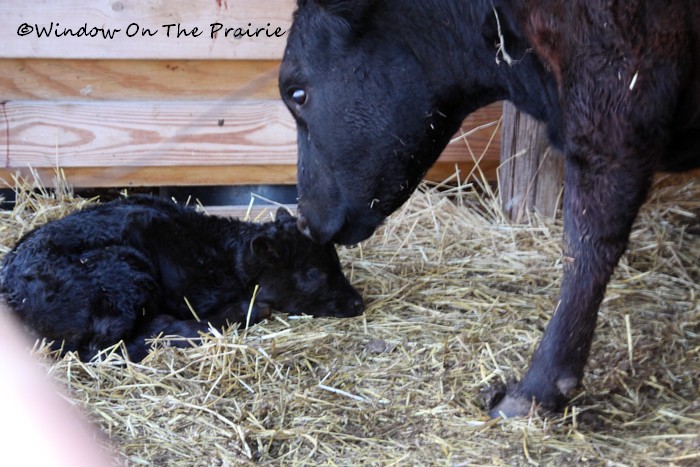 The calf is a little less perky than a calf who is born normally, but that’s to be expected. She’ll catch up in a few days and start bouncing about and playing. 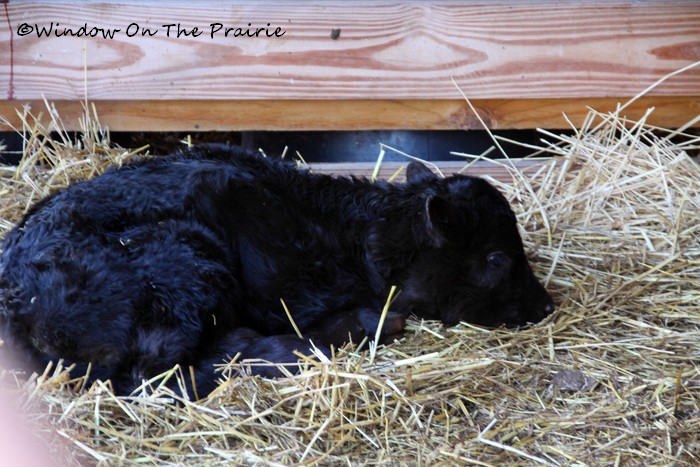 Today or tomorrow, they’ll both go out to the spring pasture with the other cows and calves. 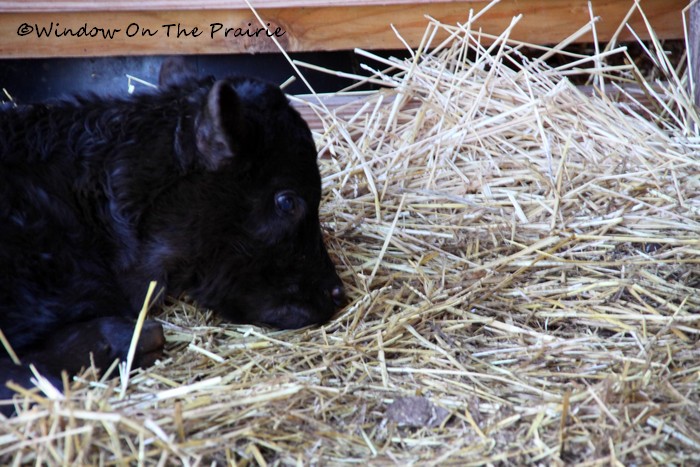 It’s one of the perks of farming when the end result of a rough situation is a live healthy calf and mama.