Yesterday I paid a visit to the calves. 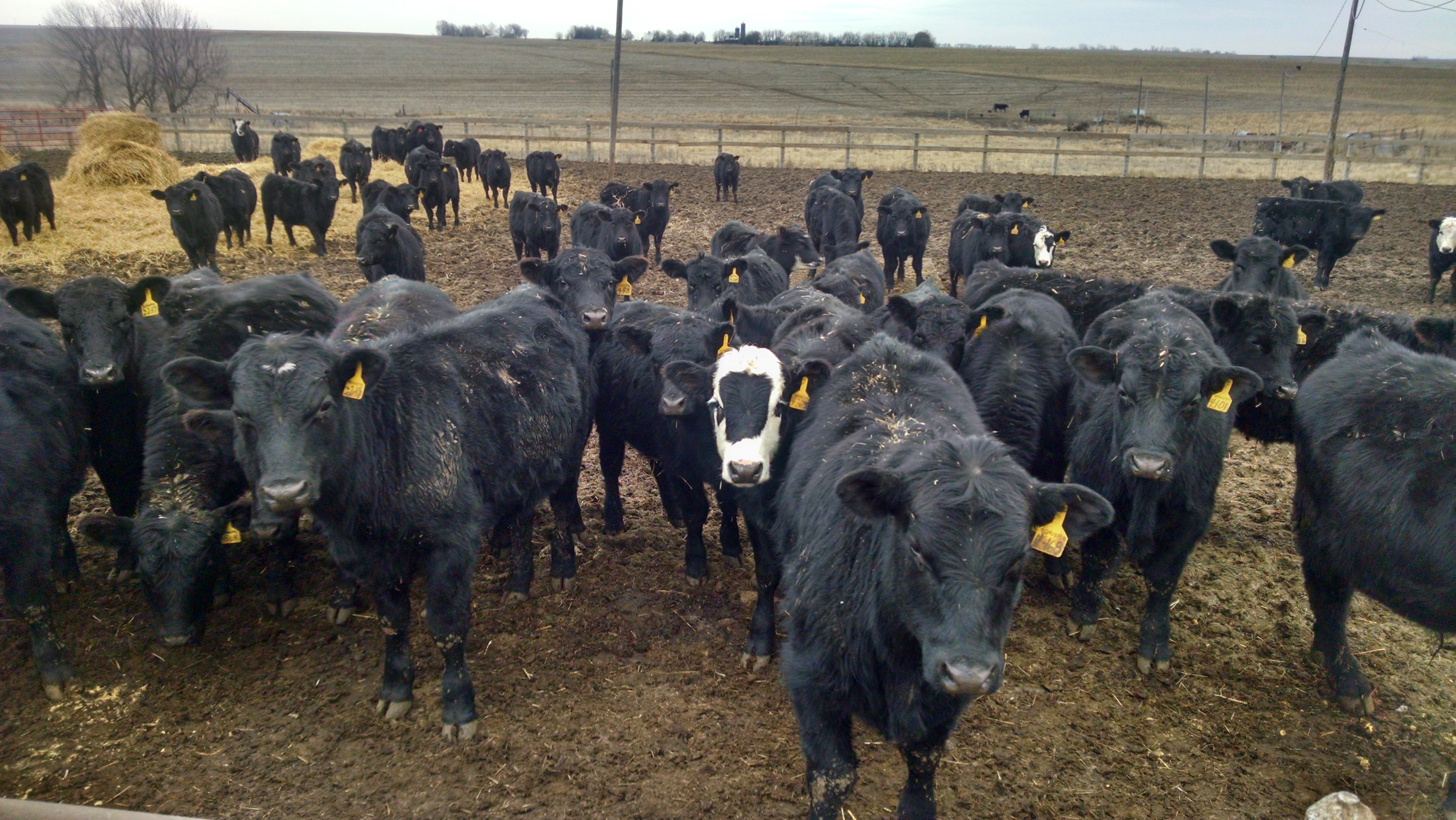 These guys are the 2014 “crop” of calves as they were born in March and April of 2014. Ours is a cow/calf operation and we have calves only once a year, in the spring.

When they were born, they weighed 80-90 pounds. 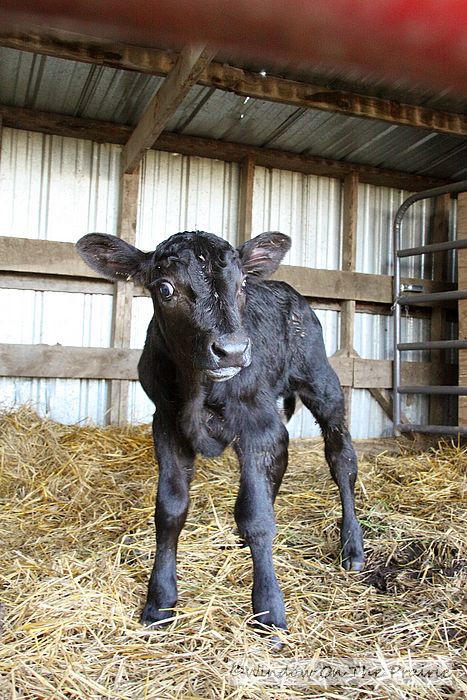 But now at nearly a year old, they are tipping the scales at about 600 pounds.

NOT cute and huggable.

To give them a hug now, first you’d have to catch them- good luck with that – they run like little racehorses. And even if you could catch up with one of them, he would probably kick the crap out of you if you tried to hug him.

The first 7 months of their lives were spent with their mamas, the cows, nursing her rich milk and grazing on summer grass. But in late October, we pulled the herd off the grass and weaned the calves off the cows by sorting the calves from the cows and putting them in adjoining pens. There was lots of bawling on both sides:

“I want to nurse from my mama!! Wahhhhhhhh!!”

But after a few days, the cows forgot about their kids went out to the harvested cornfield to eat the remains of the corn plants, while the calves stayed behind in the lot. We’re feeding the calves a ground-up mixture of hay, soybean meal, vitamins, salt, minerals, and distiller’s grain (a by-product of ethanol production – it’s essentially ground- up corn).

In a few weeks, we’ll sort off about a dozen of the female calves (heifers) to keep and use as replacements for any cows we’ll have to cull from the herd this year. The rest of the calves will be sold at auction in a few weeks. The heifers will stay on the farm and be bred by the bulls next summer, having their first calves in March of 2016. After the heifers have their first calves, they will not be called “heifers” anymore, but will be known as “cows”.

Meanwhile, the cow herd was bred in the early summer 2014, and will be having this year’s calves starting March 1, 2015. If the bulls did their job in a timely manner, all the cows will have their calves in a 2 month period, and we’ll be done calving by late April.

Soon we’ll have some little calves on the farm again. 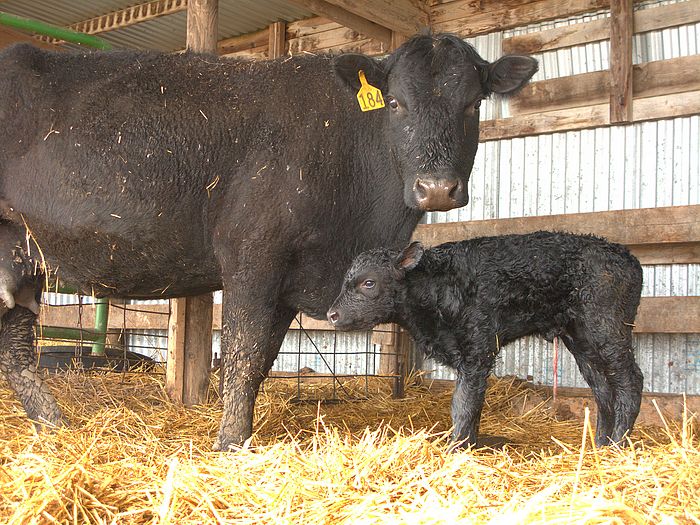 The calf that is, not the cow. She’ll kick the crap out of you if you try to hug her.