Blizzard On The Prairie 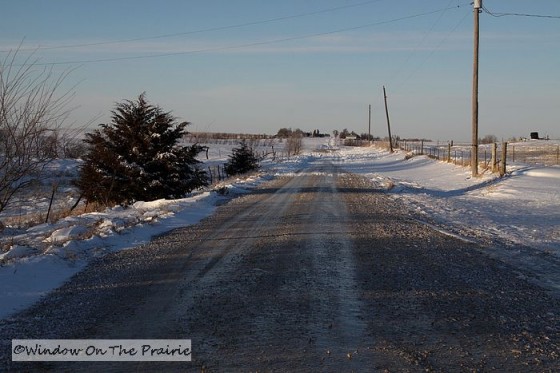 Today was sunny and cold and our high was only 9 degrees F. But today’s weather was preferable to the weather we had 24 hours ago at this time.

Yesterday, we were visited by a large snowstorm that crawled its way across the midwest. It snowed all day and into the night, and the snow was whipped up into drifts by 30 mph winds. I left early from work and drove carefully home. In some places the wind blew the snow across the prairie into great clouds that made seeing the road at times difficult. But I got home ok.

Later in the afternoon I rode along with Harland as he drove the mile north up to the farm to feed the calves their evening grain. Below is a video (my first!) as we left our driveway and made our way to the farm. The drifts were forming across the road. As we turn into the farm driveway, Harland made a strange noise as we busted through a drift (no, it’s not a burp.) And that’s me heaving a sigh of relief as we came to a stop at the end.

The picture above is a view of our road today. The video shows the same scene as it looked yesterday.

When we got to the farm, Harland cleaned the snow out of the calves’ feed bunk because if grain is dumped onto the snow, the calves won’t eat all the grain. The next video is of a well dressed Harland dumping the grain into the bunk, and most of the calves eating contentedly. Some of them like to switch positions during feeding. There’s room enough for all, but they’re convinced that their neighbors are getting better grain than they are.

The calves are now a year old and weigh between 500 and 600 pounds. We had planned on taking them to the livestock sale Monday, and they were to be auctioned off yesterday. The weather forecast changed our plans, so we’ll have them on the farm for at least another week.

This evening we went for a drive to check on the conditions of the roads. Most have been bladed out. Take a look at how high it’s piled up along this road a few miles from our house.

It will take a long time for that to melt off this spring.

——–> UP NEXT: Winter Sunrise over the prairie. 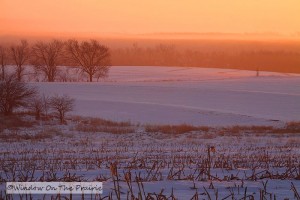 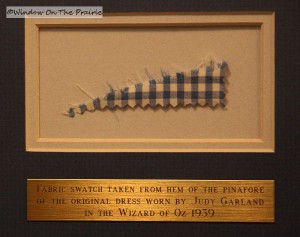