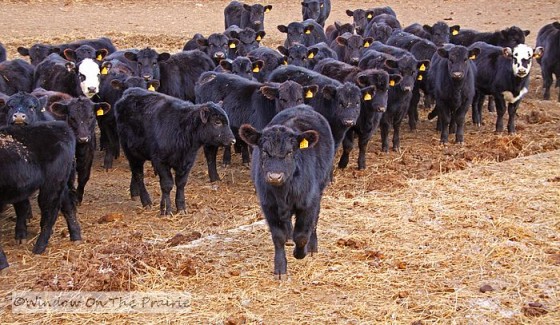 The calves, now about nine months old, were weaned several weeks ago, and have settled into a daily routine without their mamas. Harland feeds them grain and hay, and they’ve grown thick fur coats to ward off the cold. I went along with Harland on Sunday to watch as he fed them. Normally I would have helped with the grain, but I wanted to share some pics with you, so I brought along the camera and played photographer instead. He feeds them grain twice a day. It is a homemade mix of corn, oats, protein mix, minerals, vitamins, and sorghum. Harland also feeds them two 1500 pound bales of hay a week.  The grain is stored in a small building near the lot where the calves are kept. 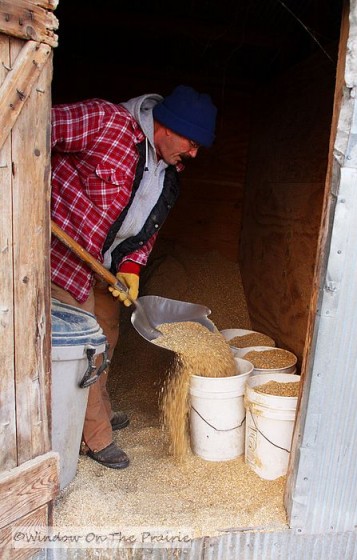 and then emptied them out along the length of the trough. 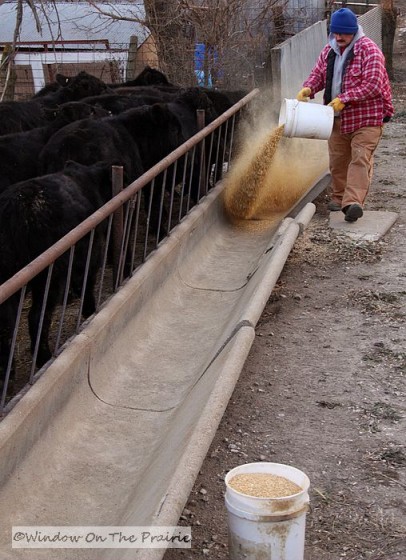 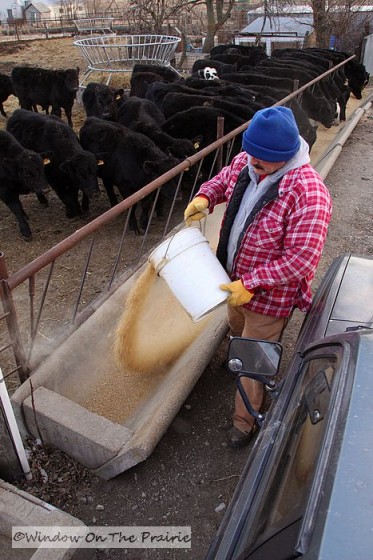 The calves love the grain, and fight to get to it, even though there’s plenty for all. Eventually they settle down and the sound of contented chewing from 50 hungry calves can be heard. 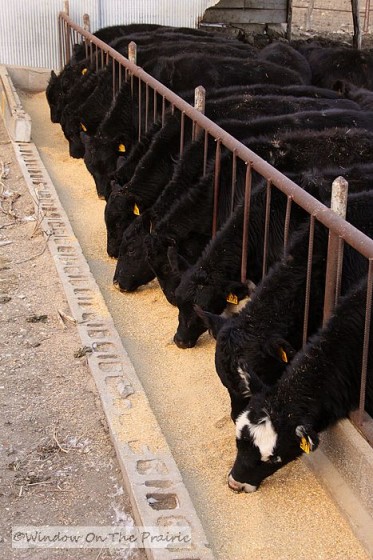 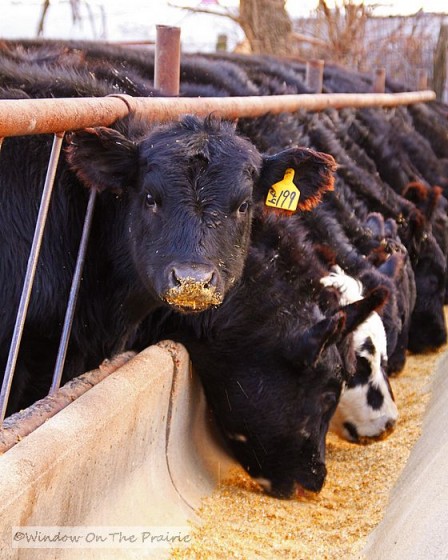 Then he brought them 2 fresh bales of hay. 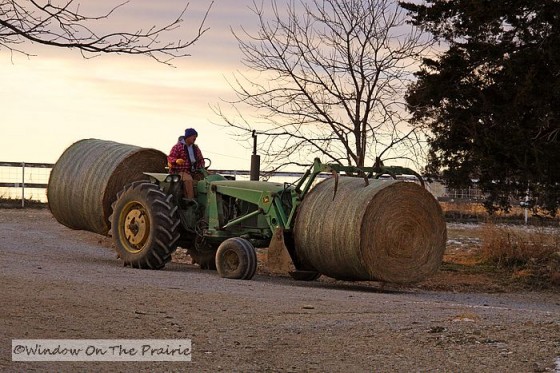 He cut and baled the hay back in June. (See post about haymaking here.)

He brings the hay into the lot, 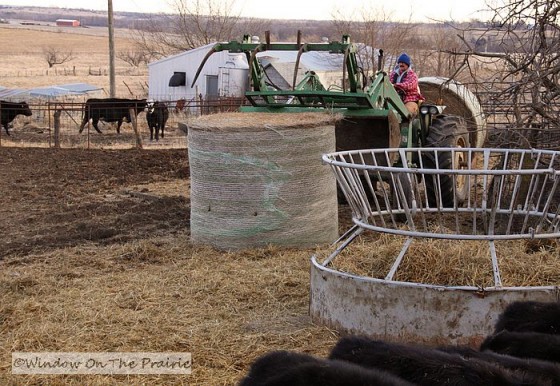 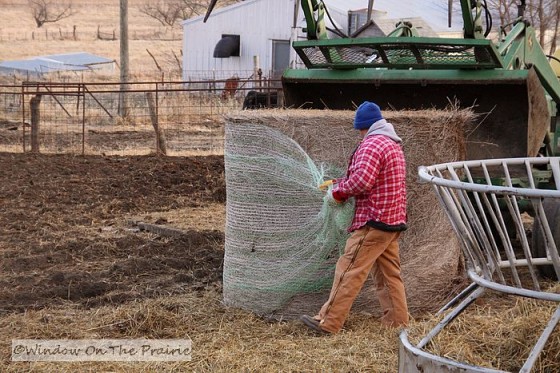 and then hoists each bale into a hay ring. 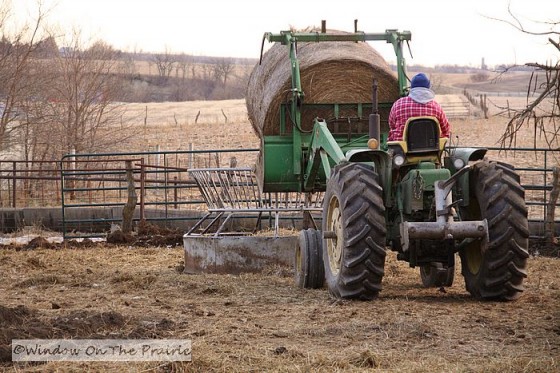 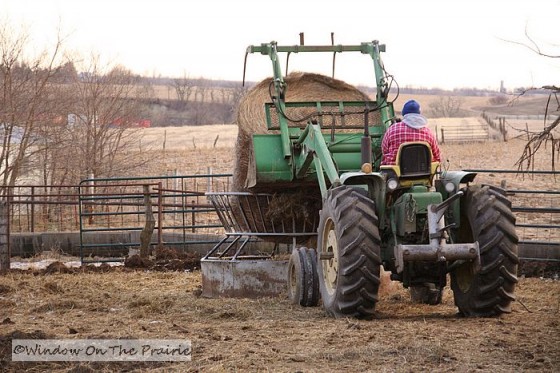 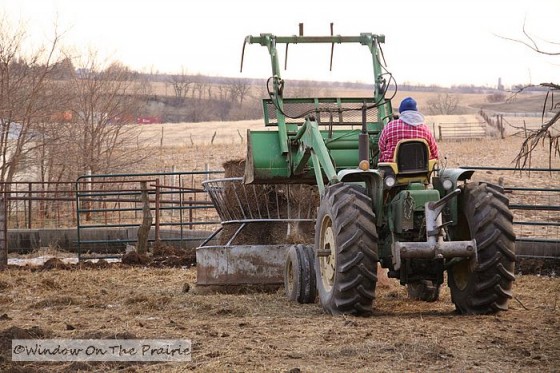 When the calves are done eating grain, they start in on the new bales. 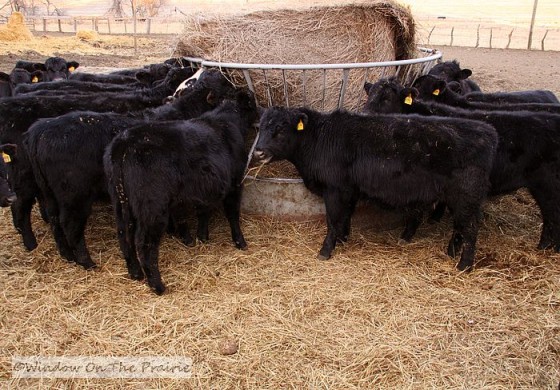 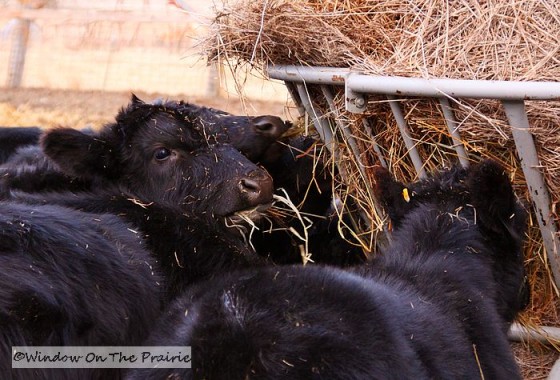 Each calf eats about eight pounds of hay and four pounds of grain each day. In January, we will sell about 40 of the calves at auction. The remaining 10 calves, all of which will be heifers(girls) will stay in the lot for the rest of the winter and into next spring. Early next summer, they will be turned out with the bulls into the pasture and hopefully will be bred.

But right now their only job is to eat, stay healthy, and continue to grow.