Feeding the calves this year is more complicated than in years past. Since the drought this past summer caused our hay crop to be half of normal, we’ve had to make up the difference with our own corn silage and distiller’s grain bought from a feed company. The hay, corn silage, and grain are loaded into a mixer wagon which combines the ingredients together, and then the feed is dropped into the feed bunks next to the waiting calves. First, distiller’s grain is fed into the mixer. 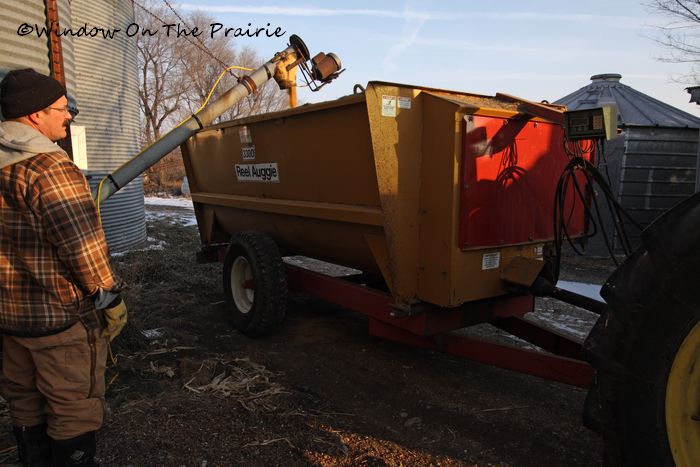 A byproduct of the manufacture of ethanol, distiller’s grain is made from corn which is then dried, supplemented with vitamins and minerals, and used for animal feed. 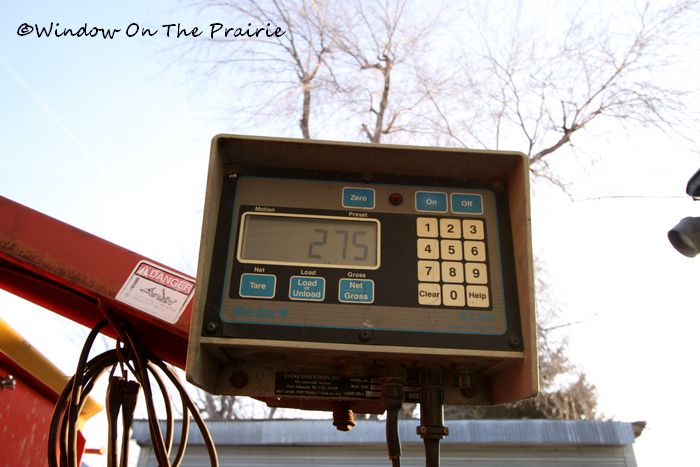 The recipe for our calve’s feed calls for 275 pounds of distiller’s grain.

Next, our own hay is added. 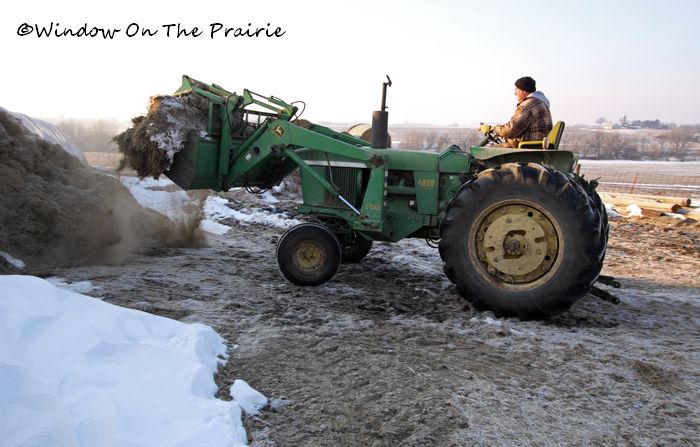 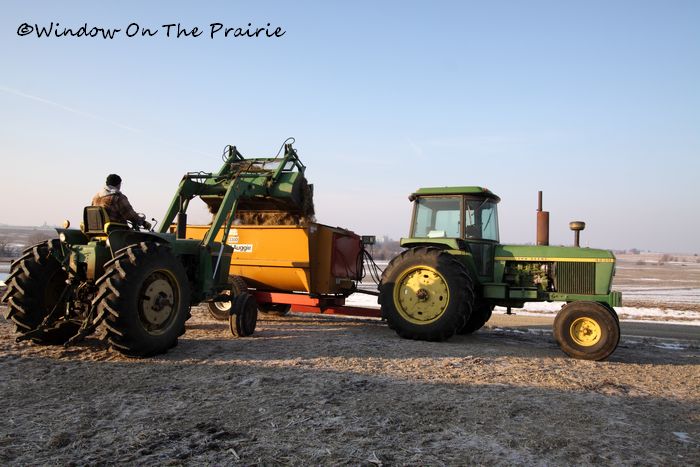 Harland ground the hay earlier in  a large piece of equipment called a tub grinder. He dropped our large round hay bales into the grinder where it was ground to pieces. Harland loads 570 pounds of hay into the mixer, bringing the total weight so far to 845 pounds. 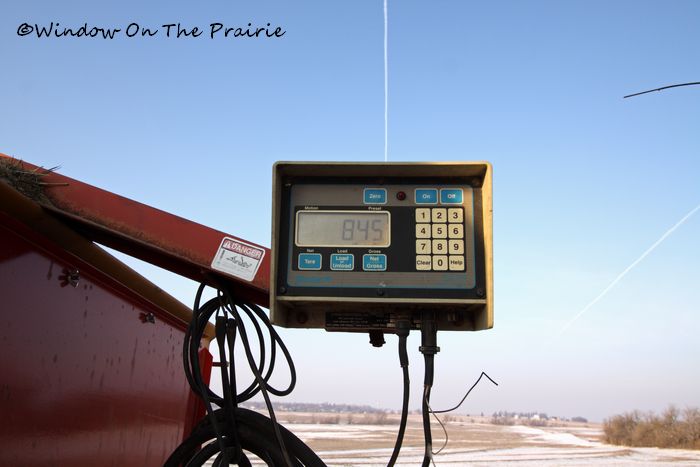 Finally, he adds the corn silage that we made from our own field corn this summer. 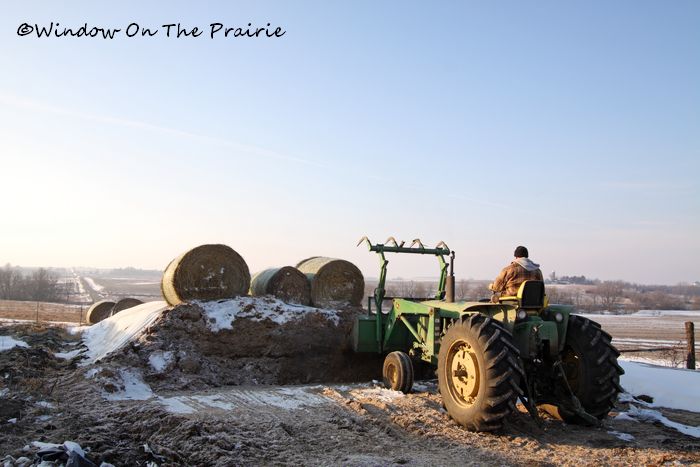 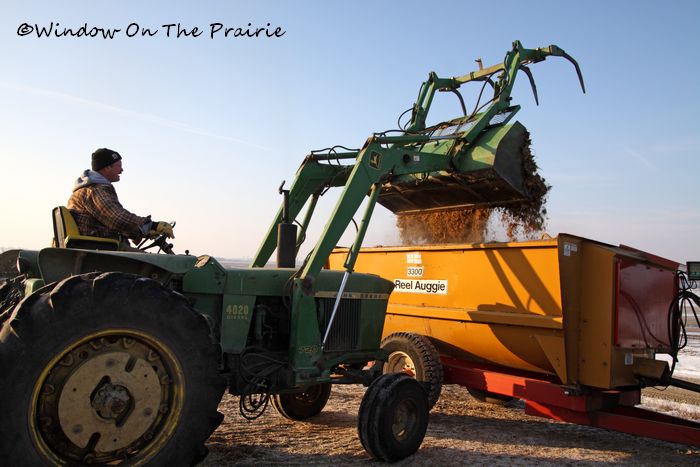 He adds 985 pounds of the silage, bringing the total weight of the feed to 1830 pounds. 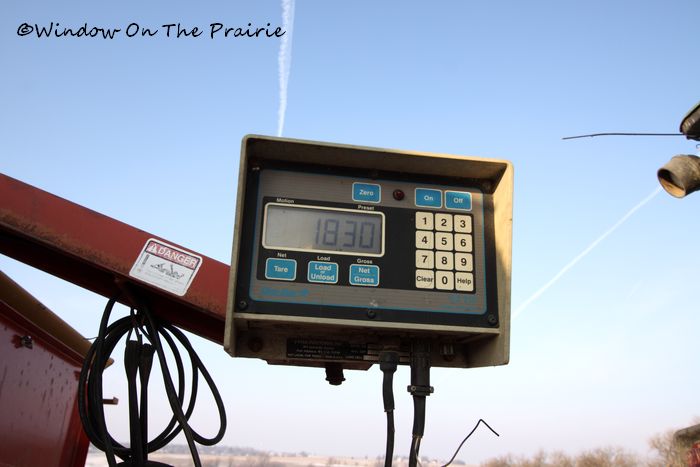 When the feed is thoroughly mixed, he drives alongside the feed bunk, lowers the auger, and unloads the feed to the waiting calves. 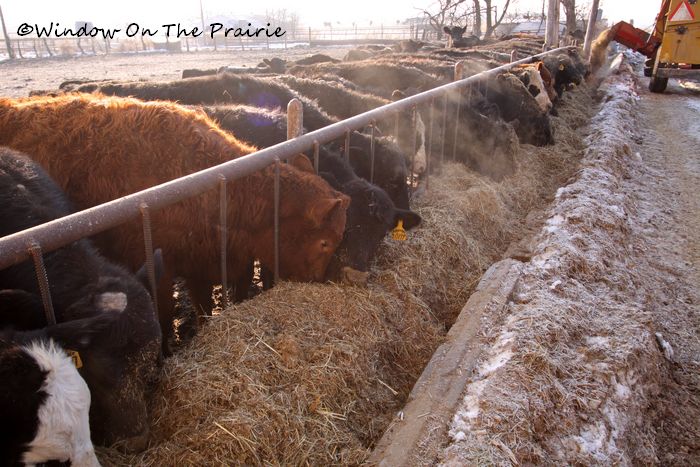 They are gaining weight quickly on this rich feed, and will be sold at auction in February, when they are nearly a year old.

We noticed today that her eyes are finally looking better. What a relief! Thanks for your good wishes everyone!