Cleo Moves To The Summer Pasture

When the cattle herd was moved to the big summer pasture over an hour away, Cleo was left behind at the small pasture near our house. She was in labor the day of the cattle move, and her calf Bambi, was born the next day. They both stayed with us for a couple weeks and finally took their own trip to the summer pasture. First, Harland coaxed them into the barn with grain and then he backed the stock trailer up to the barn door and loaded them into separate pens for the ride to a smaller summer pasture closer to home.

Cleo loaded easily, but Bambi…..well, not so much.

Whew! Bambi panicked and then tried to escape, so Harland had to catch and put her into the trailer.

Cleo might panic during her ride to the pasture and might accidently hurt Bambi, hence the separate pens for the ride. They can still see each other so that helps. 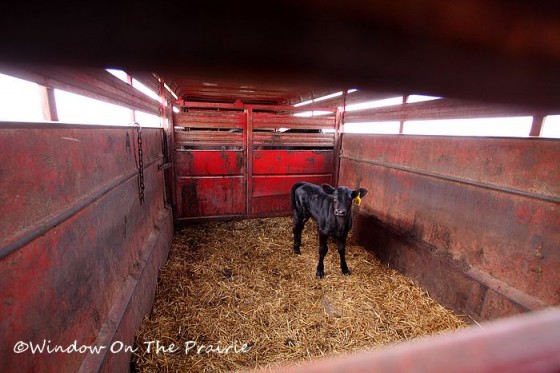 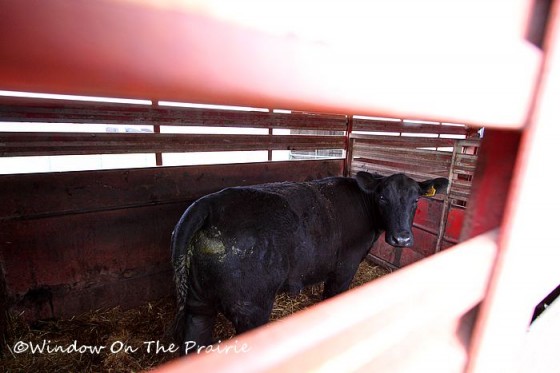 After they were loaded, it was time for their vaccinations. Harland went into the pen with Bambi and gave her the shots which went smoothly.  But since Cleo has the capability of kicking Harland’s head off, he gave her her shots from the outside of the stock trailer by attaching the syringe to the end of a long pole. 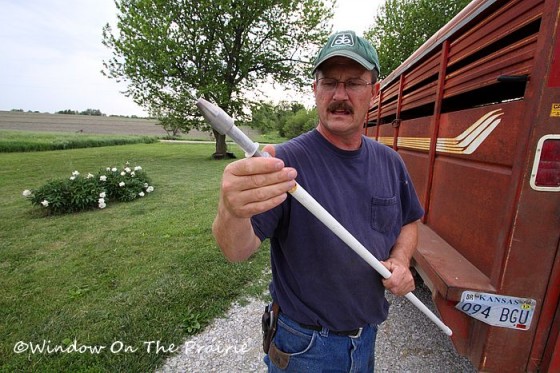 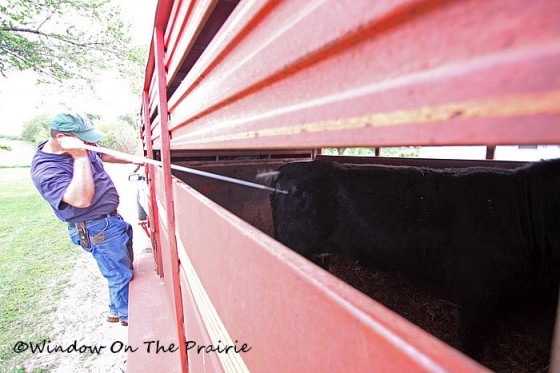 As the needle made its mark, Cleo’s rear end came up and she lashed out with her back hoof landing an enormous kick on the inside of the trailer. 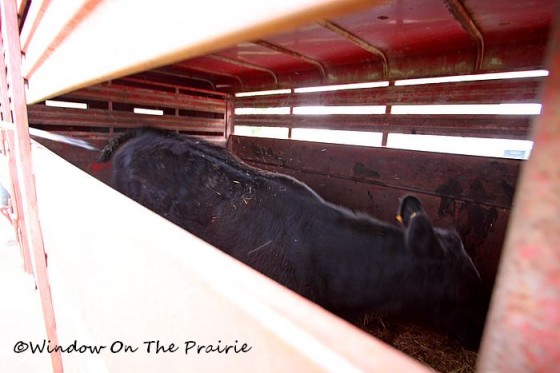 Kick all you want honey, we’re out here where it’s safe and you’re in there.

With the shots done, we tootled off down the road to the pasture, just a few miles away. 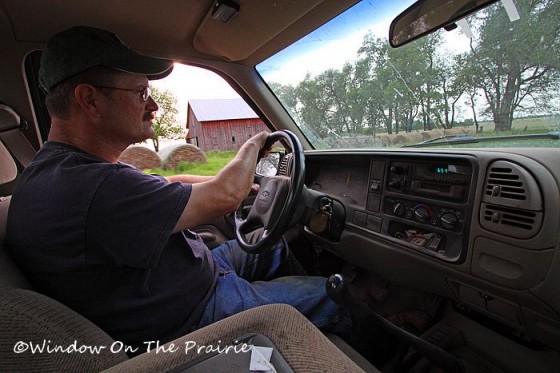 Once there, Harland backed up to the gate and opened the door. Cleo and Bambi exited together, but then went in separate directions. Harland, fearing Cleo would leave her calf behind, made calf bawling sounds to get Cleo’s attention.

Cleo stopped in her tracks and listened. “Oh yeah, my baby….where is she anyway?”

Once they were reunited, we could leave and so Harland fastened the gate closed. 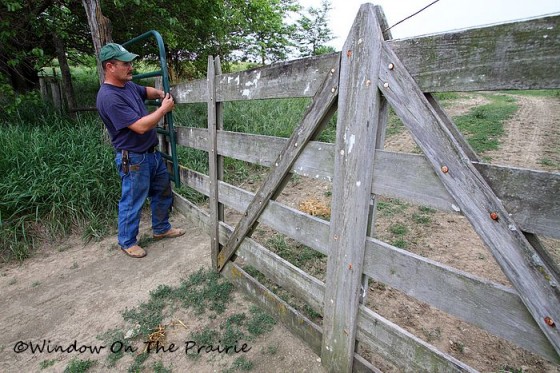 Cleo and Bambi will enjoy their summer vacation…away from us, which is just the way they like it.

Tags: cleo and calfCleo Moves To The Summer Pasturecow and calf loaded onto a stock trailer