After the herd was brought in, then the hard work began. The goal of the day was to give everyone their spring shots to prevent illness, load them all onto trucks, then haul them to the summer pasture, and finally release them off the trucks and into the pasture. It’s much too large a job for just Harland and me, so we had Harland’s brother, Gerald and his wife, Ramona, and Harland’s nephew, Andrew along to join in the fun.

The first thing that we did was to separate the cows from the calves and put them in separate pens. 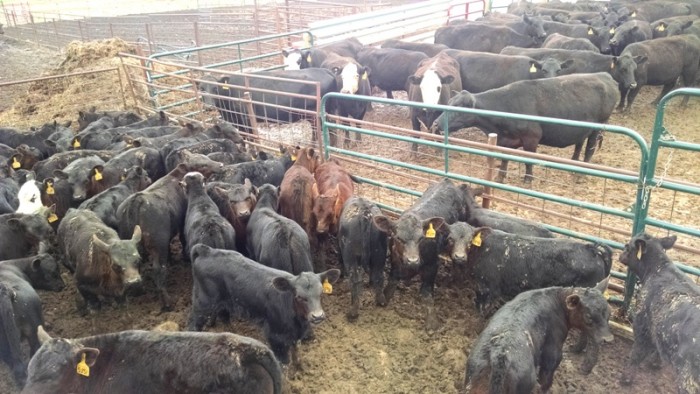 This is done to prevent injury to the calves during all the hustle and bustle that followed. Next, small groups of cows were separated off and run through the chute to receive their shots and pour on. Harland took care of the shots, I did the pour-on. The shots are for illnesses that would prevent the cows from getting or staying pregnant. (Harland is releasing the bulls into the pasture today as I type this – Let the breeding begin!) The pour on is for worms and to keep the flies at bay.

Not surprisingly, cows don’t like to be separated from their calves, or from the herd, don’t like being driven into or confined in a chute, and don’t like getting shots. So it’s not unusual for some of them to try and climb over the walls trying to escape.

Early on, during an escape attempt, one of the cows damaged a steel gate in the chute – yeah – she ripped it off the hinges. 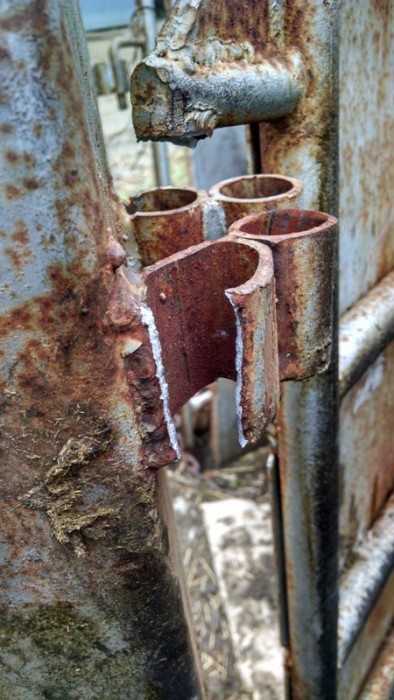 So we left the cows alone for a bit and gathered round for a “How do we fix that mess?” meeting. It was determined that the gate would need to be lifted up and held in place while the hinge was welded back together. So Harland brought over the skid steer loader to hold up the gate and then he brought over the bucket truck with the welding unit. 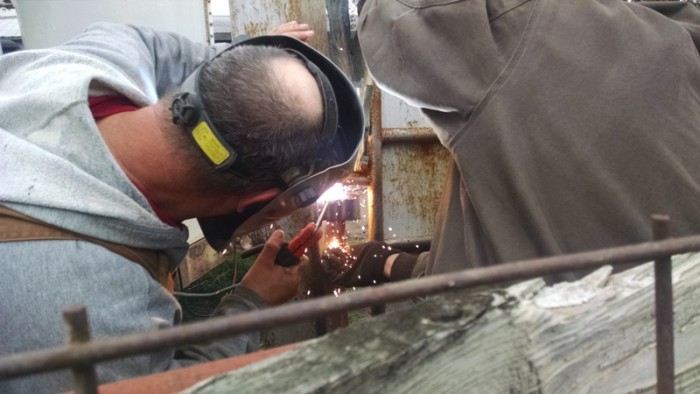 Yes, Harland does have all the toys.The gate was welded back together in about 10 minutes and we were back in business.  The girls will just have to try harder next time to sabotage our plans for them.

We got back to work. At one point one of the cows broke out of the chute and escaped into the driveway. We dropped everything and ran after her. The worst thing that can happen with an escaped cow is her running off into the road and over the hills and out of sight, or running into the road and getting hit. Thankfully she didn’t get very far before we got her confined again and back with the rest of the herd.

Soon, all the cows had been run through the chute and given their shots and pour-on. The complaints were many:

“I wonder if I can jump over the gate?”

“I wonder if I can run over that human and get away with it?”

“I’ll just stand here with my back to the humans and pretend I can’t hear them.”

Next, it was the calves’ turn to get their shots for blackleg and pinkeye. The complaints were many:

“I’m gonna kick the next human that gets close to me.”

After the calves had their shots, we had nothing to do but wait for the hired truck to arrive.

The cattle expressed their displeasure, as they had been doing all day…pretty much their comment on the whole proceeding.

While we were waiting for the truck to arrive, Ramona made a run to town to get sandwiches for everyone.

The truck showed up and backed up to the chute. 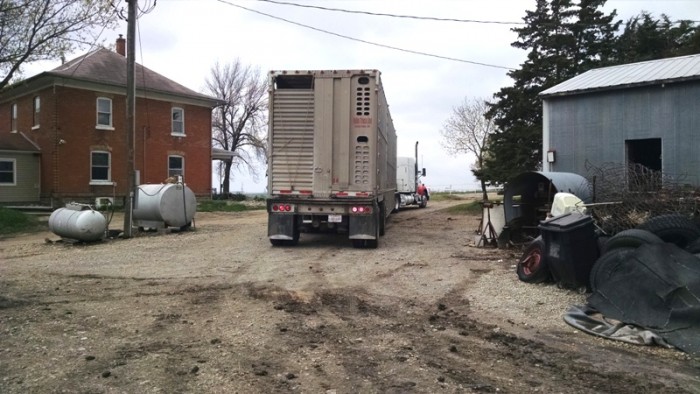 Warren, the truck driver, has hauled our cattle back and forth for over 40 years now. That’s him in the brown coveralls. 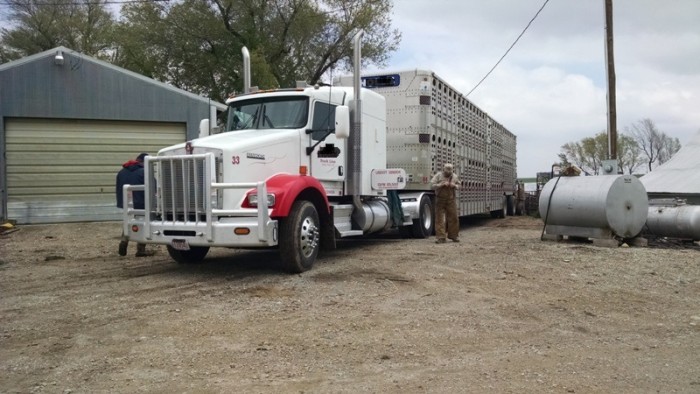 This year he was pleased to see that Harland had cut down a tree near the driveway that he had been complaining about being in the way of his truck for years.

He got into his trailer and closed and opened some compartment doors within the trailer. Then he came back out and announced he was ready for 9 cows. Gerald and Andrew turned toward the cows, and Gerald announced to the group of suspicious cows, “Count off girls, we need 9.”  The girls didn’t go for it, so they had to sort out 9 of them and drive them up into the chute. 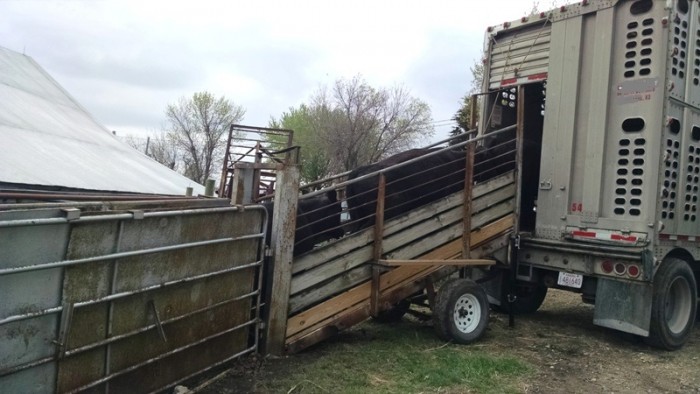 Warren disappeared after them into the trailer again and closed and opened some compartment doors, then came back out, announcing he was ready for 6.  Gerald and Andrew sorted off 6 and drove them up into the chute. And so it went, with the cows being driven up into the truck and put into different compartments until the herd was completely loaded and evenly spaced throughout the trailer to maintain balance while on the road. Did you know that there are 2 levels on semi-trailers? So some of the girls were put in the penthouse apartments, and some in the basement.

As the truck rolled out of the drive and onto the road to the pasture, we turned our attention to the calves. They travel separately from the cows in our stock trailer. Getting them loaded is always a struggle, but we finally got all of them loaded..or almost all of them.

We got down to just 4 calves, and ran out of room. No matter how long we stared into the trailer and back at the 4 of them, there was still no way they were going to fit in there. This was a real bummer. It’s an hour drive to the pasture. So Harland and I hopped into our pickup and drove off with almost all our calves, headed to the pasture. 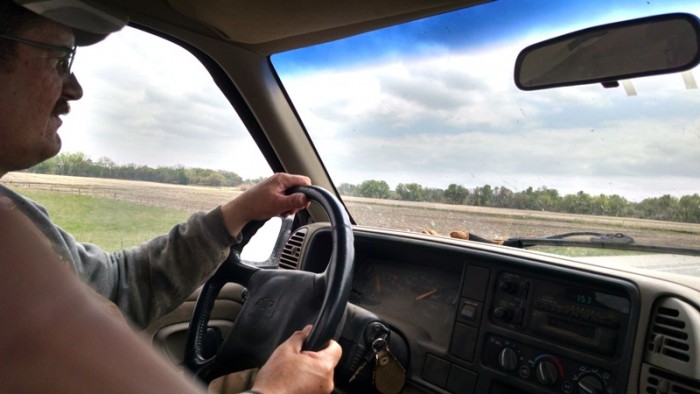 An hour later we arrived. Warren was ahead of us and he backed up to the unloading chute and then opened the gate. This is always the easiest part of the day, the unloading, because we don’t have to do anything to get the cows off the truck but open the gate. They can’t wait to get off the truck. 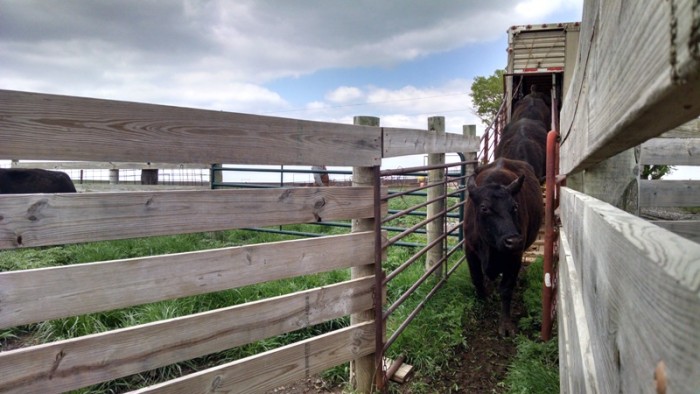 After all the girls were unloaded into the corral, Harland backed our stock trailer up to the gate and unloaded the calves.

Some of the calves were a little confused about which direction they were supposed to be going. 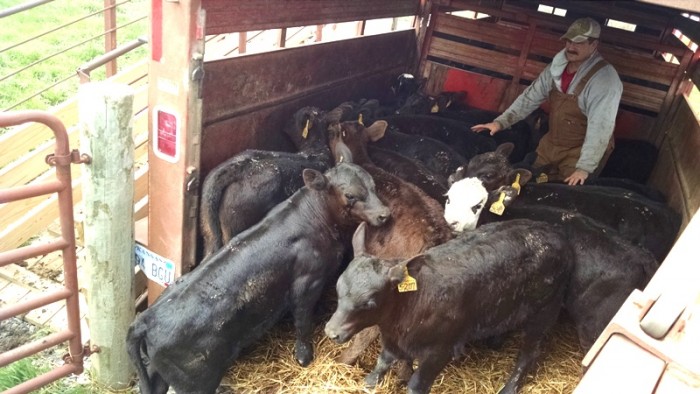 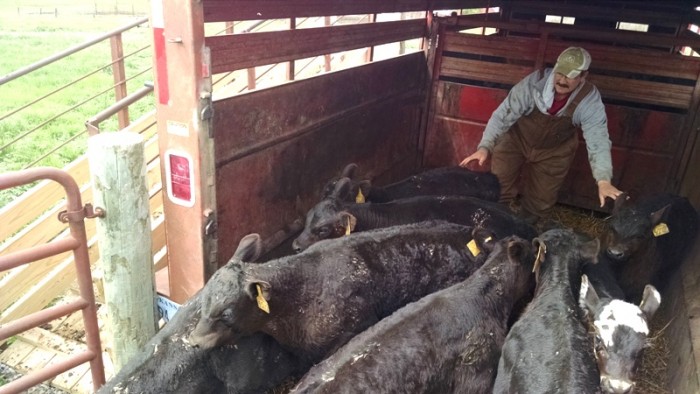 But finally everyone got going in the right direction and hopped off the trailer. 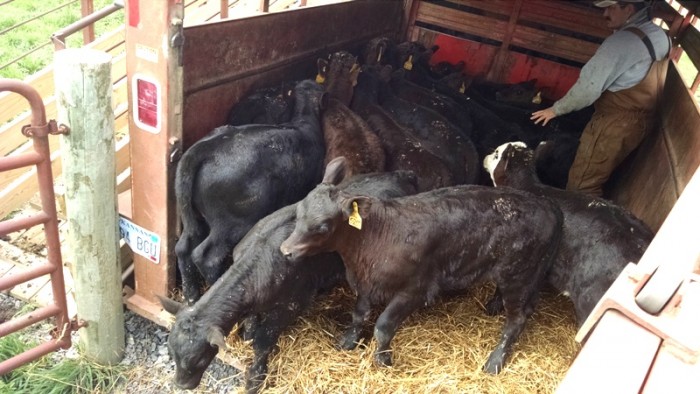 Here’s a video showing the cows and calves being unloaded from the trailers:

We closed the gate and headed back home to pick up the 4 calves. On the way we stopped for an ice cream cone. 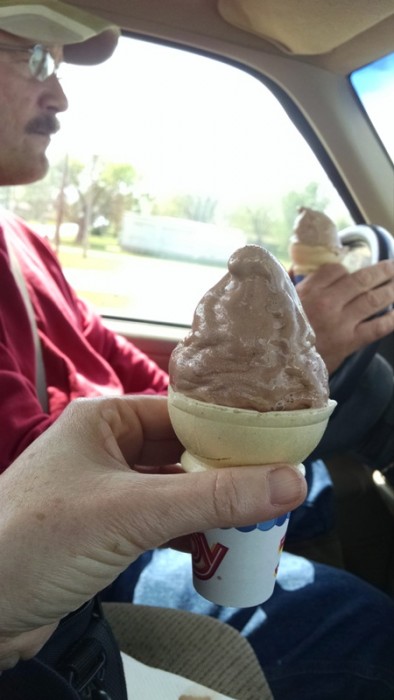 We thought we deserved it.

An hour later, we arrived home, loaded up the 4 calves, 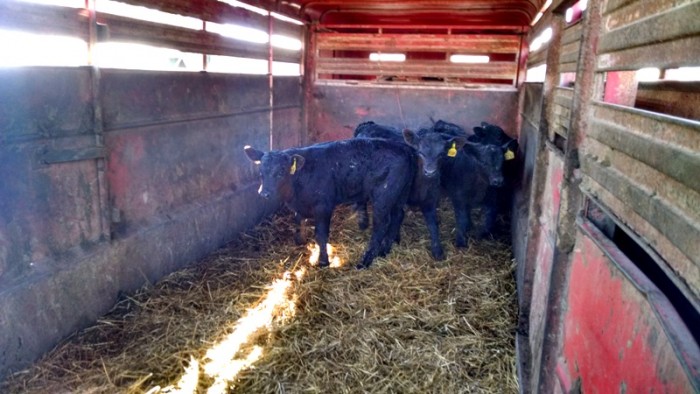 and headed back to the pasture. Another hour later, we were back at the pasture unloading the 4 calves. 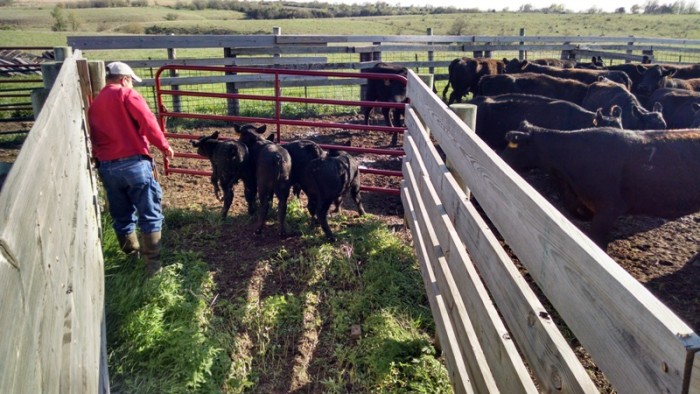 We waited for a bit for everyone to settle down and the cows to pair back up with their calves. 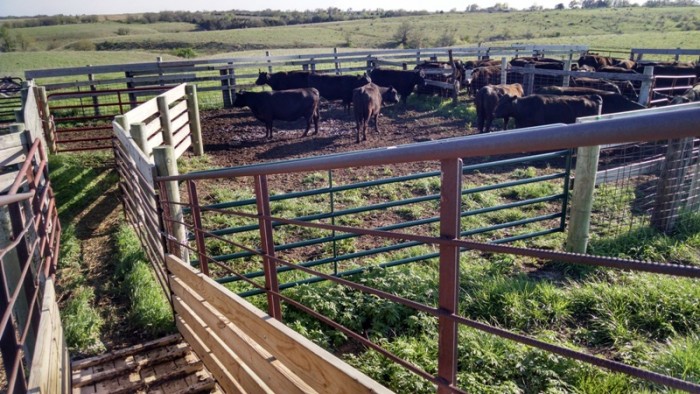 It was about 6pm now. It had taken us almost 12 hours to get to this point.

Finally, we were ready for the best part of the day: the release of the herd out into their big beautiful knee-deep-in-lush-green-grass-summer-vacation pasture.