I ran across this recipe on the internet yesterday and thought it sounded yummy and quicker than muffins. All that careful spooning of difficult batter into little holes – messy. Why have I never seen a recipe for blueberry bread before? This is so much easier!

It’s also healthier as it has whole wheat flour and oats too.

But most importantly, Harland loves blueberries so I decided to make it for him. 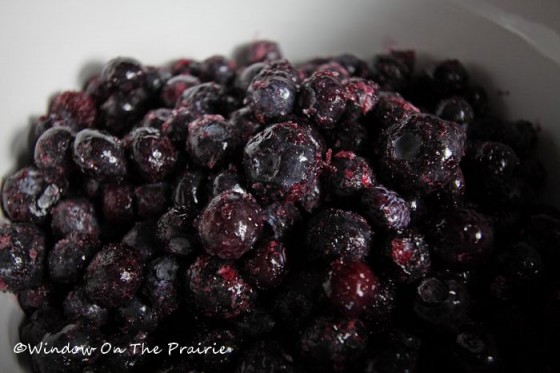 (The recipe that follows yields one loaf, but I doubled it to give a loaf to a friend.)

Yield: 1 loaf
Grease a 9 X 5 inch loaf pan and set aside.  Preheat oven to 350 degrees.
In a large mixing bowl, stir together the oats, brown sugar, and sugar. 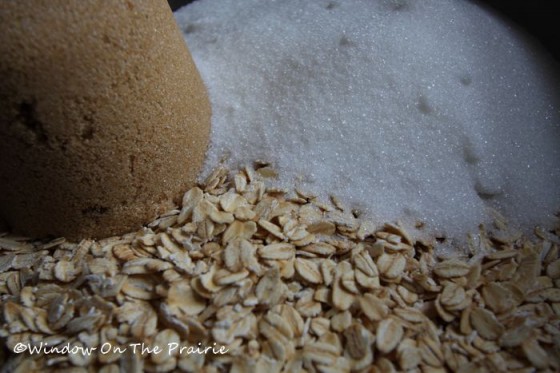 Stir in the buttermilk, egg, and oil. 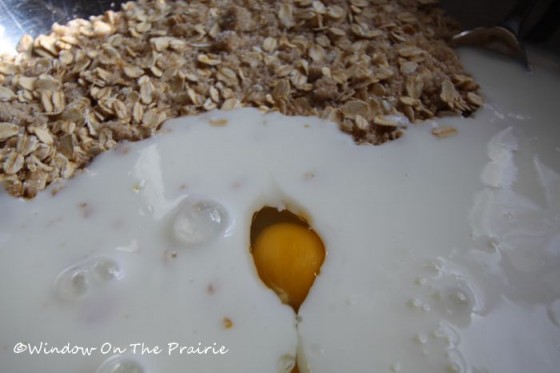 Then add the flours, baking powder, baking soda, and cinnamon, 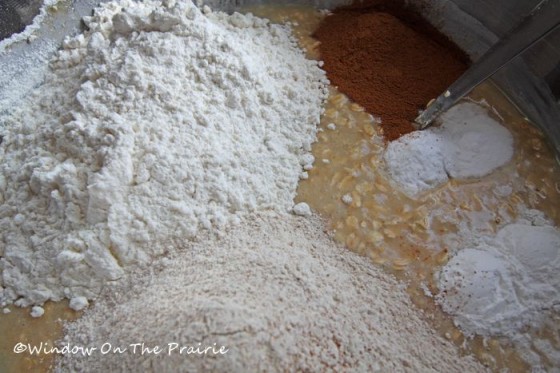 and stir until just moistened.  Then fold in the blueberries. 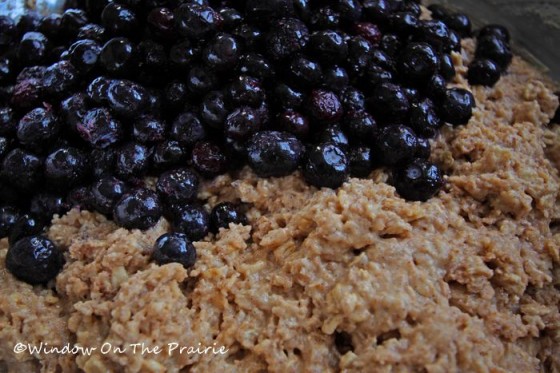 Spread evenly into the loaf pan 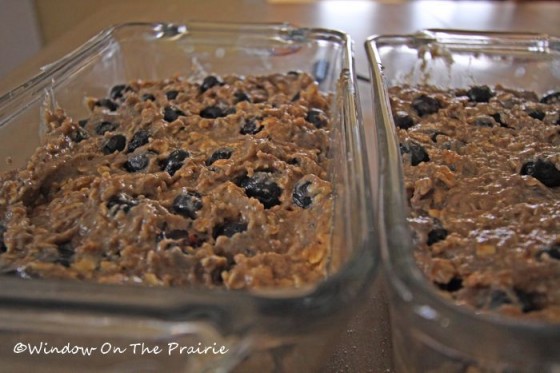 and bake 50-60 minutes or until a toothpick inserted into the center comes out clean. 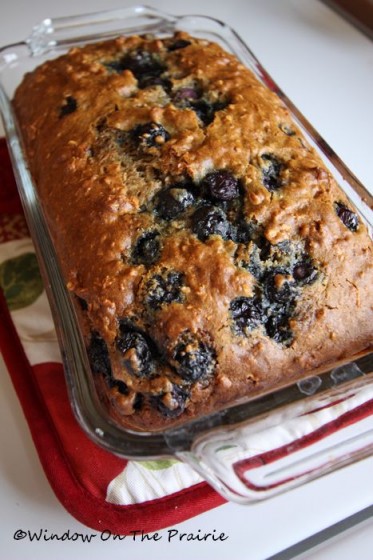 When it came out of the oven, Harland said, “It looks like a giant blueberry muffin.”  and grabbed a knife. He cut a one inch slab and covered it in whipped cream. It was pronounced to be “Good!”.
And then he added, “Of course it’s good, it has blueberries in it.”
~Adapted from a recipe on Judy’s Kitchen.
oxoxoxoxoxoxoxoxoxoxoxoxoxox