This is Dolly The Wonder Cow. 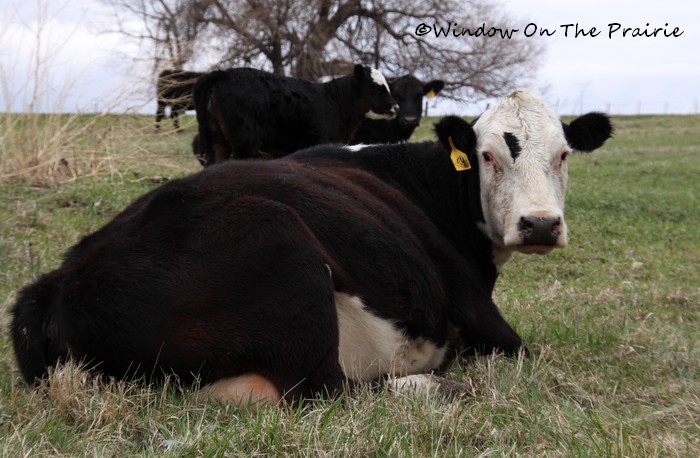 Or Dolly for short. 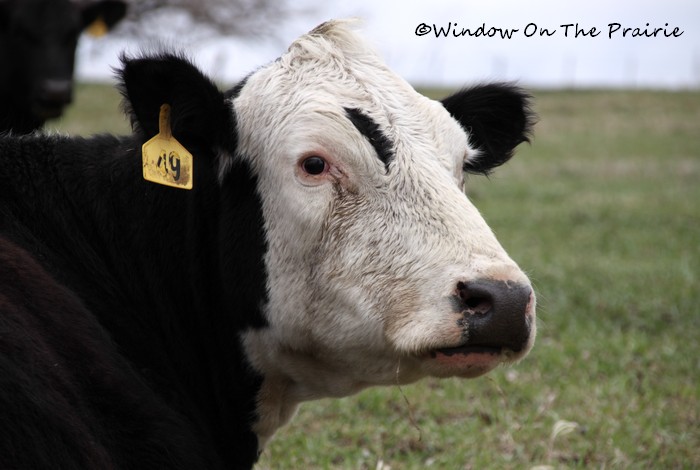 We love Dolly and here’s why:

The other cows pick on her. They push her away from the feed bunk.  They domineer over her like a bunch of bullies. But Dolly is too easy-going and too much of a lady to fight back. 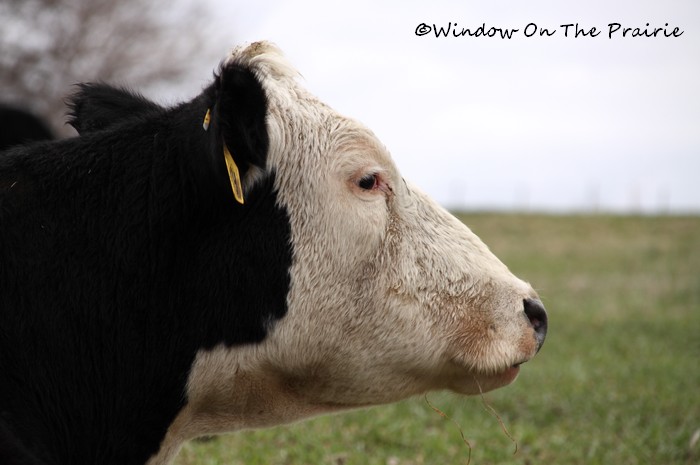 Unlike all the rest of our cows, Dolly is not 100% Black Angus, a breed known for aggressiveness and hostility.  She’s part Black Angus and part Holstein, a milk cow breed. 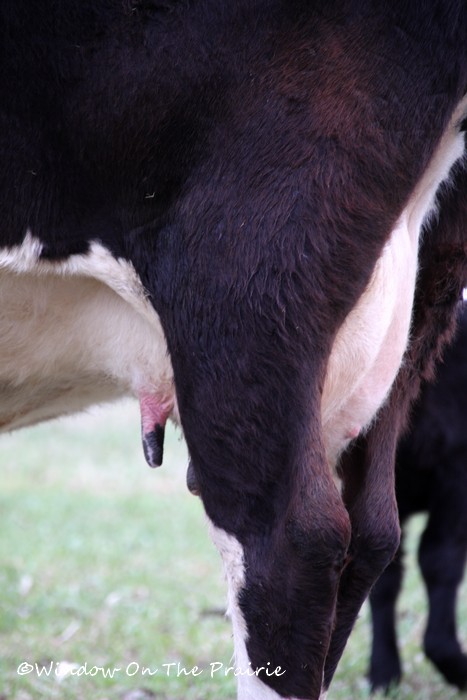 She was also a bottle calf, so she was raised by humans. As a result, she’s not paranoid about or hostile towards humans. She likes us.

While the rest of the cows start sharpening their knives when they see us approach, Dolly thinks to herself, “I wonder what those nice humans are doing?”

When we are working cattle and the rest of the cows are literally climbing the walls to get away from us, Dolly is out front of the pack: “Oh, you want me to go into the chute and up the ramp into the truck? Ok, I can do that.” 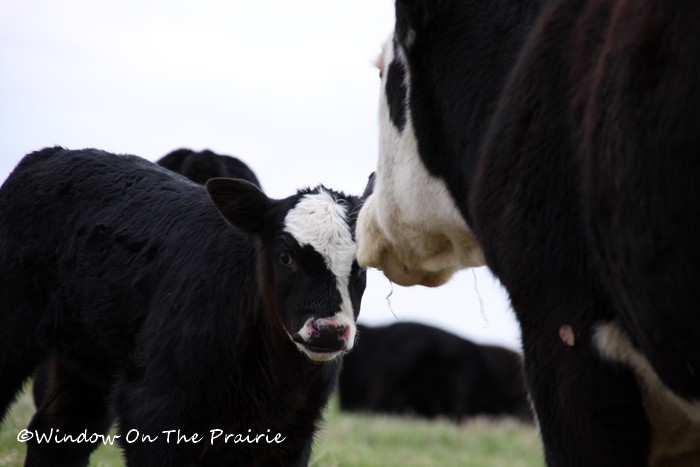 Dolly loves Blaze and is a very good mother, always keeping an eye on her. 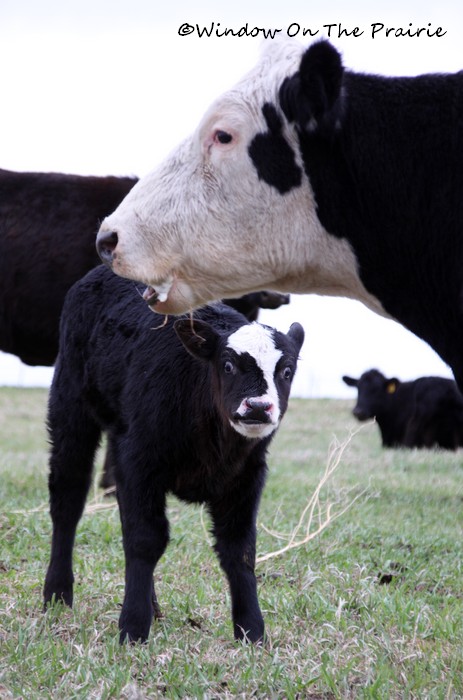 We’re hoping to keep Blaze back as a heifer next year. 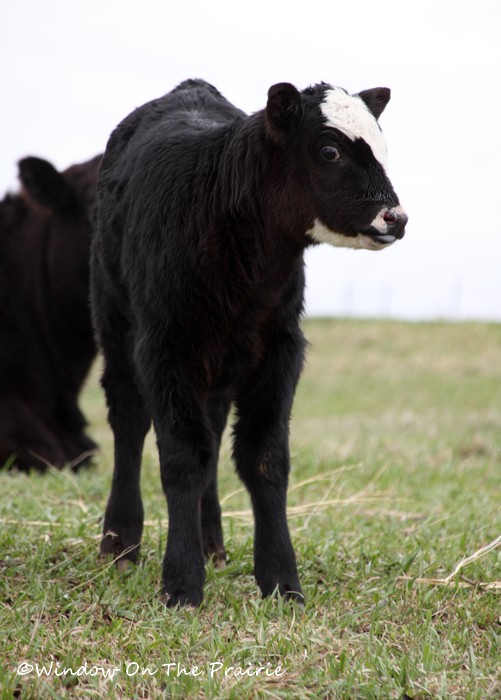 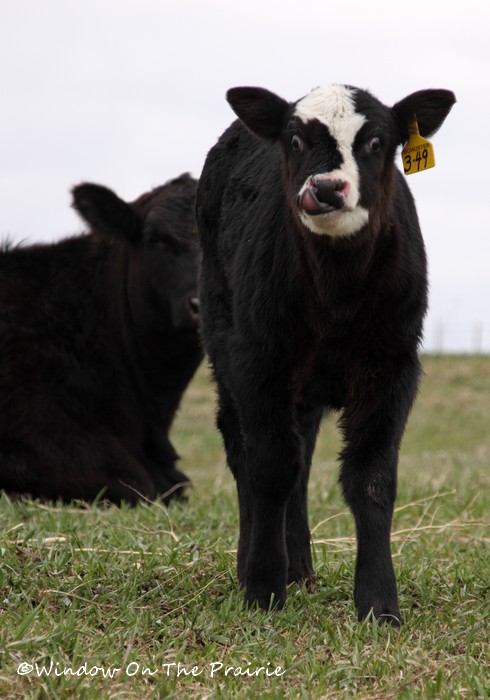 Her eyes look like they’re trying to get out of her head. 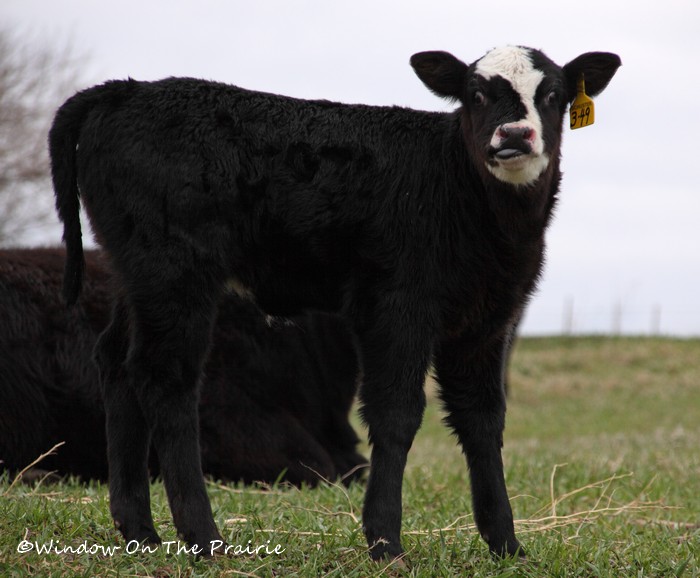 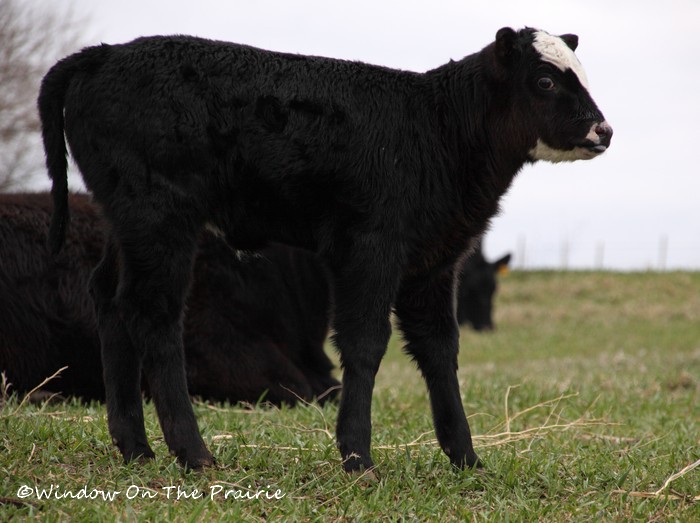 And so does her tongue. 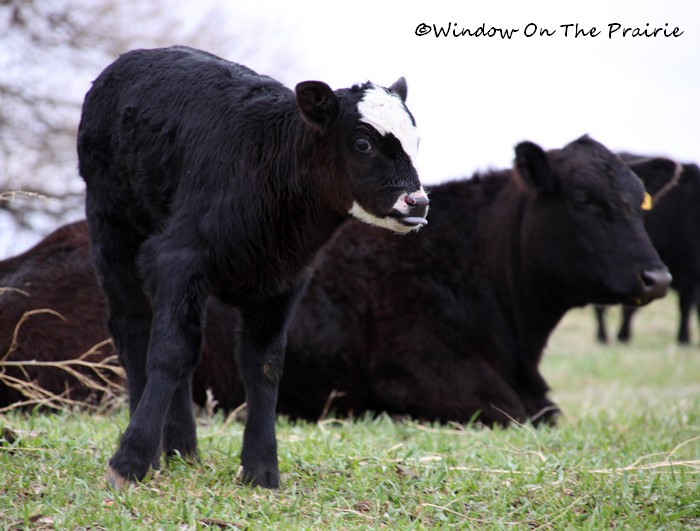 Hope she grows out of this and becomes more like her mother. Dolly never makes strange expressions. 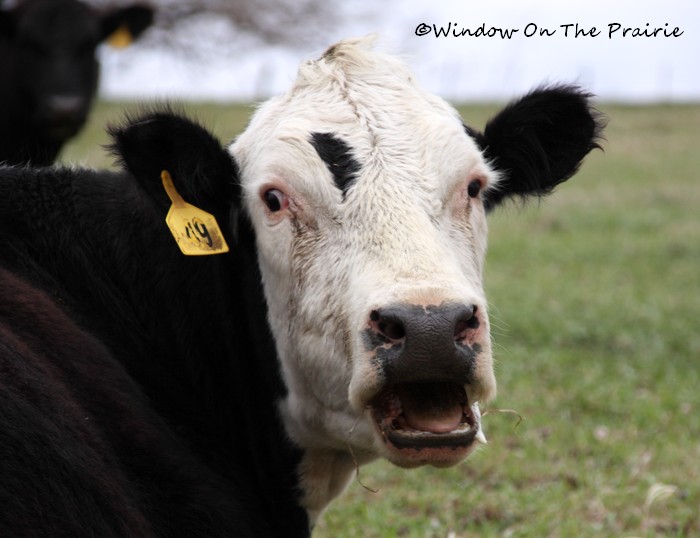 We still love Dolly. She’s our favorite no matter what her expression. 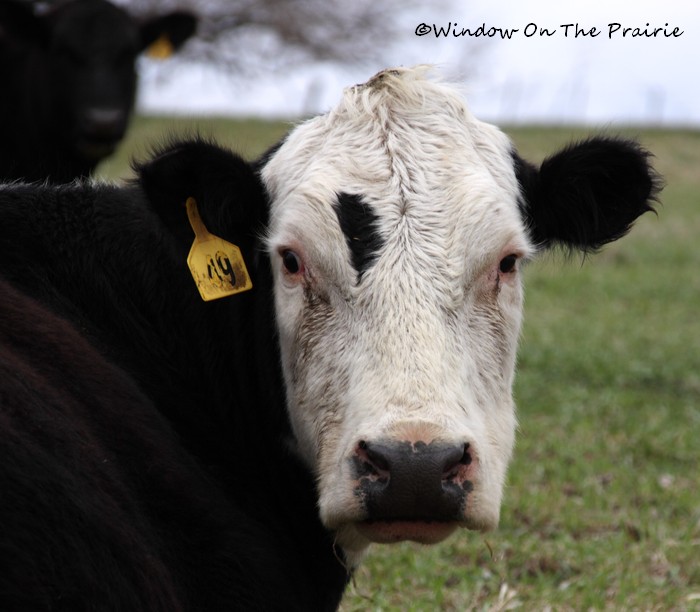