Monday UPDATE: I wrote this post on Saturday and since then, Panda’s mom has gotten a lot better, so much so that she’s been trying to escape out of her pen to get back to the herd. Harland cut her and Panda loose this morning back into the pasture. Thanks for all your good wishes on this one!  Love happy endings!

I love white-faced calves. They’re so cute, and this one looks like a little panda. 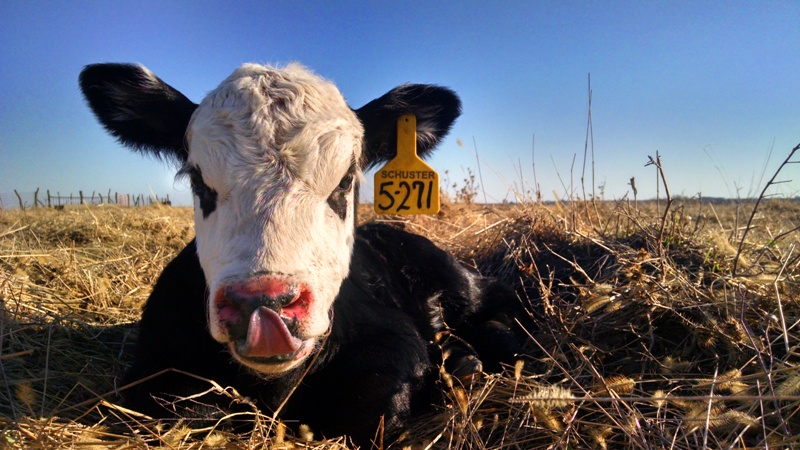 Me:  “Put your tongue back in your mouth, dear.” 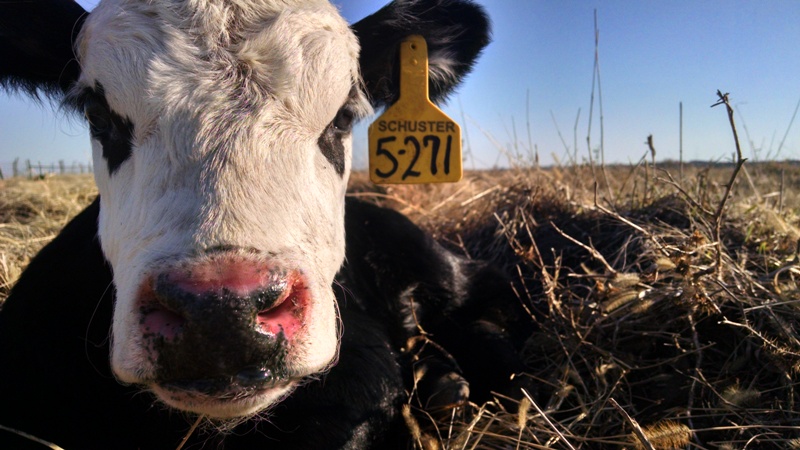 Ordinarily, I would never be able to get this close to a calf out in the pasture. Cows are very protective of newborns like this little guy. A normal healthy cow would have run me over and squashed me like a grape by now.

See that dot on the horizon? 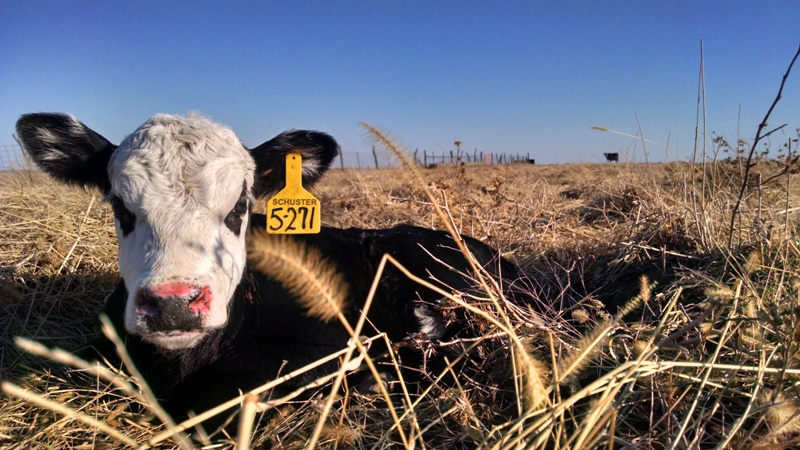 What the heck is she doing waaaayyyyy over there?

Well, Panda’s mom has a problem and isn’t feeling well. A couple days ago, Harland found her laying down in the pasture, away from the herd, foaming at the mouth and grinding her teeth. She wasn’t dead yet, but was headed that direction.  Harland recognized the symptoms of Grass Tetany right away and called the vet.

According to the Merck Veterinary Manual,

“Hypomagnesemic tetany is a complex metabolic disturbance characterized by hypomagnesemia (plasma tMg <1.5 mg/dL [<0.65 mmol/L]) and a reduced concentration of tMg in the CSF (<1.0 mg/dL [0.4 mmol/L]), which lead to hyperexcitability, muscular spasms, convulsions, respiratory distress, collapse, and death. Adult lactating animals are most susceptible because of the loss of Mg in milk. Hypomagnesemic tetany occurs mainly when animals are grazed on lush grass pastures or green cereal crops but can occur in lactating beef cows fed silage indoors. It is rare in nonlactating cattle but has occurred when undernourished cattle were introduced to green cereal crops.”

As you can see from the pics, we don’t have any “lush green pastures” yet, nor has the cow been fed “silage indoors”. But having a newborn calf, she is definitely a “lactating beef cow”.

So the vet came out and gave the cow calcium and magnesium, and then he left. Four hours later, she finally got to her feet and walked away. Harland has kept an eye on her since then for any recurrence of symptoms. Late yesterday afternoon, she was again lying down off by herself away from the herd. I walked up to her, and she reluctantly got to her feet and walked very slowly away, leaving her calf behind – not normal behavior for a cow with a young calf. So Harland called the vet again this morning. He said he doesn’t think she has the grass tetany anymore, but she might have an underlying illness of some kind. Cancer, heart disease, kidney failure? A diagnoses would be expensive, and treatment even more so…   The harsh reality is that a working farm is a business, and we can’t spend more on her than she’s worth.

What to do next?  We’re not sure yet.

For right now, we have her in a pen with her calf where we can keep an eye on her. Harland’s giving her a daily ration of grain with minerals, and she’s getting hay and water too. 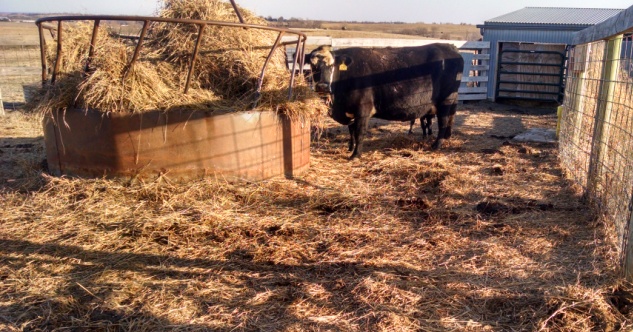 She’s eating ok, and nursing her calf, but something is just off with her. She’s an older cow, and this may be the end of the road for her. We hope not. 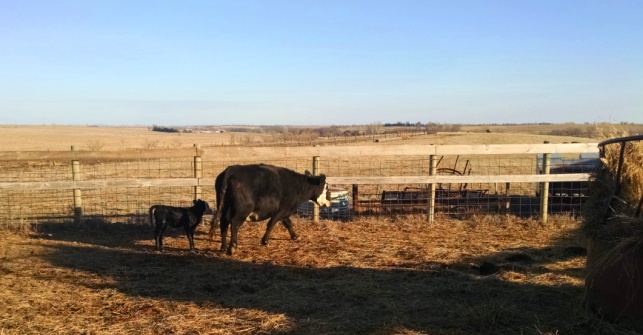