When I was a kid, I saw a picture of a prairie chicken in a magazine, and I was enthralled. It looked otherworldly with it’s bright orange sacs. 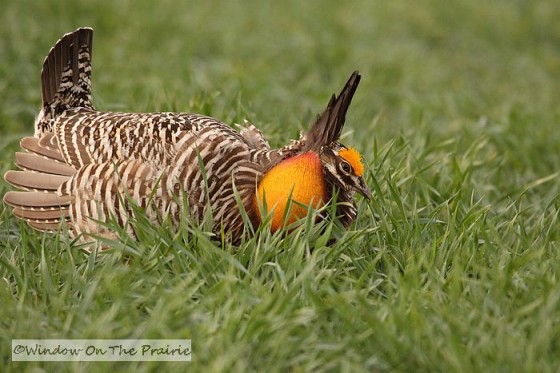 I didn’t know anything about the prairie chickens then, and never dreamed I would someday witness them in person. 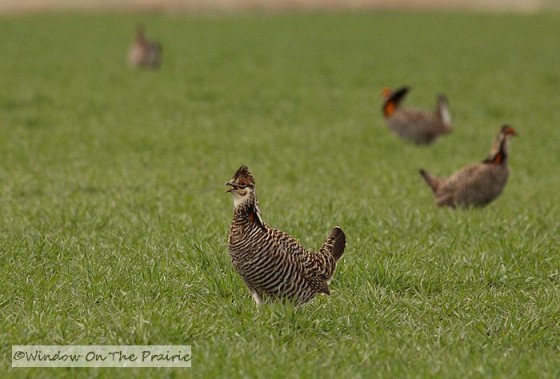 The Greater Prairie Chicken is not a chicken at all. They are a member of the grouse family. A few quick facts:

While all the behavior of the chickens on the lek is fun to watch, the most fascinating is the fighting between the males for dominance. Most of the time these fights are just staring matches, sizing each other up and facing each other down until one backs off and walks away. 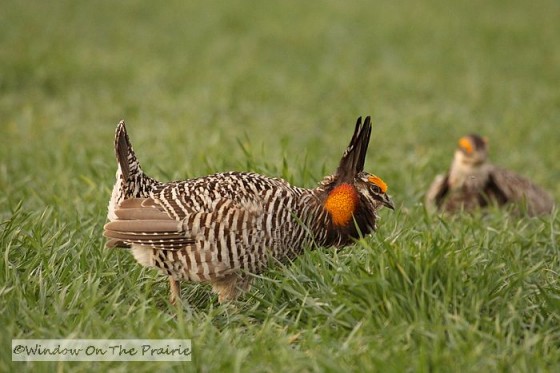 But occasionally these staring matches escalate into real fights where they fly up a few feet off the ground striking at each other with their sharp claws and pulling each other’s feathers out with their beaks. 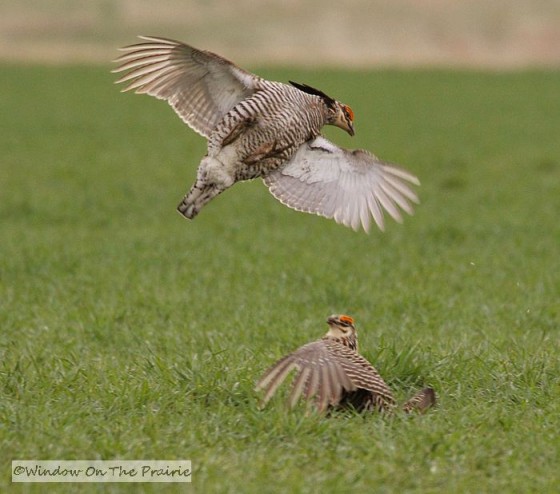 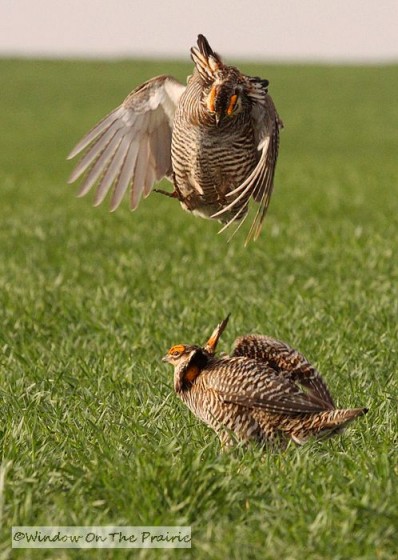 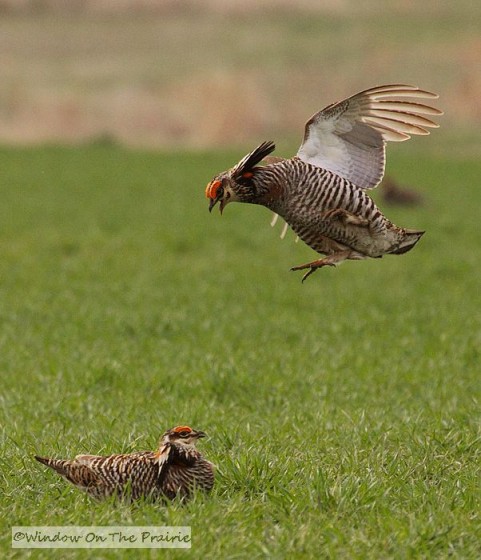 Last year, we watched one of these fights go on for about 15 minutes until both were exhausted and panting.

To the victor go the spoils, in this case, the females. 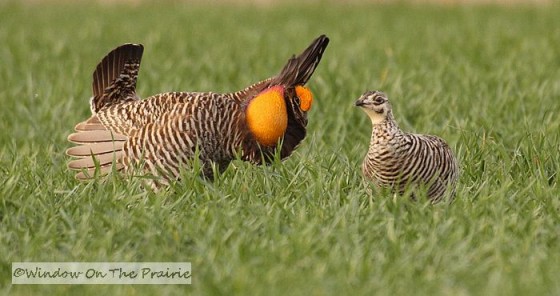 Isn’t she just the cutest thing? And look at him. He’s pulling out all the stops. “Hey baby, how about me? We could make some beautiful music together.”

By the way, what appear to be horns on the males heads are just long feather groups. They raise them when displaying, and the rest of the time they lie flat against their necks. 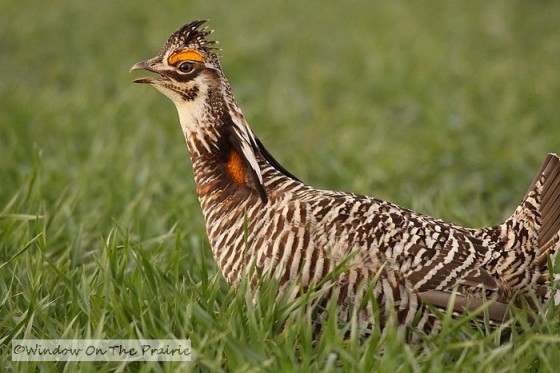 Here’s a video I put together showing the birds on the lek. All the sounds you hear are the chickens themselves. They have quite a variety of calls.

I hope the Prairie Chicken can hold it’s own so that future generations can witness this spectacle. The prairie would be a much quieter place without them.