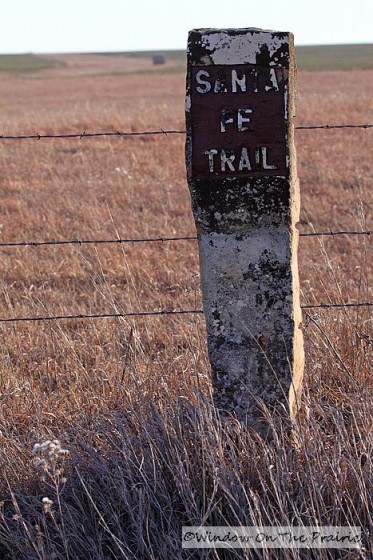 In the early 1820s, an economic depression began in Missouri. Desparate to sell and make a profit from their goods, traders began to travel from Franklin Missouri overland to Santa Fe, New Mexico and trade with the newly independant Mexico. There they would sell their goods, usually cloth and housewares, and even sell their wagons and oxen. Then they would return to Missouri with silver or gold coin. This trade with Mexico enabled Missouri to thrive economically for years while the rest of the country endured the depression.

The trail was 900 miles long, and it took 4 months roundtrip. It was a more difficult journey that that of the Oregon trail further north as the Santa Fe trail was a drier route and crossed the lands of the Commanche and Apache who didn’t take kindly to the tresspassers. But traders continued to travel the trail, and at its height, thousands of wagons set out each year carrying millions of dollars in goods. But in the late 1860s the building of railroad lines that parralelled the trail meant the end of the trail itself.

Today, you can still see portions of the trail in many places including just west of Durham, KS. While grass has grown over the old trail, you can still make out the depressions left in the ground where thousands of wagons eroded the soil away. 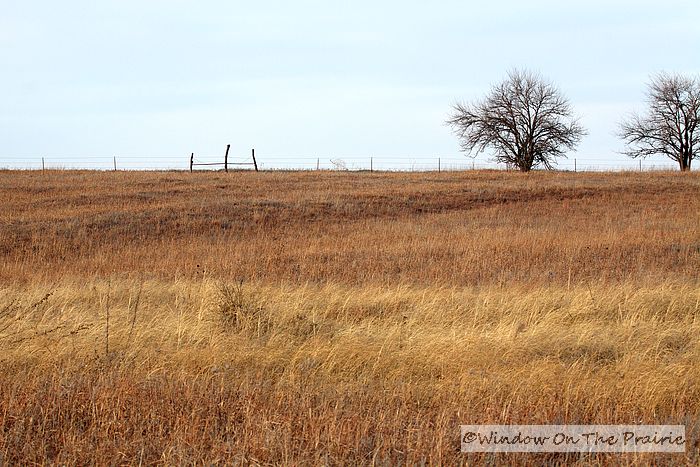 Harland and I spent a couple hours last weekend tracing the trail route and we found these trail swales while traveling a gravel road just west of Durham, Kansas. It’s quiet today with only the sound of the wind in the dried grasses, but it’s not hard to imagine the sight of wagons pulled by mules or oxen, the sound of the plodding feet and creaking wagons, and breathing in the dust of the trail.

If you’re having trouble making out the trail ruts, I’ve drawn lines along the swales below. 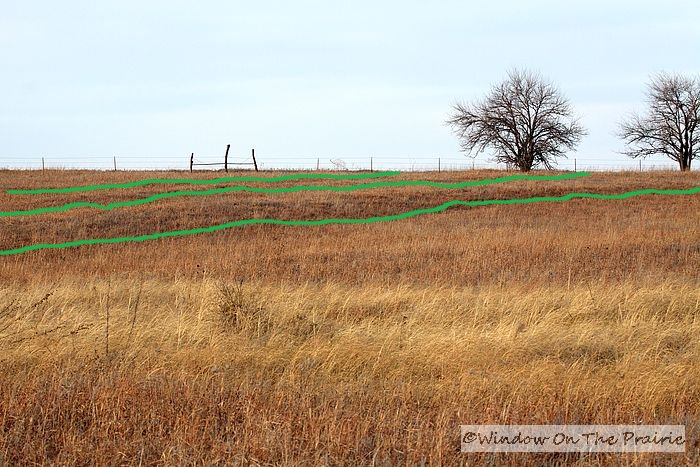 I was able to make out 3 trails at this location. Often, portions of a trail would become impassable due to mud, erosion or other obsticles, and so the travelers would simply move over a few yards and blaze a new trail.

For more information about the trail, or to find portions of the remaining trail in your area, you can visit the Official Santa Fe Trail website HERE.