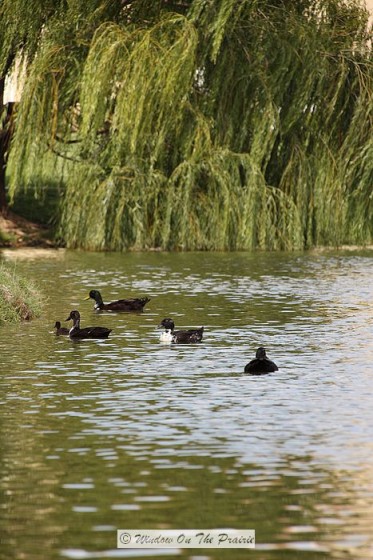 Over the weekend, we participated in an art fair located at the Bradley Fair shopping mall in Wichita. Tomorrow I’ll have a large post about the fair, including pics of the vendor’s wares including woodworking, hand blown glass, jewelry, clothing, paintings, and much more. But today, I wanted to show you the duck pond near Bradley Fair. It’s a very large pond with a resident population of adorable ducks. Since we were there all day Friday, Saturday, and Sunday, I had a lot of spare time to watch the ducks, one of my favorite animals. 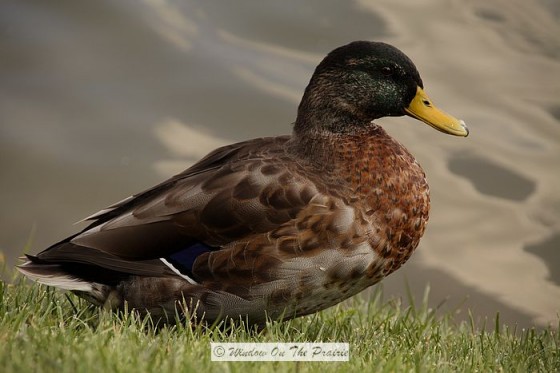 This one was giving himself a thorough cleaning and preening, and paused to take a look at the weird looking human. 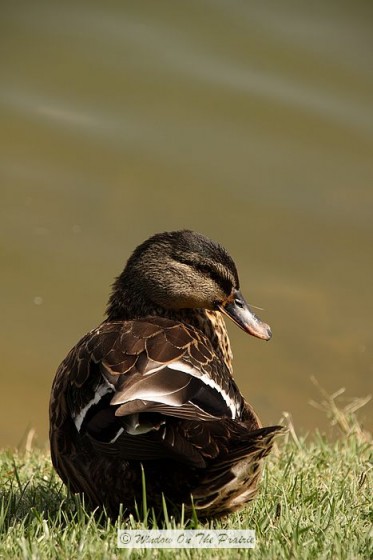 This duck had a fancy hair-do. Maybe she went to the nearby beauty salon. 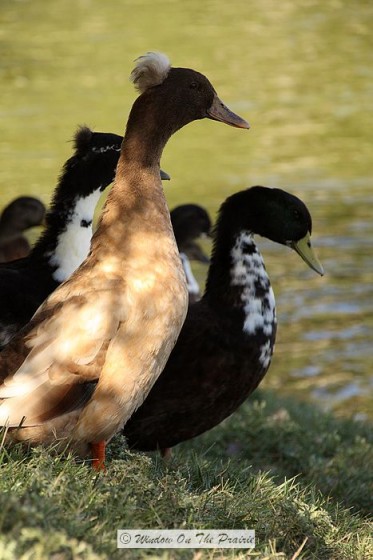 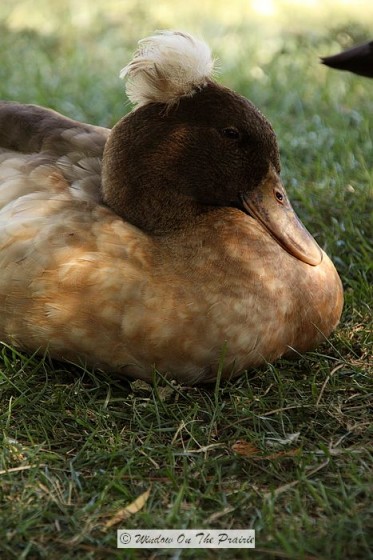 After I watched the flock for a while I was surprised to see one lone baby duckling. 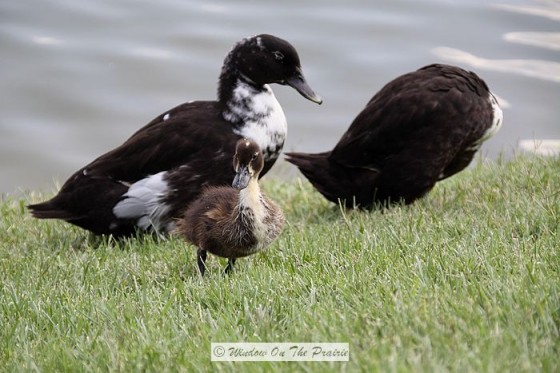 Such a cutie. And he looked so soft too. 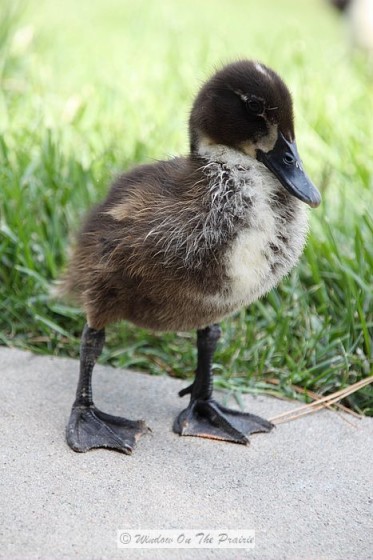 His feet looked much to large for him, but I suppose he’ll grow into them.

It’s a big world for such a little duckling. 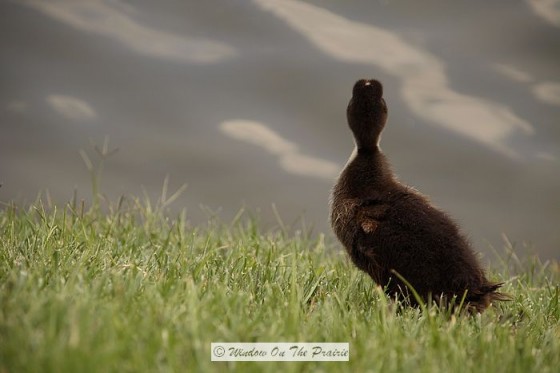 A lot of rest is needed when one is very small and trying to grow up. 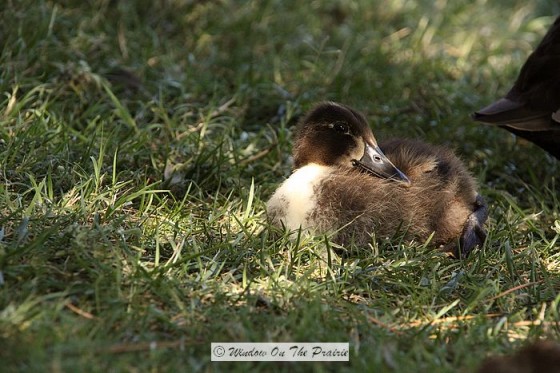 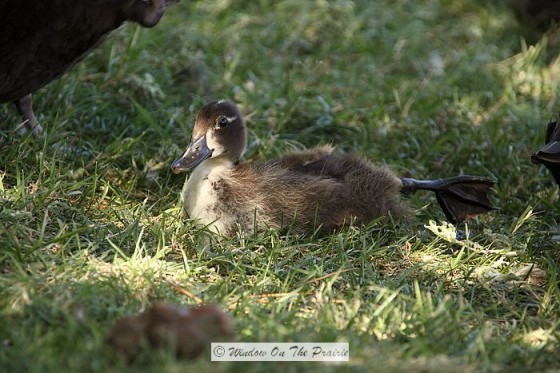 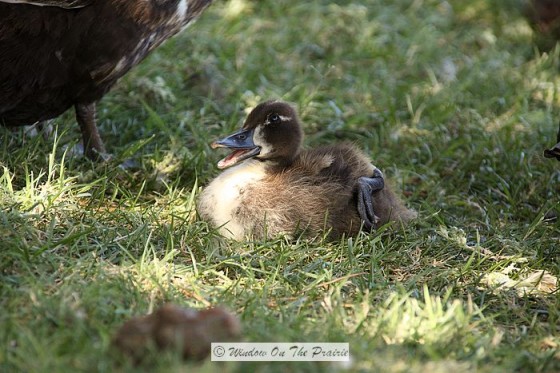 On Sunday afternoon, a Snowy Egret visited the pond. 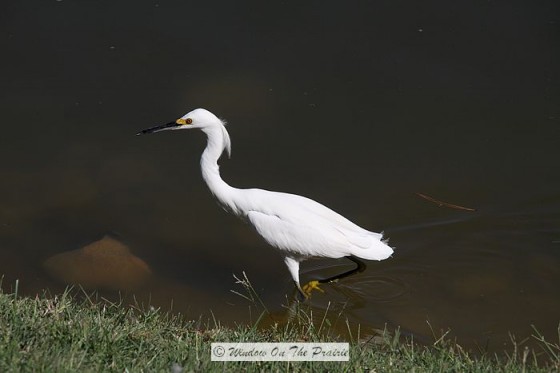 He’s not a resident, and was a little more skittish than the ducks. 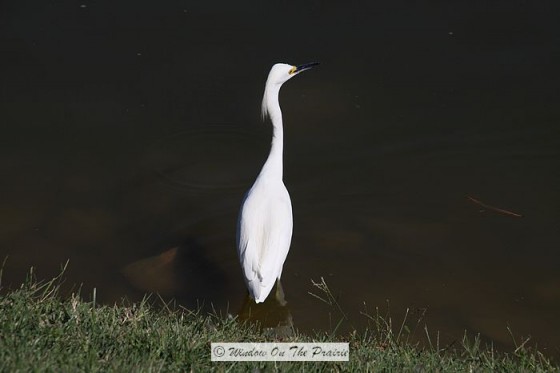 He finally had enough of me, and flew to another part of the pond. 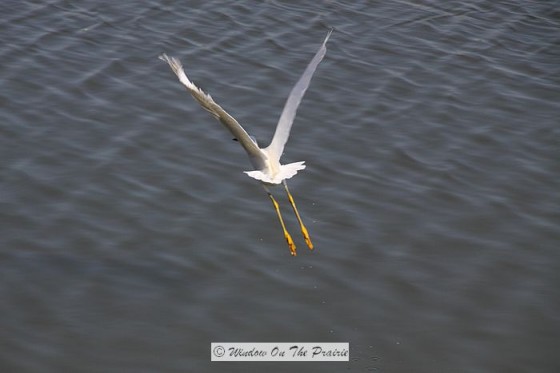 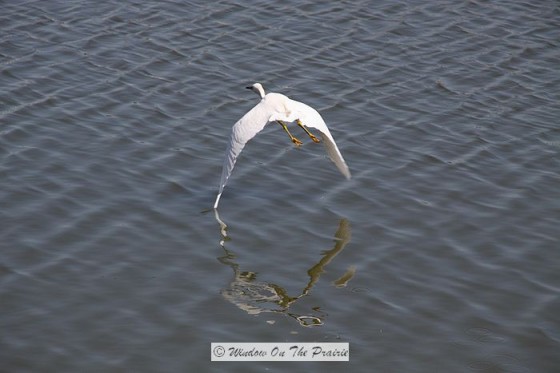 In the late 1800s and early 1900s, snowy egrets were hunted and killed for their plumage which was then used to decorate hats. Their numbers were severely affected, but since then they have made a comeback and are not considered endangered today.

The pond was a refuge for me while at the fair, where I enjoyed the ducks, the shade, and the tranquil views. 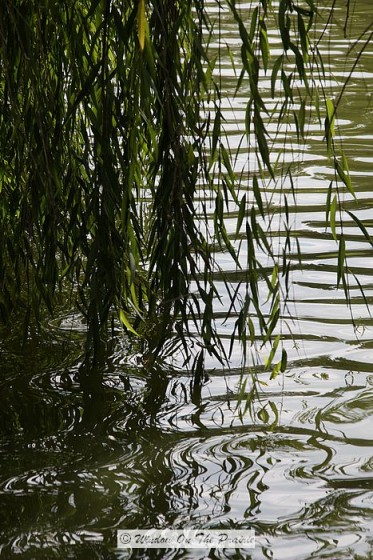 ——>Up Next: Autumn and Art: Wichita’s latest annual art event. Come see what all the artists have to offer.