Our third, and final full day in Maine was spent at Acadia National Park. We had spent the night at the Black Duck Inn Bed and Breakfast in the small fishing village of Corea just north of Acadia. I loved this B & B. 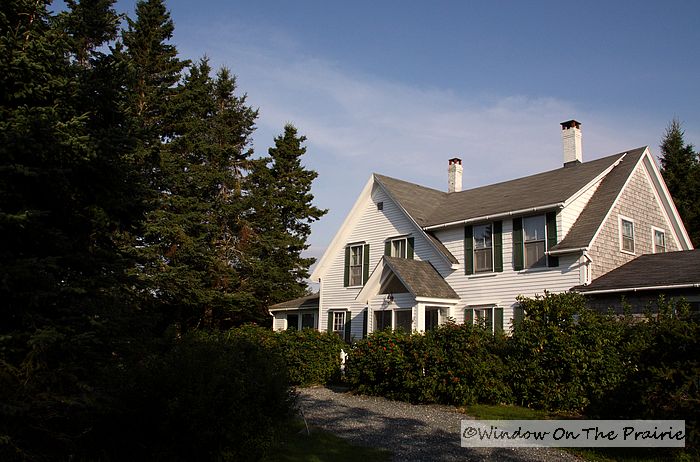 It was just across the road from the cove where all the lobster boats where anchored. We could hear the seagulls crying to each other and boats leaving the cove early that morning to go lobster fishing. We had a little sitting room decorated all homey with an afghan, quilt and easy chairs, and the window looked out over the cove. 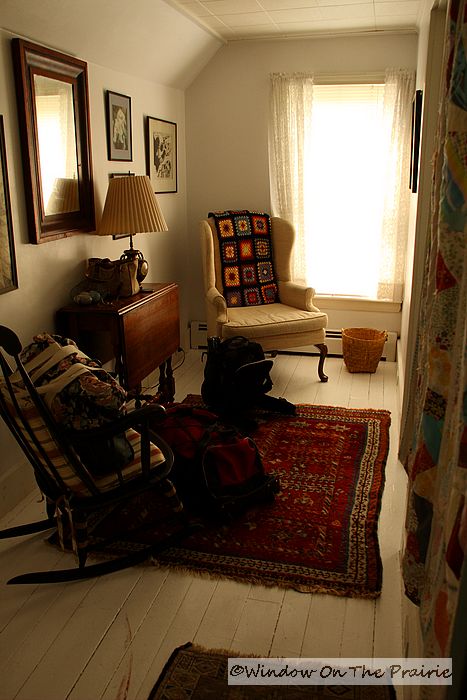 And our bedroom was a cheery yellow with a perfectly soft bed covered with down comforter, and we needed it too as it went down into the 50s that night. 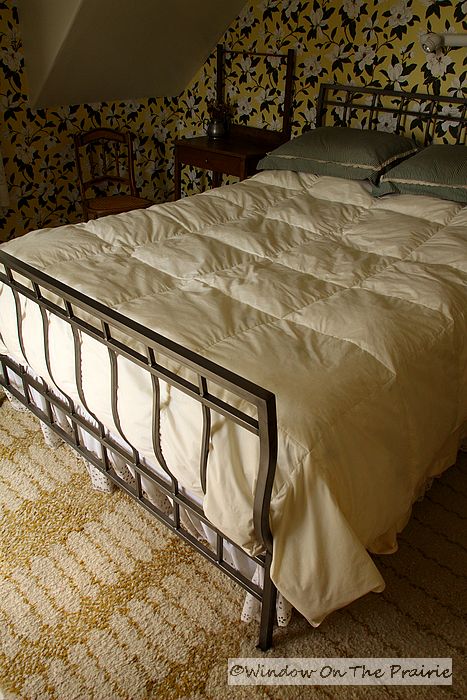 The living room downstairs had a fireplace made of the local stone. 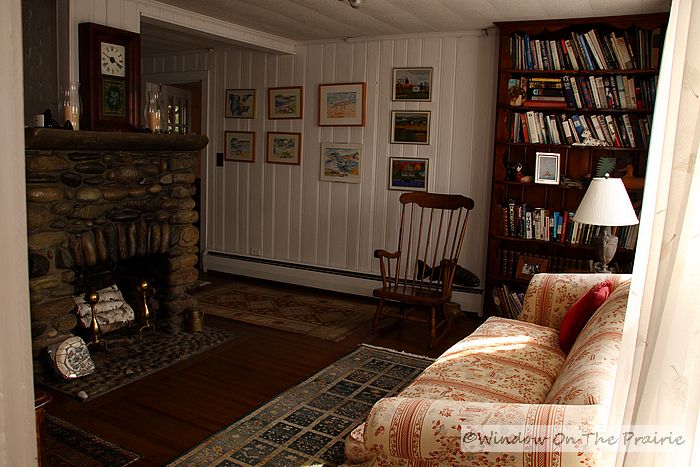 Early that morning, Harland was out before sunrise while I luxuriated in bed until 6:30. Then I got up, dressed, and walked across the road to the cove. The early morning light was fantastic with sunny skies. 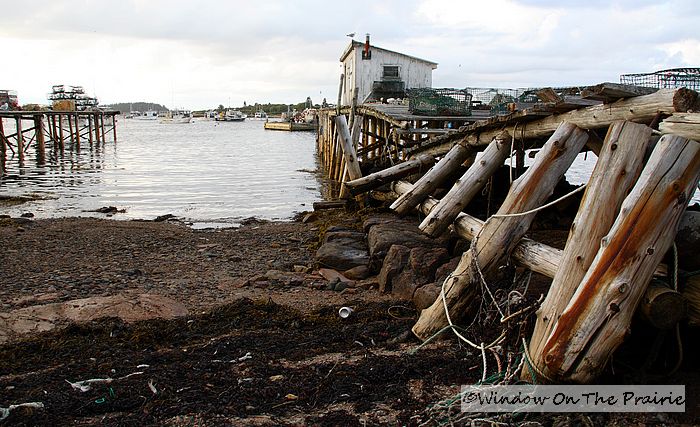 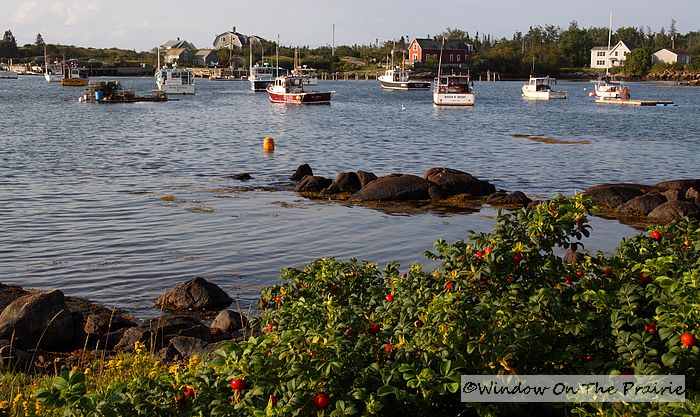 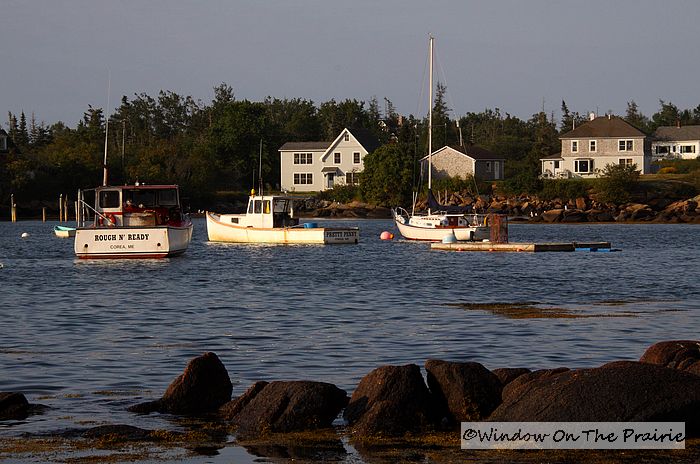 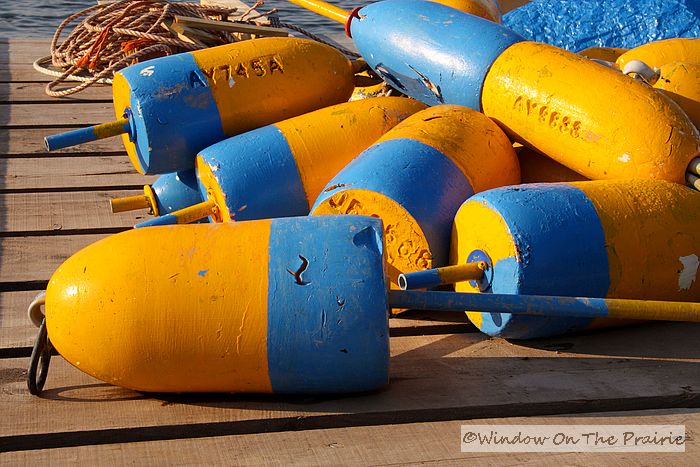 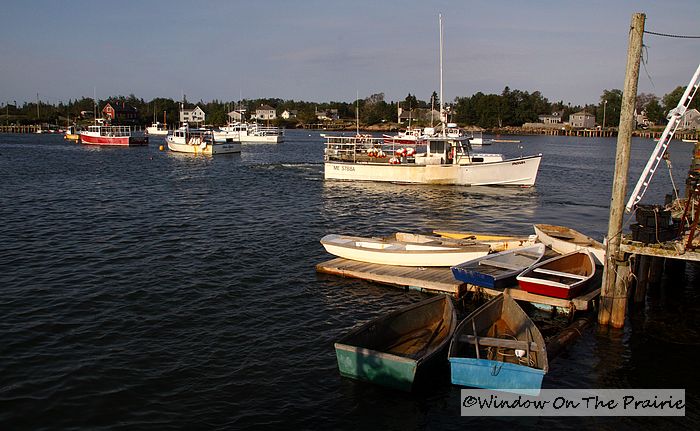 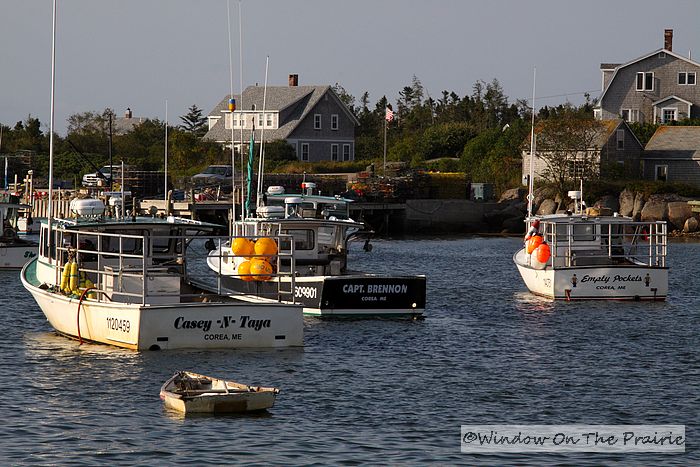 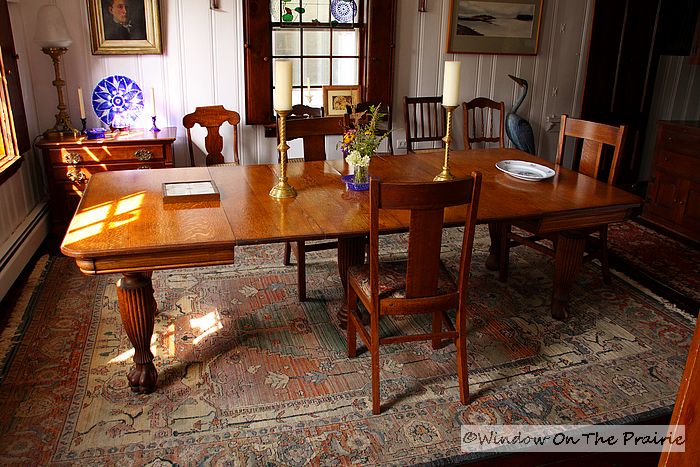 for a breakfast of Eggs Benedict. Then we packed up, sadly left the inn, and headed into Acadia. First we headed up to the summit of Cadillac Mountain. I was in Maine 20 years ago and visited Cadillac, but it was foggy that day and instead of wide vistas from the top of the 1500 foot mountain, the highest on the Atlantic seaboard, all I saw was the fog right in front of me. So this time I was looking forward to finally seeing the spectacular view of Mt. Desert Island, Bar Harbor, and the Cranberry Islands. As we drove the winding road up the top, wisps of fog appeared. Further up, the fog grew thicker. Finally at the top, the fog had thickened into a thick bank around the mountain, and there was wind. Lots of wind. Well, we might as well park and walk to the overlook, which we did. The wind was blowing so hard it was difficult to stand, probably 45-50 mph. We pretended we were in Kansas, leaned into it, took each other’s pictures, 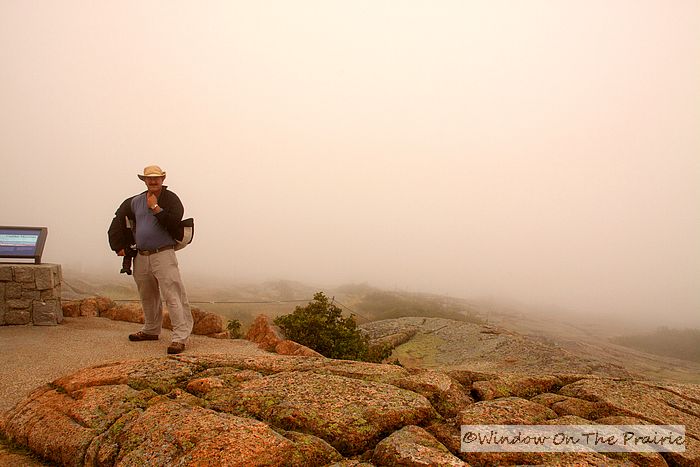 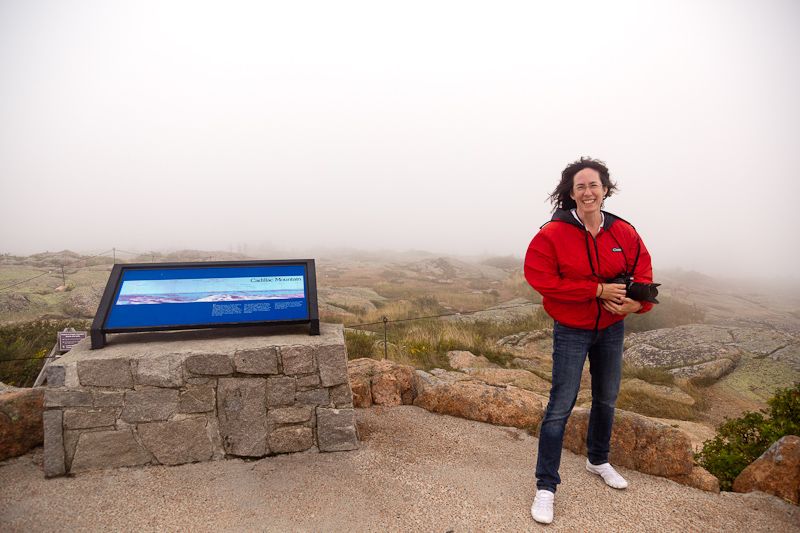 and then headed back to the truck and drove down the mountain. Oh well.

It had grown cloudy down below too, and the rest of the day a drizzle set in. We visited the coast. 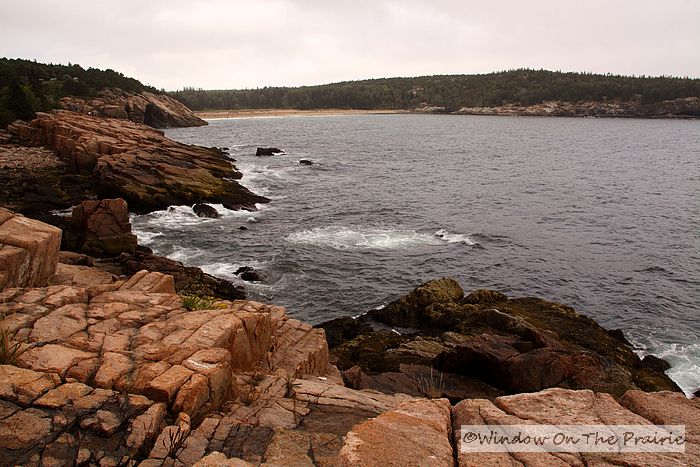 Have you ever noticed that some seagulls look mad? 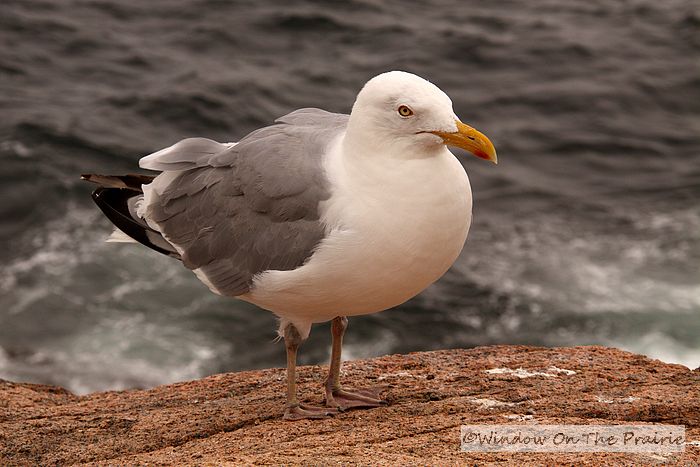 This one looked particularly angry. 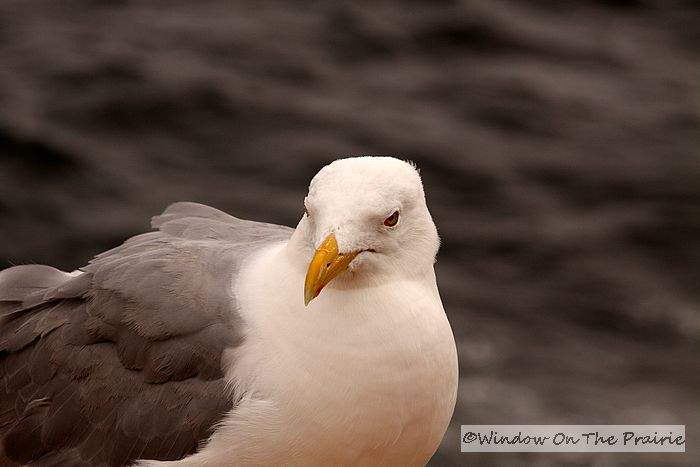 “Stop with the pictures lady, I’m NOT having a good day.”

So we left Mr. Grumpy behind and waded through the crowds for a spot along the railing to view Thunder Hole, a cavern carved out of the rock by thousands of years of wave action. When a particularly big wave rolls in, it KABOOMS against the back of the hole, which is how it got its name. ( I didn’t get any good pics here, but did get a video, see below)

We ate lunch at a roadside lobster restaurant where they sell seafood of all kinds, but specialize in lobster – live or cooked. You can pick out your live lobster from a cooler, and then they cook it for you outside in large pots of water over wood fires. Lobster is expensive so I got the clam chowder and Harland had a crabsalad sandwich. Then we headed over to the western half of Acadia to see if we could find an area without crowds of people. We visited a lighthouse at Bass Harbor, but it was raining so we didn’t linger. Then we had supper at a local restaurant with views overlooking a harbor. Nothing fancy, but nice. We finished up the day taking a short hike through a fir woods and down to a rocky beach. No sunset that night as it had been foggy and cloudy all day, our first since we got there – we had  been lucky.

Here’s a short video of our day.

We checked into a little hotel early that night. We were tired and ready to start for home the next day.