On Saturday morning, Harland and I took a tour of the Maxwell Wildlife Refuge, famous locally for their herds of bison and elk. Both animals once freely roamed in Kansas, but are now only seen in parks or refuges like Maxwell. It was a cold and windy day, so we bundled up in lots of layers, and hopped on the tour tram with a bunch of other photographers.

First we saw a large herd of elk. 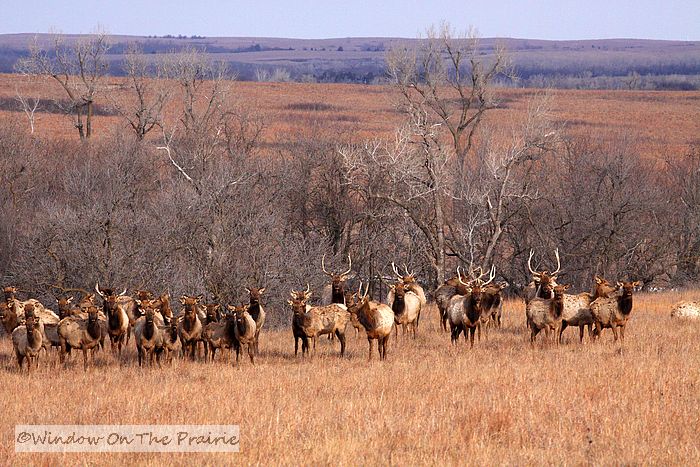 I’ve only ever seen them in Colorado at Rocky Mountain National Park, so seeing them closer to home was a treat. The elk were hoping to be fed, so they were staying within sight of us, albeit from a safe distance. 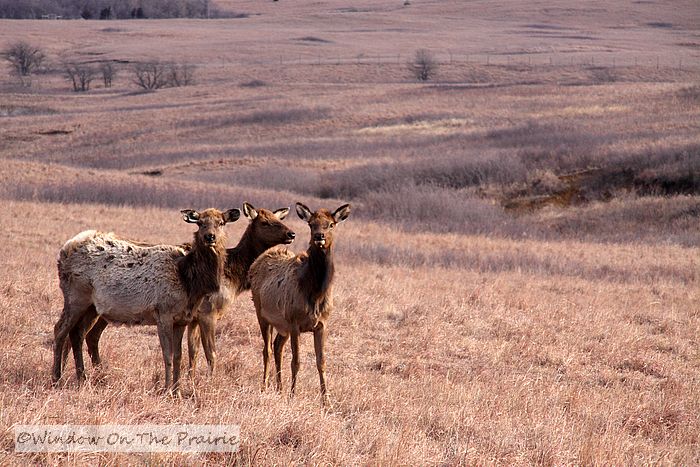 The breeding season, or rut, would have occurred back in October and November and with all these mature bull elk I’ll bet it was an amazing sight to see them sparring with each other. 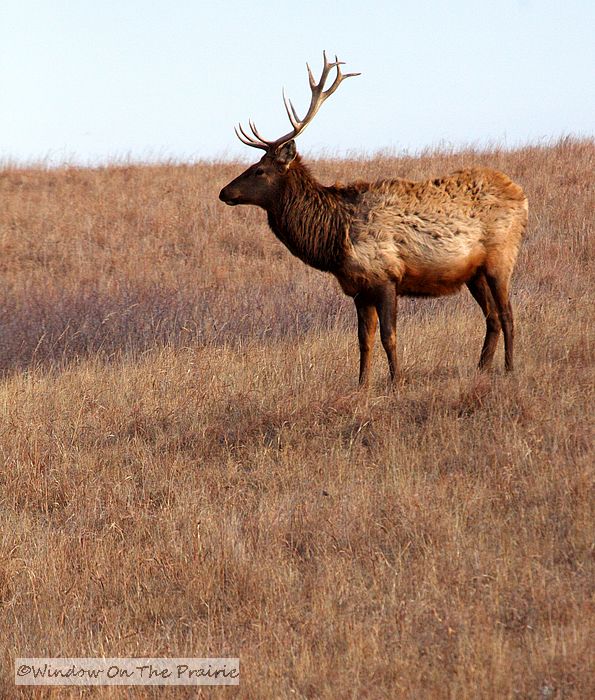 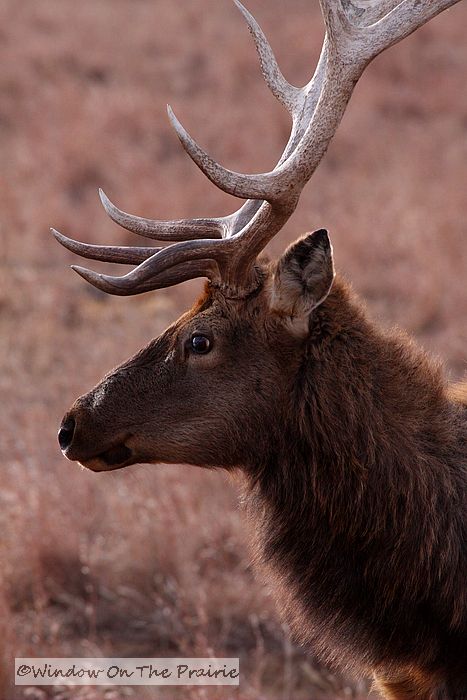 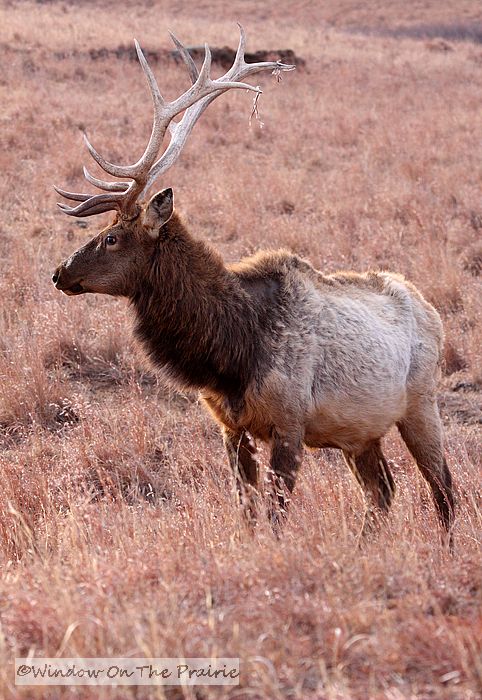 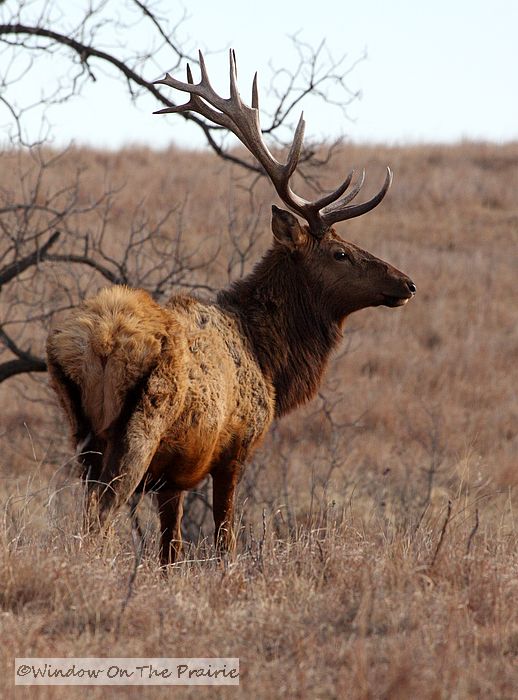 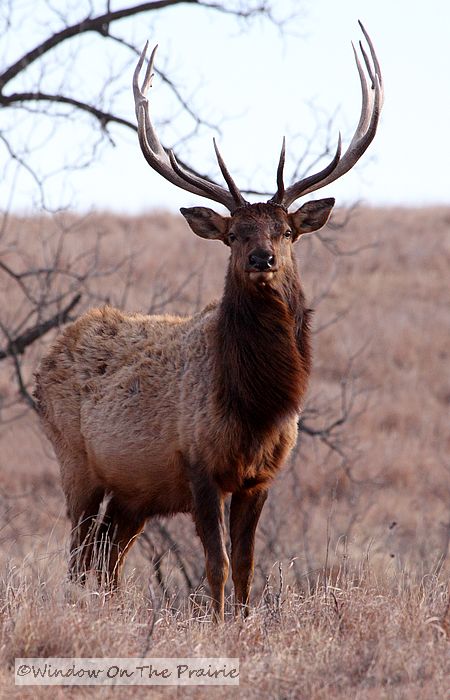 They were also more limber than I would have thought possible. 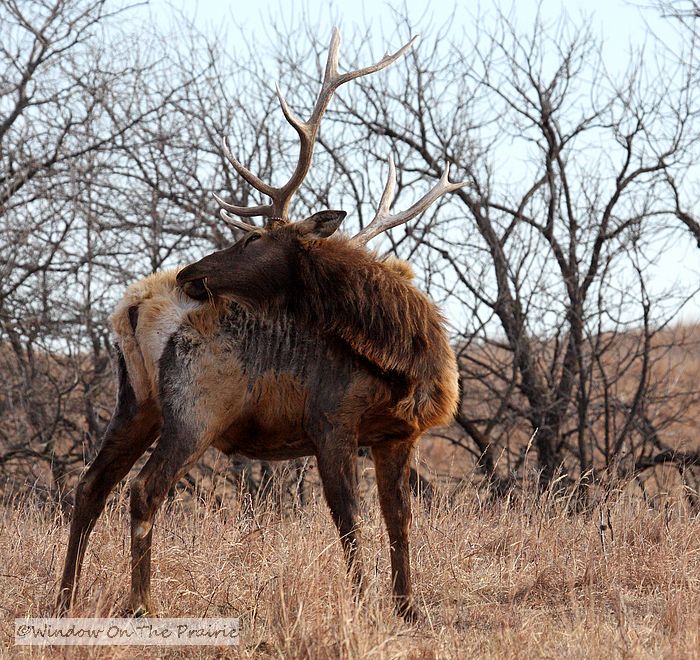 While we were watching the elk, a large bison was following the tram and watching us. He too was hoping it was feeding time.

Come back tomorrow to see him, and the rest of his herd.

As I looked around at all the cameras, tripods, and long lenses of our fellow photographers, I was struck by the thought that it would be a good thing for the “rapture” to occur right at that moment (leaving Harland and I behind), 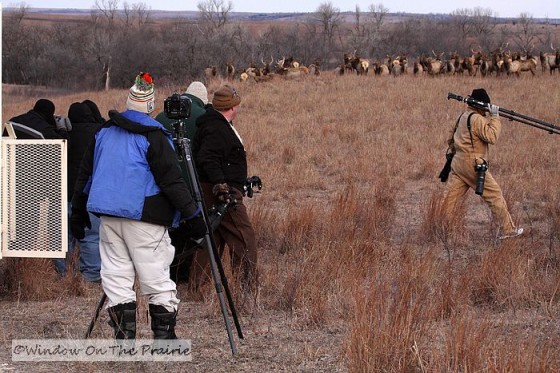 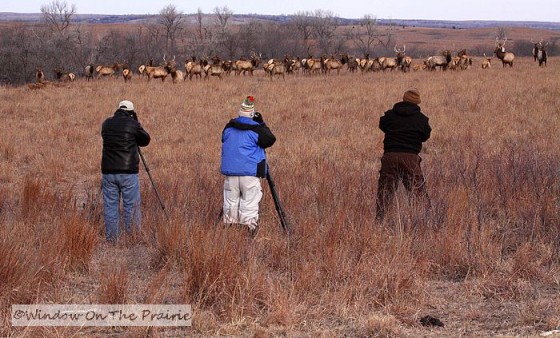 and then we would collect all the camera equipment for ourselves. Ha!