Picking up where we left off yesterday, I mentioned that while photographing the elk, I turned around and noticed a bison was following us. 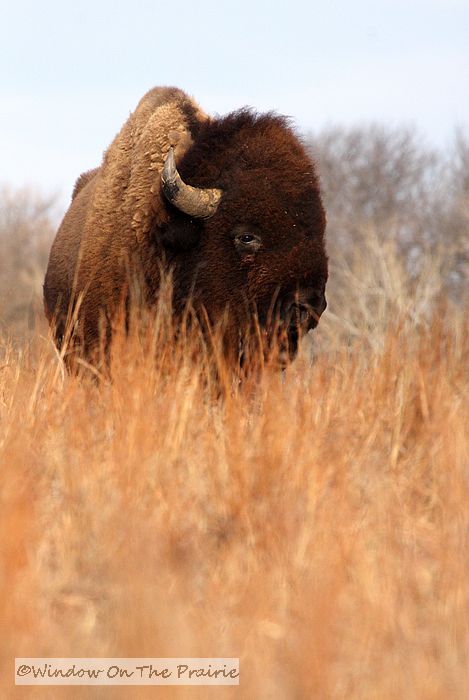 I got off the tram and crouched down to get a lower angle. He kept getting closer and closer…. 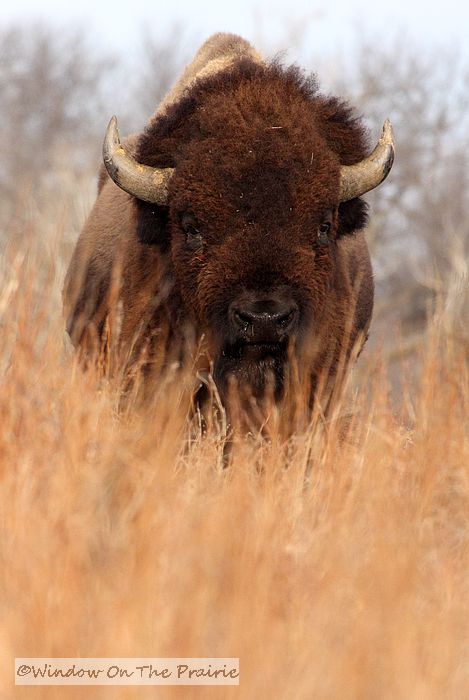 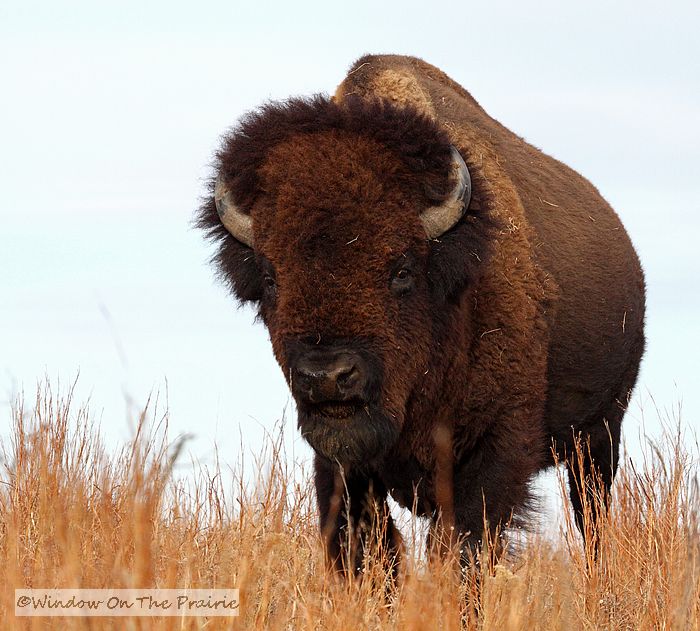 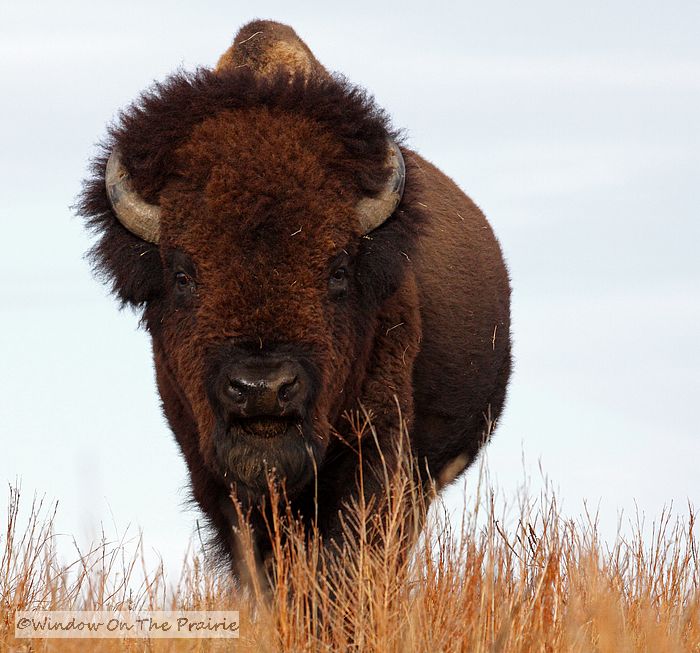 and finally the tram driver told us to get back on board as he was getting too close.

Then he walked right up to the tram and stared at us. 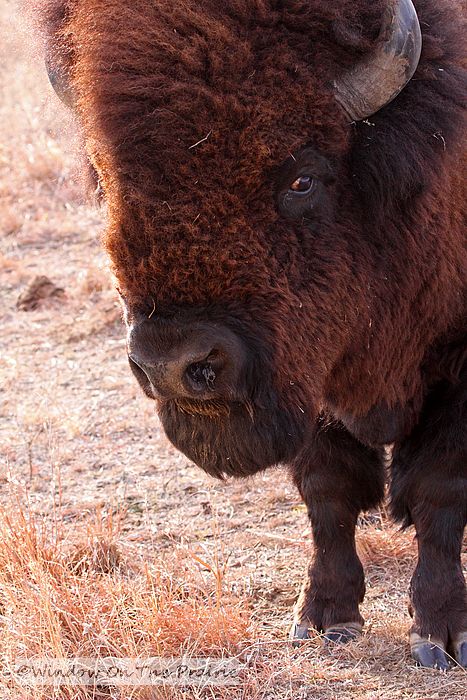 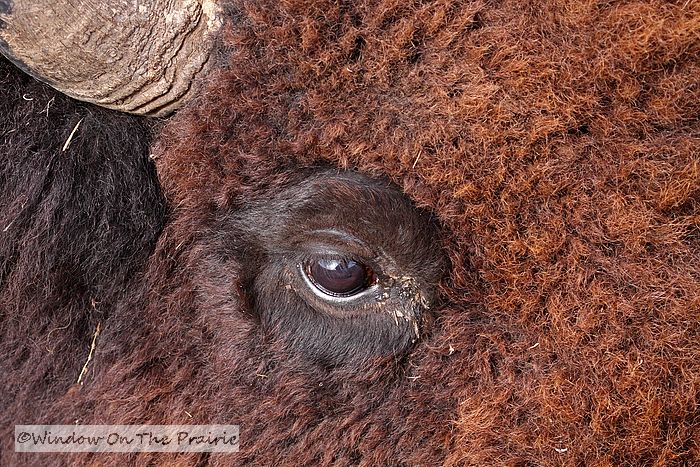 After we all got a good look, we traveled to another part of the refuge to see the rest of the bison herd. 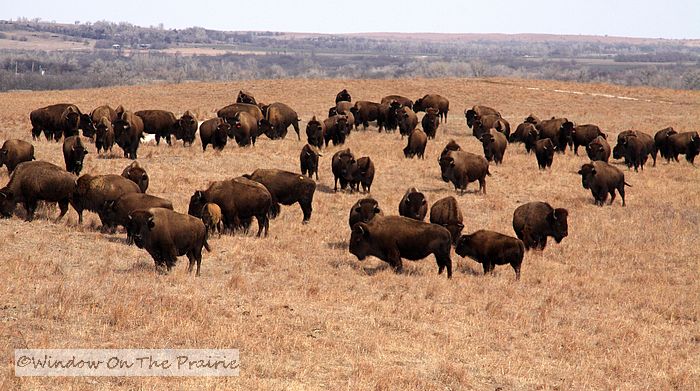 We’ve visited the small herd of less than 20 bison at the Tallgrass Prairie National Preserve down by Strong City, KS on several occasions, so seeing such a large herd here was a very different experience. And unlike the bison at the Tallgrass who pay us little attention and behave more naturally, the bison here actively followed and even chased the tram thinking we might have food. 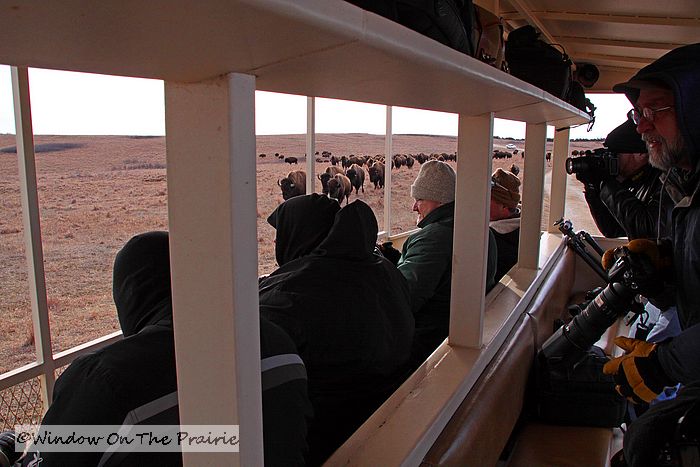 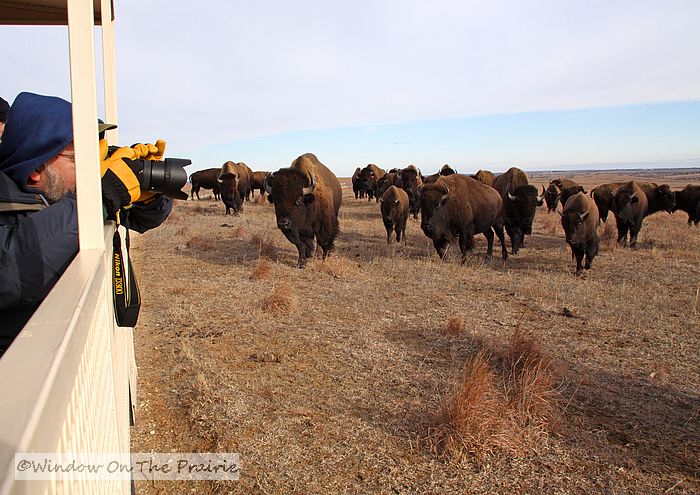 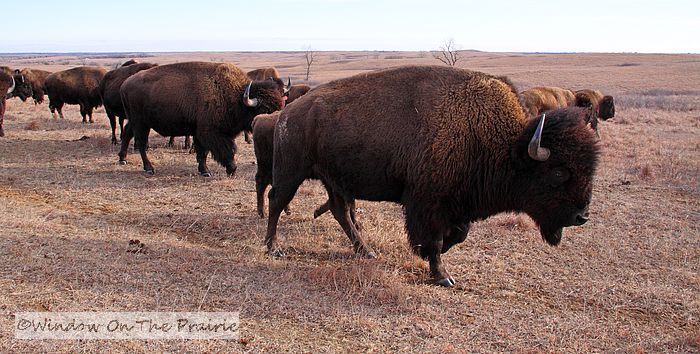 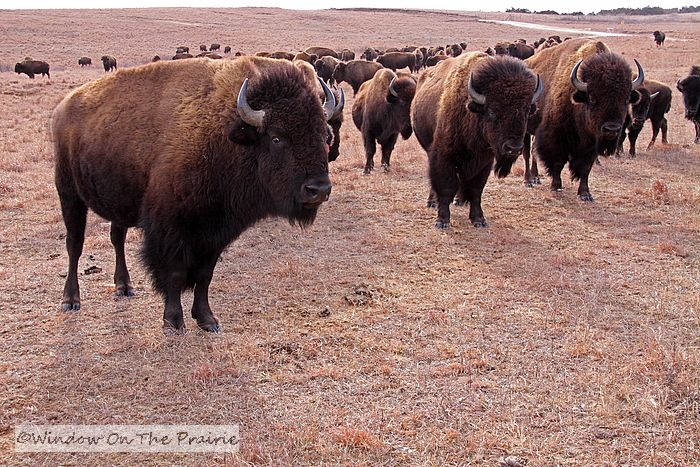 A refuge truck appeared and fed the bison some range cubes which is what they had been waiting for. (I took a video of feeding time which I’ll post for you tomorrow.)

As we left we noticed a bison calf not more than a couple months old standing alongside its mother. 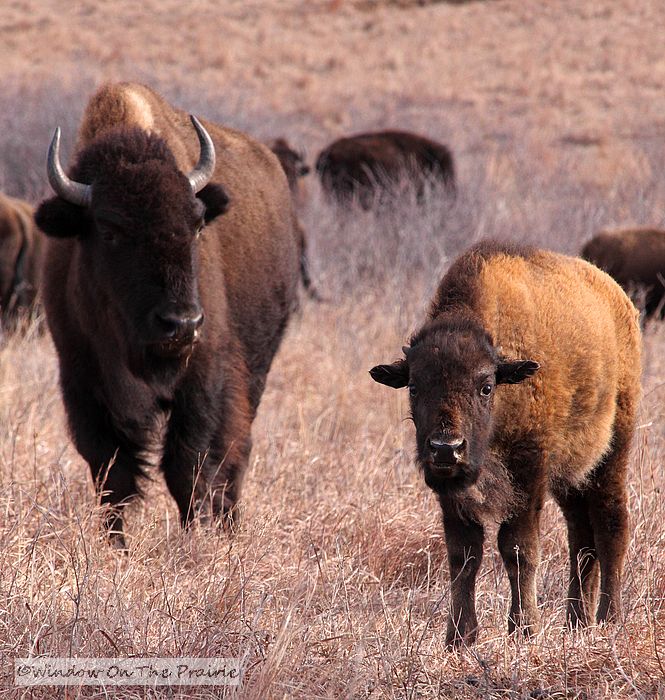 If you would like to see elk or bison really close up, Maxwell Wildlife Refuge is well worth a visit.