Last week, when I was taking pics of Maximilian Sunflowers, I noticed there were quite a few creepy crawlies around. I realized I don’t feature bugs very often here even though they play a large role here on the prairie. So this post is just for them.

This is a Common Garden Katydid. 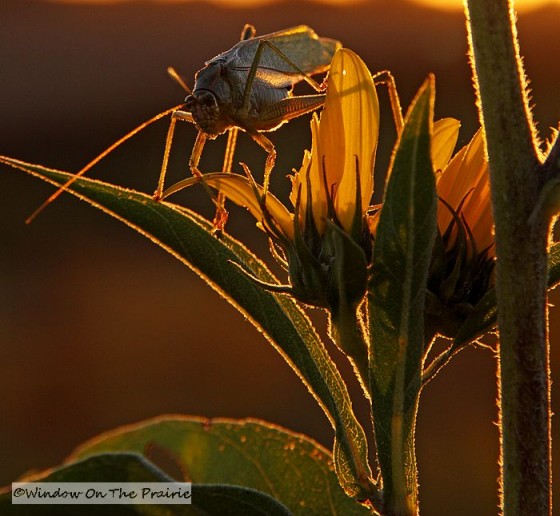 It hides in the foliage very well as its wings resemble green leaves. They eat vegetation, and are sometimes considered pests in the garden. When a male and female meet, the male gives the female a gift: a meal in the form of a blob of gelatin for the female to eat. It’s thought the reason for this gift is so the male will be able to mate with the female for a longer periood of time since she is distracted while eating, thereby increasing his chances of passing on his genes to her offspring.

This otherworldly creature is an Assassin bug. 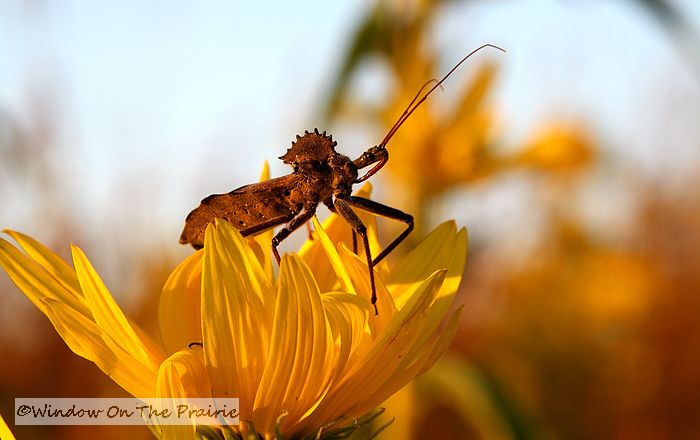 Besides its intimidating armor plating, the most disturbing feature is the long mouthpiece which is used to inject poisonous saliva into their prey which liquifies their insides so the assassin bug can then suck them out.

All together now:  “Blech!” 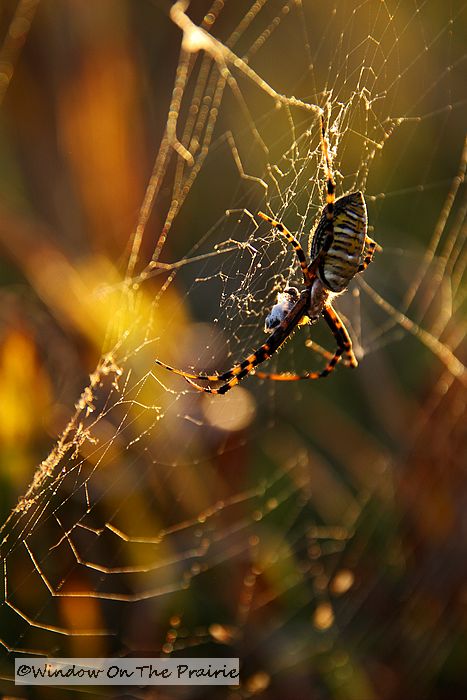 Only the females make webs. Banded Garden Spiders spend the winter as tiny spiderlings. In the spring, they become active and grow throughout the summer reaching maturity in the fall. The males roam about searching for females to mate with. Later, the female lays eggs, and then dies. Her tiny spiderlings will wait out the winter just as she did before them.

Have you seen any of these bugs?