Sunday morning, our alarm went off at 3:30am.  We fell out of bed, got ready and were out of the house by 4:00am.  We drove west about an hour and a half, turned down a dirt road, then parked and man-hauled portable wildlife blinds and camera equipment a quarter mile off into a field. We set up our blinds, readied our cameras on tripods, and waited quietly in the dark for for the show to begin.

We could hear their calls in the dark as they arrived for their spring morning ritual. At daylight, we began to take pictures.

Every spring morning, starting in late March and continuing through May, male Greater Prairie Chickens gather on the highest hilltops in the predawn. For the next 4 hours, they put on a display consisting of a variety of calls ranging from low booming sounds to raucous screams. 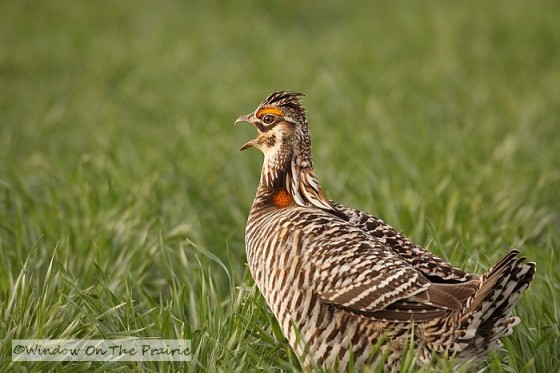 They stamp the ground, fly up into the air, and inflate bright orange sacs on their necks. 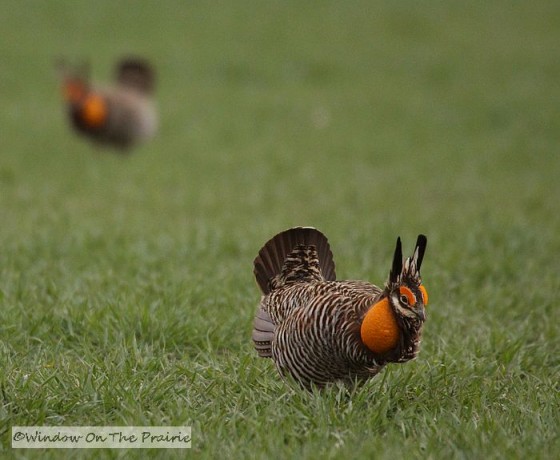 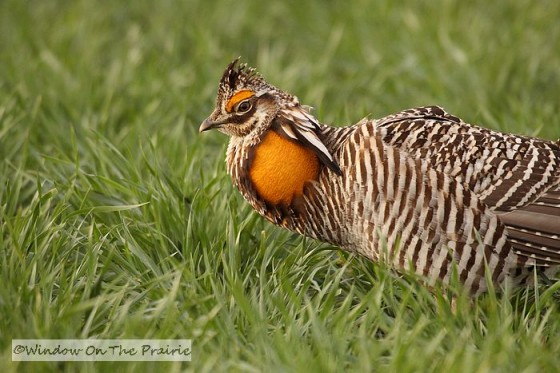 The coveted spot on the hill is the very top, and when not displaying, they fight each other to make their way there, and be the dominant male.

Much of the fighting consists of nothing but face-offs, 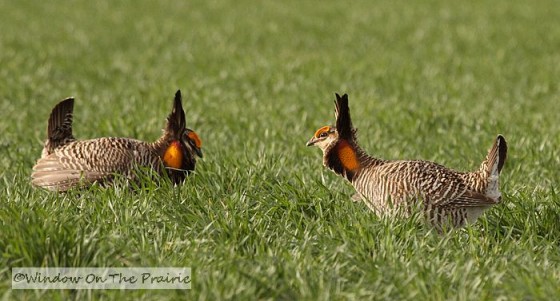 but occasionally it becomes physical with males scratching or biting, and pulling out each others feathers. 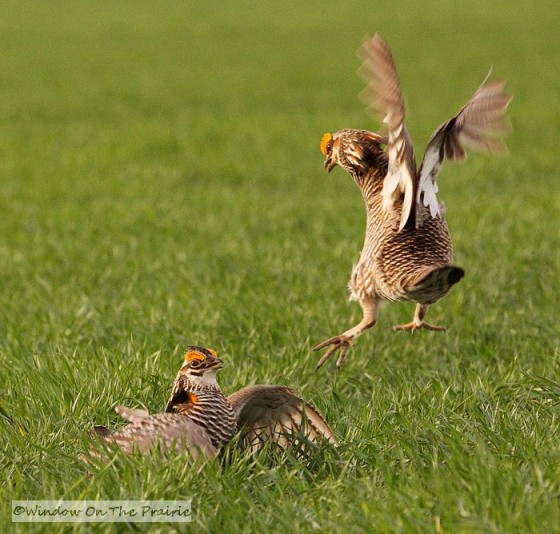 The goal of all this displaying and fighting is age-old:

Above, a lone female, center, is courted by three males. The females are pale gray with none of the colorful markings of the males.

Unlike the males who arrive at the hill in the cold predawn, the females like to sleep in and then arrive after sunrise. They wander around the hill, observing the males, and taking notes. When they are ready to start a family, they will choose only from those males at the top of the hill, hence all the competition.

Watching the Greater Prairie Chickens is a great privilege and well worth the price of losing a little sleep. Once an abundant species, they are now rare or extinct in much of their former range. Loss of habitat is the cause.

Most people I know have never seen the prairie chickens in action, so I’m pleased to be able to share this early morning show with you. I took over 500 pictures and video as well, and I’m still sorting through it all.