Sunday morning, Harland and I went out to watch prairie chickens, which is a bit of an endurance activity as it requires that a person be on the lek in a blind before sunrise. For us, that means we get up at 4am, drive out to the lek, set up a portable blind, ready our camera equipment, and then wait for the chickens to arrive.

Every morning in the spring, the chickens gather into groups called leks, where the males display to establish dominance and win the female’s affection.   The leks are often traditional sites used for many years. Males begin to congregate on the lek, usually located on a hill, before sunrise. The male prairie chicken’s display consists of a wide variety of calls, 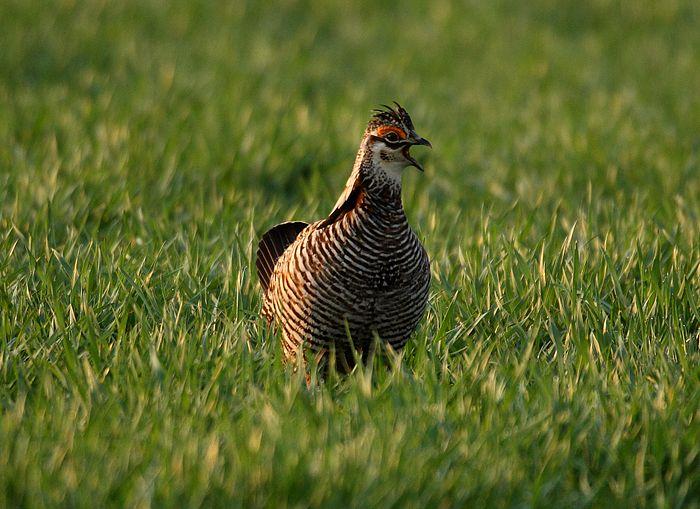 including a low booming sound that can travel as much as 2 miles, leaping into the air, 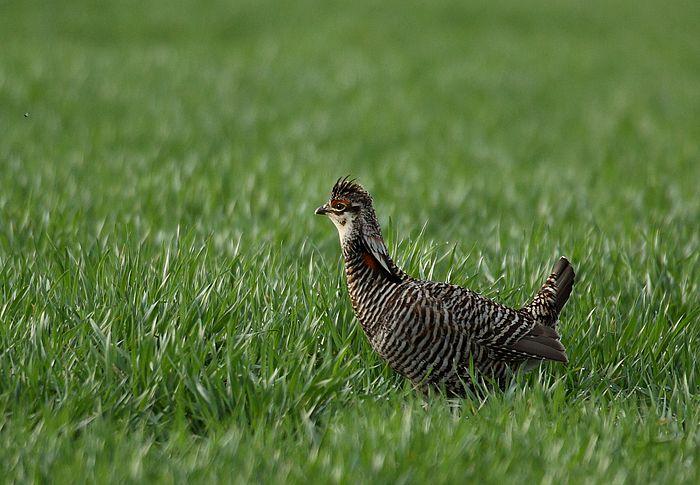 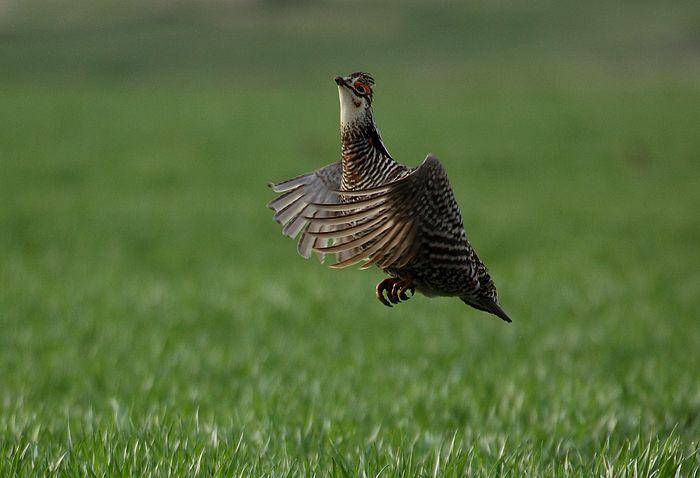 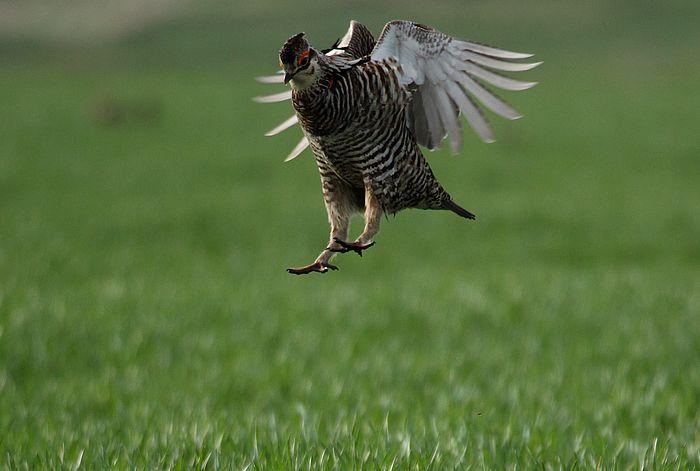 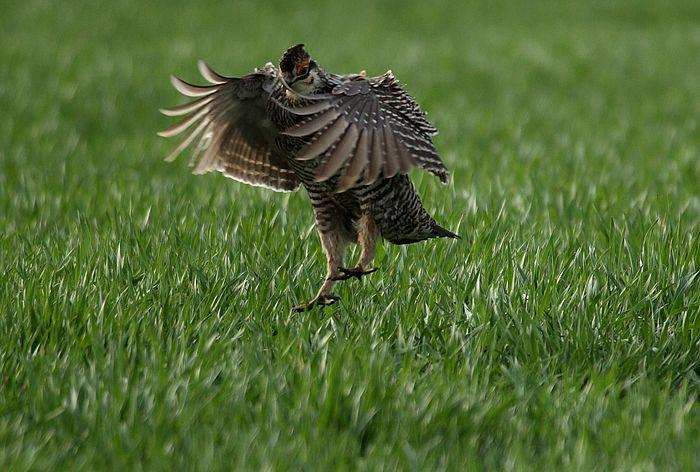 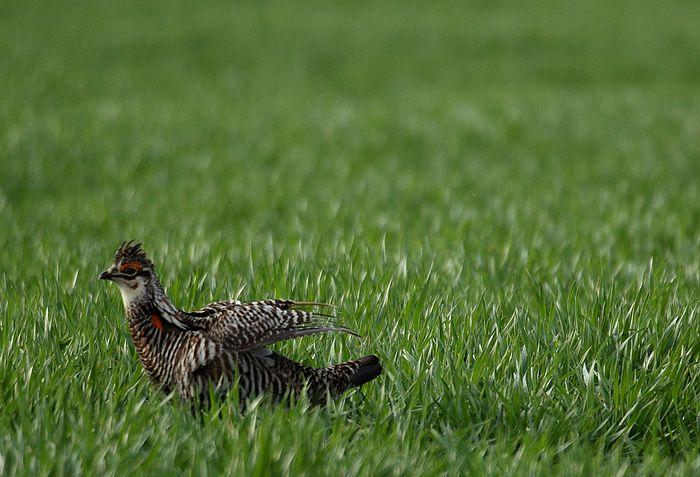 and inflating bright orange air sacs on the sides of their necks. 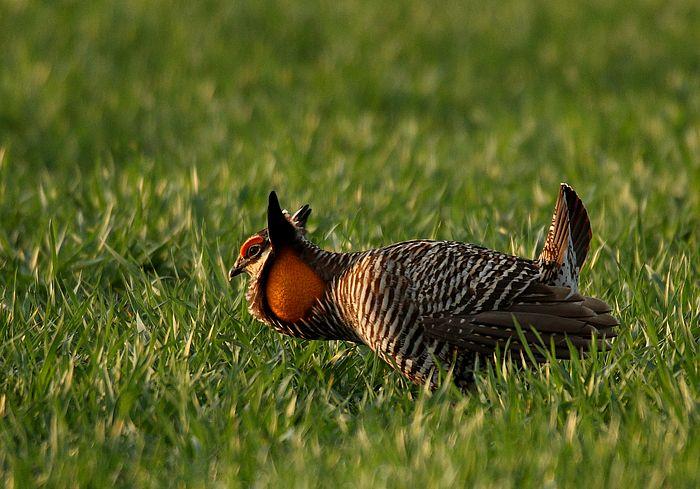 They compete with each other for the coveted spot in the center of the lek, the top of a hill.  To establish dominance, they stare each other down, 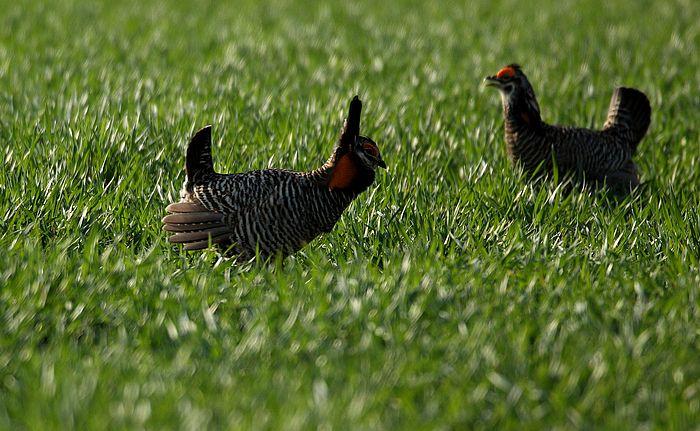 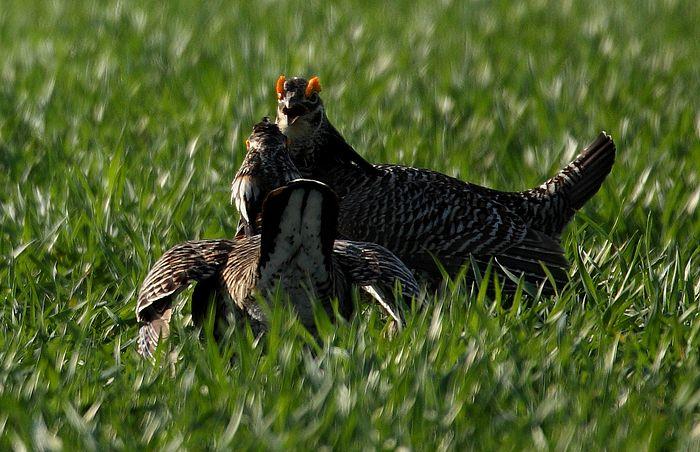 and if that doesn’t work, then they may engage in a small skirmish where they jump up into the air striking at each other with beaks and feet. 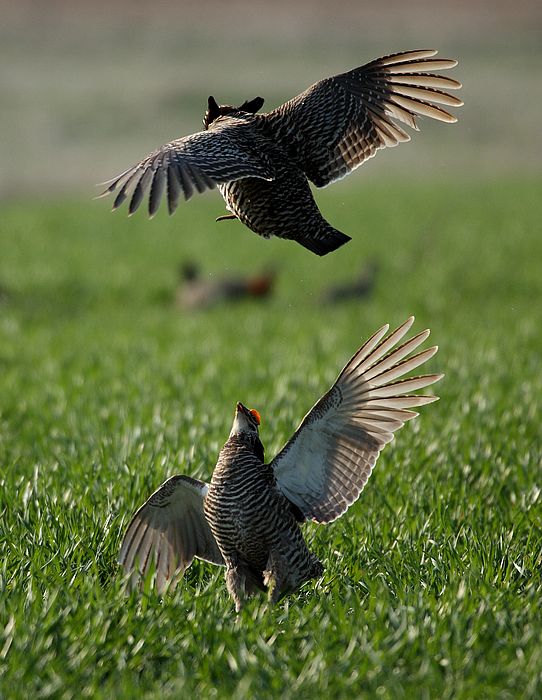 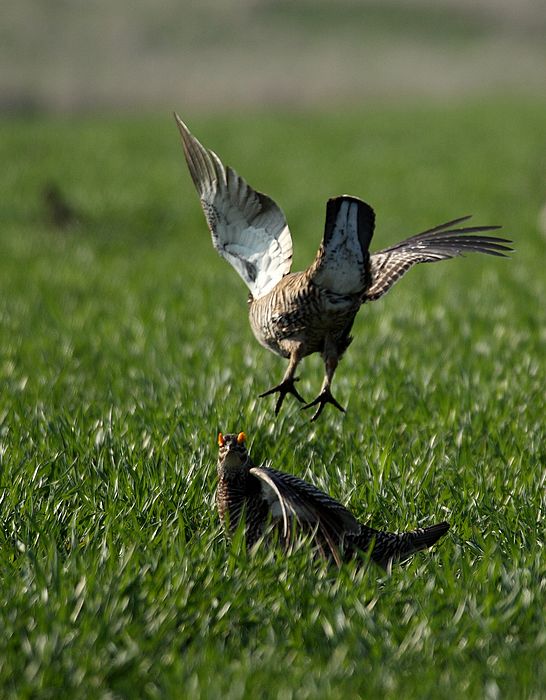 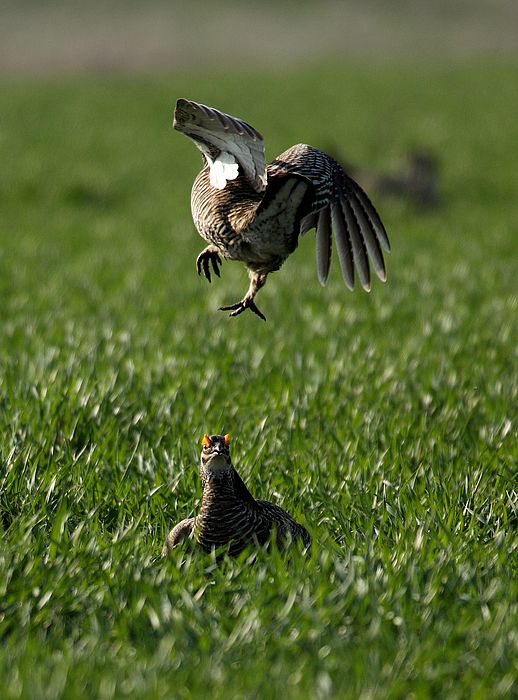 Real knock-down drag-outs sometimes occur where the fighting may go on for several minutes.  Opponents chase each other around the lek, scratch, peck, pin each other down pulling each other’s feathers out. 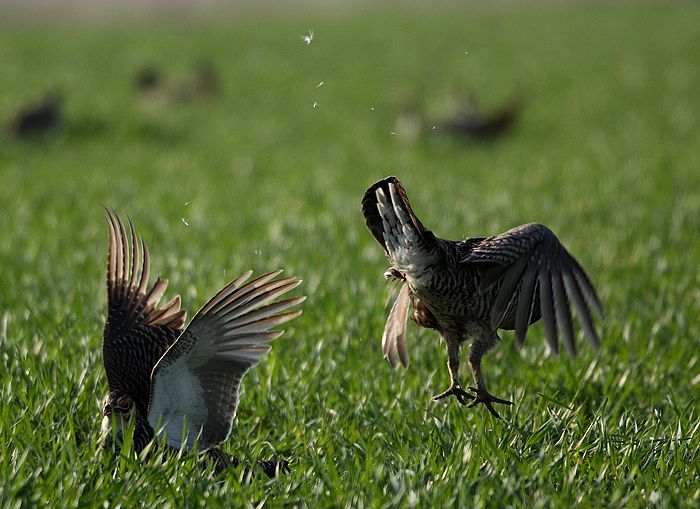 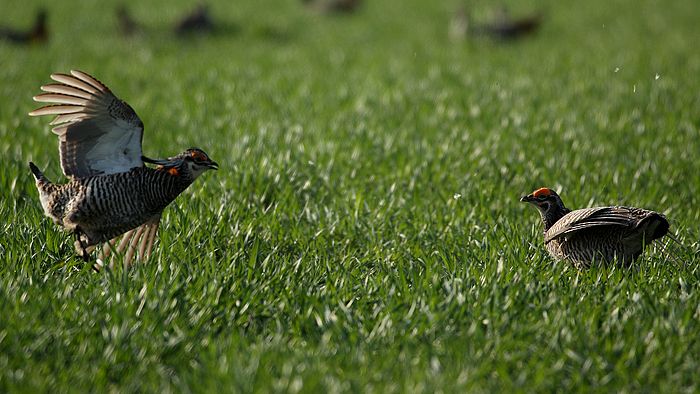 The loser is relegated to a lower position in the lek.

Females begin to arrive about 8:00am each morning. They walk all over the hill, watching the males, who put on their best display for them. When a female chooses a male, the mating occurs.  The dominant males do 90% of the mating.

The female then leaves to lay eggs and will raise the young on her own.

Harland and I packed up our gear, and left about 9:30 with wonderful memories, and a lot of pictures.  We’re so privileged to be able to see this annual event. Currently listed as a Threatened species, they were once found from southern Ontario to Alberta, and from Ohio to the northern Great Plains. Due to loss of habitat, they were almost gone by the end of 1930s, but now survive in scattered areas of southern Canada and in the mid-west U.S.