When I was a kid growing up in Missouri, I was fascinated by snow drifts. Sometimes the wind blew snow into such hard-packed drifts that we could walk on top of them. If the snow was deep enough and the drifts large enough, this meant that we could sometimes step right over a fence. The idea of frozen ice crystals packed tightly enough to hold my weight up was, and still is a pretty neat quirk of nature, although drifts aren’t as likely to hold up my weight today as they once were.

Yesterday while in our pasture looking for a tree suitable to become our Christmas tree, we saw some tracks of what I first thought must be a coyote delicately treading atop a snow drift. 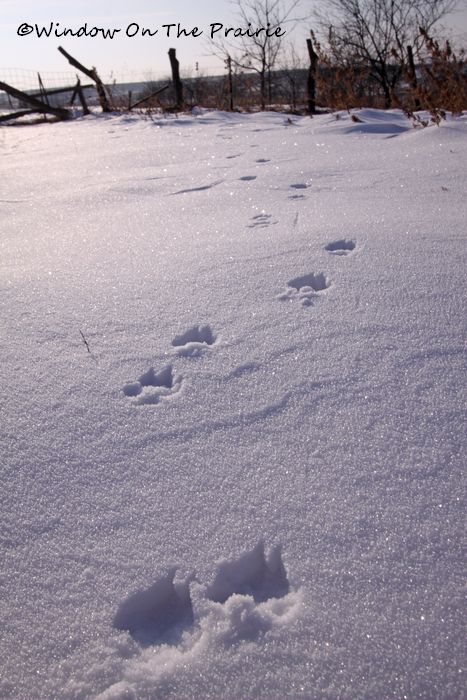 But when I looked more closely, I decided that tracks were too small for a coyote and they must be of a fox instead.

I wish I could have witnessed the fox as he tip-toed over the snow drift. Foxes are such beautiful animals and rare sights in our area.