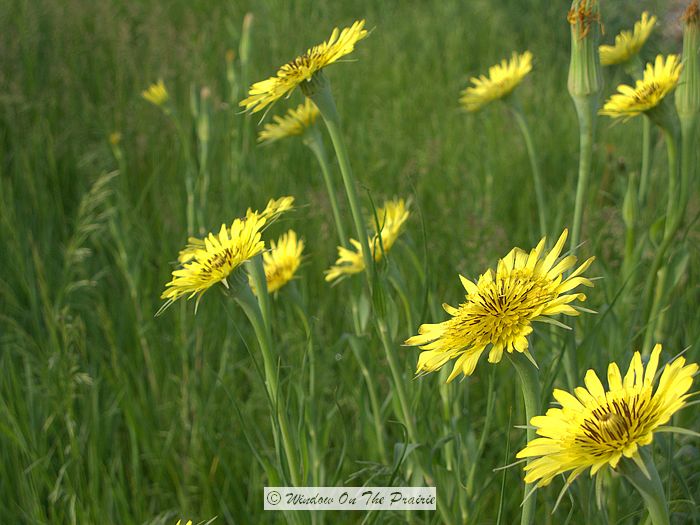 For years, I thought that Western Salsify was a native plant. It blooms along the edge of our road and has been delighting us with its bright yellow 2 inch blooms for the last couple weeks. 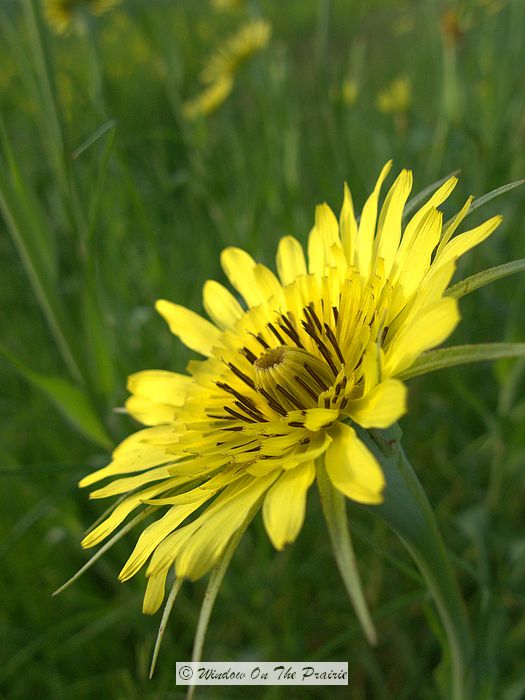 I took pictures of it on my way to work last week, and was looking forward to showing yet another native plant off to you. Then I learned that it is native to central Europe and western Asia. Introduced to North America, it is now considered a pest in most states. Well, I stand corrected.  But I still think it’s pretty. 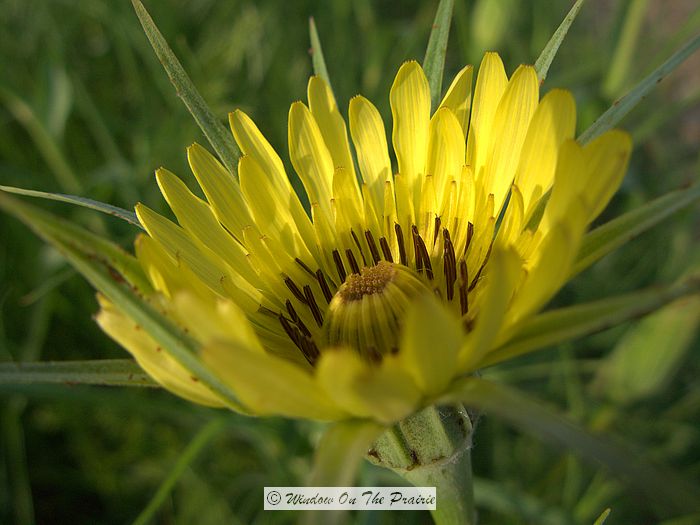 The blooms open early every day to face the morning sun, 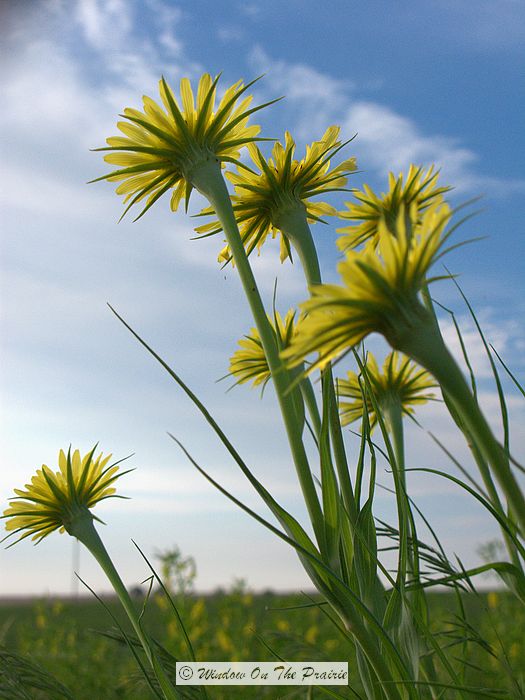 and then close by mid-afternoon.  Later, the plant makes large fluffy seedheads about 3 inches across that look very similar to dandelion seedheads.

Ok, so it’s non-native, and considered invasive. But I still like it.  Isn’t it pretty in a rustic wild sort of way? 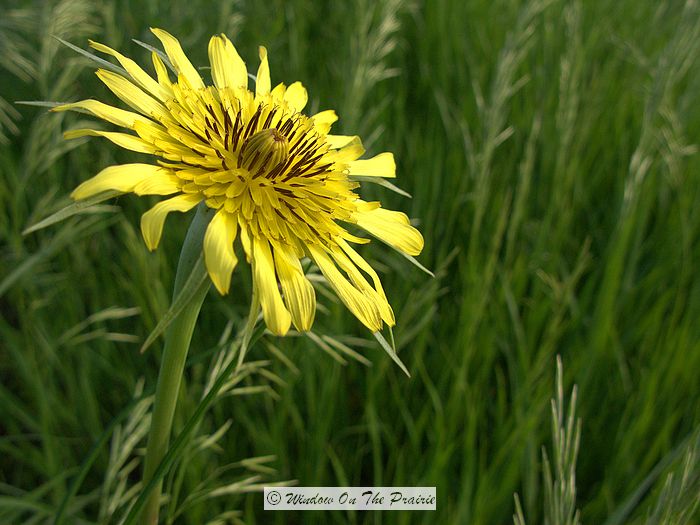