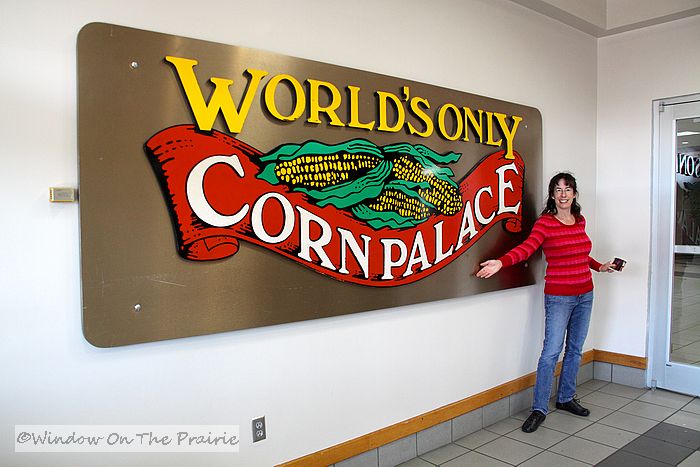 In 1892 the small community of Mitchell, South Dakota decorated the exterior of their civic center with products of that years’ harvest as a way to celebrate their farming successes.  Almost every year since then they have continued that tradition by putting up new decorations using corn, other grains and native grasses.

Each summer, the previous year’s murals are removed and replaced with all new murals celebrating that year’s theme.  Themes have ranged from western and life on the farm to patriotic and military scenes. More than a quarter million ears of corn are used to redecorate each year.

Today, the corn palace receives more than 500,000 visitors every year, and this year, one of those visitors was me. Last week while in the area attending a business conference, three of my co-workers and I took the time to visit the corn palace. 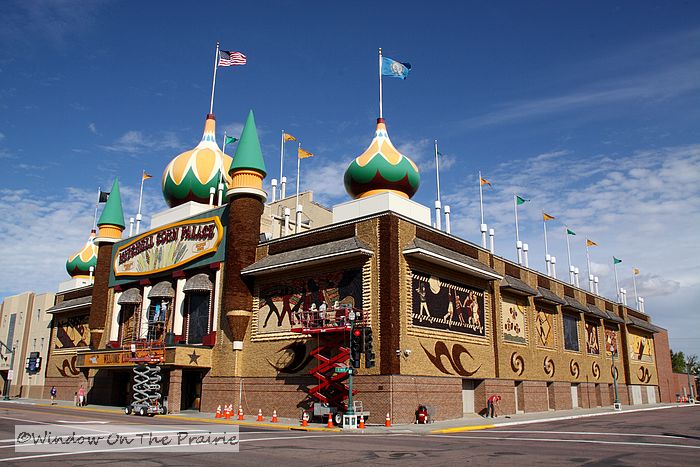 First, we looked at the outside of the building and all the murals. 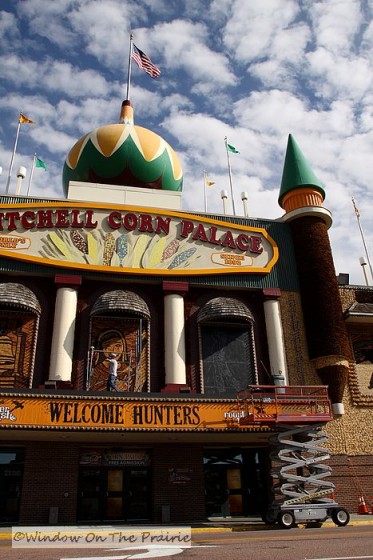 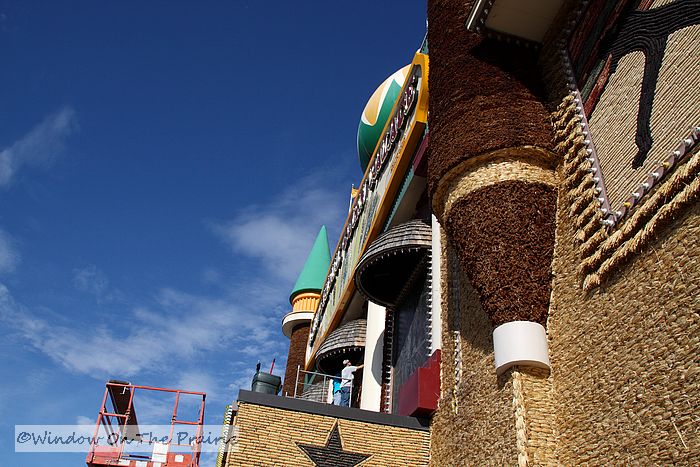 Up close, it’s like paint by number, only it’s staple by number. 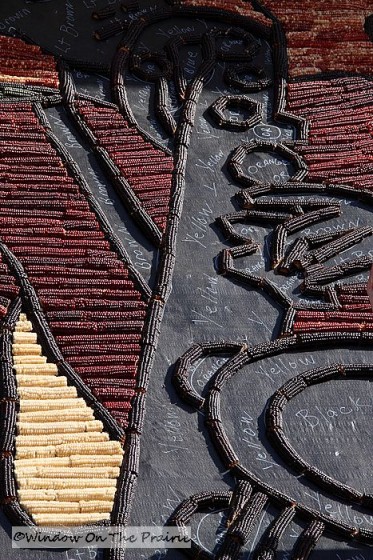 The corn is grown specifically for the corn palace in all-natural colors. 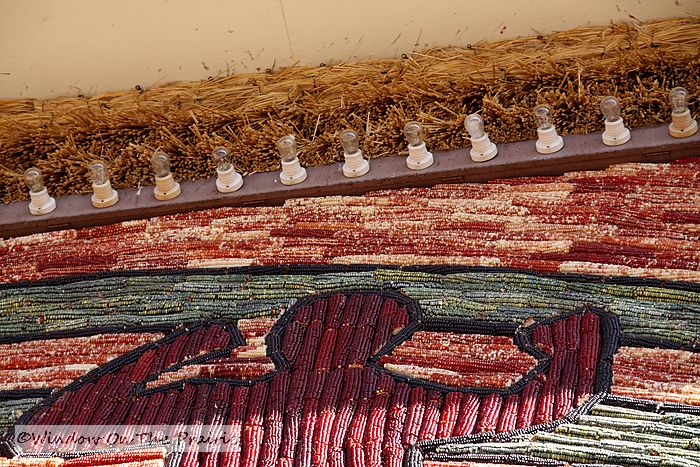 Inside, there is a basketball court, gift shop, and pictures along the walls showing how the corn palace has appeared every year since 1892. 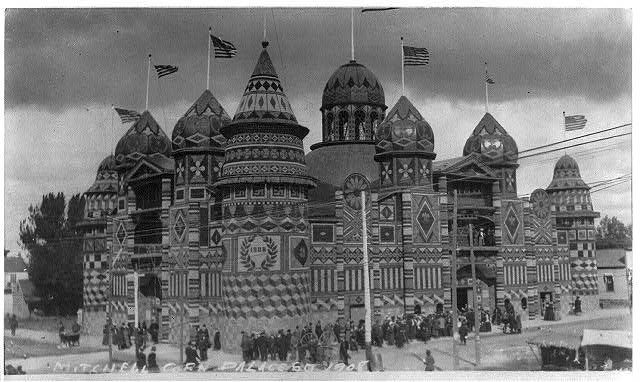 There are also corn murals on the walls of the basketball court. 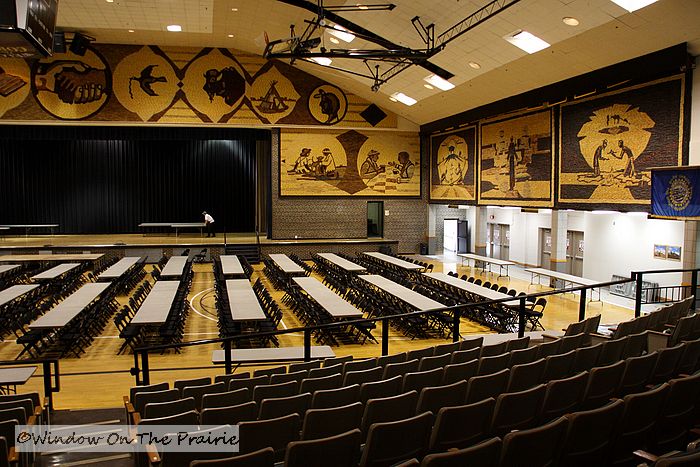 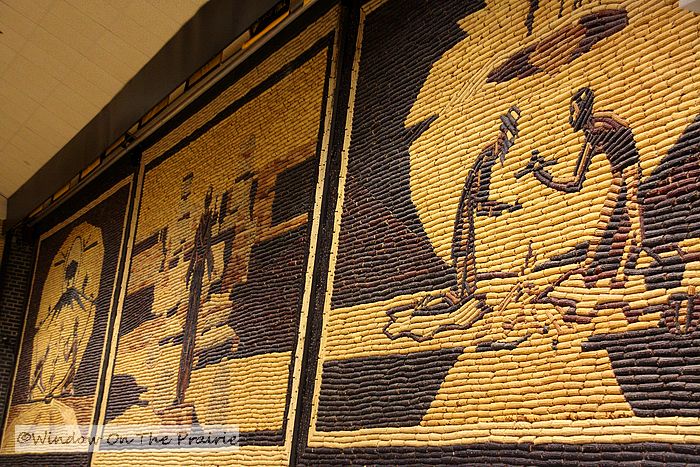 Also on display are drawings that were used as templates for previous year’s murals. 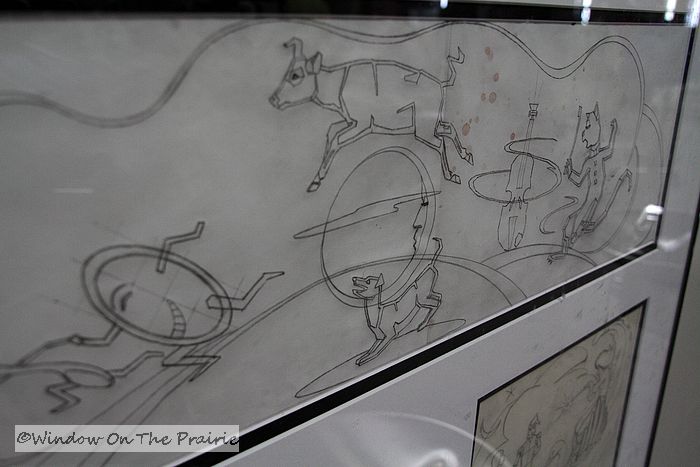 It’s pretty amazing to think of all the effort that has gone into keeping the corn palace going the 119 years since it began. 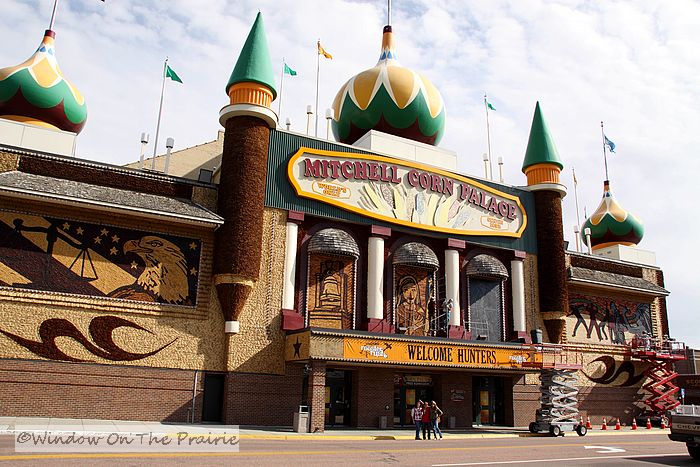 Kudos to the people of Mitchell, South Dakota! May you have many corny years to come.