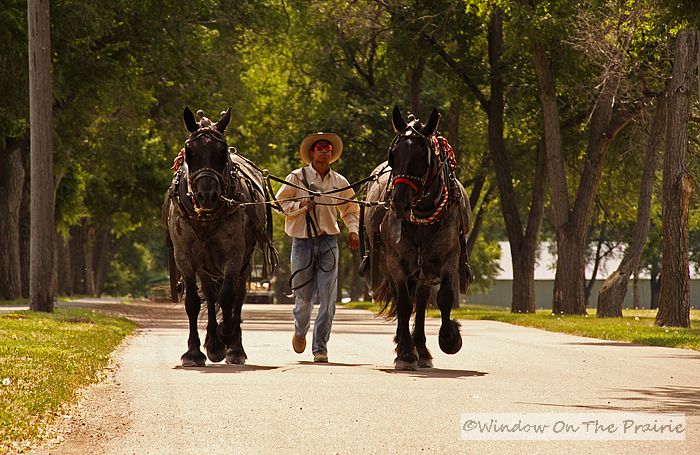 I love horses. When I was a kid, my sisters and I pretended we were horses “trotting” around the house on our hands and knees. When I was in my 20s, I owned a horse for a few years and spent hours brushing and talking to her. Today, I still love horses and when I see them, I just have to stop everything and stare. 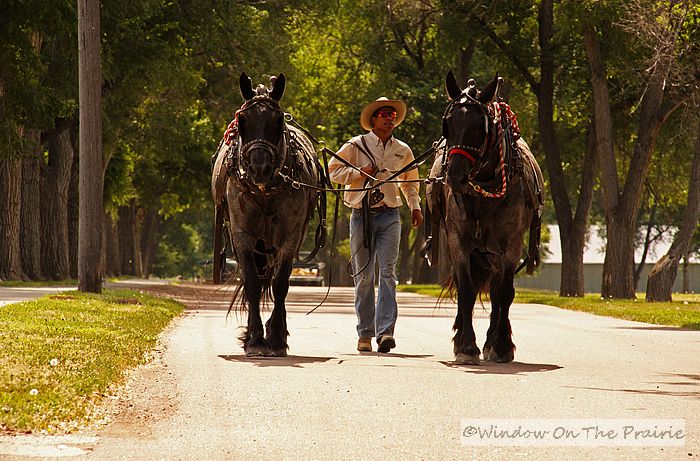 I think they are one of the most beautiful animals and especially love to see them in action:  trotting or running. A few weeks ago when we were visiting Fort Robinson State Park in northwest Nebraska, we were walking back to our car after stopping at the visitor center when we saw a man driving a team of horses down the road heading our direction. 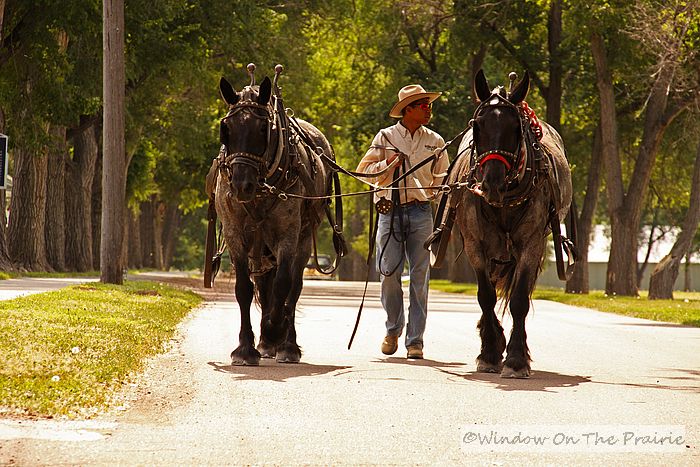 I had my camera with me and so took a few shots of them as they approached a crossroads and stopped for traffic. 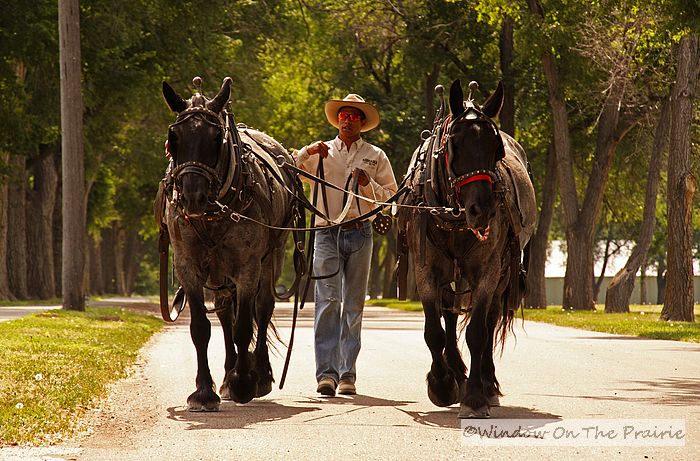 I saw that they were coming our way, so I moved to the edge of the road and crouched down as low as I could. 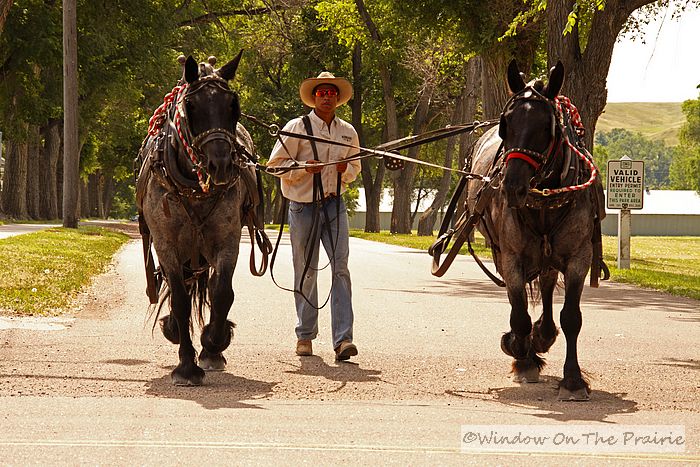 For a more intriguing angle, sometimes it’s better to get down low (lay on the ground if you can) or high (Harland carries a ladder around in his truck, or sometimes we even stand on top of the truck.) I try to get as close as possible to the action without getting in the way or run over. 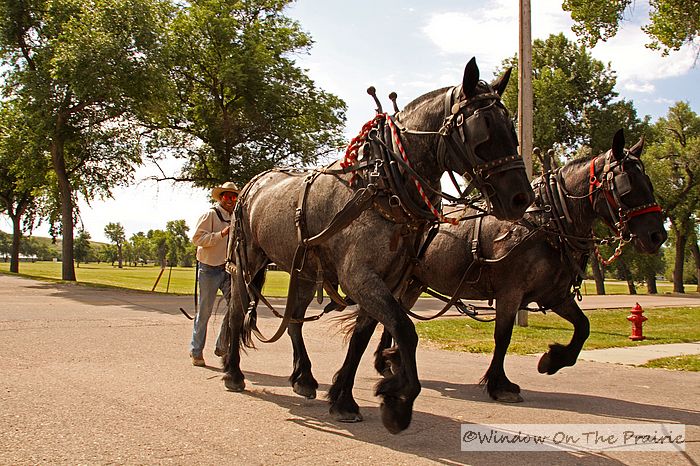 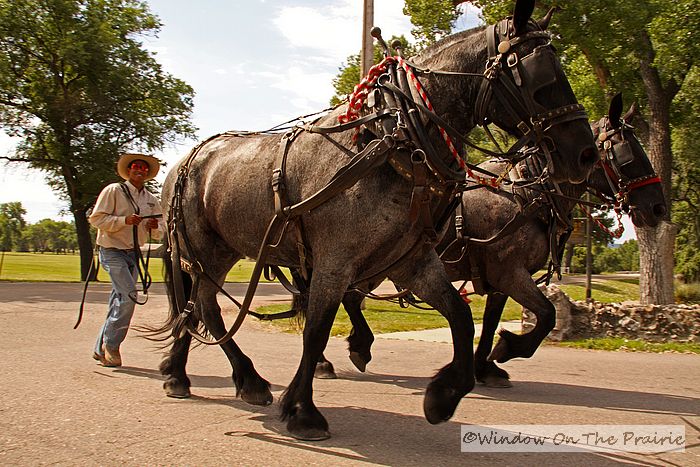 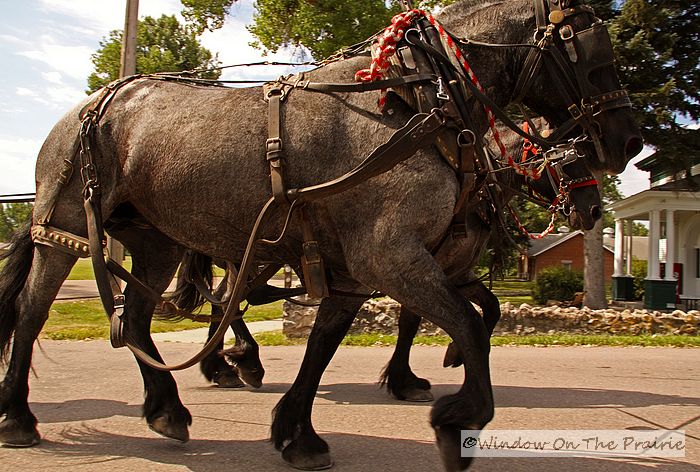 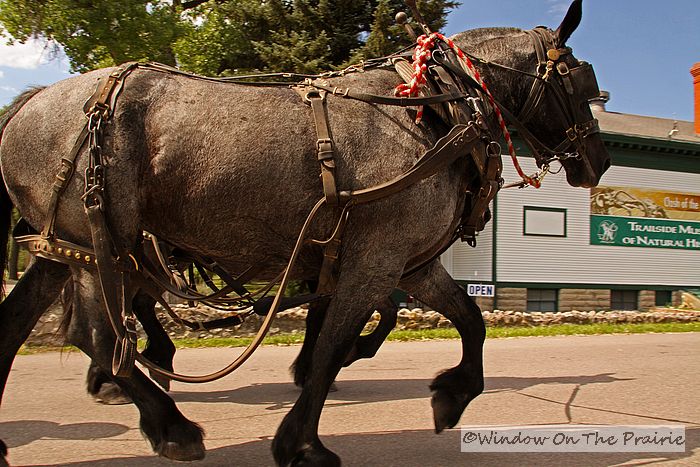 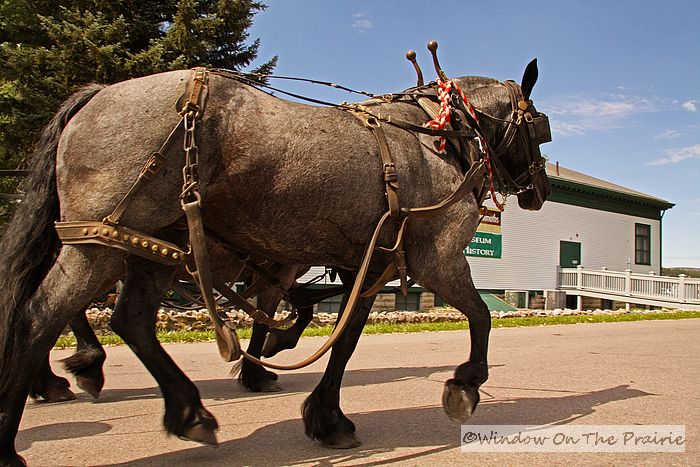 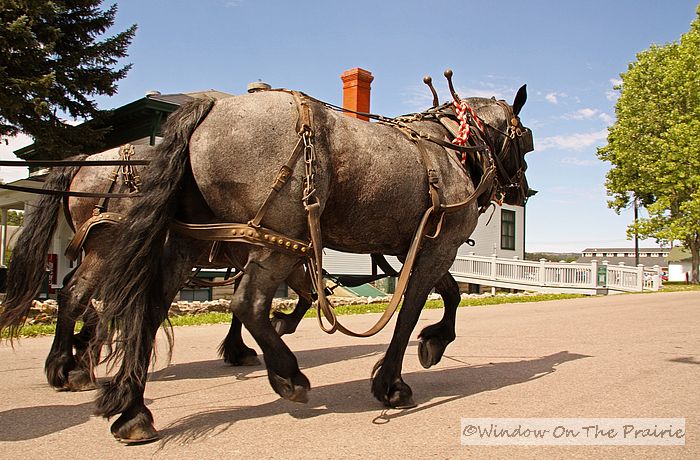 The closeness to the subject and the low angle near the horses legs gives the viewer a feeling of inclusion in the scene. 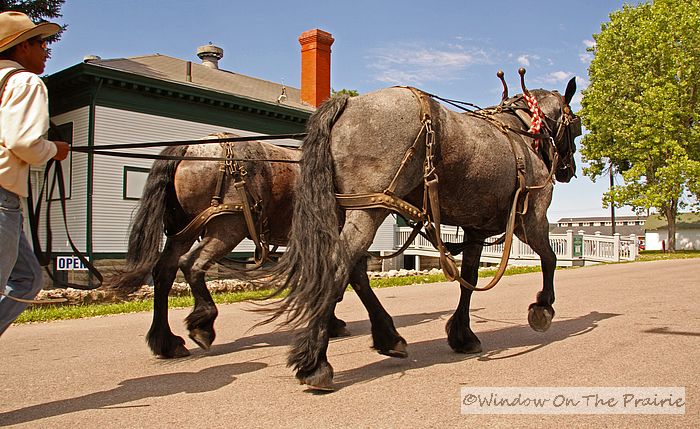 Another tip: take a lot of shots. Years ago, when I was using film, I didn’t take as many pictures. The cost of film and developing was a limiting factor.  But with digital, there is no limit. 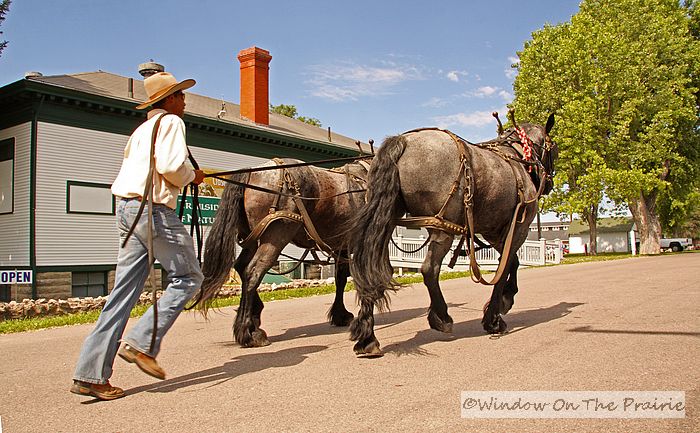 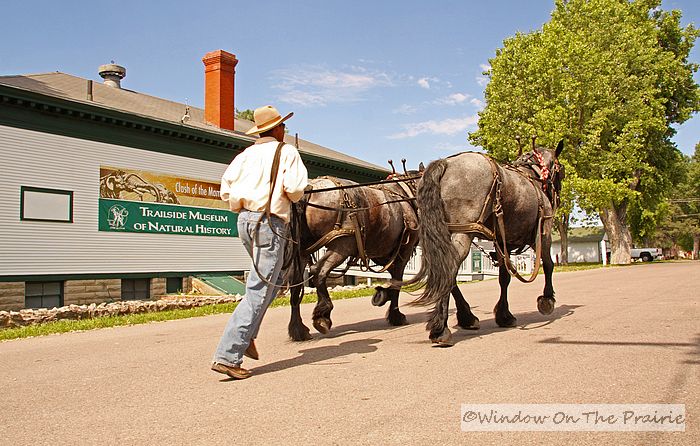 I’ve included all the shots I took of the horse team in this post. If I had taken only 1 or 2, I would have missed some good ones. The more shots you take, the better chance you’ll have of getting some really great ones. If card space or computer memory are limited, delete the bad ones later to free up more space.

So get out there and take tons of pictures. Use different angles, and make your pictures come alive.