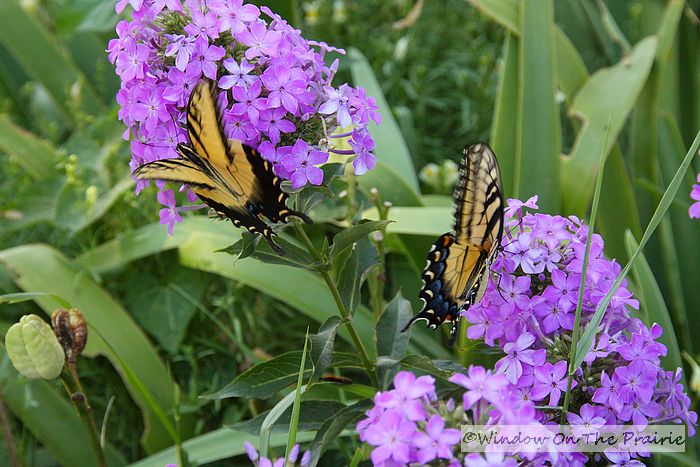 For the last few weeks my phlox have been blooming their little hearts out attracting all kinds of butterflies and moths. There have been a few of these giant yellow butterflies, but when I’ve tried to get their portrait, they’ve quickly left the buffet and gone off to other gardens not harassed by strange women with cameras.  But last night when I got home from work, there were 4 or 5 of these guys feasting on phlox nectar. 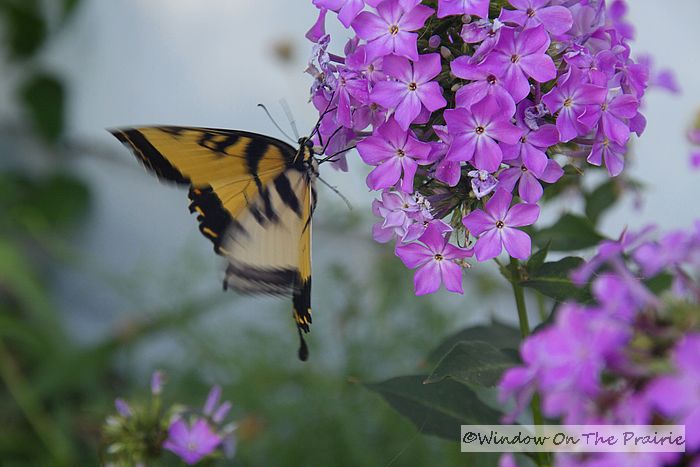 It was a feeding frenzy and they were so occupied with scarfing down their suppers, they didn’t pay much attention to me. 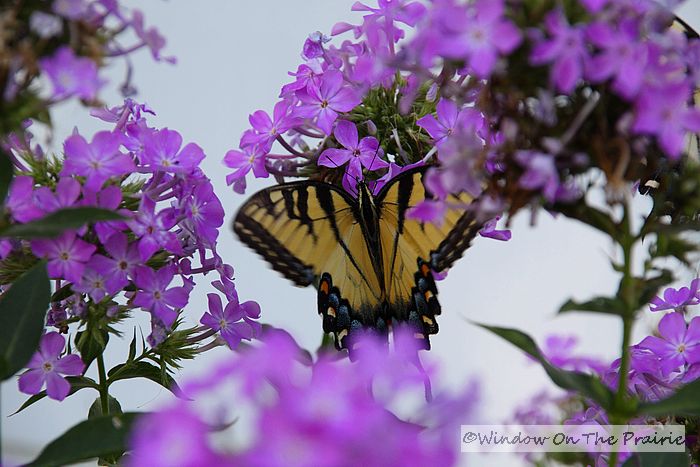 I’ve always called them yellow swallowtails, but their proper name is the Eastern Tiger Swallowtail.  They range over the eastern half of the United States and are quite large having wingspans that range from 3 to 5 inches across. The males are smaller than the females and are yellow with small blue spots on the lower wings. 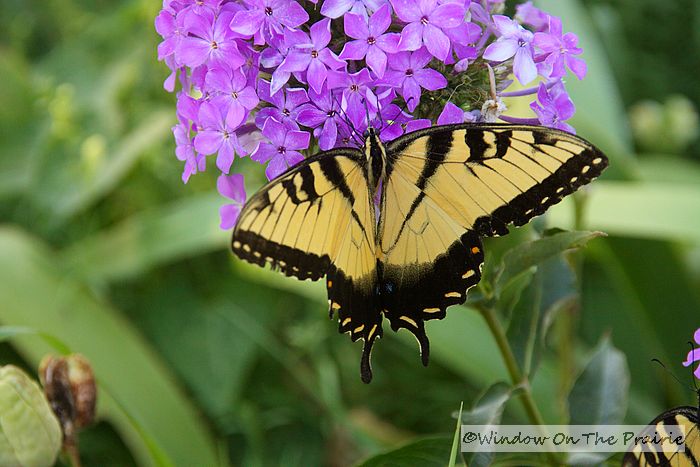 The females are yellow with larger blue spots. 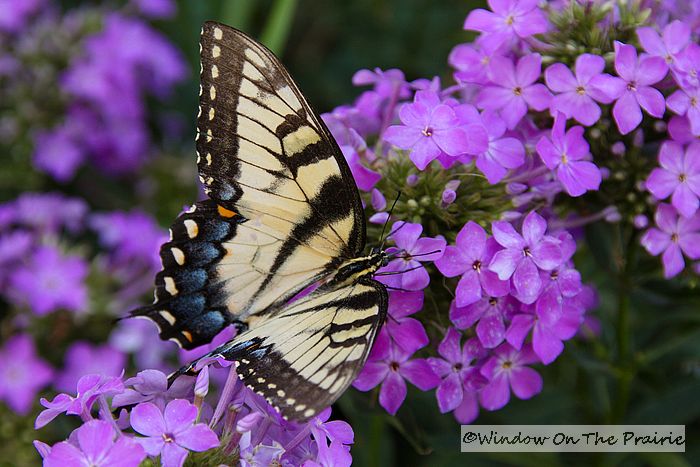 Females can also have all-black wings, and sometimes even yellow wings on on one side of their bodies and black wings on the other side.

When males and females decide to start a family, the males will hang around plants that their young will eat as larva. When a female arrives, the male releases a perfume-like scent to attract her. After mating the female lays small eggs, which hatch into caterpillars that resemble bird droppings, a defense against predators. The caterpillars also defend themselves by releasing a foul odor when threatened. 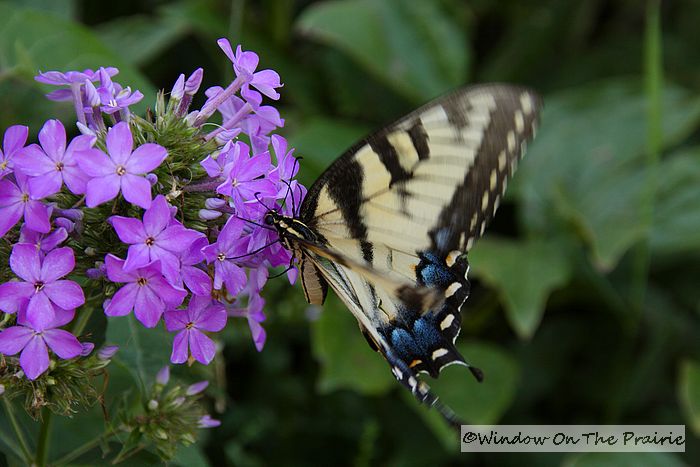 When not eating, a caterpillar will make a home for itself to rest in by folding a leaf in half over the top of itself and securing it with silk. When the caterpillar gets a little older, it has spots that resemble eyes on the back of its large head making it look like a small snake. Later the caterpillar transforms into a mottled brown chrysalis or pupa. A few weeks later, a mature Eastern Tiger Swallowtail butterfly emerges.

Next to the monarch butterfly, swallowtails have always been my favorite. 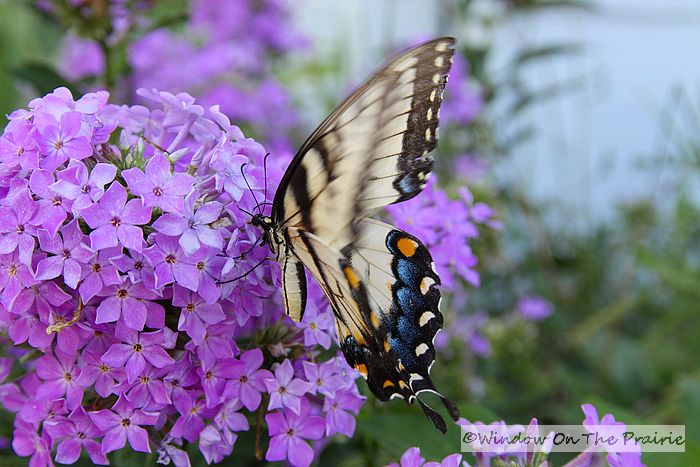 What is your favorite butterfly?