Hey, I know we’ve been driving for a long time, but how did we end up at Stonehenge in the United Kingdom? 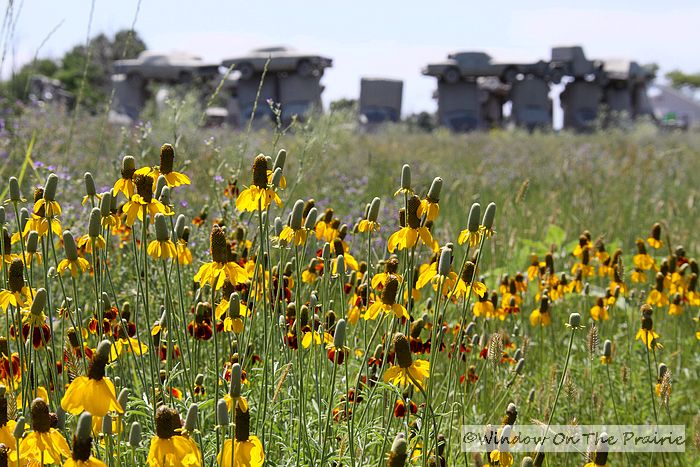 Oh, wait, this isn’t Stonehenge. For one thing it’s about a 100 degrees here, and those look like cars, not stones. What gives?

Carhenge rises above the prairie near the small town of Alliance in western Nebraska. Constructed in 1987 by Jim Reinders and 35 members of his family as a memorial to Jim’s father, it was built with vintage American cars, instead of using large stones like at Stonehenge. 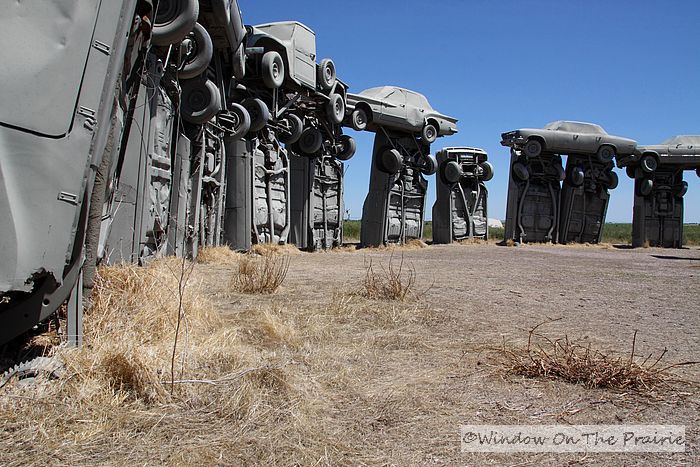 The cars were placed in a circle 95 feet in diameter to assume the same proportions as at Stonehenge with some of the cars buried trunk down and others welded atop upright cars to form arches. 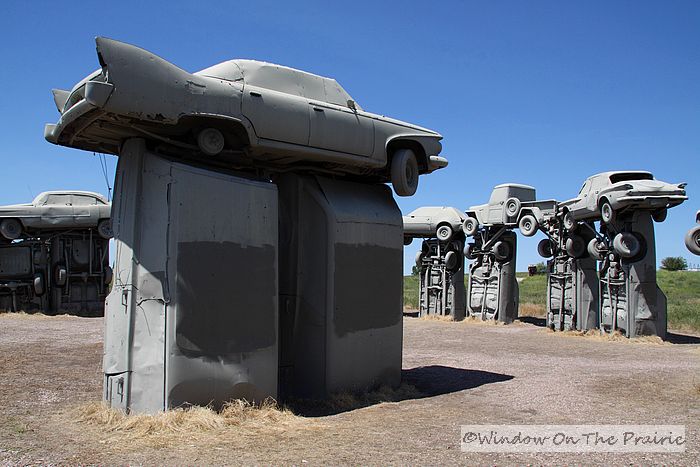 All 38 stones found at Stonehenge are represented by 38 automobiles at Carhenge. The cars were painted gray to match the color of stone. 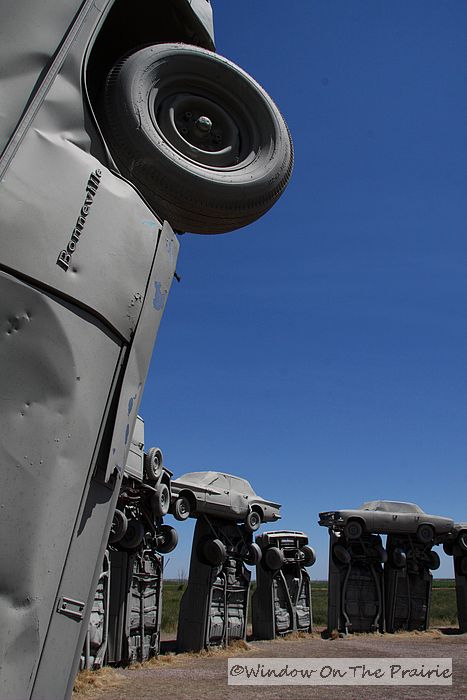 A visitor center was added in 2006 to serve the many tourists from around the world.

On a recent trip through western Nebraska, we stopped and wandered around the cars marveling that they came up with this idea, and then actually carried it out. 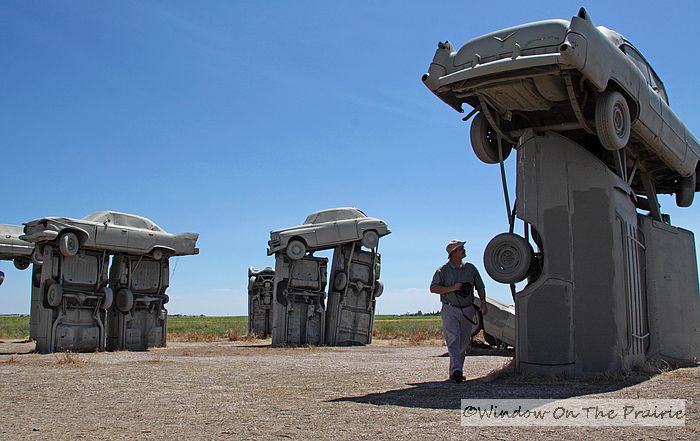 The windows were replaced or covered with sheets of metal and the doors welded shut to prevent any damage to the cars. 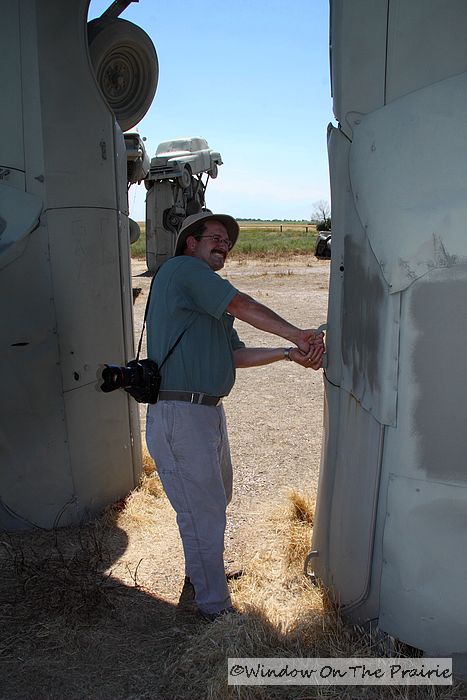 No, Harland, you can’t go for a drive.  Geez, I can’t take you anywhere. 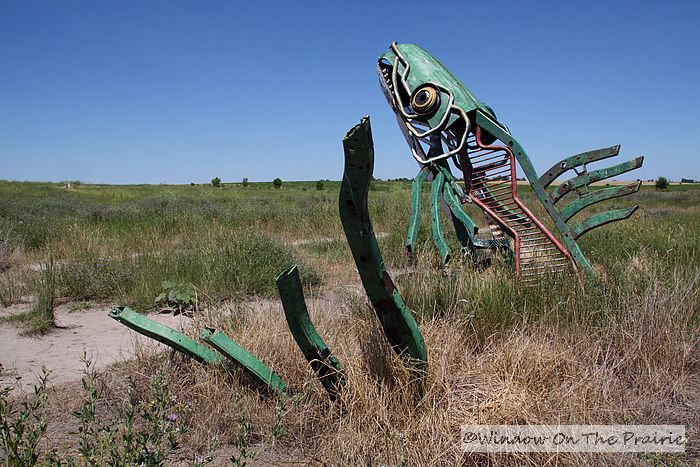 and a tyrannosaurus rex. 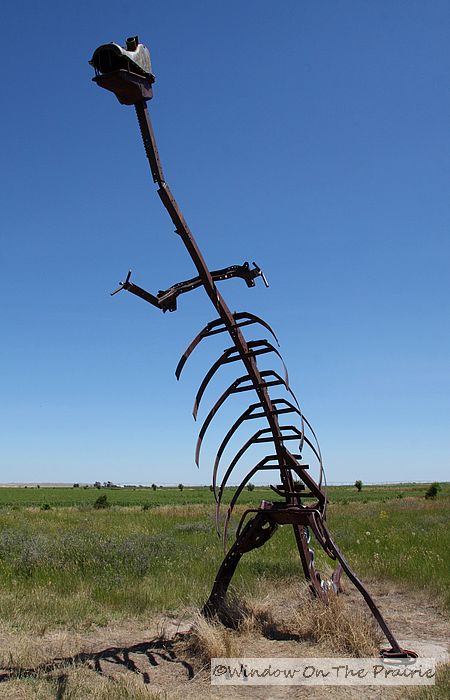 So if you find yourself in western Nebraska with an hour or so to spare, stop and walk around for a while or sit down and rest in the shade. 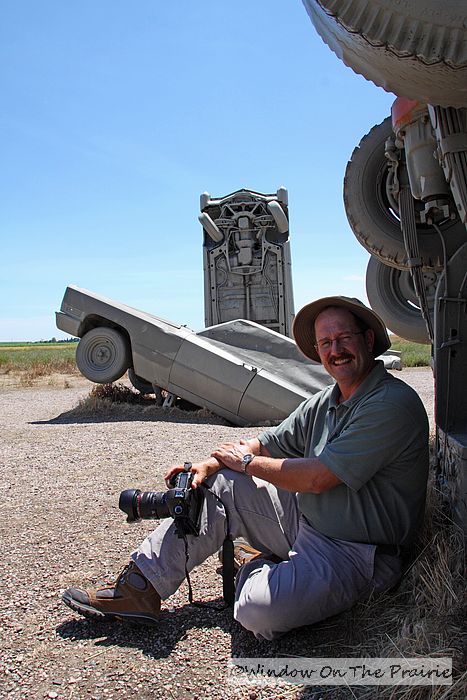 At Stonehenge, no visitors are allowed to walk among or touch the stones, but at Carhenge, you can walk around and between the cars and sit down for a spell.

After all, this is the American midwest, and we’re a little more relaxed and easy-going here.

For more information about Carhenge, you may visit their website here.