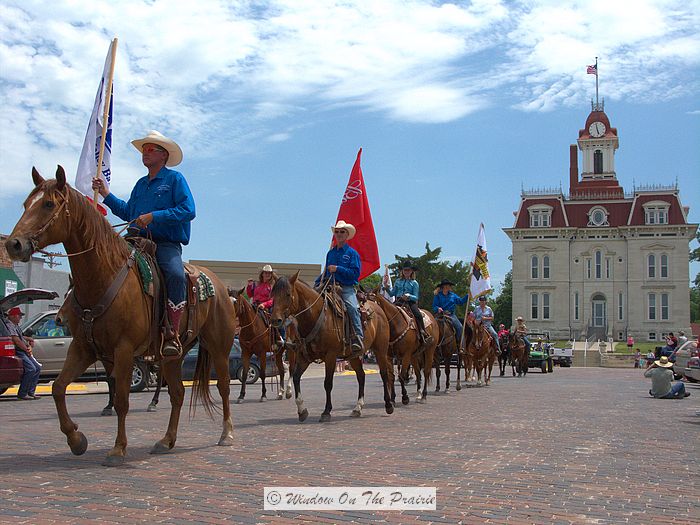 Every June, in conjunction with the rodeo in Strong City, Kansas, a rodeo parade is held. It starts in the neighboring town of Cottonwood Falls, and winds its way along a 2 mile route through town, down the highway, and then through Strong City finishing at the rodeo grounds.  Starting in 1937, the rodeo is the oldest consecutive rodeo in Kansas.  Harland and I have attended the parade several times. It’s especially neat to photograph due to the beautiful courthouse in Cottonwood Falls.  Built in 1873 of native limestone, it is the oldest operating courthouse in Kansas, and one of the oldest West of the Mississippi.

The parade is not a big city parade – there are no marching bands or elaborate floats, but there are horses, 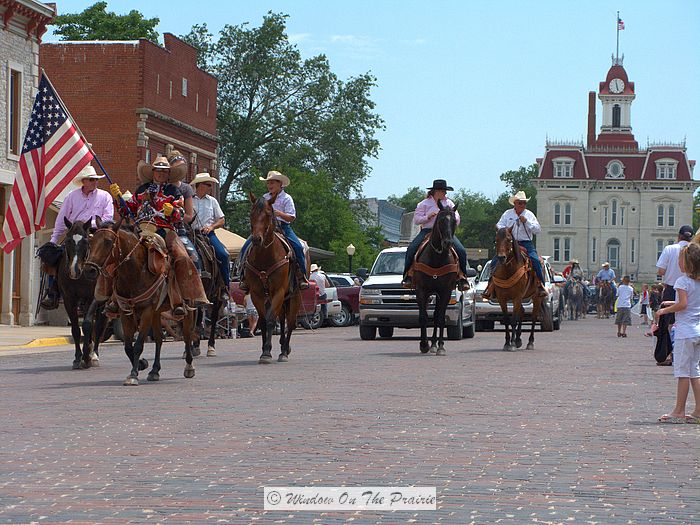 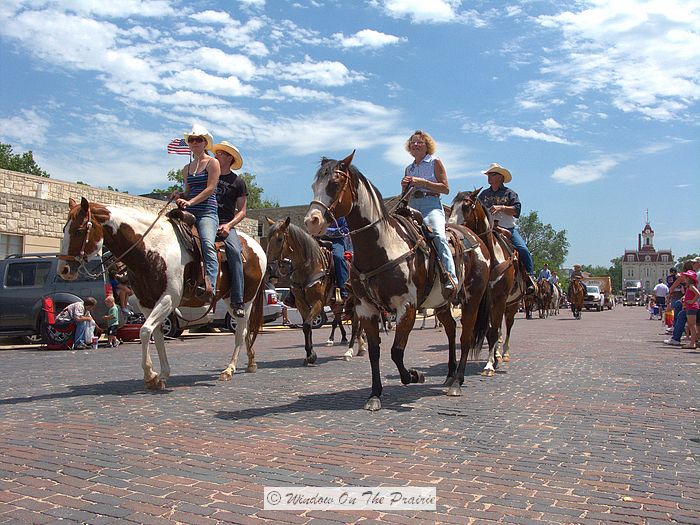 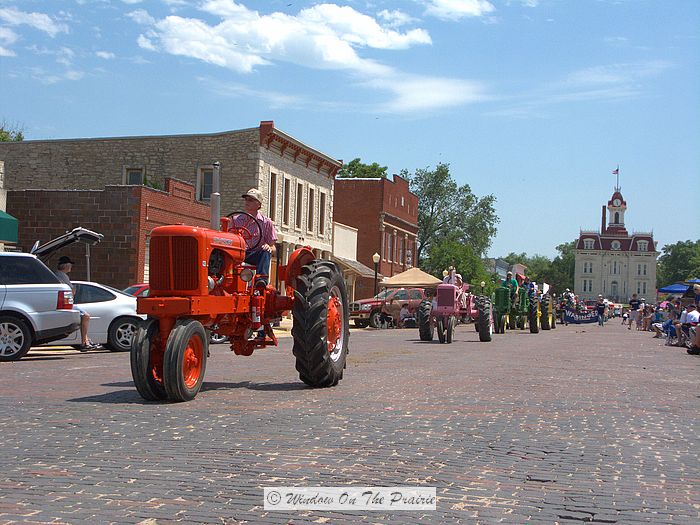 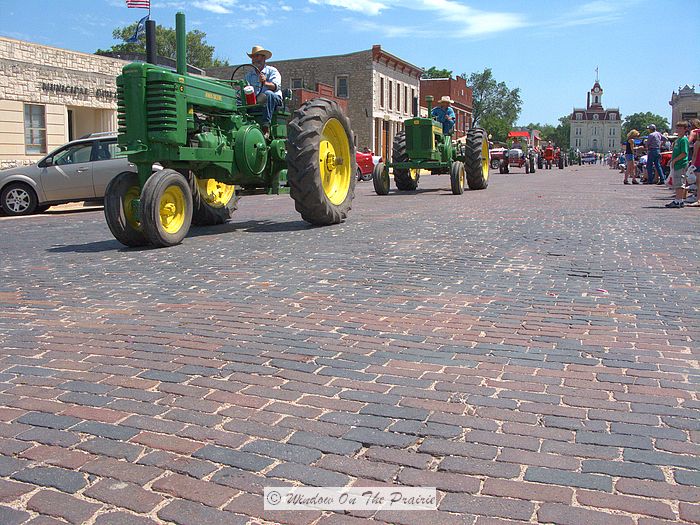 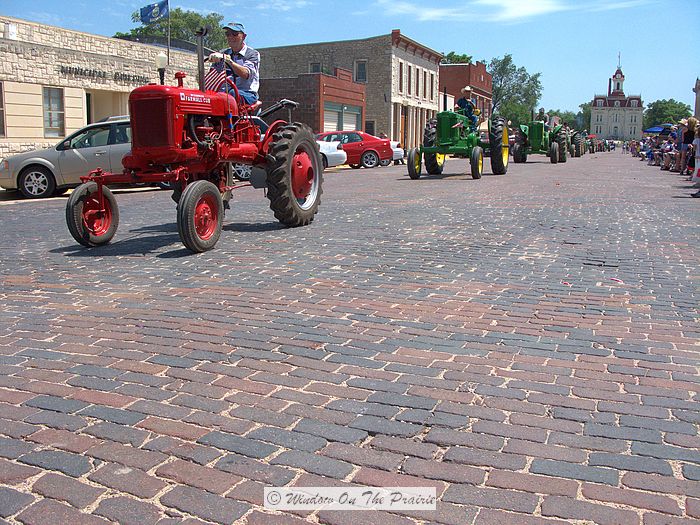 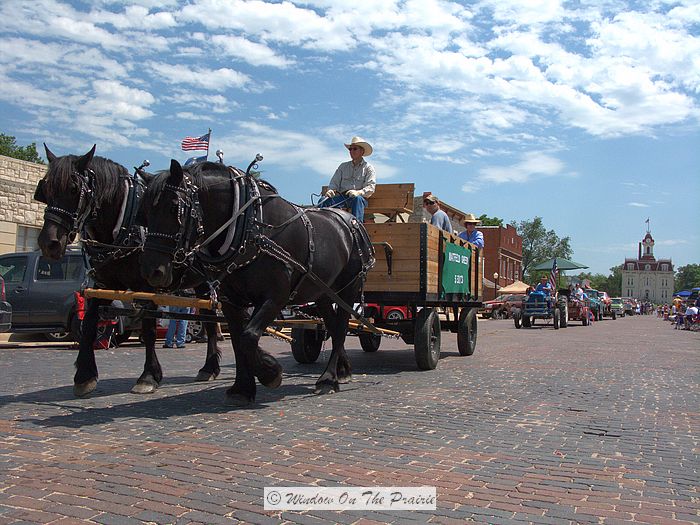 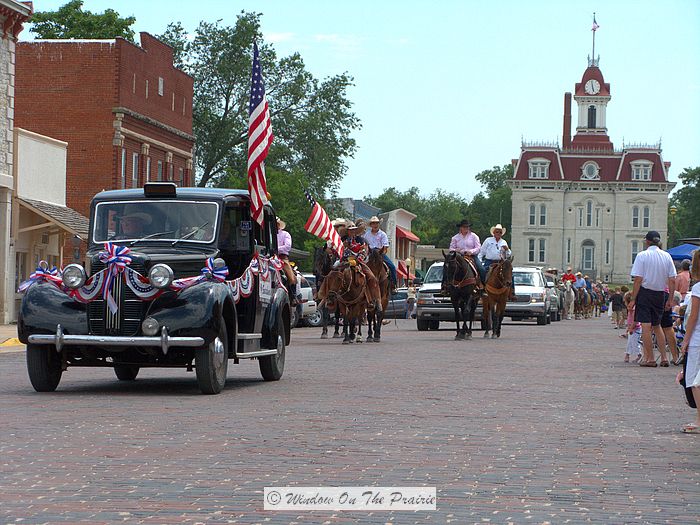 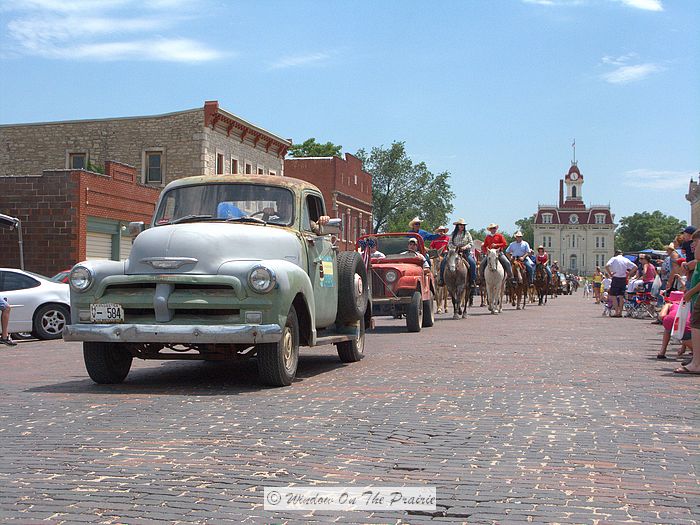 horses with their young, 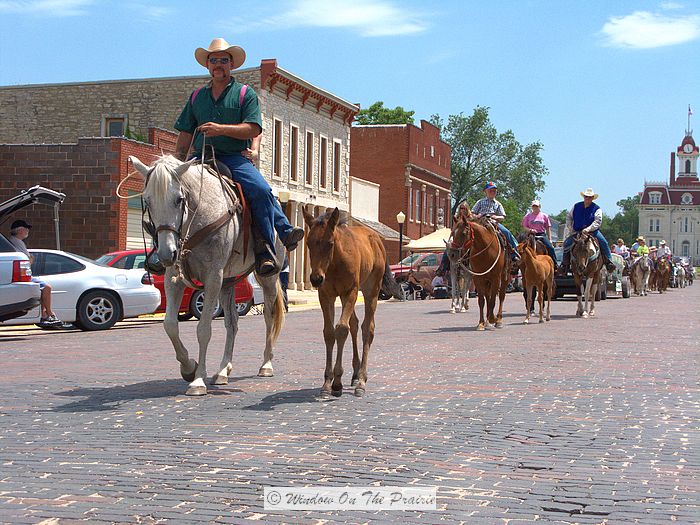 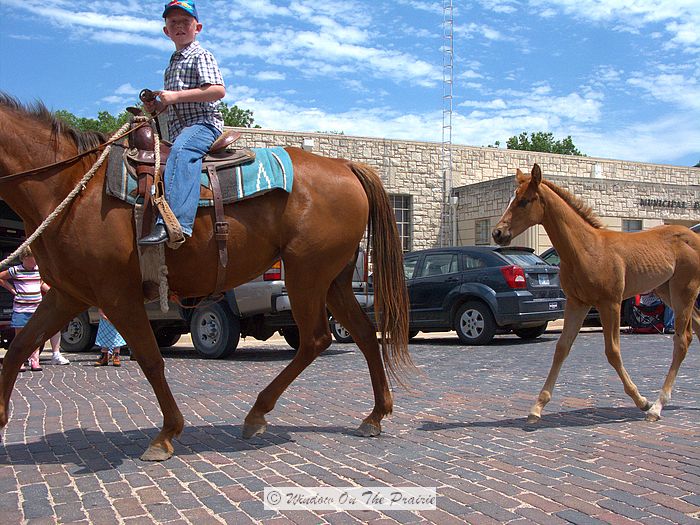 humans with their young, 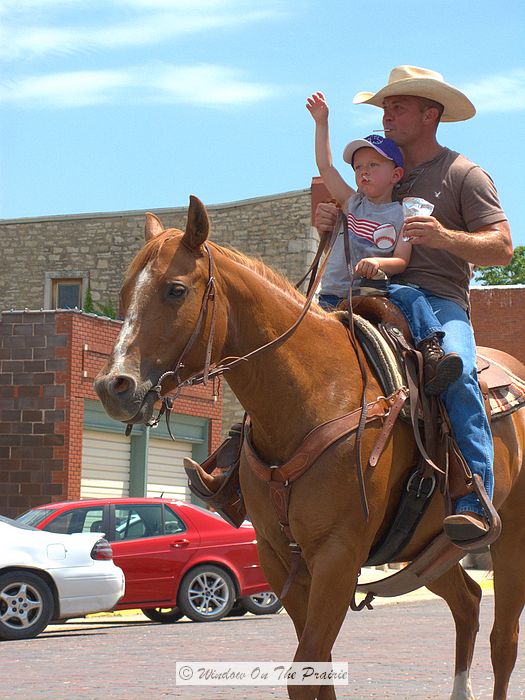 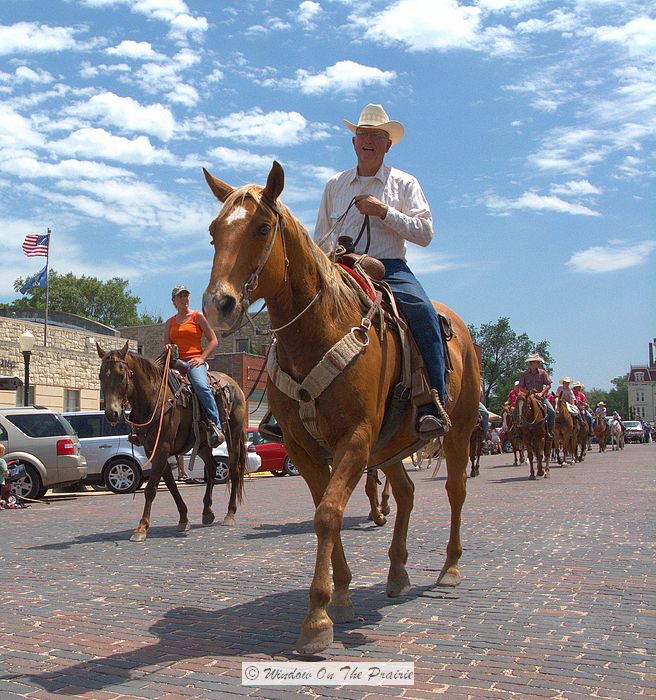 After all, it’s a rodeo parade, and this is ranch country.

There was also a donkey, 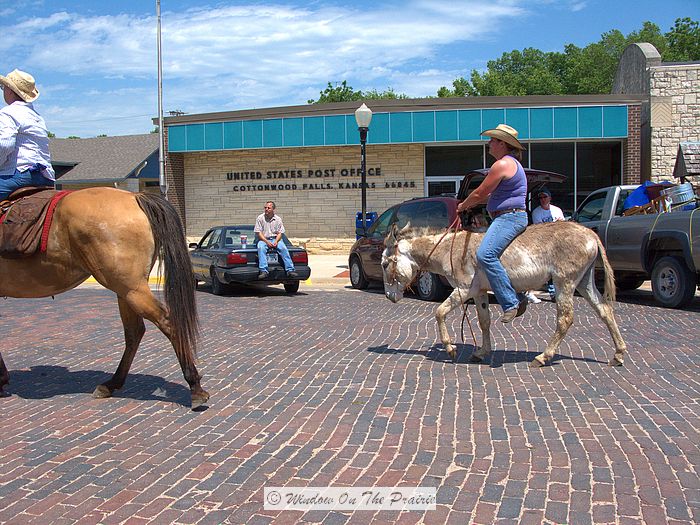 and the remains of an old car. 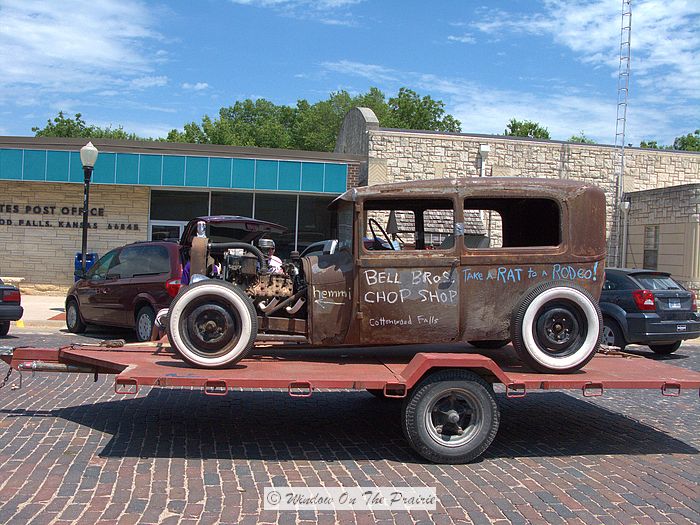 So we took pics of the parade, and then went a few miles out of town to the Tallgrass Prairie National Preserve to see the wildflowers and the buffalo herd, but that’s a post for tomorrow.