On June 2, 1856, a battle occurred near the small Kansas town of Black Jack between pro-slavery and anti-slavery forces.  Though the battle preceded the actual start of the Civil War five years later, it is considered by some historians to be the 1st true battle of the war.

On Saturday, Harland and I attended the 1st ever reenactment of the Battle of Black Jack, held on the actual battleground. The battleground and surrounding 43 acres was purchased in 2003 to prevent it from being developed, and to preserve it as an historic site.

There were vendors in period dress on hand near the battlefield, and visitors were welcome to visit the camps of the reenactors. First, I visited the vendors.

This is Bill Soetaert of New Salem Broom Works. 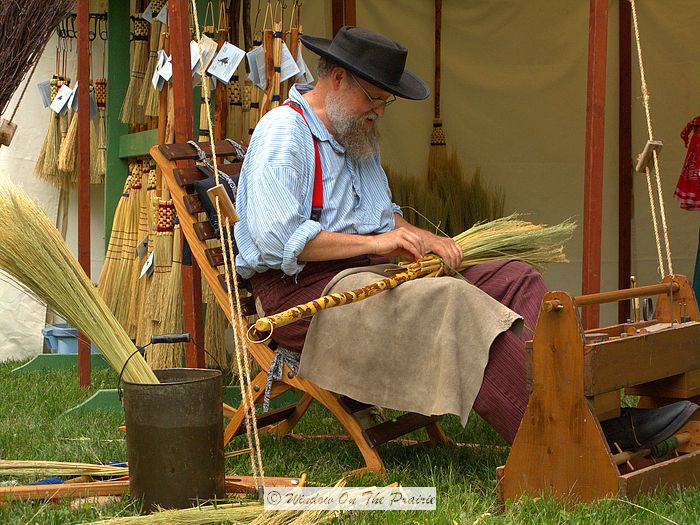 He makes vintage brooms by hand.  The broom’s tags state that every broom has been test flown by Bill’s wife, and has the good flying seal of approval. Bill can be reached at broomsbesoms@comcast.net. 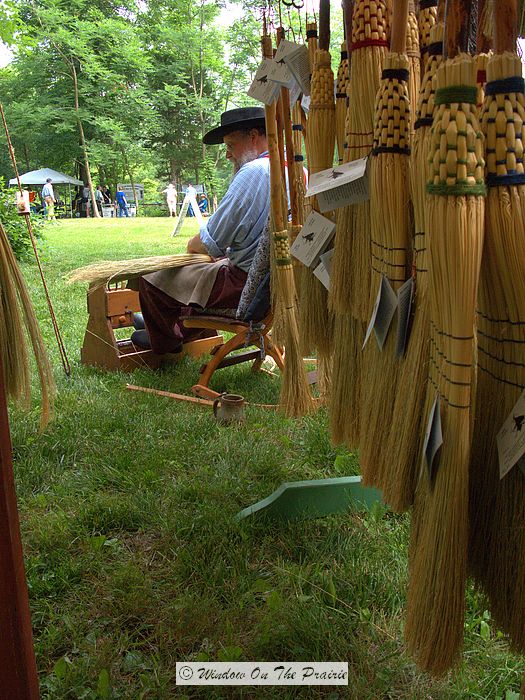 This is Robbie Wisdom of Robbie Baskets. 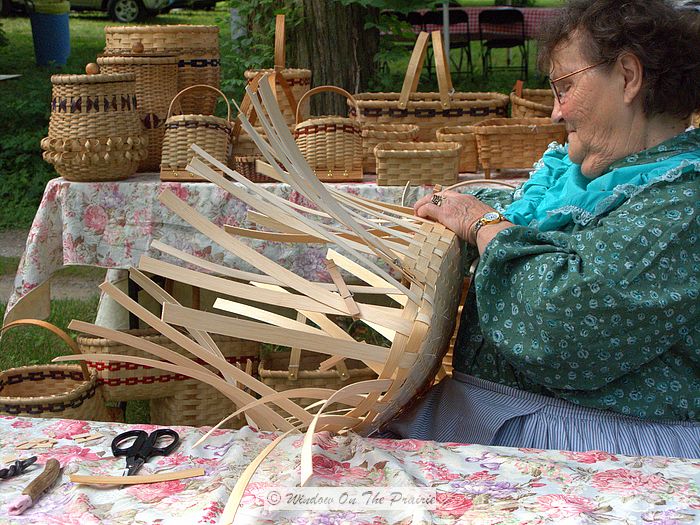 She has been making reed baskets by hand for 20 years in many different sizes and shapes. Robbie can be reached at wisdombaskets@yahoo.com. 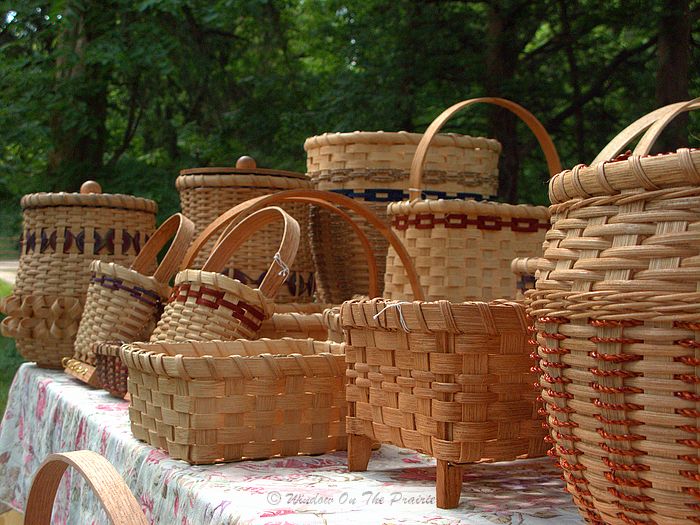 These 2 ladies in period dress were just passing the time. I don’t think they were vendors, but I loved photographing them in their handmade dresses. 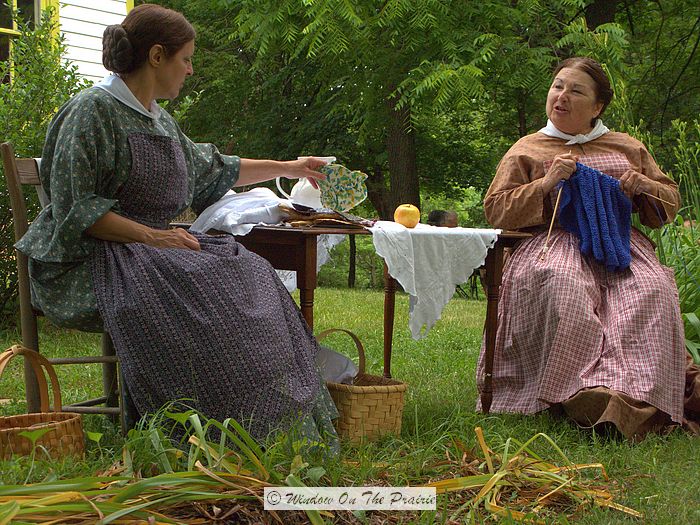 Next, I paid a visit to the reenactor’s camps. This period wagon with a few belongings was parked in the shade of the trees. 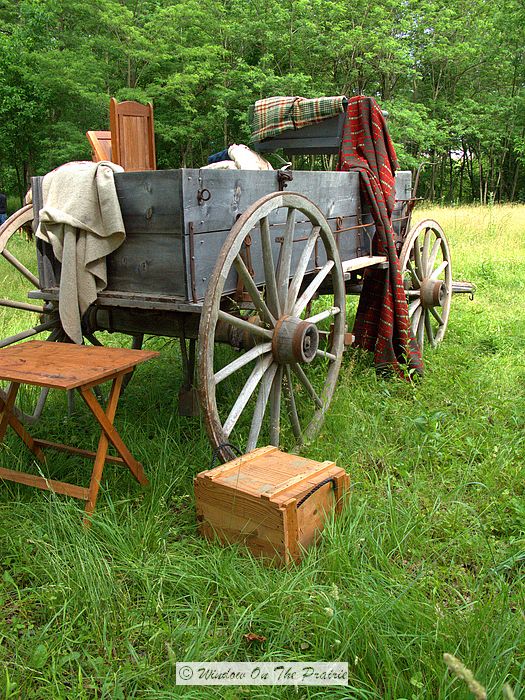 The reenactor’s camps were in the trees also, escaping the heat of the day. 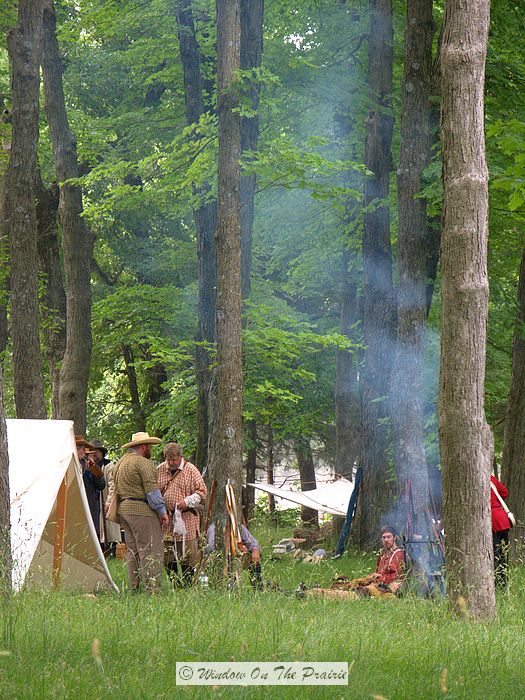 They had camped out the night before, and were now just passing the time in each other’s company. 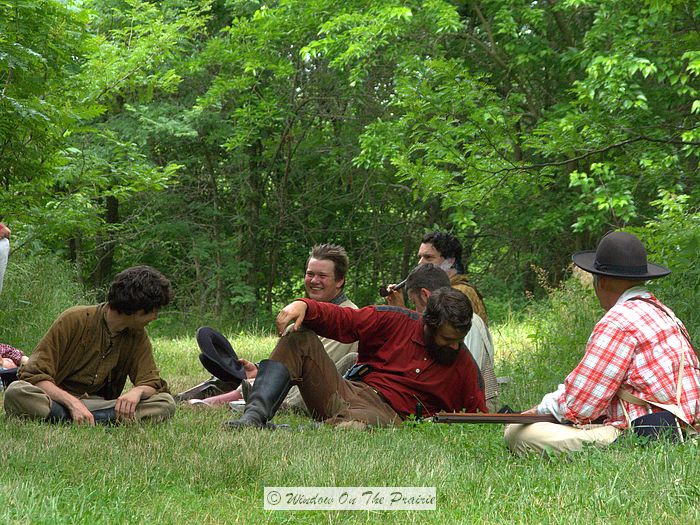 They must have their pictures taken often, because they didn’t seem to notice me, and behaved as if I wasn’t there. 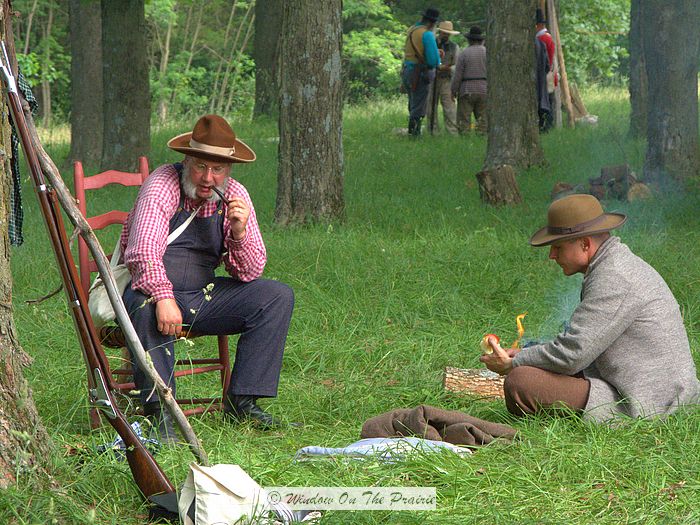 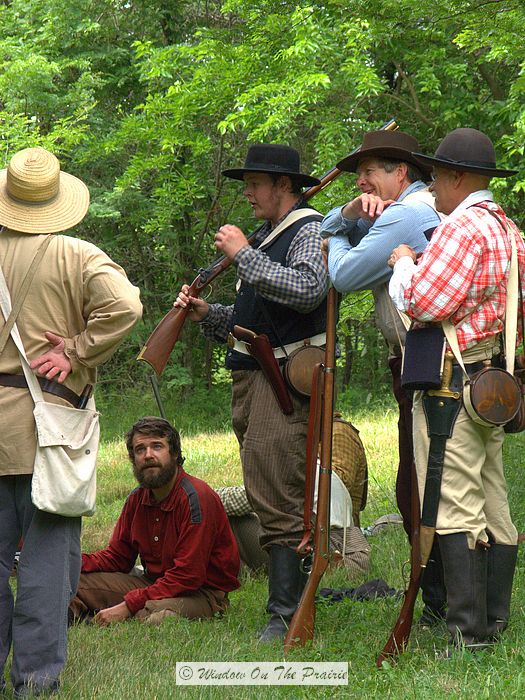 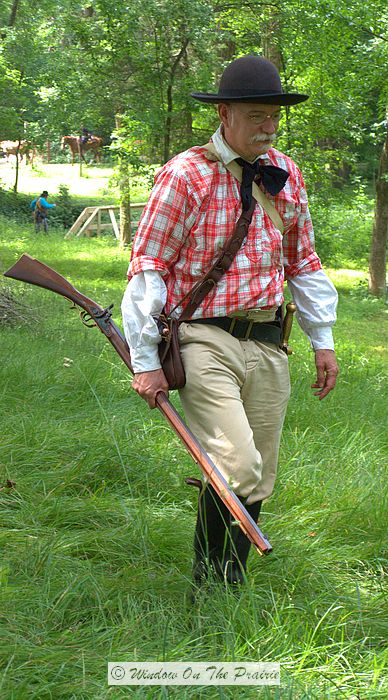 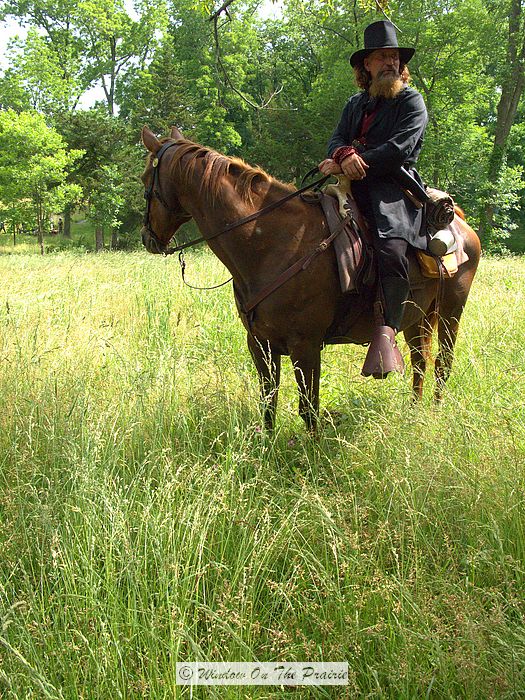 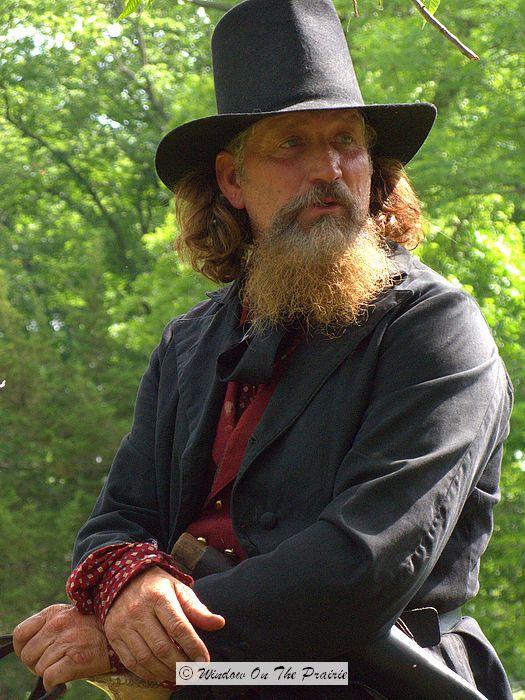 Next, Henry Pate and John Brown met on the field to discuss the events that led up to this day, a somewhat  heated conversation. 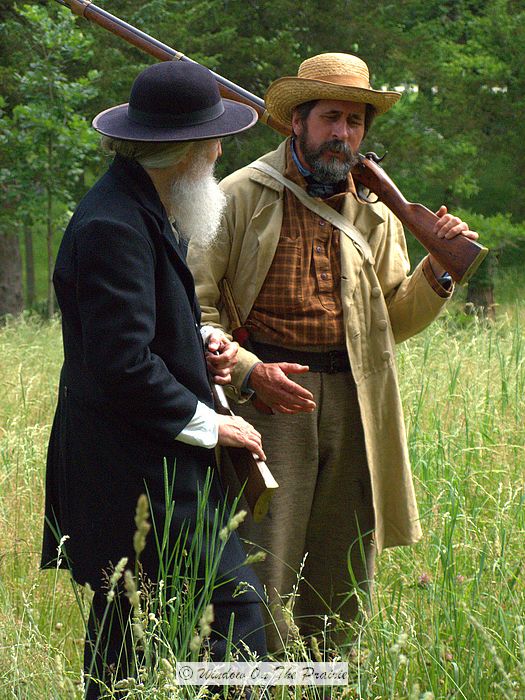 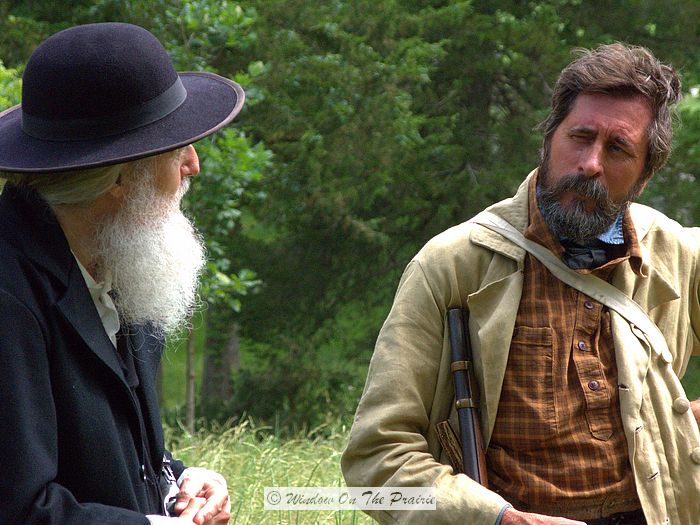 Brown and Pate left the field, their disagreement unresolved, and the battle then started. The battlefield was a hill in front of us, and Brown and Pate held a position on either side of the hill on the edge of a wood. For a time they took shots at each other from the trees. (Unfortunately, my camera doesn’t have a lens that would have allowed me to get good shots of them- they were too far away)

Finally, part of Browns forces emerged from the trees to our right, 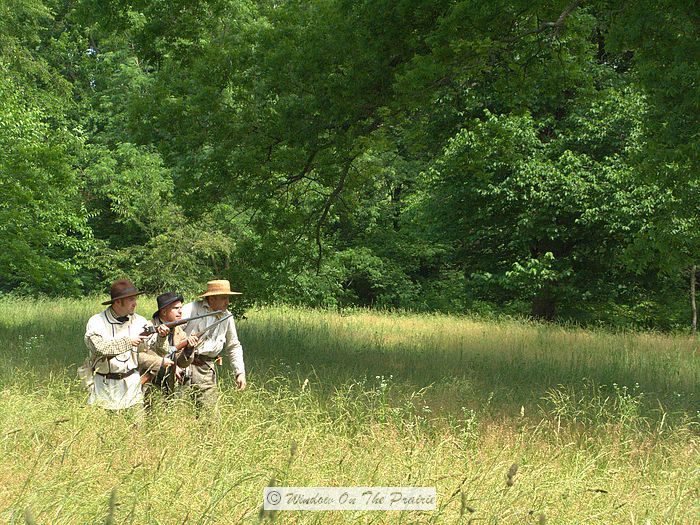 and fired a clear shot at Pate’s forces, 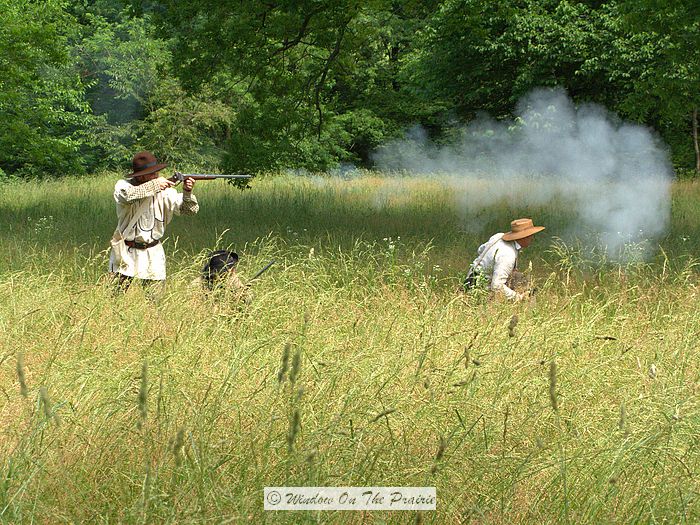 wounding one of Pate’s men. A white flag of surrender was raised on Pate’s side, and Brown’s men moved forward to capture Pate and his men. 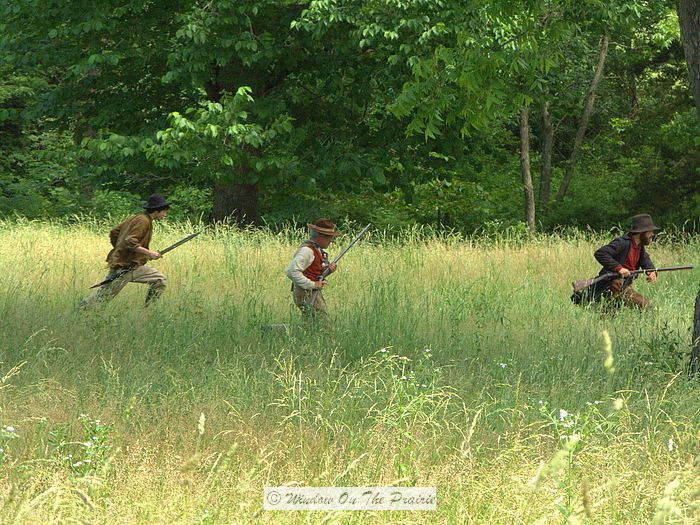 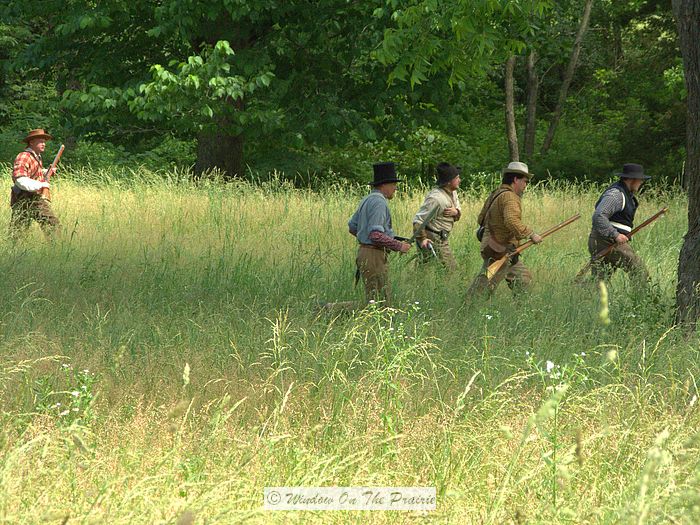 While terms of surrender were discussed at the edge of the woods, John Brown emerged from the trees, 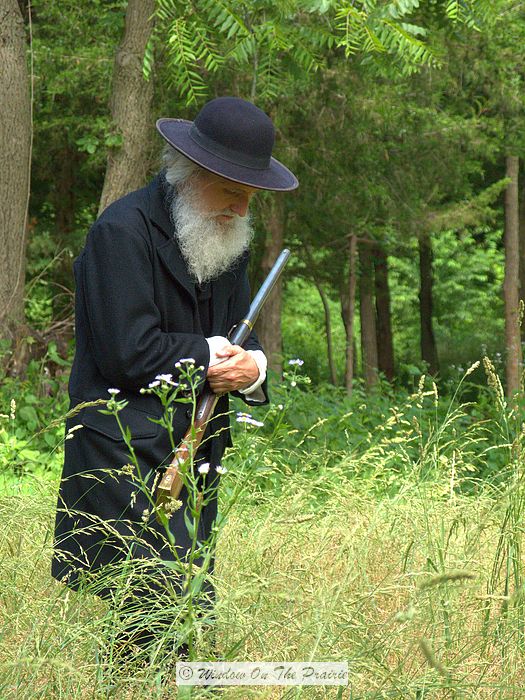 and related the outcome of the surrender, 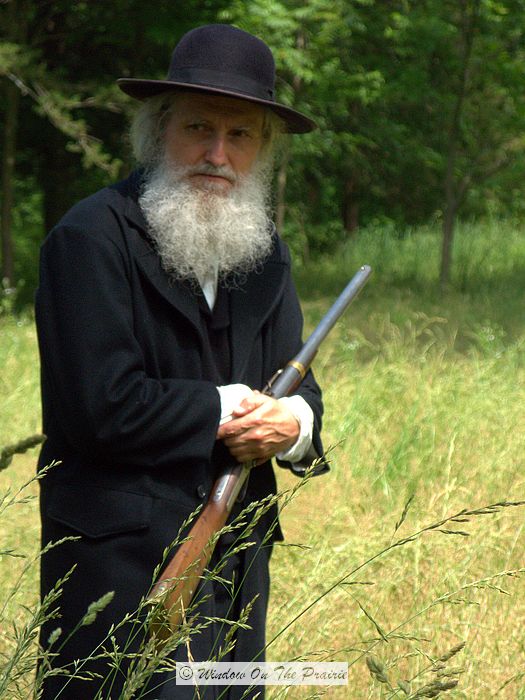 how he was able to win his sons back and release Pate’s men, 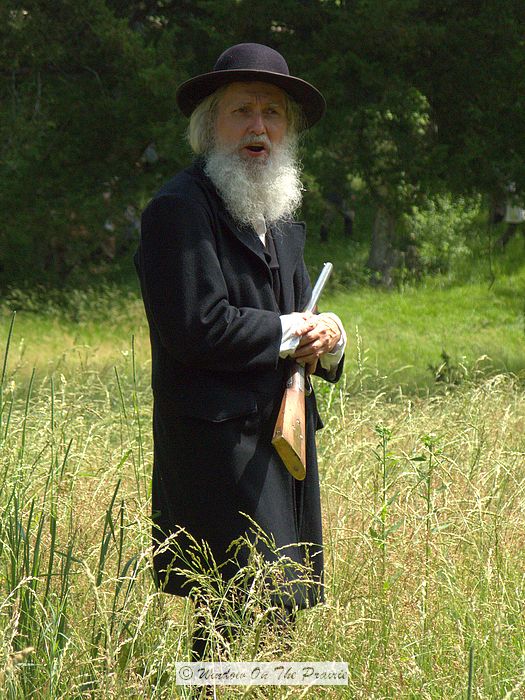 and how years later this battle would be considered to be the first in a long war between the North and South.

Harland and I came away with a better knowledge of the issues that led to the war, and of this time in our nation’s history.