Canada Geese On A Frozen Lake 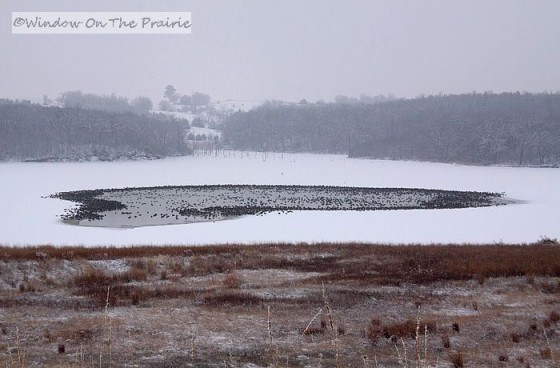 Not too far from where we live is a small lake by the name of Pony Creek Lake. Every winter when it freezes over, there is one small area in the center that doesn’t ever seem to freeze. Possibly there is a spring that wells up and keeps the water open. At any rate, this open area of water attracts passing flocks of migratory birds. Sunday morning, there was a large flock of Canada Geese resting there. Harland and I got our longest camera lenses, I got in the back seat of the truck, Harland in the front, and we drove slowly down to the edge of the lake to take pics. Harland parked the truck sideways to the lake, and we poked our lenses out the window. 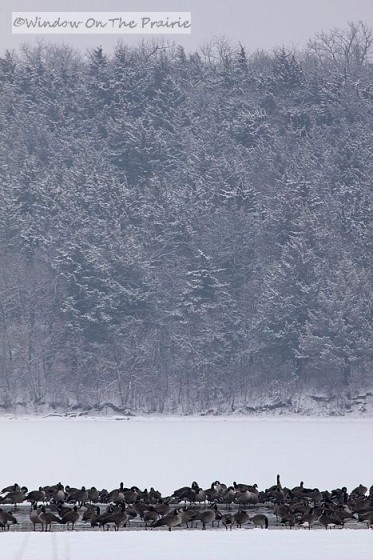 They paid little attention to us and continued what they were doing which is sleeping, preening, and bathing.  Also they chatter away constantly. Honk honk honk honk honk.  All several hundred of them.

It’s a wonder they don’t all go deaf for the noise they make, but I’m sure all the talking means something to them.

Occasionally some of them would take a notion to fly away to feed.

Below is a series of pics where a group took off and flew away. They have to get a run before they lift off.

They go out into the surrounding farm fields to eat seeds and grain leftover from harvest.

We saw a group come back from feeding and rejoin the flock. 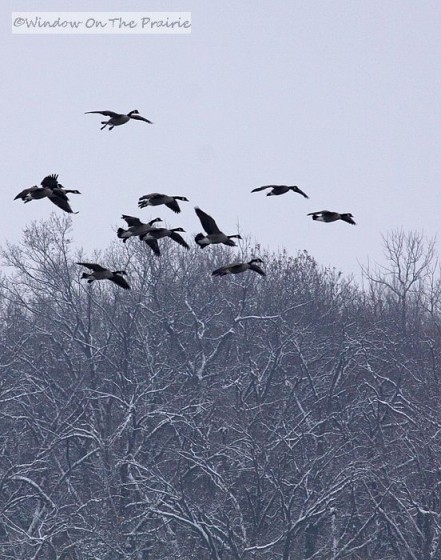 At one point I noticed a coyote come out of the trees and trot along the edge of the lake. He was limping pretty badly from an injury to his front foot, and he was pretty gaunt. 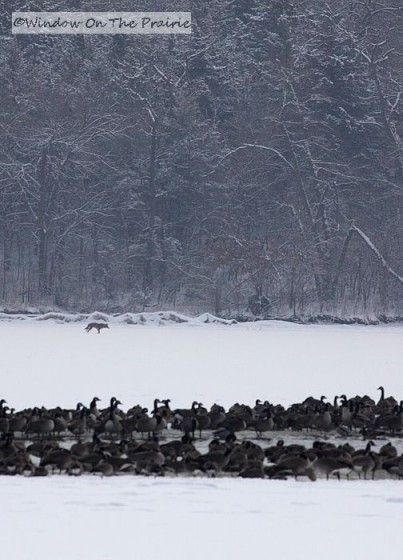 It must of been torture for him to see all the bounty before him and not be able to catch any of them. Even if the ice was thick enough for him to get to the geese, he wouldn’t stand a chance of getting one with his injury. I felt so bad for him.  He limped along the lake edge and finally disappeared back into the trees. Unless his injury heals quickly, he stands little chance of surviving long in this cold.

Suddenly, all the geese fell silent at once, like someone flipped a switch, and at least one goose peered skyward, 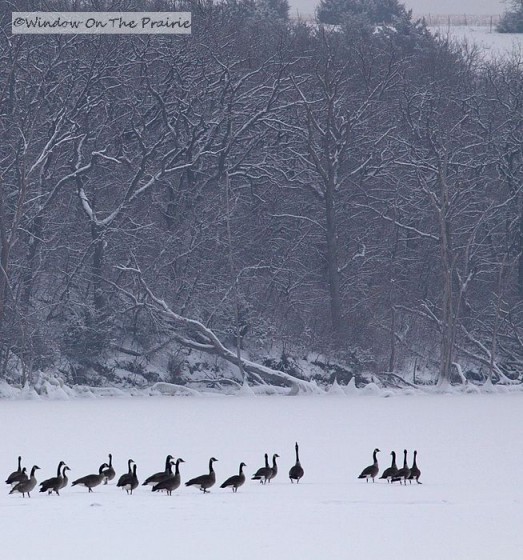 I heard a strange call and overhead an odd-looking bird appeared with his landing gear down, toes stretched out. 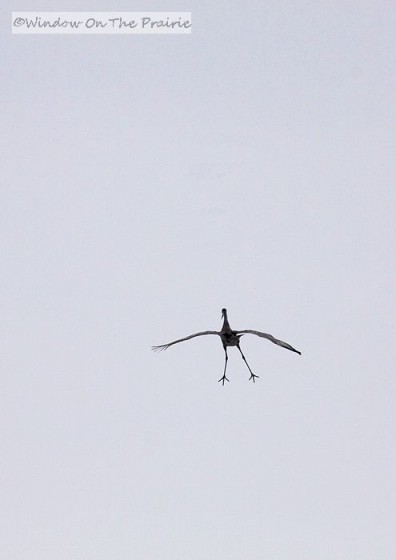 It was a Sandhill Crane. This is not their regular migratory path and we almost never see them here. He must have gotten blown off course. He came in for a landing. 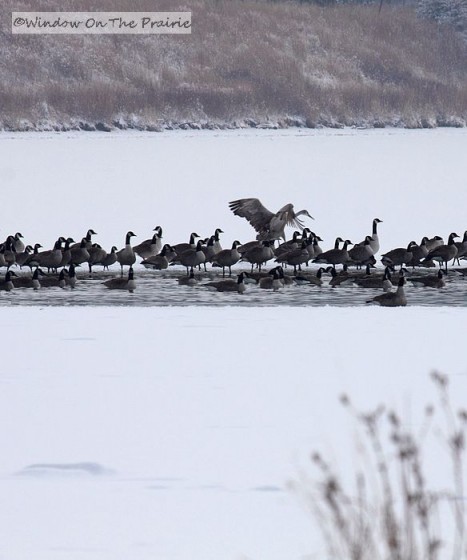 The geese looked him over, then resumed their chatter. He probably thought they were a bunch of funny looking cranes, and they thought him a funny looking goose. 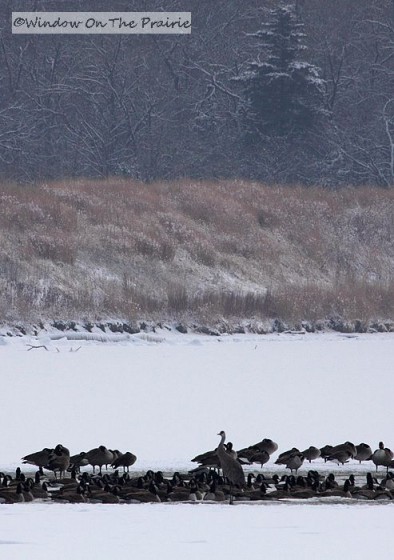 He took a long drink of water, then began preening.

We kept waiting and waiting  for the sun to peek through the clouds for better light, and it did finally poke through for a few seconds. 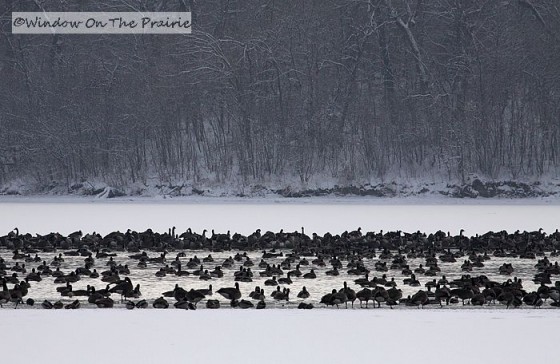 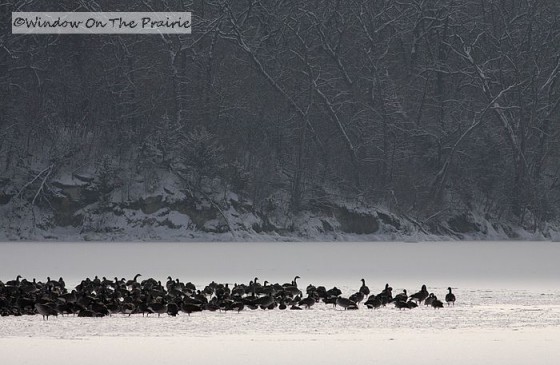 only to quickly hide again.

With chores calling us, we finally left the geese and headed home.

——> UP NEXT: A delicious homemade fruitcake. Trust me. 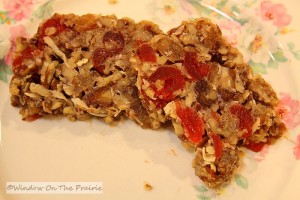