Snow On The Prairie 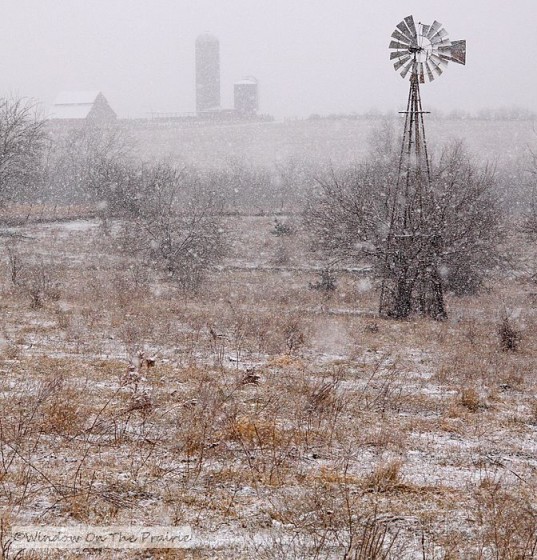 Old unused windmill- once used the power of the wind to pump water.

Saturday, unexpectedly, it began to snow. It wasn’t in the forecast, and when the first flakes came floating down, I thought that was all we would get. But the snow set in, and continued through the afternoon. 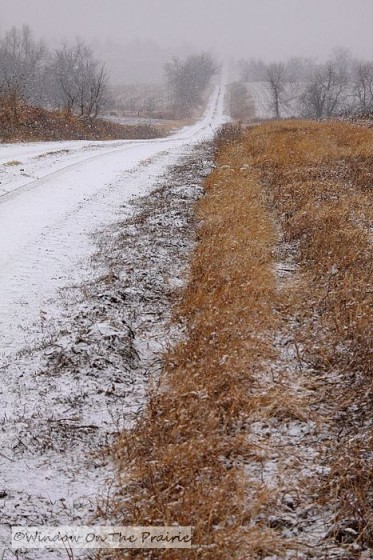 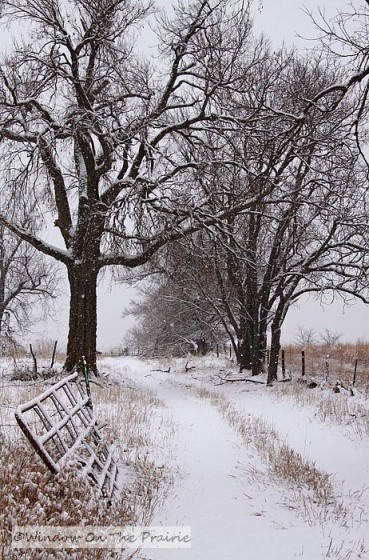 A gate lies open to an old farmstead where a house once stood.

It was a nice snow too. Not terribly cold, and no wind to blow it into drifts. 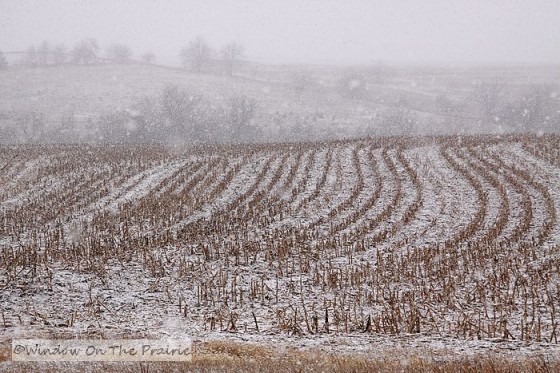 Rows of corn stubble curve over the hills.

Just gentle flakes falling to earth and clothing everything in white. 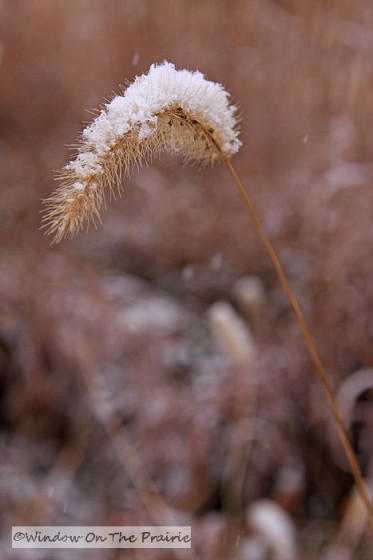 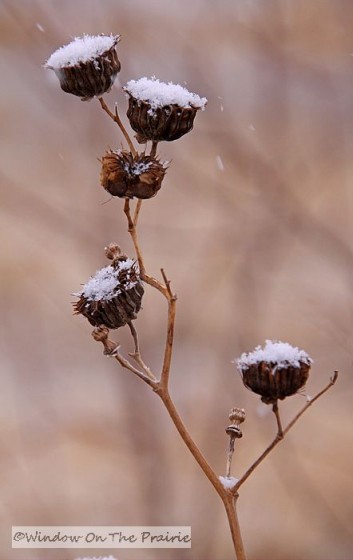 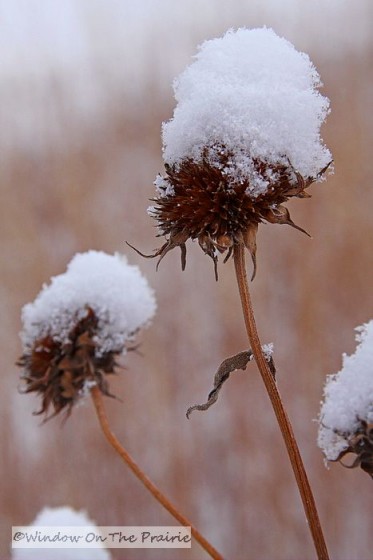 I hopped into my car, and took off around the back roads between the farm fields and pastures. 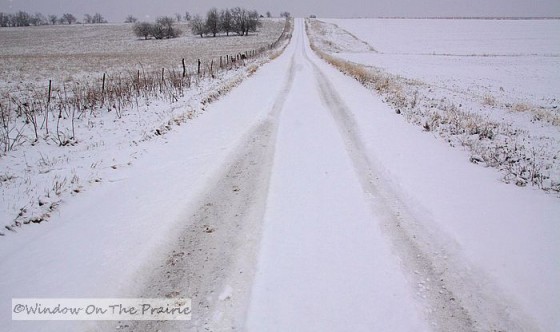 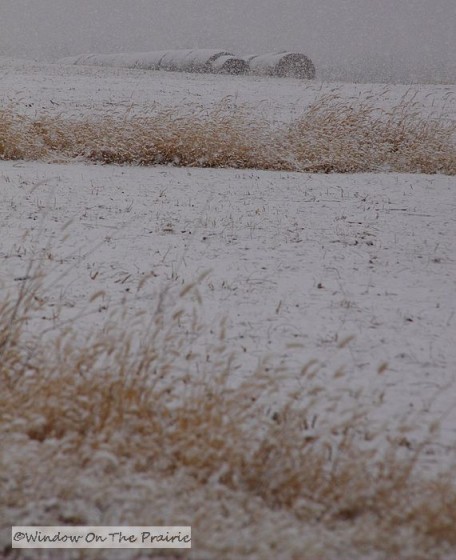 Haybales neatly placed in rows. Will be used to feed cattle this winter. 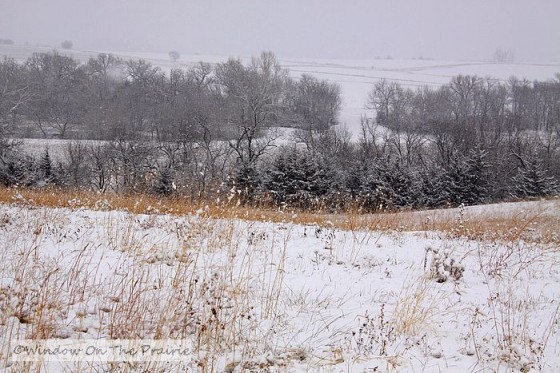 I passed old barns, windmills, and crossed over old bridges. 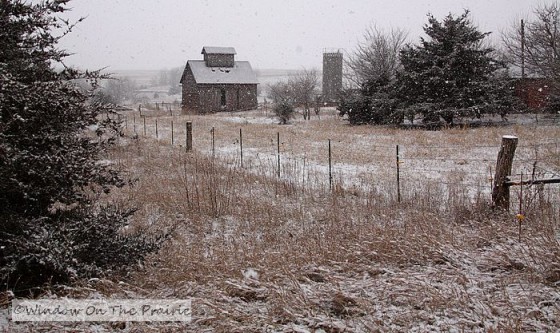 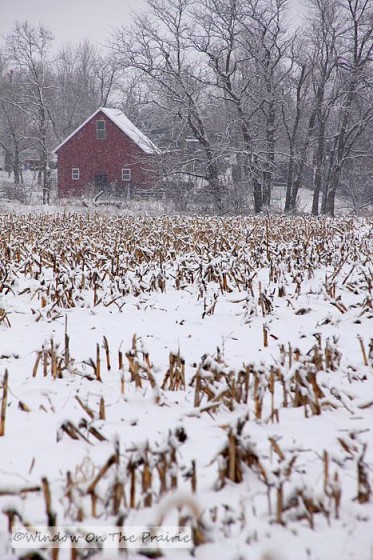 Red barn at the edge of a harvested cornfield. 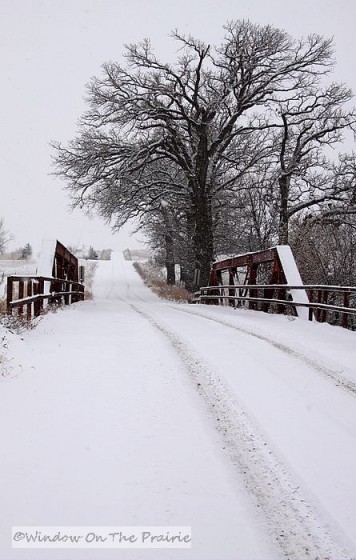 I stopped often to look and take pictures. 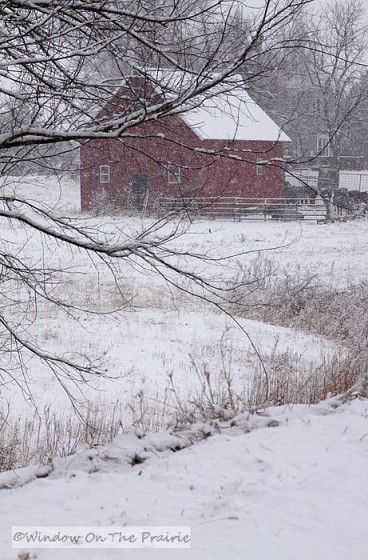 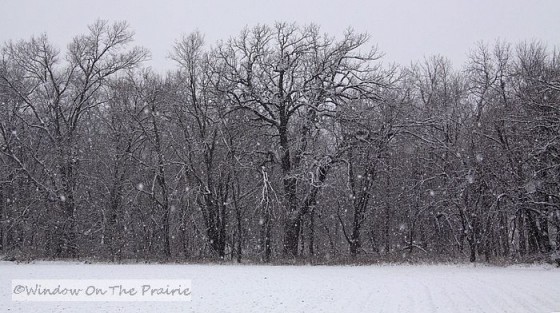 "The woods are lovely, dark and deep." 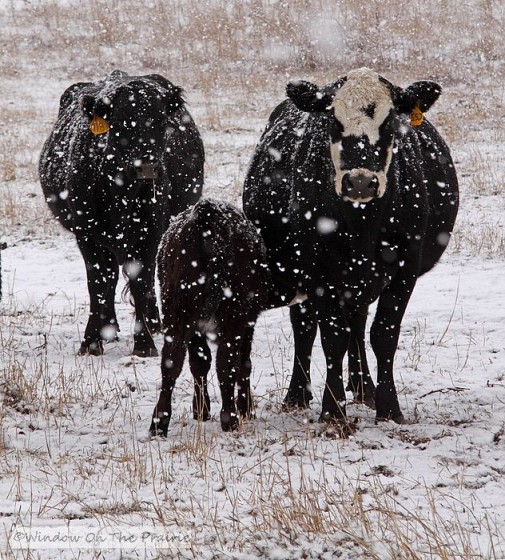 Old barns, unused and neglected for years, seem to take on a new dignity in the snow. 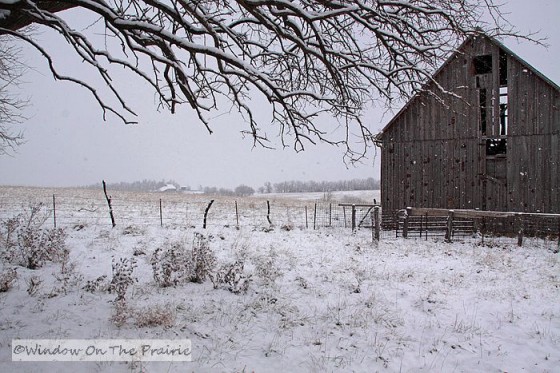 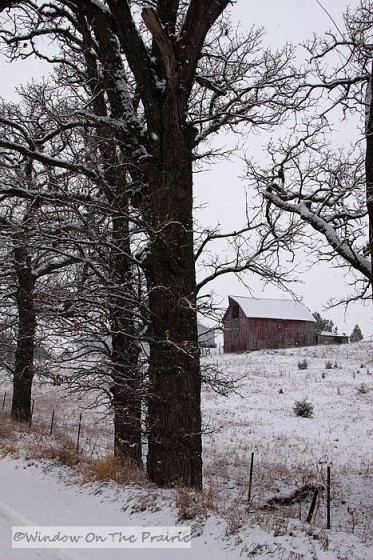 Red barn between the oaks.

A cattail, half of its fluff missing, wears a new white cap. 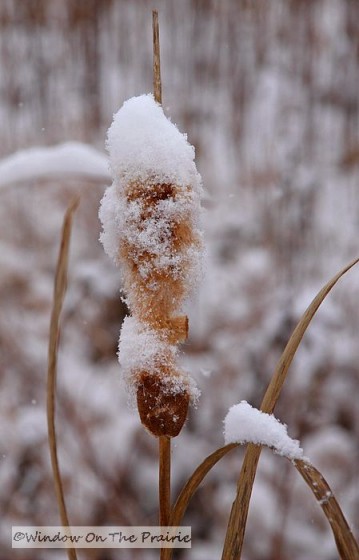 While a small bird huddles in a snowy bush. 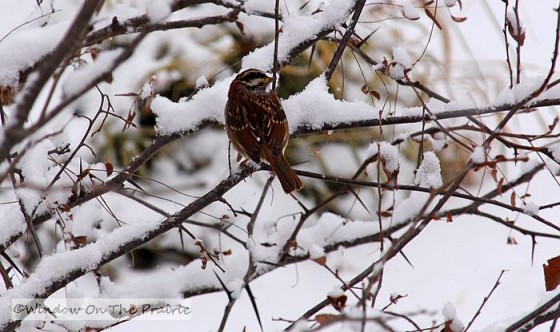 When I was in school, the bus would often get stuck on snowy days. The driver would leave the oldest kid in charge, walk to the nearest farm (no cellphones then), and come back with a farmer in his tractor. The farmer would pull the bus out of the snow drift, and we’d be on our way again. I used to love it when the bus would get stuck. It was so exciting.

What are your most exciting snow travel memories?

——> UP NEXT: Canada Geese on Pony Creek Lake. 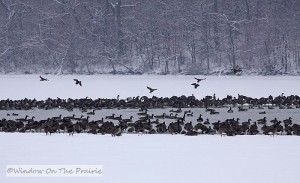 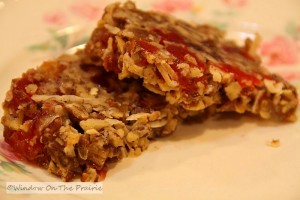 Tags: Snow On The Prairie